A few people have mentioned that they like my photos on this website. I'm no photographer but I do know how to make pictures look pretty. I don't even use the camera manually and all that malarky, I just take the shot and sort it out later. I shoot in a format called RAW which enables you to naturally adjust the photo like turning on a light switch. Most restaurants are obviously not lit to photograph well especially at night so the best photos are those taken in the day under natural light (Like the ones I took at L'Enclume). Others say they've not got the nerve to walk around taking photos with a proper camera. I'm so used to it now I don't even notice to be honest. Occasionally people glance over to see what you're doing, but everyone takes pictures all the time on their phones now that it barely even causes much attention. The only exception was when I was in Berners Tavern recently. This is the most beautiful opulent décor I've ever seen in a restaurant, with huge high ceilings and stunning elaborate plaster work, impressive intricate chandeliers and floor to ceiling antique looking paintings. I'd seen pictures beforehand, but when you're there it's WOW! 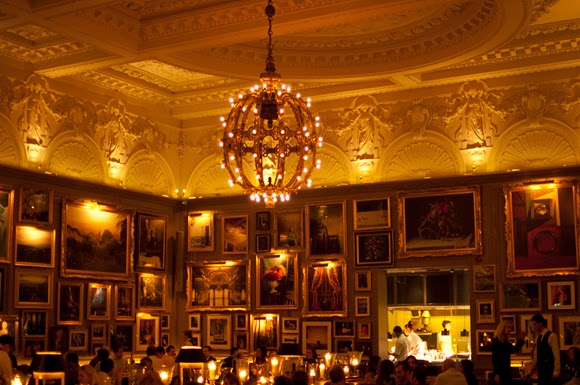 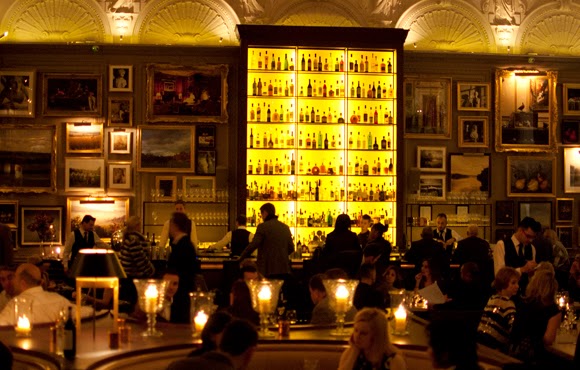 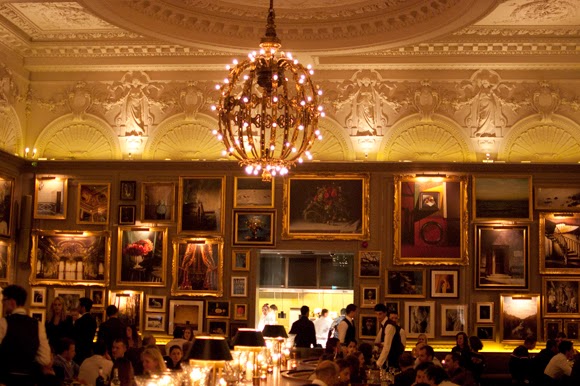 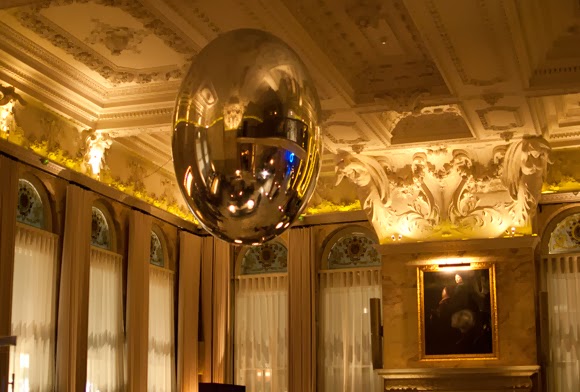 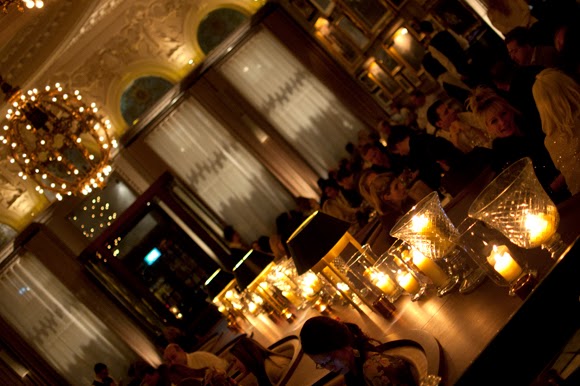 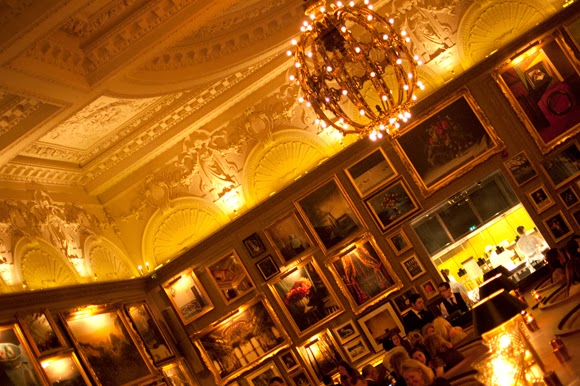 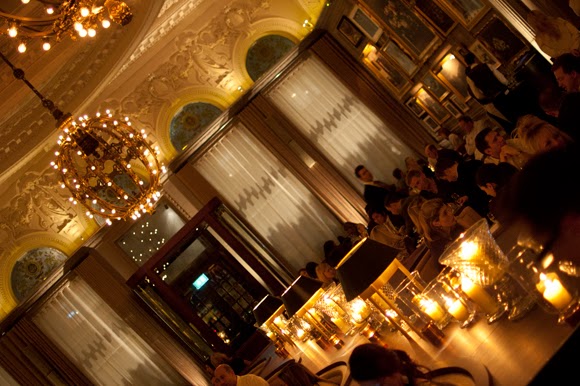 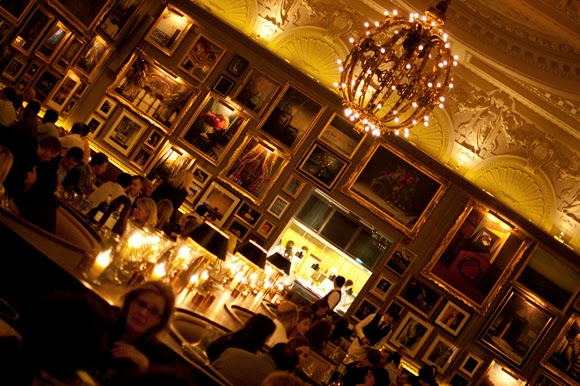 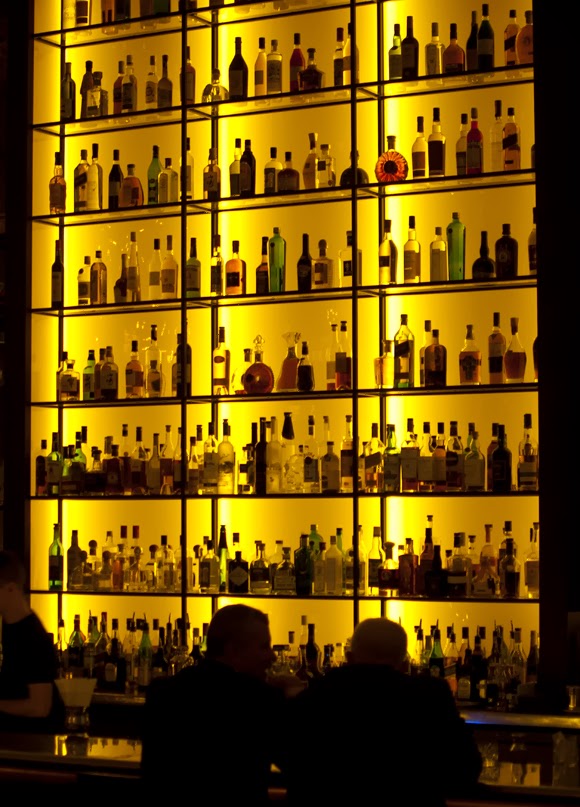 It's beautifully but darkly lit, so the photos of the food took a bit of tweaking here and are not up to the usual standard. (You never use a flash with food it looks awful). But as I was saying, it was the only time I felt self conscious, this is because the only people who were in the giant alleyways were the waiters and because of the way the booths were set out you could have several pairs of eyes on you at once. One table (glam Essex types done up posh for the evening), nudged each other and stared giggling, maybe they thought I was part of the paparazzi. I slunk back to my seat temporarily until we got to our proper table. A gulp of the my cocktail of choice the Old Fashioned set me straight. We'd all had a few cocktails already that night already so exact details of the meal are a little hazy to say the least. 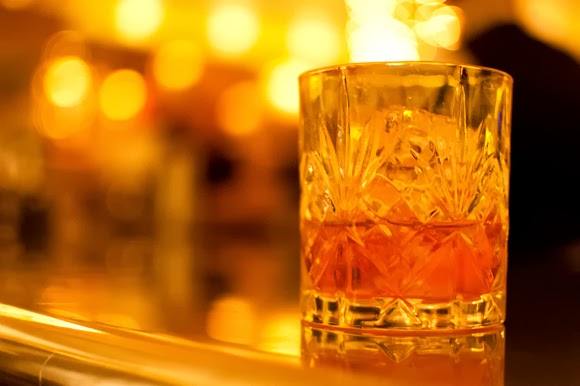 We were shown to our booth (which we were very pleased with) and set to order. The staff by the way were absolutely superb, I'd say to Michelin star level, and after a few drinks our party can be a little riotous which they handled with aplomb.
To start I had the “Egg, Ham and Peas” Deep fried Clarence Court duck egg, mushy peas and crispy Cumbrian ham (£8.50). This I thought to be lovely and comforting but just short of totally stunning. 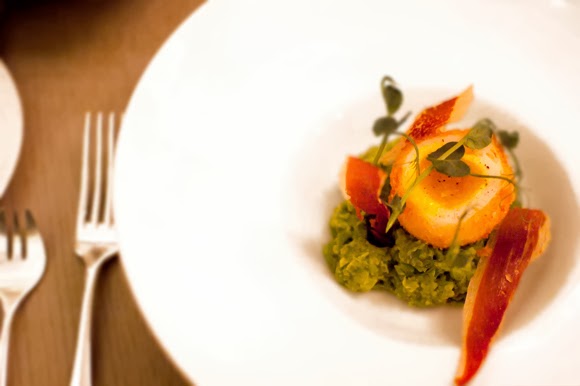 I also sneaked in a few fabulous Oysters (Native rock, West Mersea, Fine de Claire, pickled shallot, Vietnamese dressing) at only £2.65 each.
I'd already decided on my mains Whole slow cooked Irish Ox, tongue ‘n cheek, roast carrots and onions, bone marrow and horseradish mash (£40 for two people). I knew Mrs B wasn't going to go with me on this one, but I'd already decided I was having it on my own. 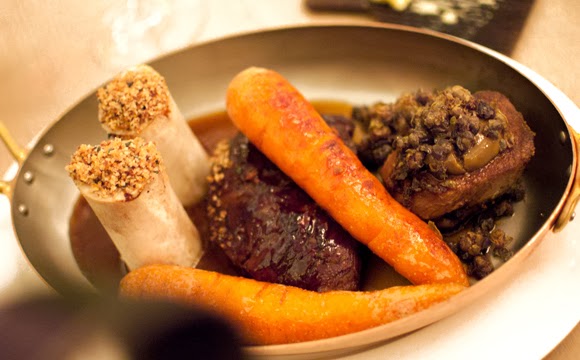 The waiter said that it wasn't  too much for one person. He was perfectly correct, the portion was decent if not really over facing. It was all good hearty food, but again I wasn't totally blown away. It was slightly tempered by how much this dish actually costs. I know I could have got something similar but half the price at The Parkers Arms in Lancashire. But to be fair you're paying for everything else that goes with it and we were in London having a fabulous time - hang the expense! My friends all shared a double seafood platter, it was a huge two tiered affair which they all seemed to enjoy immensely. (Unfortunately the camera couldn't cope with the darkness). We all raved over the crushed potatoes they prepared for us as they had run out of mash. (No I couldn't work out that one either).
The dessert was a complete disaster, a very dry éclair (Caramel apple and Calvados éclair, Devon cream salted caramel ice cream), both of which had clearly been left out for a bit and weren't the freshest. To give them their due they removed them from the bill. 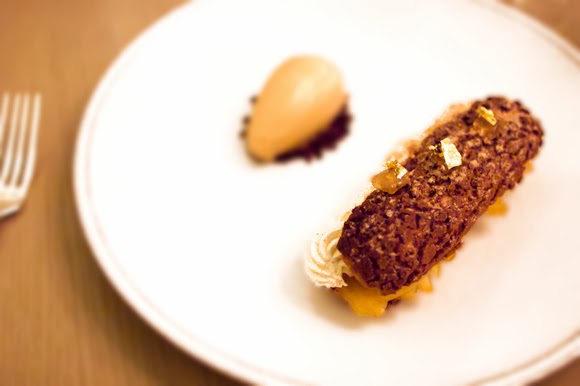 To conclude, we all enjoyed Berners Tavern, it doesn't give you the very best food in London, nor does it really attempt to, the food is very decent for what it is. What it does give you is the grandest dining room I think I've ever been in, a wonderful atmosphere and extremely good service. I think that is enough to have a thoroughly fantastic evening. 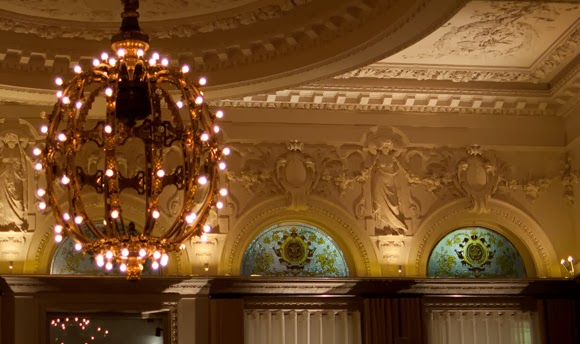 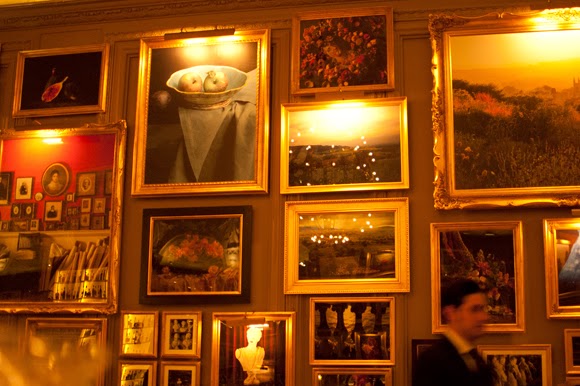 Berners Tavern is booked up for the rest of the year.

Follow @Bacononthebeech
Posted by Bacon on the Beech at 09:02