Despite being at least 15 years older than their average customer, (probably 20 in reality), I've always liked Almost Famous. How they've created strong and recognisable brand and have since expanded their empire has been really interesting to watch. People say they weren't doing anything different in terms of food that London restaurants like Meat Liquor weren't doing is totally irrelevant, nothing is totally new anyway. The fact that they did it before anyone else in Manchester is the point. It could very easily be the sort of restaurant that I'd think isn't really for me but for one thing; the burgers. There's something about how they make them that I find irresistible and I'm not sure how they do it, as I've eaten a lot of burgers this year, but these are my favourites.
We went down to their brand new shiny restaurant in the Great Northern Warehouse to see how they were getting on. Next door to All Star Lanes and Lucha Libre, it's quite a vibrant area now, but you can't miss AF with their giant photos of a blond model eating a mucky burger on the front door. Despite being only about 5pm it was buzzing already. You get your table number and order at the bar, great no waiting about; I've always liked this system. 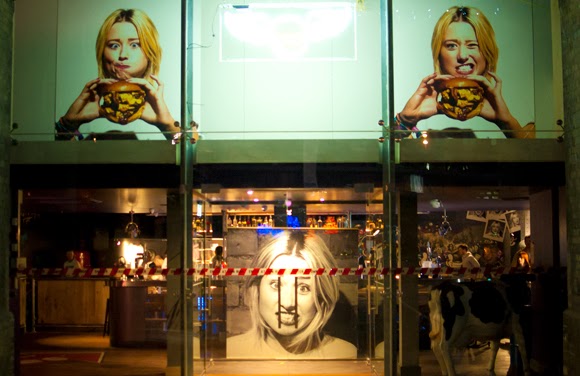 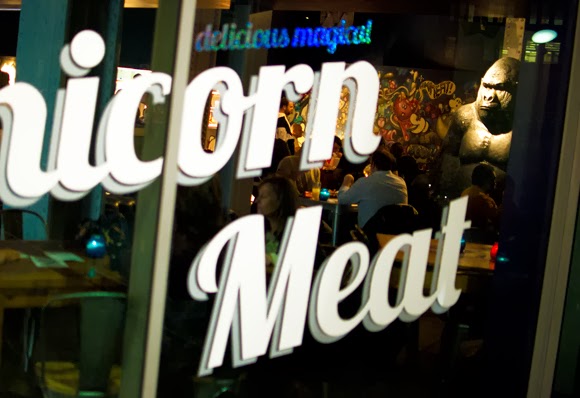 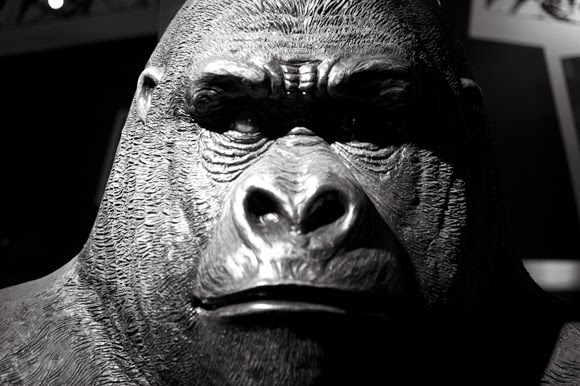 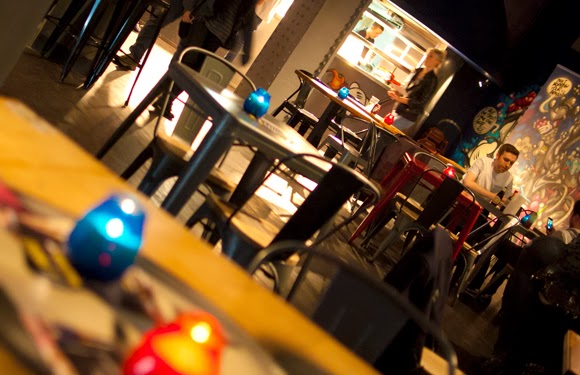 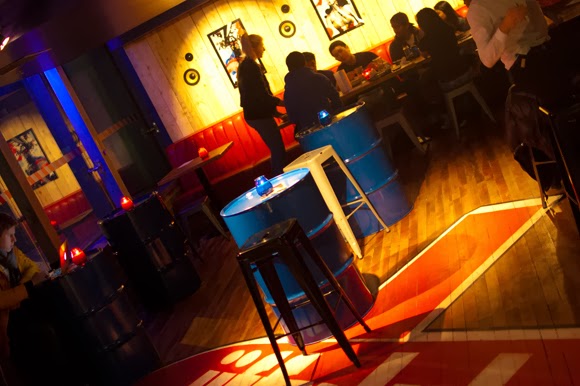 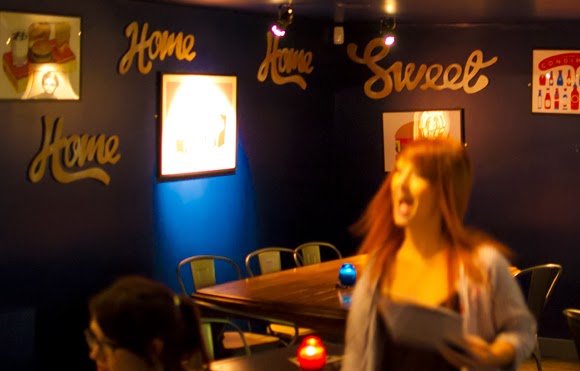 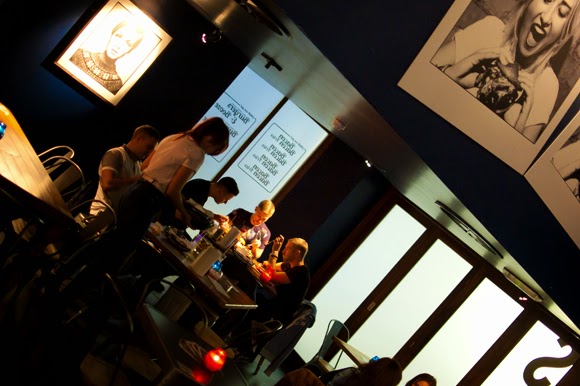 I got a Baddaboom Burger. Double cheeseburger, garlic butter brioche, bacon, chorizo, onions, chipotle marinara. (£8.50). Mrs Bacon had the Chilli Chilli Cheese Burger (£8). She declared it to be the best burger she'd ever had. I have to say mine was up there too. Like I said before, I'm not sure what it is they put in it, but it just leaves me going; f*** me that's good! It reminds me of my first taste of a Big Mac at about 10 years old. You might think that's an insult, but it's not at all; their burgers don't taste like McDonalds now obviously, but it's just like a food memory brought on by flavour intensity. (Your tastes are much more sensitive at an early age). 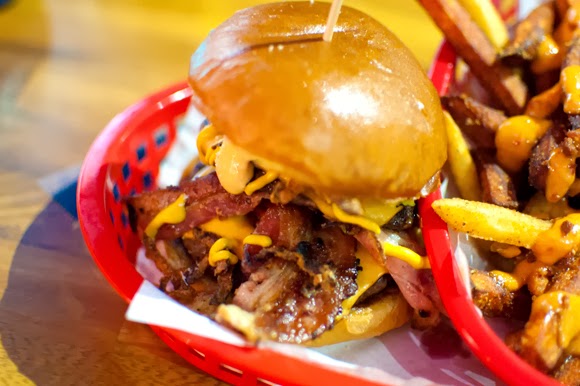 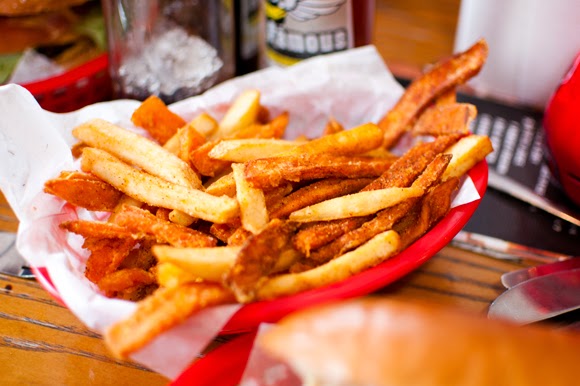 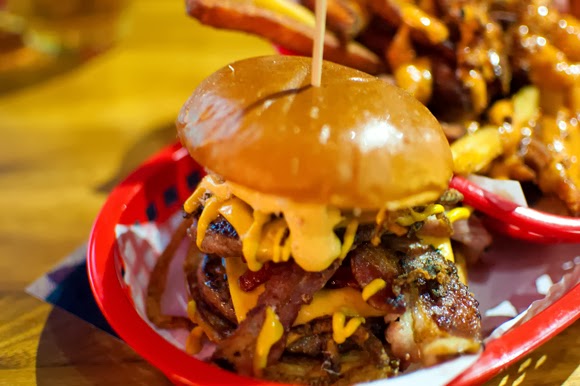 The meat of course is top quality, although plenty of places use Chorlton based butchers Frosts, their burgers are nowhere near as good. Chatting with Ellie from AF later she reckons they have a secret ingredient. Well whatever it is (crack?)* it sure is addictive. Unique too.
The space is big and industrial with enough going on, but as we're ancient, the music was way too loud for us, (I had to lip read), but then this place isn't really for the likes of us. When they re-open their Northern Quarter restaurant, we'll probably go to the original location for our fix of Almost Famous Burgers as it's cosier, but the new place is easier to get a seat. Either way we'll always be back for more. I hope they don't bring in an age limit though. 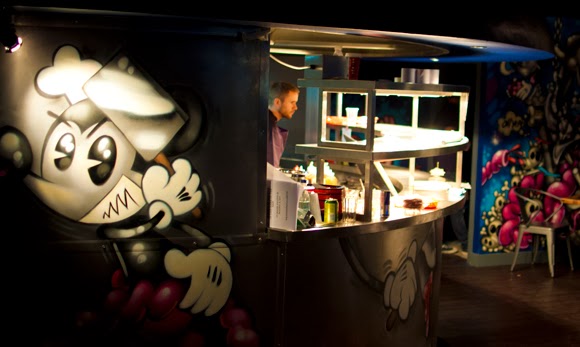 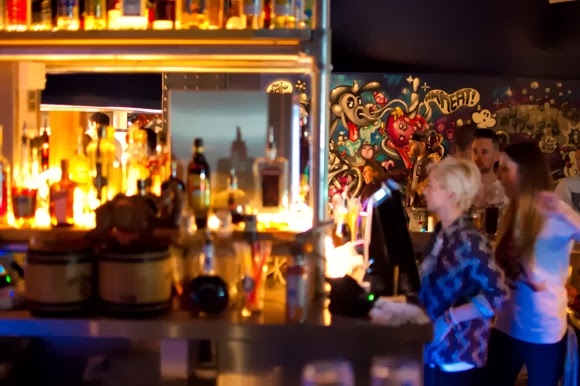 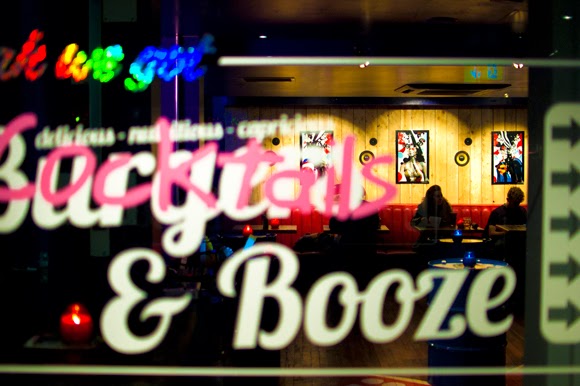 * I have no evidence that they use crack in their burgers.

Follow @Bacononthebeech
Posted by Bacon on the Beech at 15:32