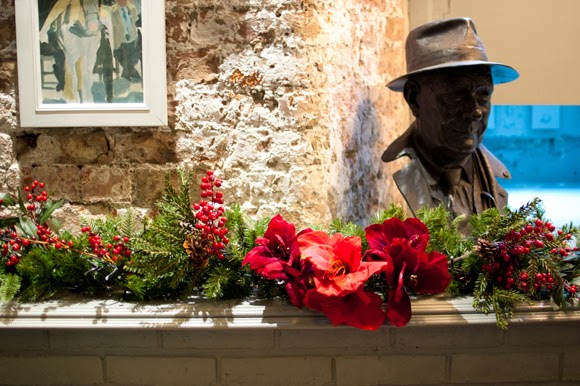 I went into The Albert Square Chop House blind, in that unusually for me, I wasn't armed with notes on what's good to eat from bloggers and reviews. This is because on a whim I took my folks there for lunch as they were up Christmas shopping. I've had drinks there many times as Mrs Bacon used to work nearby and we'd meet up for pre-meal beers before going on to somewhere else. I've always liked it, and the staff are friendly, so it's no surprise that it's very popular with council workers.
I reckon I can always order well going into somewhere that I don't know. So if it's some random pub I'll probably order steak pie or something like that. It's pretty obvious stuff, but I'd never order a steak or something they can easily muck up like risotto and never a curry or Thai. Strictly British old school is always the safest bet. In the case of the Chophouse, it was always going to be The Famous Steak & Kidney Pudding (Braised Mill Close farm steak & lamb’s kidney pudding, served with Chop House chunky chips, mushy peas & a jug of gravy, £13.00). I've had this beast in other chophouses and enjoyed it.
I took some photos while waiting. I really like it downstairs in the restaurant, although it has the usual exposed bricks and pipework going on, it still manages to be cosy at the same time. Mum and Dad loved it. 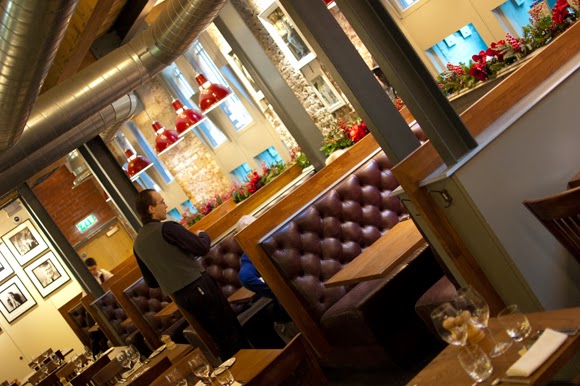 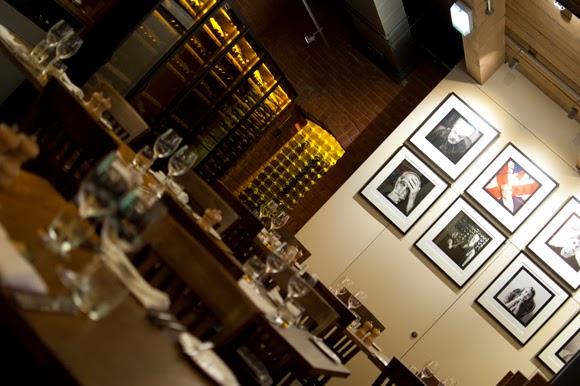 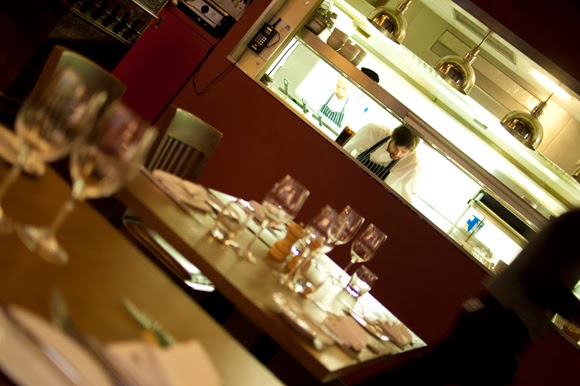 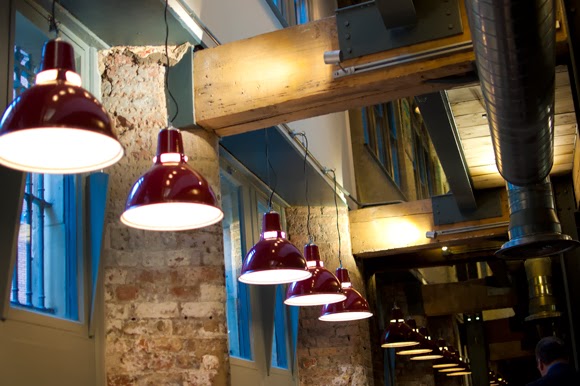 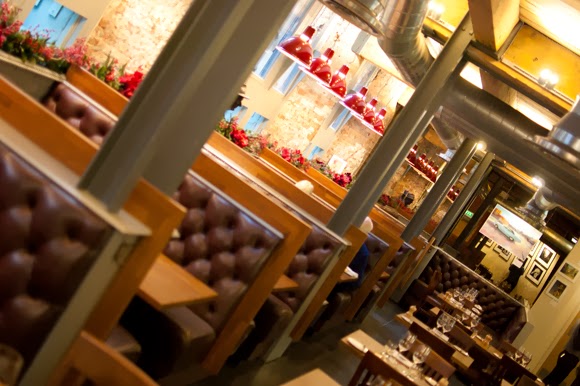 The steak and kidney pudding was less substantial than I remember it, but it's been a while. Essentially, it's like a posh version of the ones you get in chippys, warm and comforting soft suet pastry and a meat filling with your own little gravy jug. No faults there for what it was. The chips were spot on too. A little surprisingly, the service was bang on, I mean much better than I expected it to be. 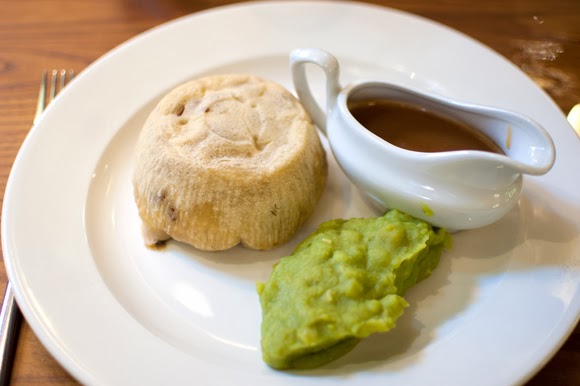 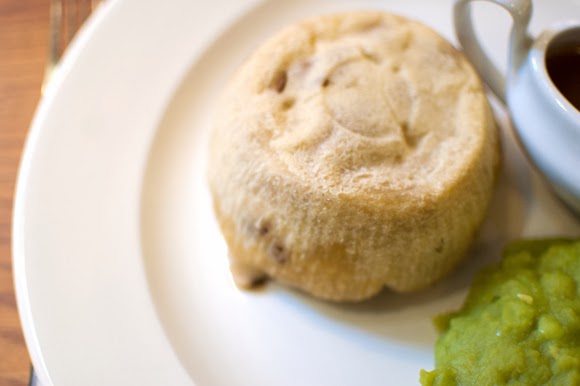 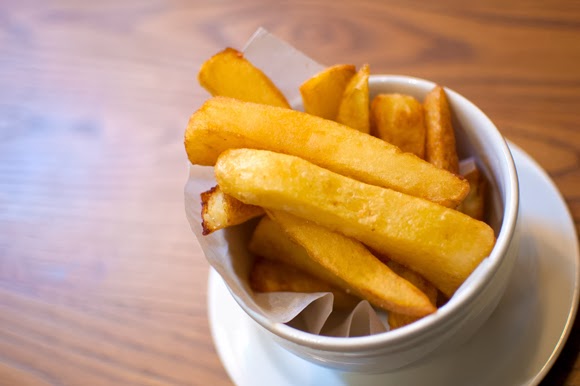 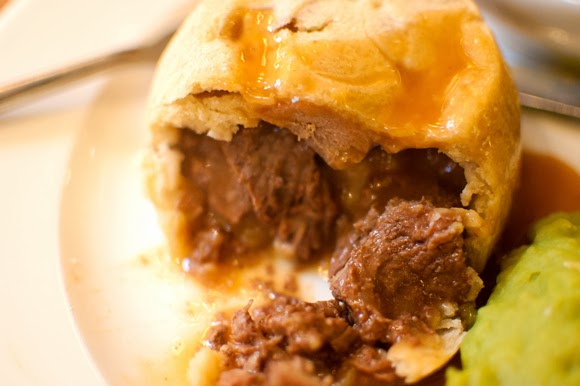 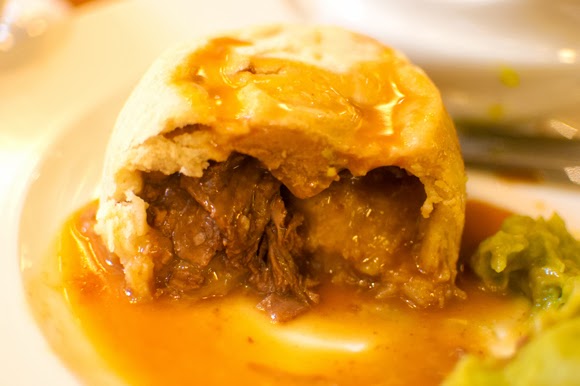 Yes, I enjoyed the newish Chophouse very much, the food's never going to set the world alight, but sometimes that's not what you need is it? 6/10. 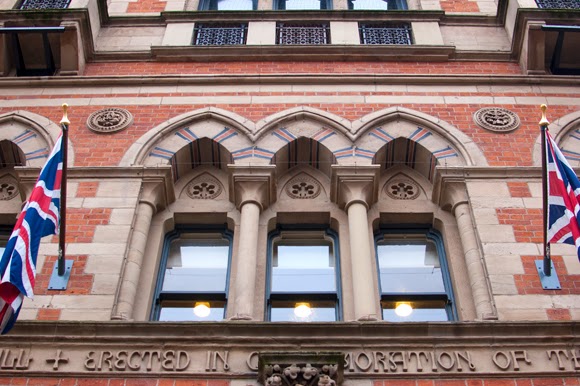 Follow @Bacononthebeech
Posted by Bacon on the Beech at 08:56