These are exciting times we live in right now on the Manchester food 'scene', but there's a tendency amongst the local press of talking up how good the restaurants actually are up here. We have a few excellent restaurants in The French and Manchester House (if you insist), and some great places to get burgers and the like at Solita and LLLB, but what about the general standard; the level of the average successful proper restaurant in comparison to London? Quite frankly it's still just not good enough, with a few notable exceptions.
I've just booked in at Berners Tavern in London, a new place that's all the buzz at the moment down there. The interior looks stunningly beautiful, but the food from the Jason Atherton camp is said to be equally as impressive. 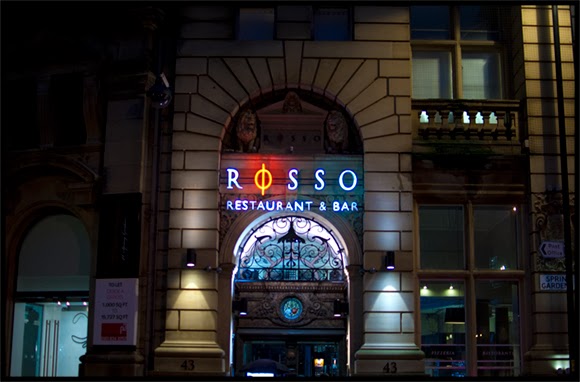 Comparing it to say Rosso (interior excepted), and unfortunately that's where the similarities must end. We were invited to to try their new menu, and went down last week. We've been before and thought the food was ok. (See here). Despite it being early (5pm) it was quite busy and this was still only mid week. I have to say that the interior is about as grand and opulent as a restaurant gets in this city. The dome is breathtaking. 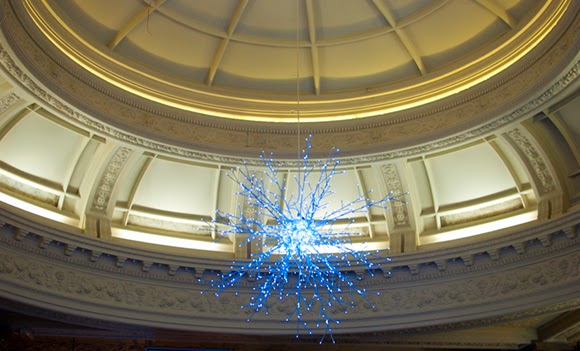 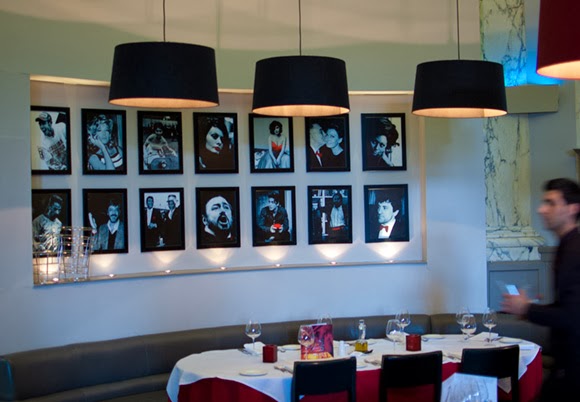 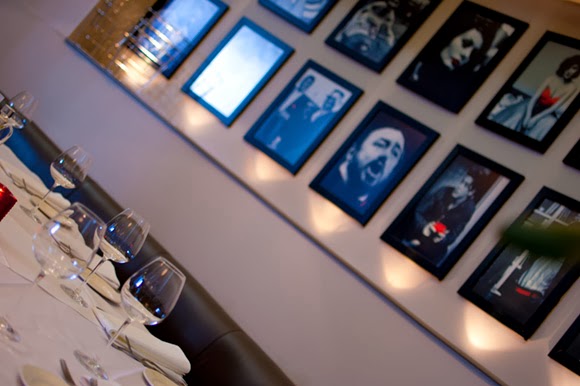 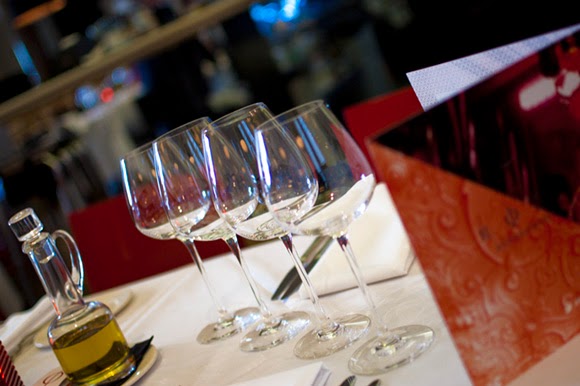 I could do without the pictures of the United players and WAGS though, it just looks tacky in my book. But then this place isn't really suited for people like me, and it is their USP I guess. But it's weird having famous stars from the past on one wall; Pavarotti, Robert de Niro and other vintage movie stars etc, but on another wall it's members of JLS and unknown women (to me) in short skirts entering the restaurant, as though being framed up there they're of equal importance to people with actual discernible talent.
I noticed there seemed to be a lot of 'ladies who lunch' in there, it's a great place for people watching, I always like to nosy at the sort of people who frequent a place - here they looked like the wealthy Cheshire set and business men on long liquid lunches. 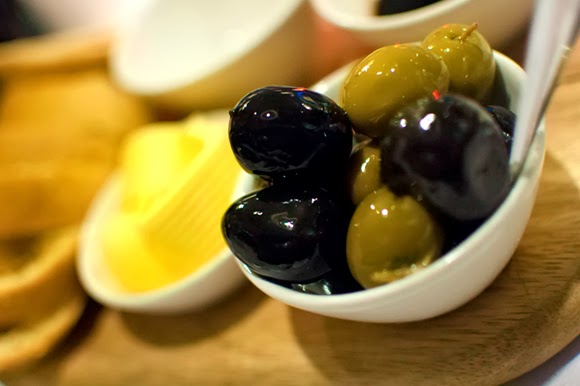 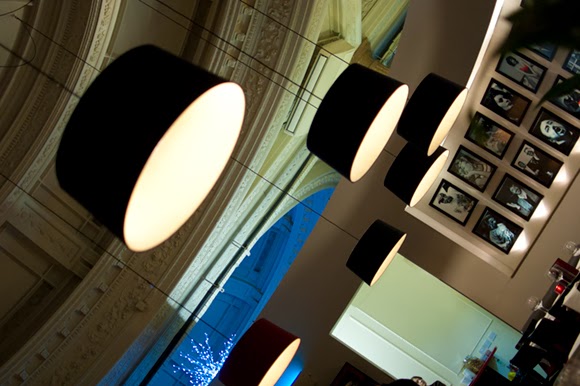 Onto the food, we ordered;  Garlic Bread and cheese. Despite this British staple not really appearing in Italy, it's a good example of a dead simple common dish that shows the care and attention to detail in the kitchen I always think. Sadly this was barely better than you'd get at a pizza takeaway. Same with the Pizza we had as the mains, not that bad but not that good either and nowhere near getting into my favourite pizzas in Manchester. 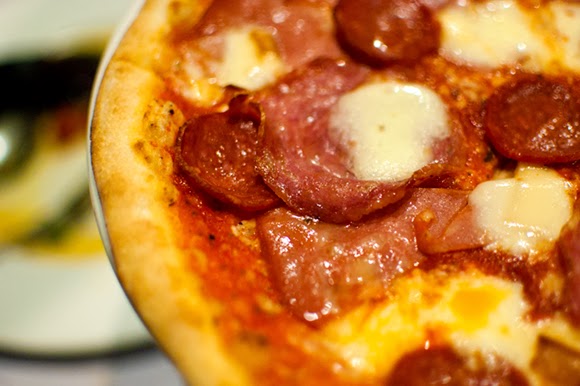 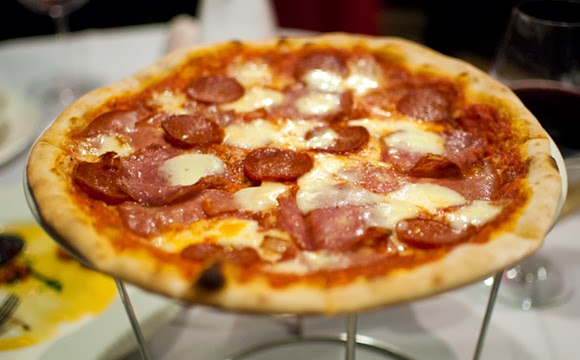 The Meatballs were better, they tasted home made and you could easily imagine making these yourself. 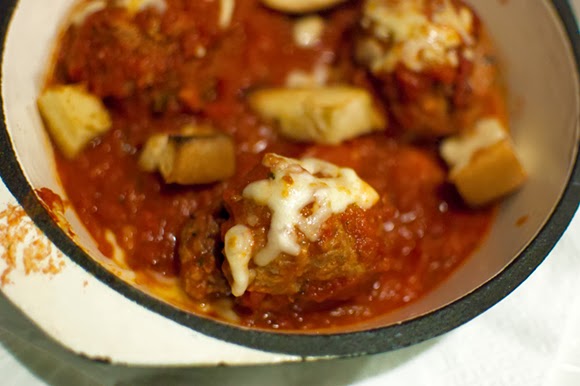 Carpaccio in stile Rosso was probably our favourite dish of the night, but really this was a case of letting the quality product do the talking. 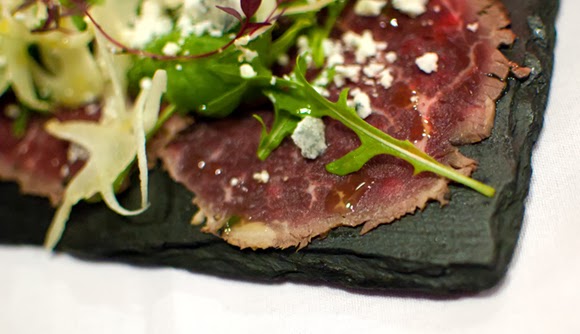 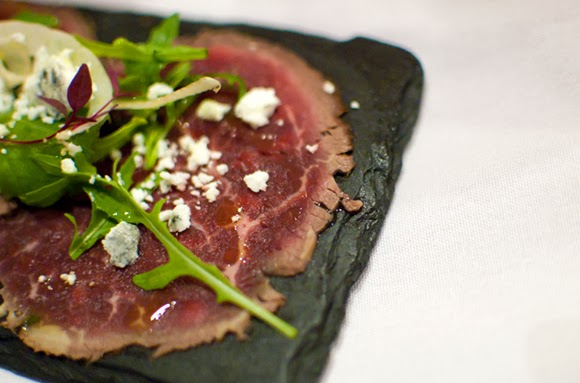 Risotto al Funghi; mixed with wild mushrooms, cream and truffle oil. On paper it has everything I want in a risotto, in practice it was most underwhelming. Earthy, chewy and al dente, which was good, but it was too dry though and just didn't have that creamy liquid truffle flavour that makes you want to scoff the whole lot down and lick the plate to boot. Another real disappointment. 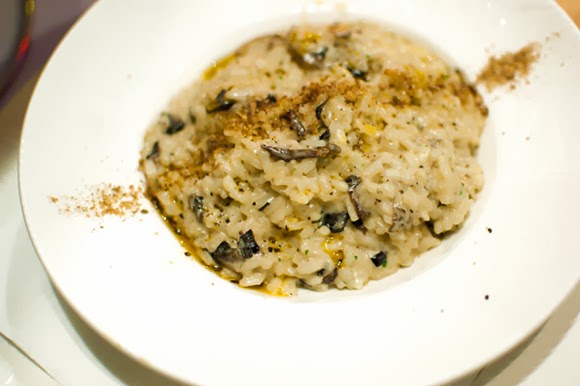 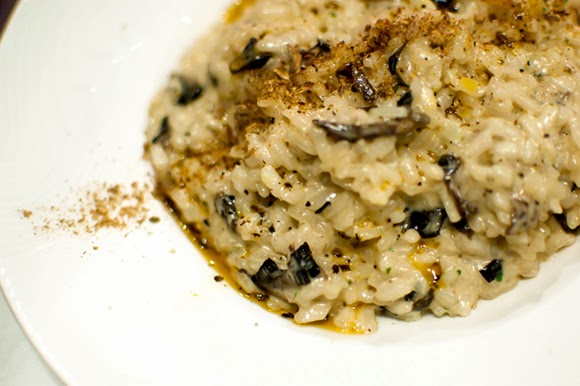 Ravioli Neri: black pasta parcels filled with a sea bass and crab mousse and cooked with fresh chilli, garlic and wild rocket. It looked the part, but it was over salted and dry and lacked the flavour it promised. 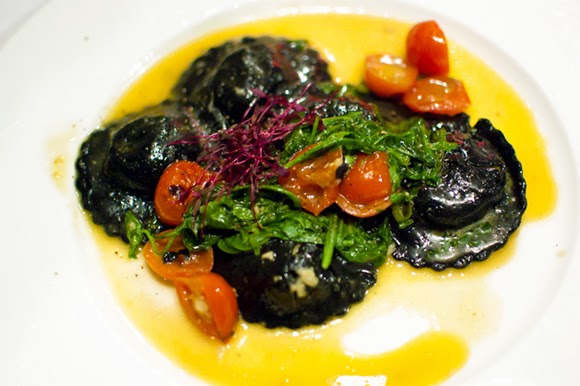 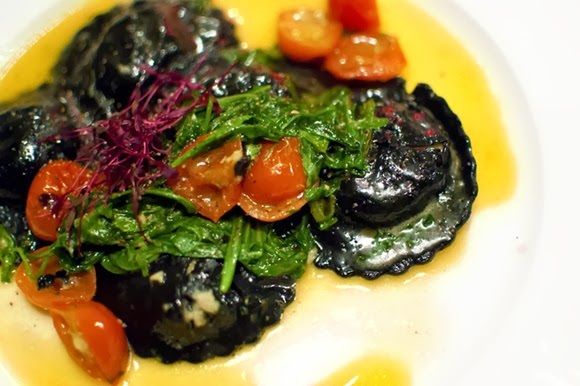 To end with a very decent selection of Italian ice cream and a Panacotta. After a coffee we left, full to the brim but unsatisfied. 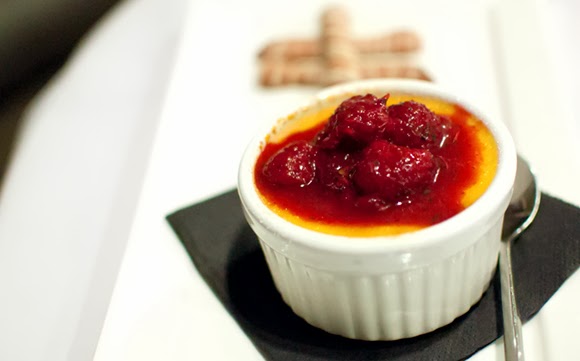 To conclude, Rosso is I think the epitome of a place where the quality of food seems to be less important than the other elements; the service and atmosphere are excellent. Sadly this just isn't enough for me. The food has to be better than this to make me want to return. In short: Rosso is all style with little substance. 4/10. 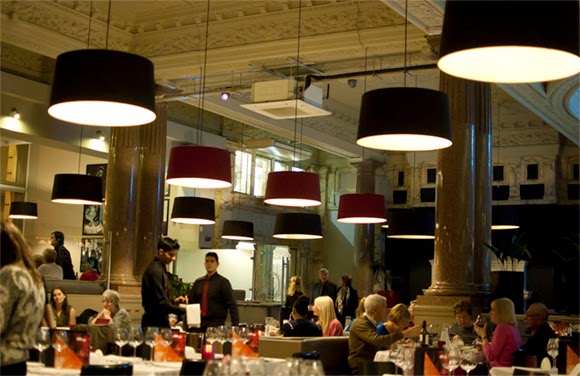 We didn't pay for the meal at Rosso. As you can see above it made no difference to my opinion.

Follow @Bacononthebeech
Posted by Bacon on the Beech at 17:41