I can't drink any more without paying for it the next day. I literally have just 3 pints and I get a brain splitting headache that can last for up to twenty painful hours. It doesn't stop me though obviously. The dirty donner kebab softens the blow a bit, but the following day I still want to eat vast amounts of comfort food. On Friday after The Beagle's first birthday party from the night before, it was the turn of Mumma Schnitzel in Spinningfields. I've heard loads of good things about these guys and their little van in Hardman Square near to Carluccio's. 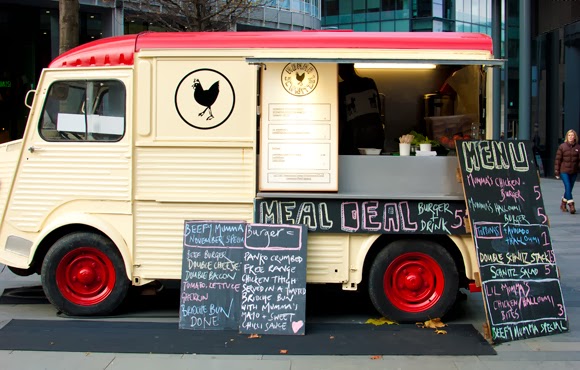 On the way I consumed a bag of Walkers cheese and onion crisps and a bottle of full fat coke hoping it'd ease the pain. It didn't. I arrived at 12.03 as they were just opening, and got myself a Mumma's Chicken Burger (£5). This did the job nicely, it didn't really touch the sides to be honest but, of what I remember it was pretty damn good. 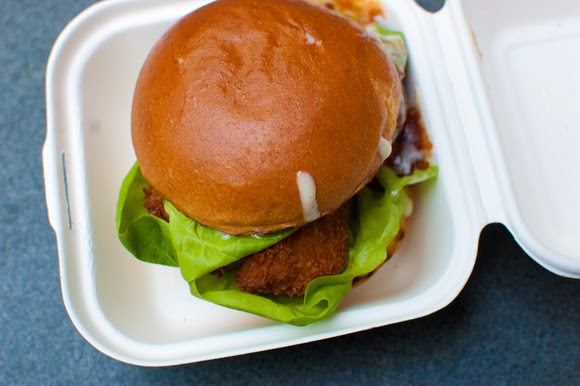 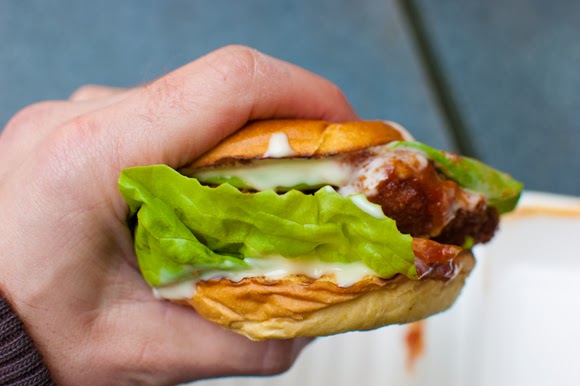 I waited for my next course whilst Sam wolfed his portion of chicken down that Holly and Matt had kindly given him. What a lovely touch! There was a queue building now and they'd only been open 10 minutes. Next I had the Beefy Muma Burger (£6.50). This was slightly less successful as the addition of breadcrumbs to the mix dilutes the flavour of the meat for me. I found that getting rid of the bun actually improved the taste. 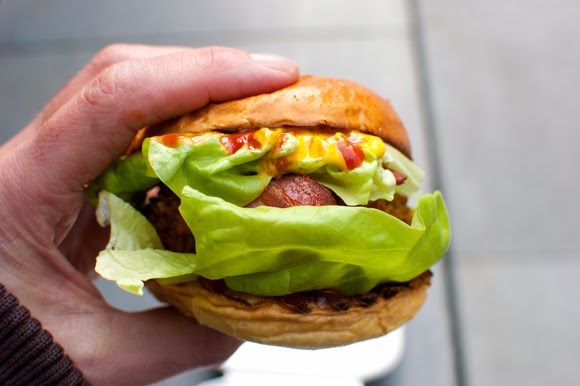 Well that was job done! I still had the headache though, but now I was full and hungover. And so it continues.... 5/10. 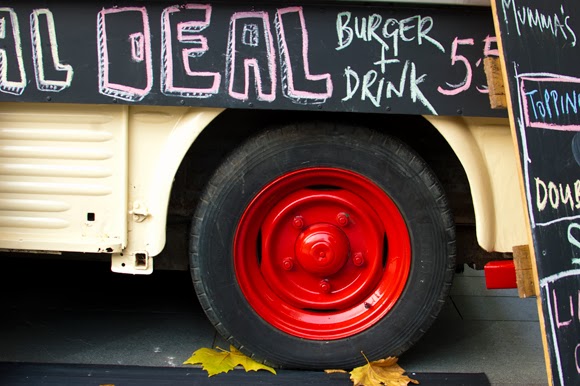 Soundtrack (as played from the van): One Step Ahead ‪Featurecast Re-Edit - Aretha Franklin.

Follow @Bacononthebeech
Posted by Bacon on the Beech at 16:29