How I fell out of love with the Christmas Markets.

First of all let me say that I love Christmas. I love everything about it, the tackiness, the presents, the food (obviously), the booze, the parties etc. I always have done. I'm generally not one of these people who moan about the season to be jolly. I've been going to the Manchester Christmas Markets since they began 15 years ago. I visit religiously every single year, at least three or four times. I walk up and down looking at the stalls, past the giant singing moose head trying my best to feel 'christmassy', taking photos usually, I've always enjoyed it.
But recently a nagging sinking feeling has been eating away at me. I've started to enjoy it less and less each year. Perhaps it's me I thought, I'm just getting more miserable with age. But it seems quite a few people on twitter seem to feel the same way. 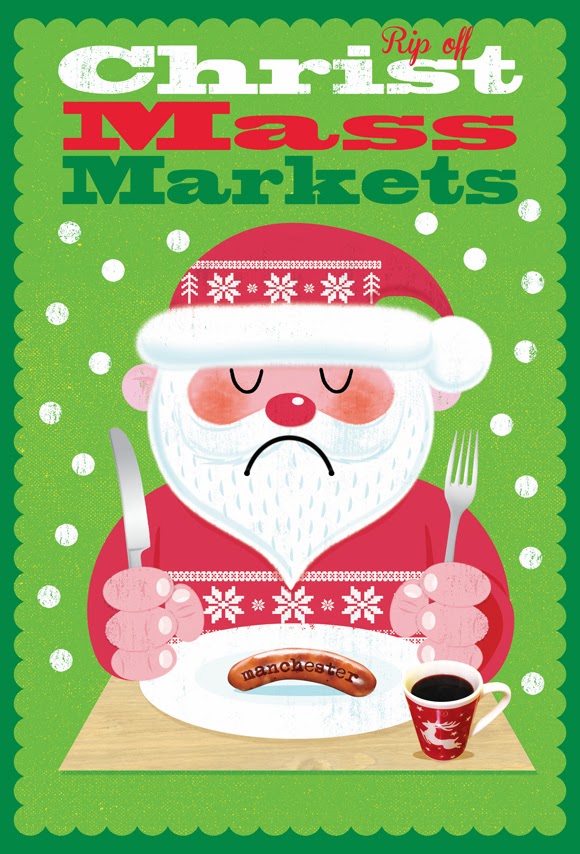 These are my main points.
1. Expense.
The prices are ridiculous, they're charging as much if not more than local pubs for drinks but without as many overheads such as seating, heating, service, etc. Although I have heard that it costs £3500 to rent a stall/cabin for a week. If this is true, it just illustrates how much profit they must be making on top of that. It seems that they can charge whatever they like and people will pay it. How did we get in this situation where a market stall can be more expensive than a proper restaurant? Meanwhile half of the shops on King street lie empty, which is ironic considering the market takes up all of this street currently. What happens when they leave? It'll be quiet again, like a ghost town.
Many restaurants profits are down because they drain all of the potential customers to the markets instead. Even proper successful restaurants like Yuzu* and Solita report quiet nights - all because of the markets. They don't have a level playing field. Most of their profits are likely to leave the local economy too.
2. Over crowded.
Last year we went to Prague and the markets there were simply stunning. Having them in a beautiful massive medieval square helped obviously, but they didn't overcrowd the square. They could have filled it several times over with stalls, but you had room to walk around. They provided lots of other things for children too, such as an animal corner in a little petting zoo, a beautiful stairway to look out from, a manger etc. It seems our council just want to ram as many stalls into the space as possible to maximise profits for them, making it difficult to move around. 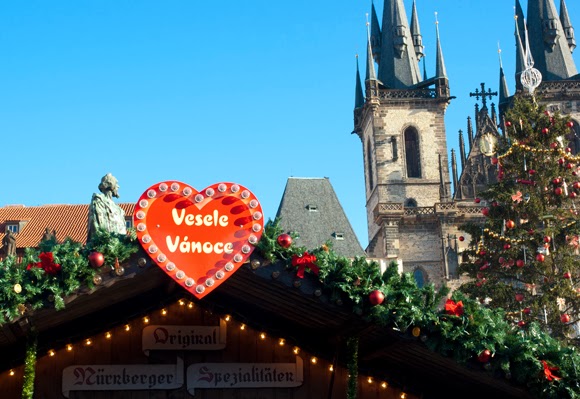 3. Quality.
I've eaten from many stalls and I can't recall anything being that good. I'm sure there may be places that do decent food, I just can't think of any at the moment. The sausages are often just your standard mass produced rubbish. Why do we put up with it? We wouldn't eat that crap at home. There are a few quality stalls down in Spinningfields like Mumma Schnitzel and Margo and Rita, but these are more permanent street food operators that you see all year round and stand apart from the the main Christmas market in Albert Square which I'm mainly referring to.
So there we have it in a nutshell; over crowded, overly expensive and often poor quality, it's time to re-think the markets. Bigger is not always better. Or perhaps profit must always comes first?
I'd recommend you do like I did on Friday evening after the hell of the markets; to retire to a nice calm quiet restaurant or bar where it's warm and there are seats and you get this thing called service! At Mr Coopers Bar I enjoyed a lovely Rum and Raisin Old Fashioned cocktail (or three) for the same price as a Glühwein served in a naff plastic cup standing out in the cold, freezing my nuts off! So that's how I will be feeling 'Christmassy' this year; cheers to that!
*Yuzu reported sales of just 25% of the previous weekend on Saturday 23rd November due to the markets.

For more information on the income the Council made from the Christmas Market stall holders from previous years see here. In 2012 it was £1,474,256.56.

Follow @Bacononthebeech
Posted by Bacon on the Beech at 16:53