Good grub can come in the most unlikely of settings, well perhaps not really so surprising as The Guerilla Eats group of street food traders were catering at the Indy Beer Man the other week at Victoria Baths. This was the most enjoyable beer festival I've ever been to. Having it in these beautiful old tiled swimming baths was a stroke of genius - it really made it very special - as most beer festivals are in large cold halls with zero atmosphere. Wandering from one room to the other made for a real fun afternoon, I especially liked the darker room with the DJ playing chilled tunes and the little Turkish baths which were like a chill out room in a club. In fact, the whole thing reminded me of the atmosphere of the Sunday afternoon at music festivals we've been to like the Southport Soul weekender, a mellower vibe after the madness of the big Saturday night is over. 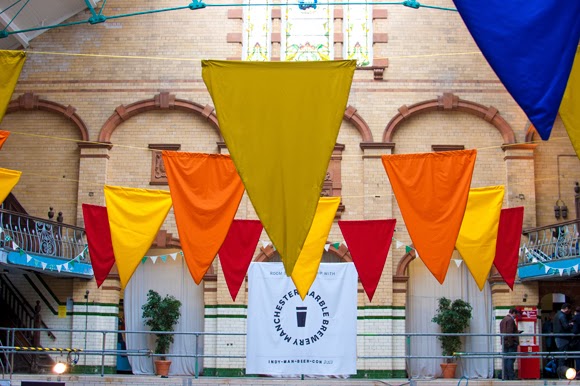 So after a few lovely but quite strong brews, I needed just something to layer my stomach, and we came across The Great North Pie Co. stall. I'm aware of these guys as they sell their product at the Chorlton Green Brasserie near to me, however although tempted, I always felt it was a bit overpriced. At £13.50 with sides it was pretty much double what you can get at Pi in Chorlton and they don't have real ale on. Plus at The Beech opposite it's £1.50 for some very fine pies. However I bumped into the stall, and as it was only £5 it was a no brainer. It's always a good time for a pie with me. 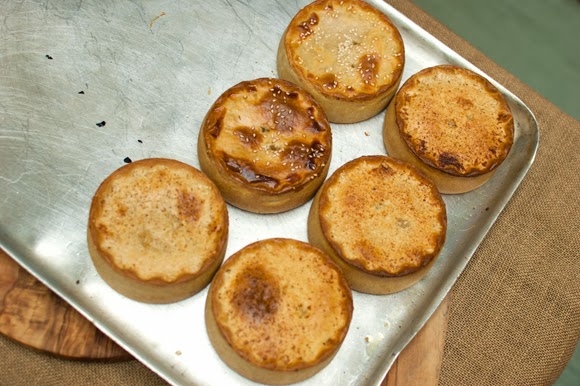 I tried the Minced Beef and Onion with Ox cheek and Red Willow Oyster Stout. Jesus, this was good! I recognised a fellow foodie in Neil Broomfield. He was telling me about his mash and peas liquid jus, which really works and was inspired by trips to Michelin Starred restaurants in the Basque country. Well that was enough to set me off and you couldn't stop me. My mates wandered off. I think to shut me up, Neil offered me a complimentary Lancashire Cheese and Onion pie which if you know me, you'll know I happily accepted. Well I've never eaten a better cheese and onion pie. "Bloody hell mate, this makes me emotional it's that good!" I said. I had necked quite a few beers though by this time.
I'll be sampling more of Neil's pies soon that's for sure. They stock them at Out of the Blue Fishmongers in Chorlton. It's a very fine local product that's as good as you're going to get; I've almost eaten all the pies and these are the best I've tried. 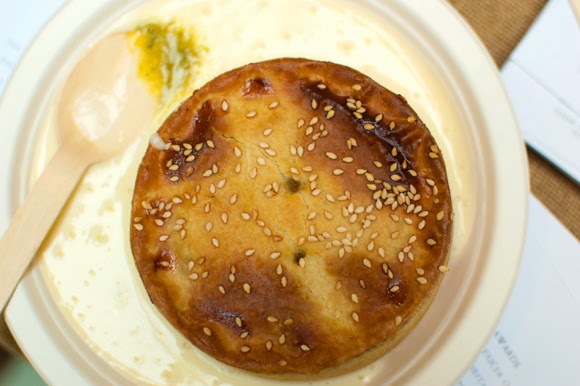 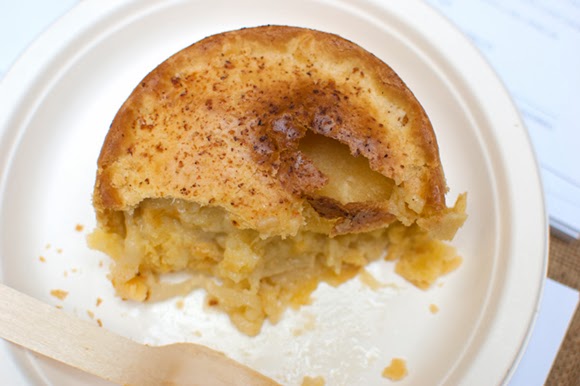 I picked up some more of these pies yesterday at Altrincham Market. This time I had Beef Shin, Pearl Barley, Pancetta Gravy and a Leek & Potato Pea Cream, White Truffle Oil. Both were excellent with the beef shin just edging it in terms of favourites. Mrs Bacon agreed with me, these are the finest pies we've had. 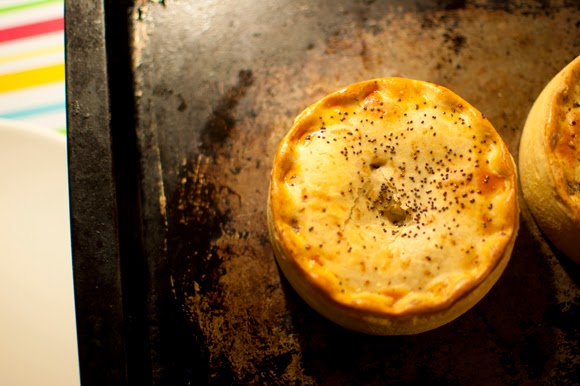 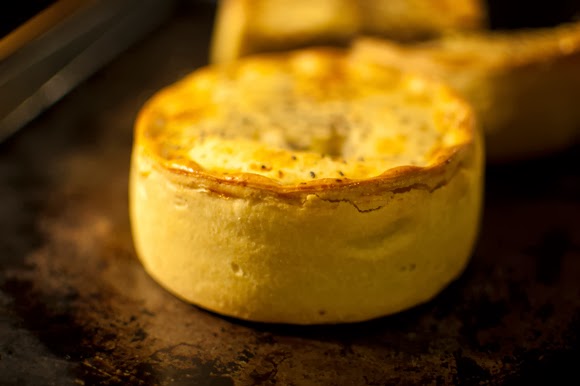 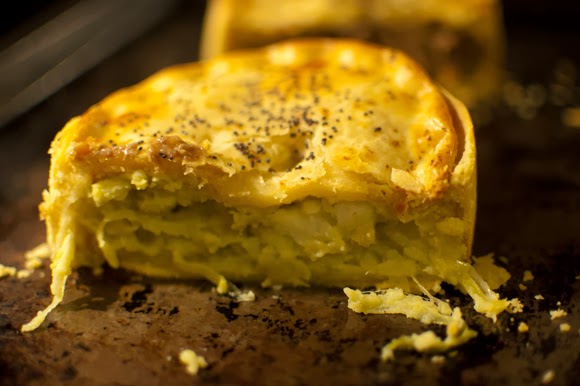 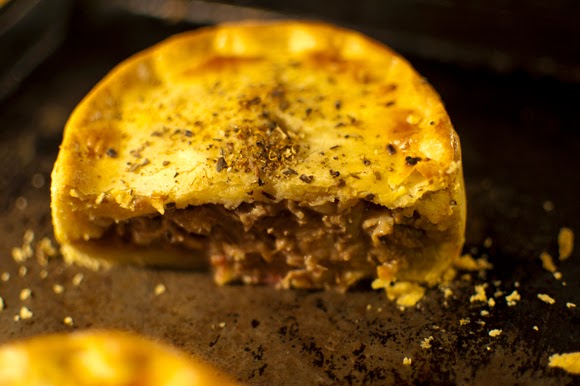 
Follow @Bacononthebeech
Posted by Bacon on the Beech at 16:36