It just looks so unlikely, Zam Zam is opposite Electrik bar in Chorlton sandwiched between Subway and Dixy Chicken, it doesn't really look much better than either to be honest. I'd seen people praising it on a local website, but it wasn't until someone mentioned the chops being as 'good as Tayyabs in Whitechapel' that I thought I'm going to have to give it a go. Tayyabs is famously one of the best rated traditional Punjabi restaurants in London, high praise indeed. 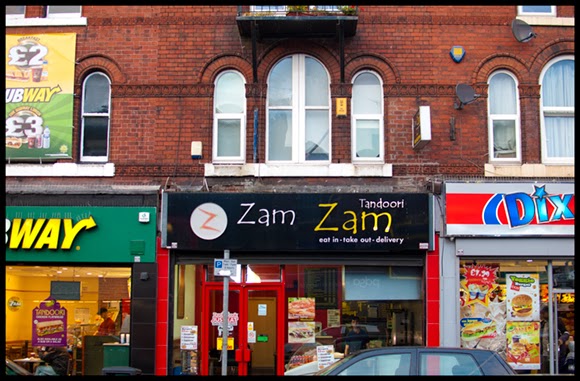 Entering Zam Zam, it looks like any other scruffy takeaway, serving kebabs as well as pizza is never normally a good sign. The fella behind the counter couldn't understand me either, I was trying to ask him for his advice as the Nihari wasn't on - what would be a good alternative? Maybe he hadn't been asked for his opinion before and I was confusing him by asking him baffling questions, plus I guessed English wasn't his first language. This is not a restaurant and there is no pretension of customer 'service'. You go in, you order and you f*** off with your food. You don't, like me try and ask for 'advice'.
I settled on Tandoori Lamb chops (5 pieces £5.50 with a nan), Karahi Kofta (£6.30), Karahi Lamb Chops (£6.50) After a quick drink in Electriks (the fabulous Thornbridge Jaipur IPA) plus meeting Blue, the dog and bar mascot we took our precious package home. 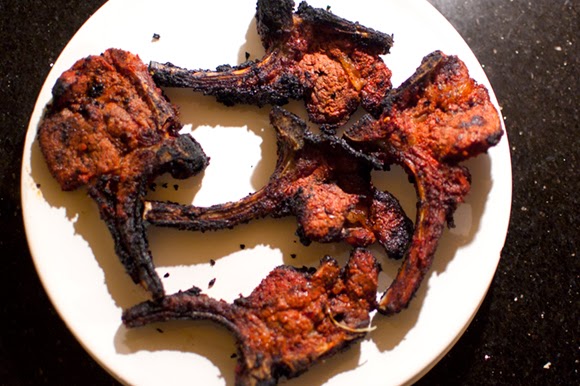 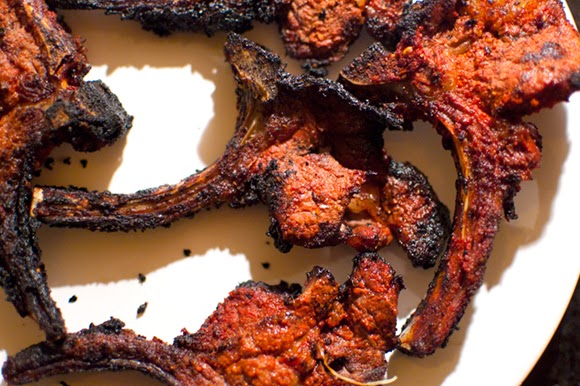 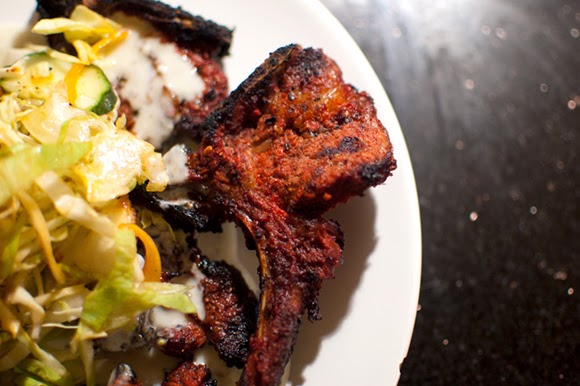 The Lamb Chops to start, they were bloody sensational with that burnt charred crispiness but underneath, rich tasty juicy lamb meat, it's brings out a kind of caveman instinct gnawing on a lamb bone like this, I felt a genuine sadness when I'd finished them and carefully picked the last remnants of flavour off the bone.
The Karahi Kofta and Karahi Lamb Chops were equally as tasty, rich intensely flavoursome sauces with both, we were both highly impressed with these authentic traditional curries from the most unlikely of locations. So it looks like another addiction has started.... 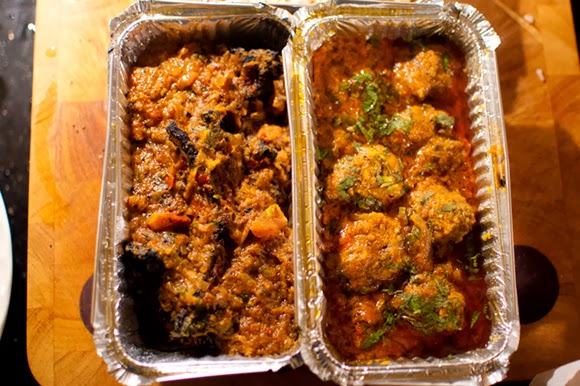 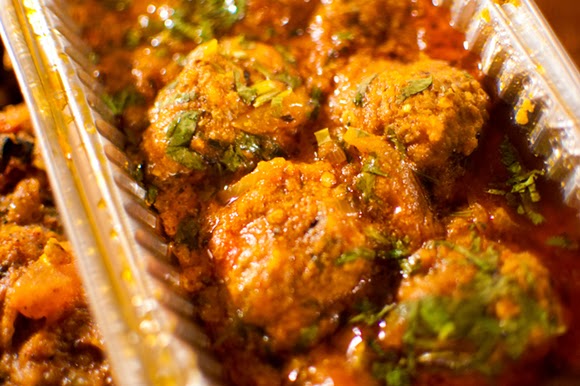 * Since writing this I found out that the family who run this used to own The Tandoori Kitchen, an excellent Rusholme restaurant that's sadly no longer there.

Soundtrack:  I Just Can't Get You Out of My Mind - Four Tops.

Follow @Bacononthebeech
Posted by Bacon on the Beech at 17:07