Why do the Spanish eat so much fish?

I suppose the next line should be "whereas the British don't."
I guess it's a cultural thing, it seems like people in Spain have always eaten a lot of fish, not just a certain type of middle class 'foodie', but everyone does, it's just a part of their gastronomic heritage. You can understand it on the coast, it's often a local product after all. But go to the tapas bars in landlocked Madrid and it's the same; the variety is amazing - it's shipped in every day and has been even before refrigeration was invented. Ironically some of it is from the Scottish waters, but up there they eat even less of it than we do in England. So sad too when they have such an amazing quality product. But years of ignorance, and distrust of eating fish is hard to break.
I think the link between the Spanish people and their locally found produce hasn't been broken in the same way as it has in Britain with the industrialisation of food that we so embraced in the 70's. We may be improving now, with our farmers markets etc but we have a lot of catching up to do. The first farmers market was only about 20 years ago, in Ludlow.
I've seen local restaurateurs complain about it on twitter; fish and seafood still don't sell as much, in the North West especially. When I've been in various workplaces in the past, many people have told me of their abhorrence for fish. Admittedly, in one case it was after a particularly pungent squid in ink that I'd been microwaving, but still!
Every Spanish supermarket features a huge fish counter and usually a long shelf of tinned products too. I was amazed in a small local Spar supermarket when I saw a lobster tank with live lobster in it; in a Spar for gods sake!
Two places we recently encountered in Conil de la Frontera Andalucia were especially of interest and show exactly how much the Spanish really do appreciate their seafood. They are situated opposite each other and are owned by the same people.
Freidor de Pescado El Bienmesabe is a bit like a fish and chip shop but in a parallel universe. But there are no chips. Just fried fish in great variety. It is believed that the technique of frying fish was developed by the Jewish people that populated Southern Spain at the time. Similarly they are said to have introduced this cooking method from Spain and Portugal to England which then developed into the fish and chip shop.
We first encountered a Friteria in Conil on our last visit a few years ago. We remembered especially the large bottle of beer and cups on the counter for everyone to share as they were waiting for their fish. Imagine that in Britain! We tried in vain to locate that particular place but we couldn't find it. We found this one instead. As you enter, the similarities to our Fish and Chip shops are unmistakable, even down to the friendly ladies serving..... 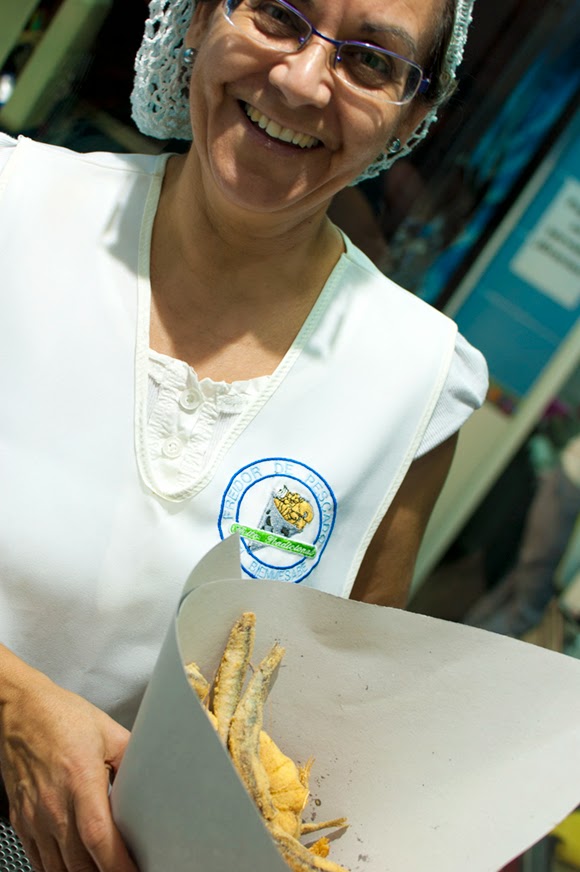 But what to order? I got us a bag of various fried fish. Light and crispy and well tasty, sadly this is where the similarities to the British version usually end. 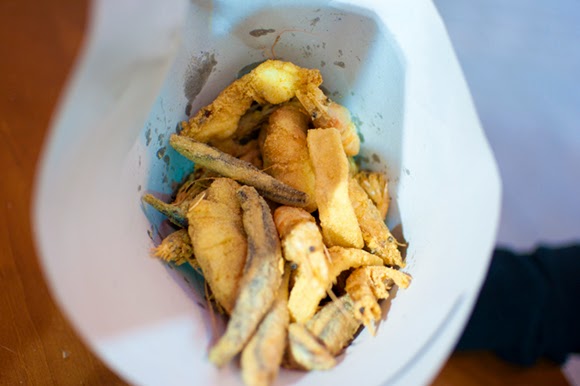 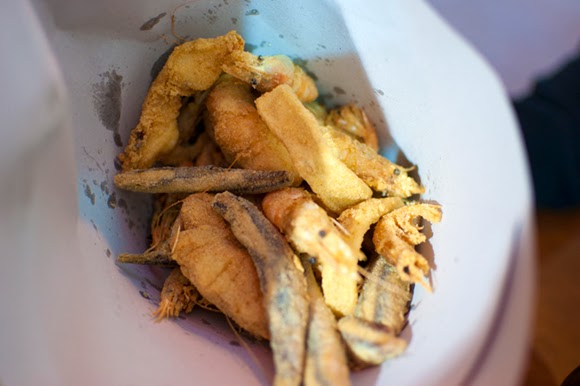 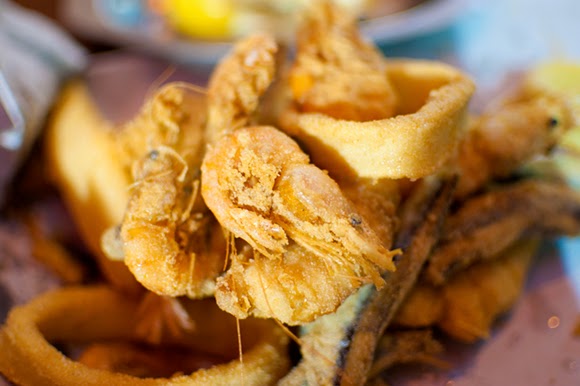 Marisqueria La Pepa is opposite, and looks like a small British fishmongers. But it's all cold seafood they're selling ready to eat. Who knew there were so many varieties of prawns? I ordered a bag and we sat outside eating them with a beer. They were so fresh. It's weird when you look over at Spaniards eating this stuff, young and old alike, and clearly not what you would assume to be middle class. We really do have a long way to go in Britain, certainly when it comes to appreciating sea food anyway. 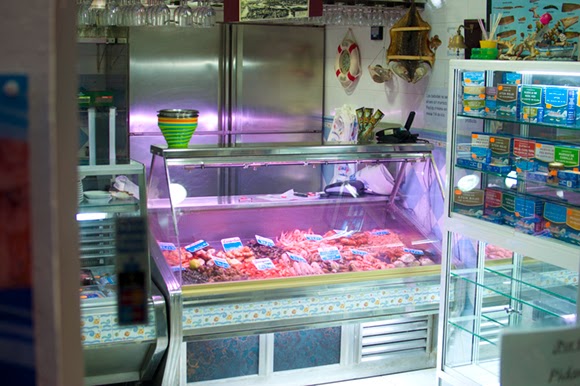 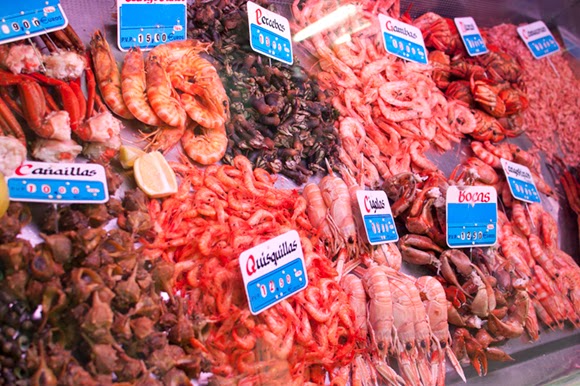 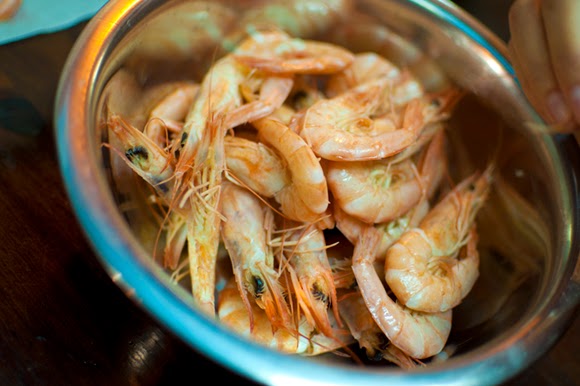 In the name of balance I should mention a few things that the Spanish are not quite as good at in my opinion. (Apologies to my Spanish friends.) Brewing great beer, queuing, talking quietly amongst themselves, driving safely etc.

Follow @Bacononthebeech
Posted by Bacon on the Beech at 10:37