I've never believed that pint sized TV 'chef' Gino D'Acampo is really Italian. A quick google search confirms that loads of other people agree with me. He's been living in the UK since the late 90's, yet his accent has never progressed beyond stereotypical mannered Italian, like the chef on The Simpsons; Luigi Risotto. Daytime TV show This Morning even released quite an amusing fake video of him on the phone talking behind the scenes with a thick cockney accent. At the very least, he seems to be exaggerating his mannerisms. 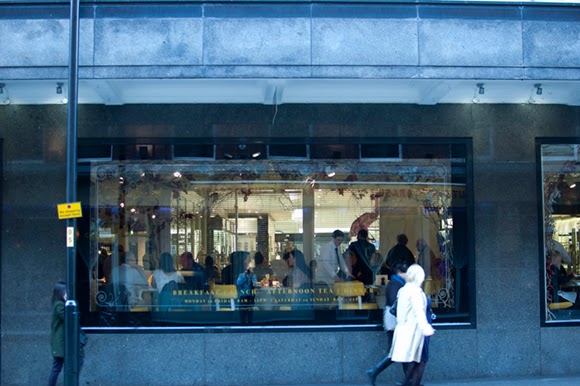 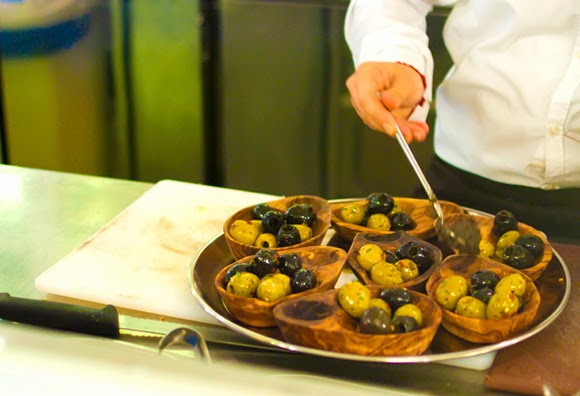 The waiters remind me a little of Gino D'Acampo in San Carlo Cicchetti. It's actually a large part of the enjoyable experience of eating there, like being on holiday. There's absolutely loads of them, there's no doubt they really are Italian - but that's the thing with Italian waiters - they're often so very Italian; ebullient and outgoing. This would be a very good thing at an authentic Italian restaurant clearly. The service is always snappy at Cicchetti because of it. (Everyone knows the stereotypical general truism, that Europeans; French, Spanish & Italians make better waiters as the service industry is seen as a proper career rather than something you do to get through college). The food I've found is good if not totally stunning here. 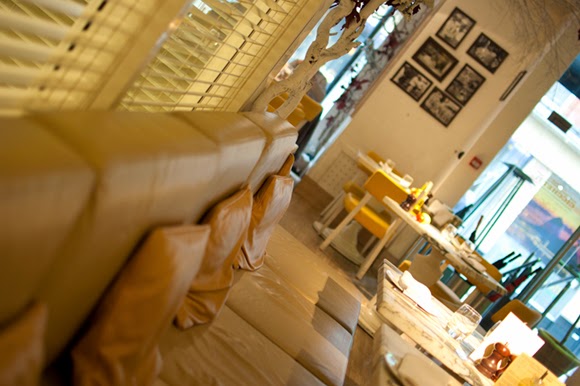 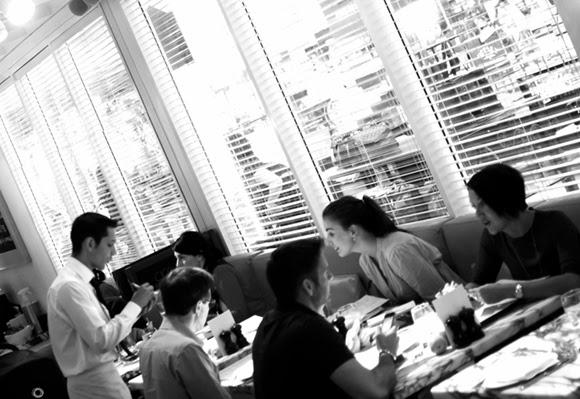 This time though, I went there armed with a post-it note with vital 'secret' information gleaned from twitter. I should ask for Leo the bald guy who is a master of pizza apparently. It was like I was going for a covert drug deal with the Mafioso.
The "morgy" is an off menu version of the Calabrese N'Duja pizza but with 2 eggs cracked on it, only for people 'in the know'.
Even though it was midday, there were loads of people in there on Friday, quite well to do as well, I felt well scruffy and made a mental note to self - dress smarter next time. I sat taking in the atmosphere waiting for my pizza. It took a while. Sadly Leo was on holiday, and although I asked for the 'morgy', something got lost in translation and I just got the standard Calabrese. (I clearly hadn't used the right code-word!) 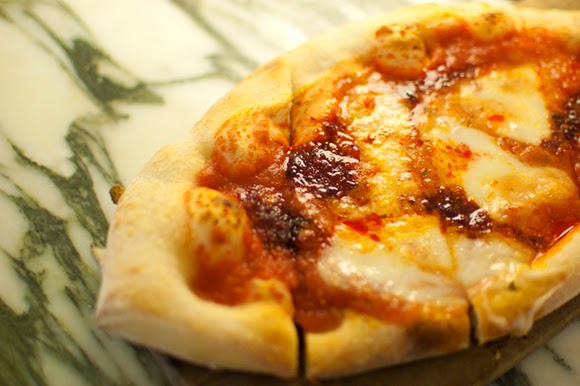 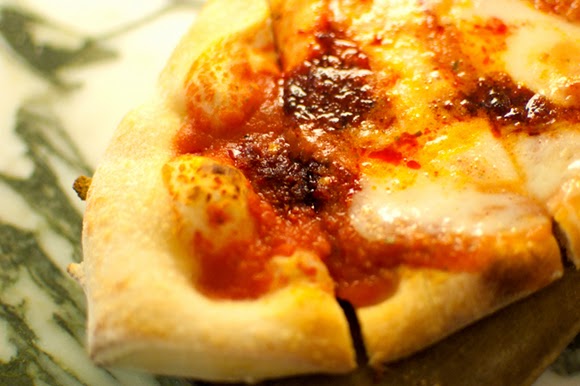 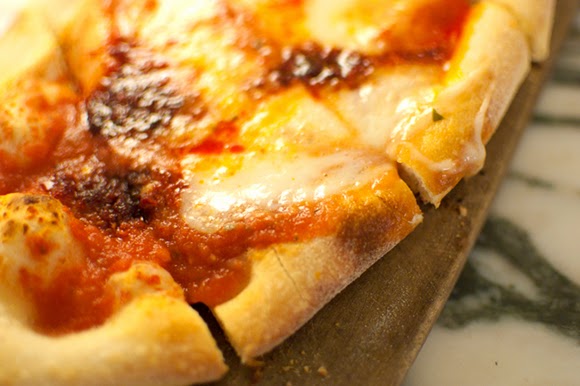 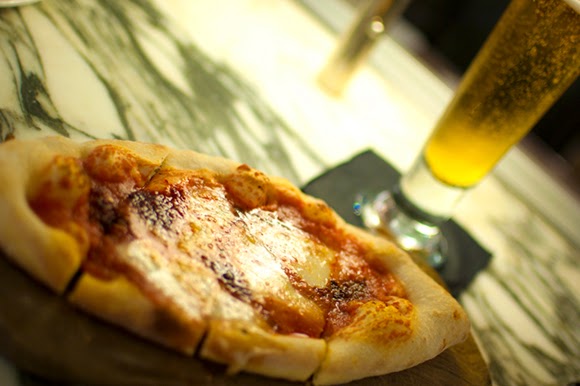 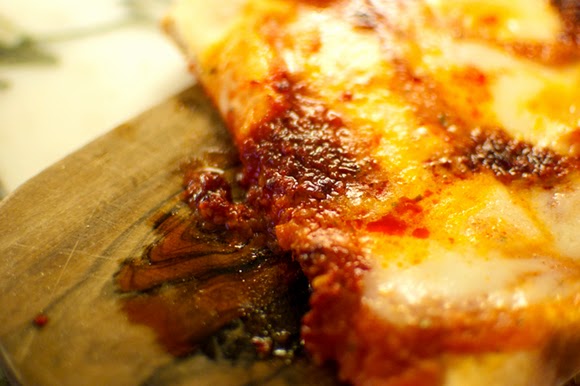 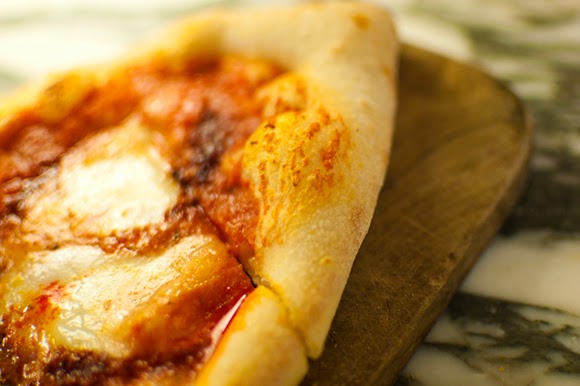 When it came, I was initially slightly disappointed, the bread was clearly too thick, not like a proper pizza base at all. I couldn't wait to snaffle it though and as usual burnt the roof of my mouth on the molten cheese. (I used to do this with Findus French bread pizzas in the 80's whilst watching The Tube on a Friday night). The flavour however was superb. I've decided to only eat pizza with N'Duja on from now on. It just works so well; the heat of the spreading sausage and the gooey melted mozzarella is a match made in heaven for me.
I actually don't mind the thick bread base, as in this case the flavour of the topping can take it. But I'm not sure I can call it the very best pizza in town because of the thicker base - I'm being quite strict on this.
I enjoyed it though, but Cicchetti is as much about the service and atmosphere as it is good food I always think. I will be back, and next time I will be getting the Morgy, and very likely will be served by an archetypal Italian waiter or seven. 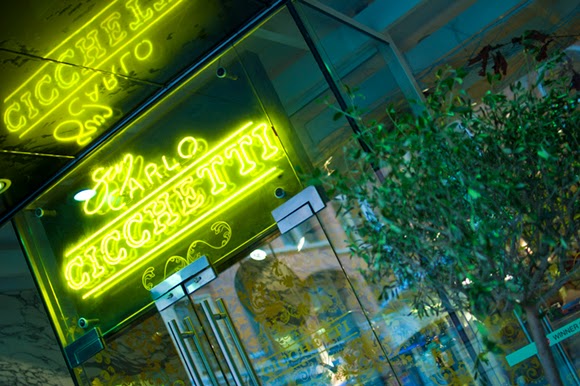