I just made a flying visit to San Carlo Bottega in Selfridges. We liked Aubaine, the previous incumbent, (especially the Mille Feuille) and were sad to see it go, but judging it from the first few days, San Carlo Bottega has already made a flying start. I was queueing at midday to get into the M&S and Selfridges car park, although it was half term. I made my way through the floor with make up counters on it (everyone was made up in a gothic way as it's Halloween today.) I used to really love the old food hall in the basement, and remember fondly the launch night of the Manchester Food Festival there several years ago - 'the best night of my life' as I always tell Mrs B (free food from the various counters, a Marble beer stall, plus sushi ladies dressed in Japanese costume giving out free sushi - ah the memories.) 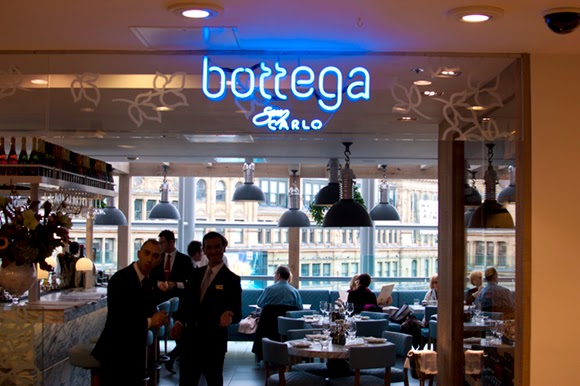 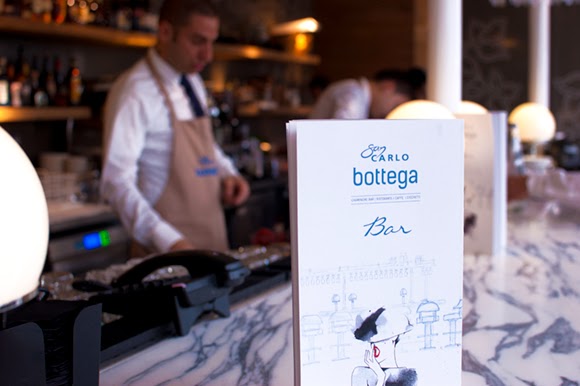 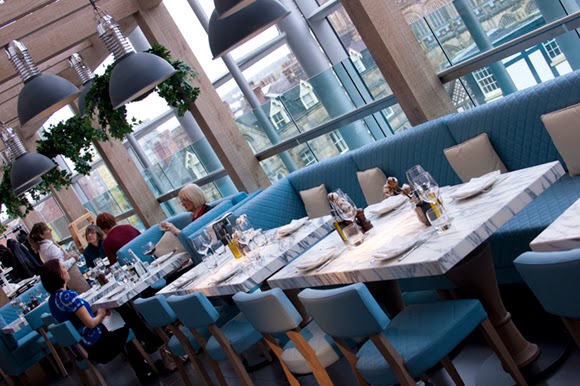 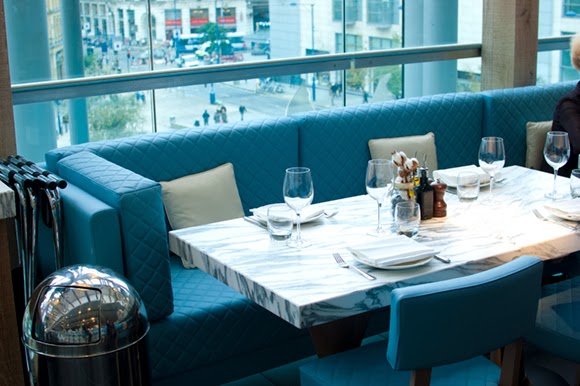 I recognised a few of the staff from my visit to Cicchetti last week. I took a seat at the bar and ordered the Bouillabaisse as I'd seen photos of it on twitter. I always ask if I can take photos, but these days hardly anyone even bats an eyelid. But this time I was collared by Mr San Carlo himself demanding to know where I was from. He didn't look too happy. Put it this way, I'm guessing this boss maybe a hard taskmaster of the old school variety! Fair enough if he's agreed an exclusive with the Evening News or whatever, this place isn't even officially open yet and he had no idea who this bloke was taking all the photos. I managed to placate him though by telling him about this here website. Just about.
He needn't have worried though, the Bouillabaisse (Provençal fish stew, £11.95) was absolutely fabulous. I couldn't even spot it on the menu, but they need to put it on permanently if it's not already. Beautifully cooked using quality produce and with a wonderfully rich tomato stock (not too salty as is so often the case,) this alone made for an excellent lunch. It was only a quick visit to see what it was like, but I hope to return to San Carlo Bottega sooner rather than later, and next time hopefully I can make friends properly with Mr San Carlo, if he lets me in that is. 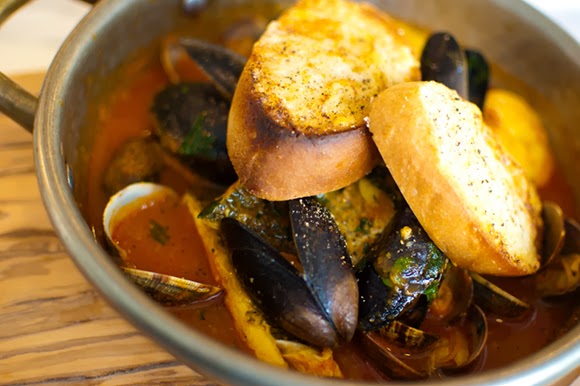 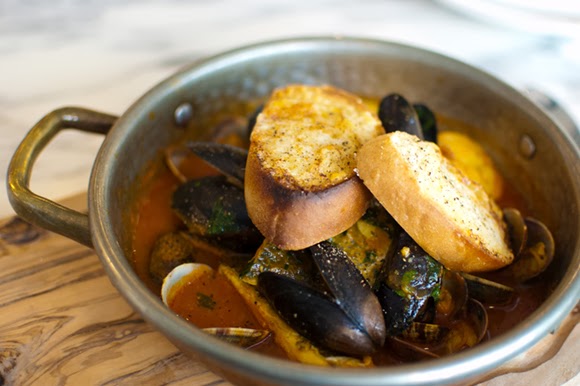 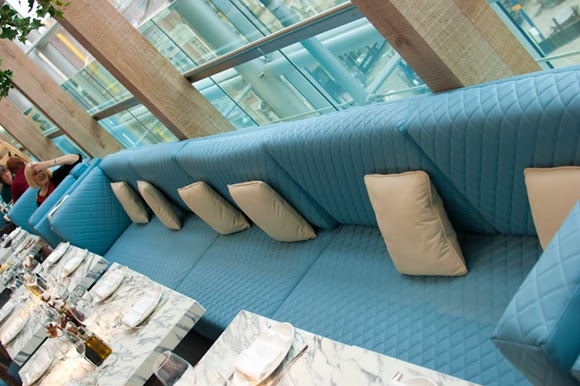 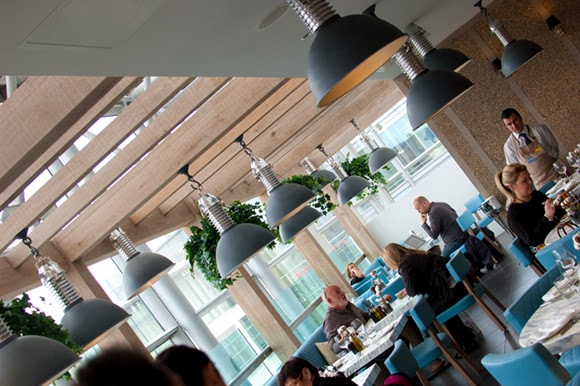 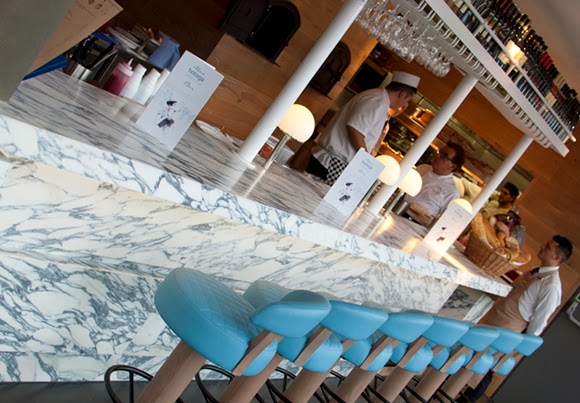 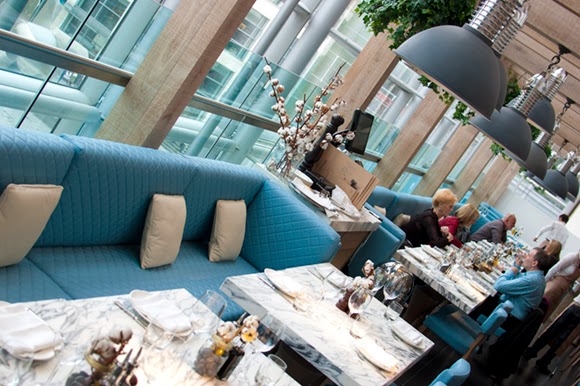 Follow @Bacononthebeech
Posted by Bacon on the Beech at 17:00