Me and Mrs Bacon agree on most things food related with only a few exceptions; Chinese food. She loves it and is always bemoaning the fact that she hasn't had her 'fix' for a while. She grew up eating it on meals out with her family, I didn't. I didn't grow up on Indian food either, but I took to that like a duck to water. Less so Chinese food with the possible exception of crispy duck and pancakes. All too often I've found gloopy MSG heavy sauces, poor quality meat, rubbery prawns and abysmal service. There are a few exceptions in Manchester of course; The Yang Sing and Red Chilli are favourites. (Especially the more 'authentic' Beijing and Sichuan dishes at the latter.) As is Ocean Treasure 235 which is part of the same group as Red Chilli. The majority of the menu here is actually traditional Cantonese.
It's underneath James Martin's new venture (see here) and part of the same casino. We were invited to try the new menu, so went on another horrible Friday night; it was truly filthy weather (as Mrs B calls it) but it was fabulous to never have to go outside from the car park as it's all interlinked. Mrs Bacon was well looking forward to some old favourites as well as some new stuff to get her 'fix' and it was right cosy inside. 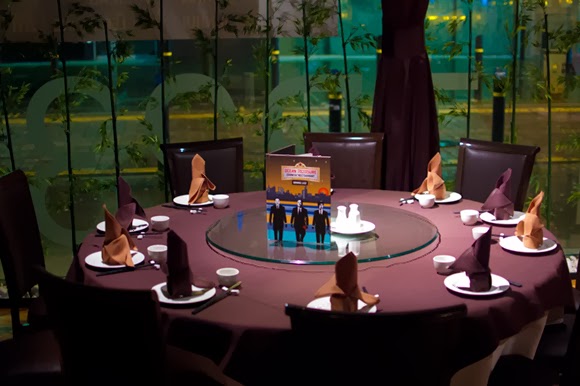 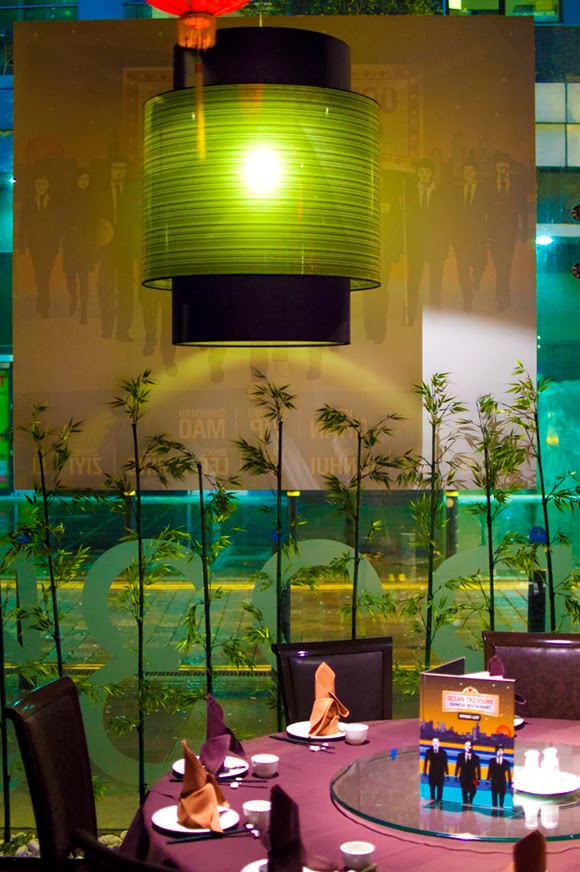 I've always been surprised at how few reviews of Ocean Treasure there are online, as we've found the food to be really good, and the service notably to match, the interior is chic and modern too. Maybe it's been overlooked because of its location in a casino and out of China town, but the Great Northern Warehouse has really taken off now with All Star Lanes and soon the highly anticipated Lucha Libre, I think this will help Ocean Treasure in terms of exposure, but they're already a very well run operation any way.
If anything it's even nicer than on our last visit, we were given a beautiful table with linen semi-opaque curtains around it affording us a degree of privacy but still enjoying the atmosphere and subdued beautiful lighting of the restaurant as a whole. 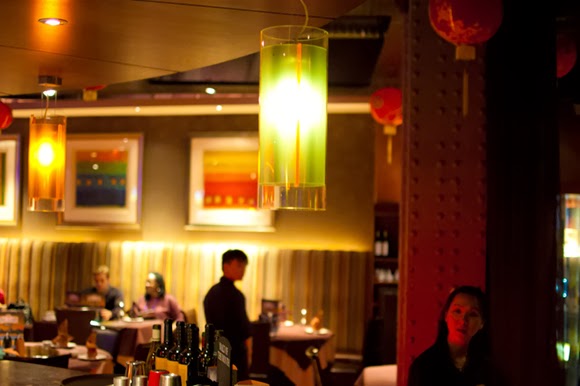 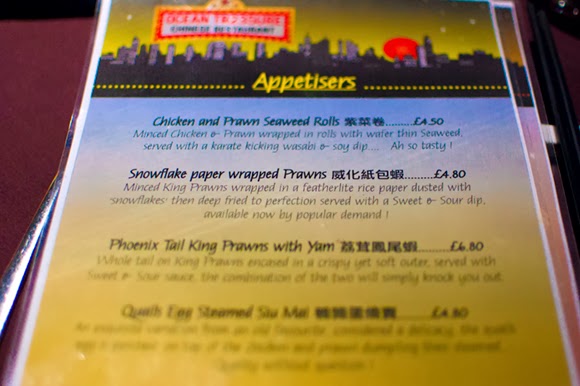 We ordered a few 'must haves', Crab Meat and Sweetcorn soup for her (she reckons it was one of the best she has had and she's an expert of some years standing) and a Hot and Sour for me. 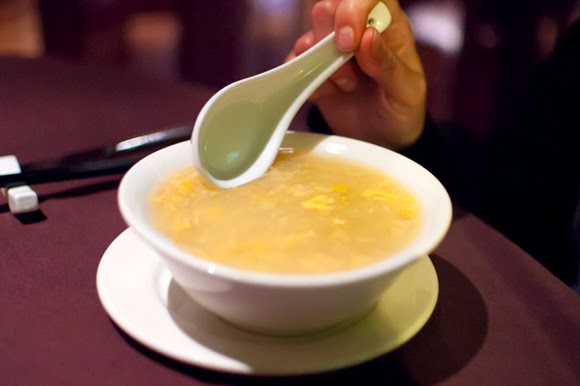 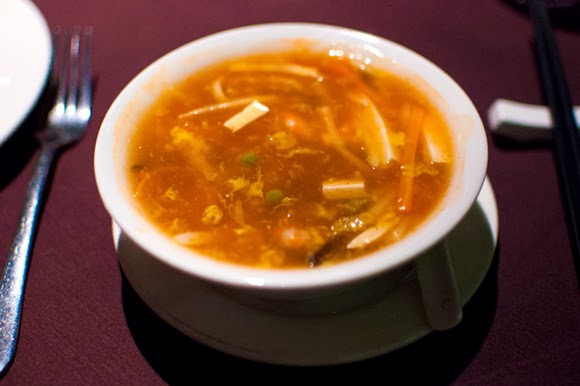 Then we had my favourite; Aromatic Crispy Duck, which is theatrically shredded for you at the table at some speed. Lovely, juicy and moist, it didn't disappoint either. In fact in terms of flavour, it would stand up to any duck we've had at any restaurant. Good home made pancakes too. 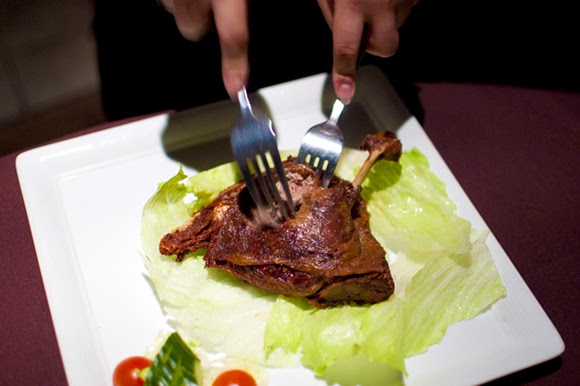 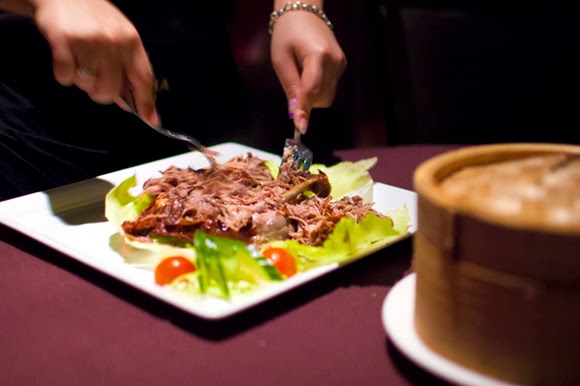 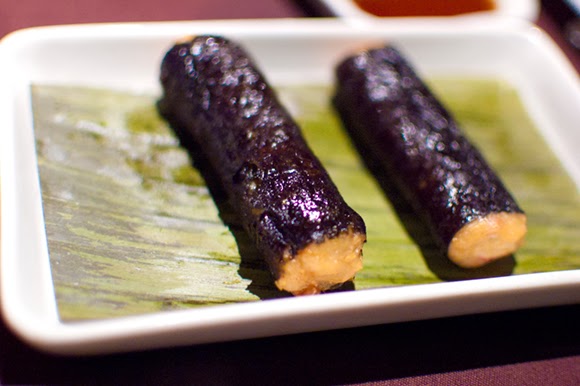 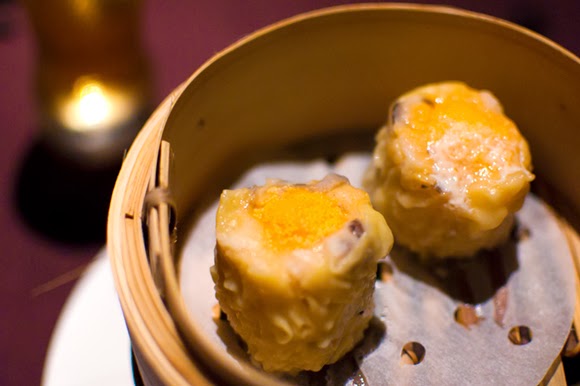 For the mains we put ourselves in their hands, which is often the best way, I just asked for their signature dishes. Sadly the soft shell crab wasn't available due to shortages in their supply, so we had;
Beef and ginger dim sum. 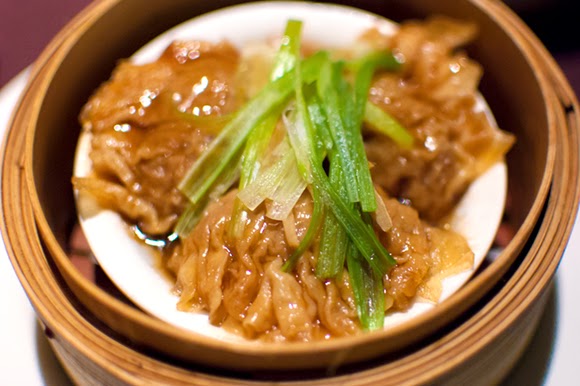 Szechuan Monkfish, easily our favourite dish of the night, a beautiful silky texture, soft and delicate but spicy too. 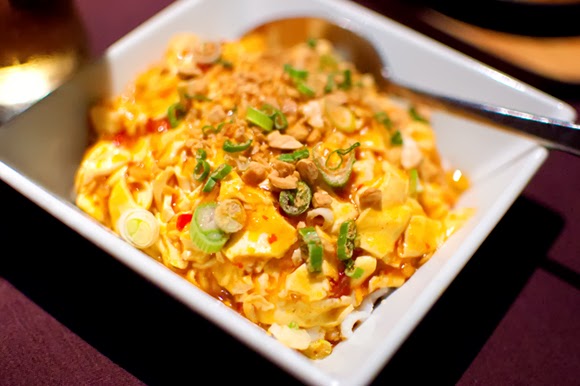 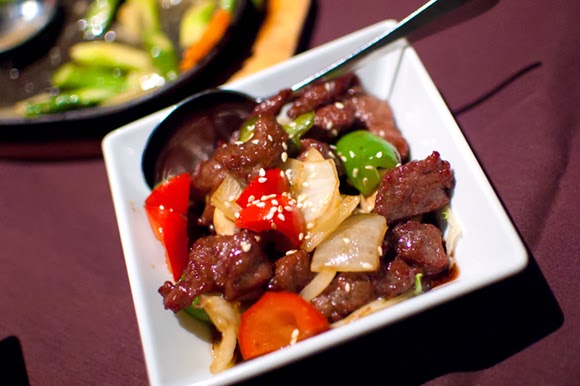 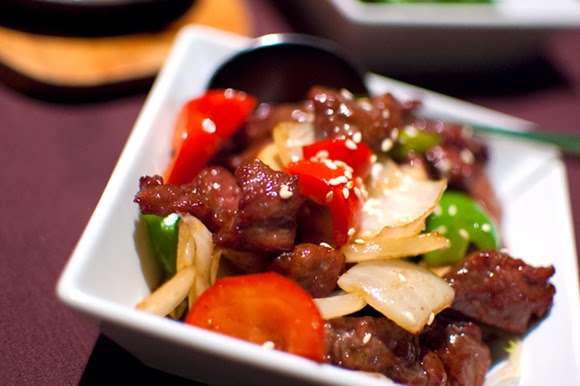 Scallops and Prawns. Fine; not rubbery as is so often the case. 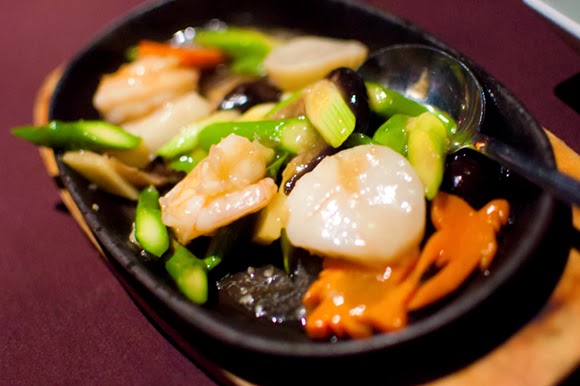 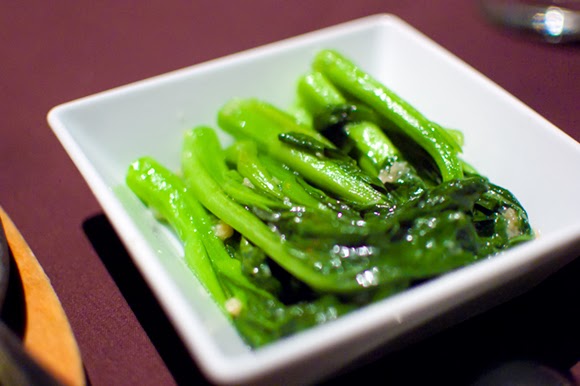 And to follow some custard spring rolls with a rich chocolate sauce and some sweet doughnut like delicacies. 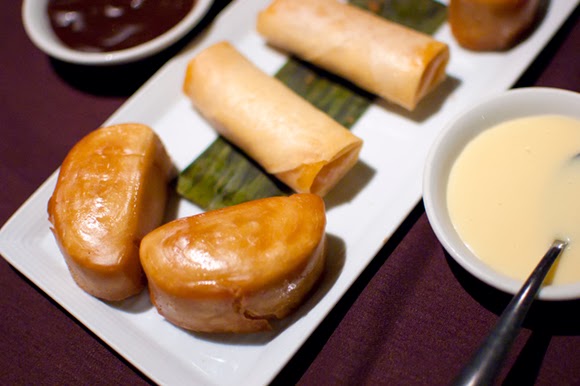 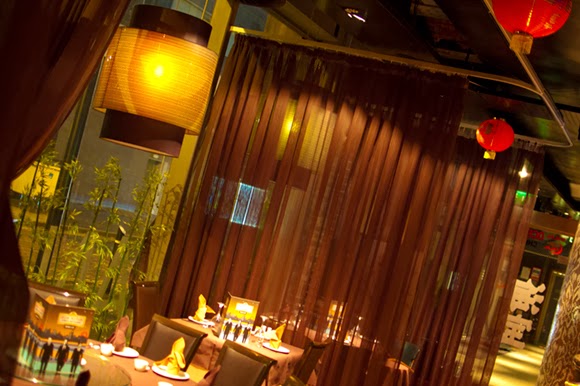 Overall it was an extremely enjoyable evening, great food in a beautiful restaurant with good service. Has it brought me round to Chinese cuisine in general? I'm not so sure if it is my very favourite still, but if we are going to go for a Chinese again as I'm sure we will, Ocean Treasure remains at the top of our list along with a few select others. 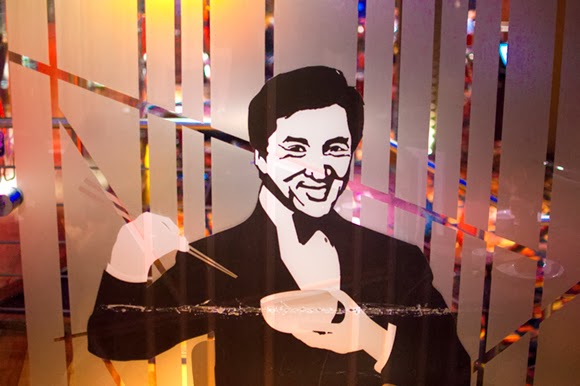 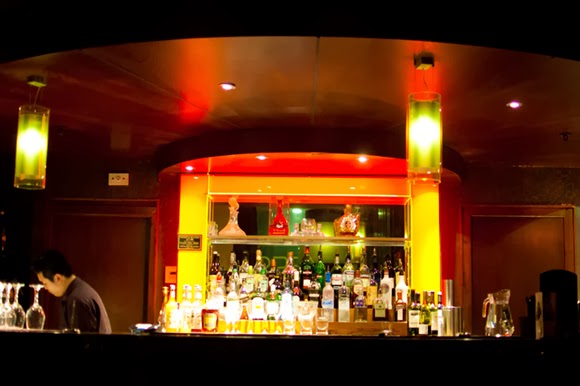 * We did not pay for this meal, it made no difference to my opinion as we were already fans of Ocean Treasure and this meal just confirmed my existing views.

Soundtrack (as played): Barry White - What am I gonna do.

Follow @Bacononthebeech
Posted by Bacon on the Beech at 08:06