Twenty years ago Manchester was a very different place. For a start, the licensing laws weren't as liberal as they are now. After the pubs shut at 11pm, if you didn't want to go to a nightclub, there weren't that many places to go for a late night drink. There were a few bars dotted around town if you knew where to go though. 10 Bar was one such place. Because of the daft rules which somehow involved food, you paid £3 to get in and got a free chilli. One day maybe in the mid 90's, we got a taxi into town, and 10Bar had shut for good. If we were meeting anyone there I can't recall, but we would have had to wait for them there, nobody I knew had a mobile then. Sounds almost prehistoric doesn't it?
20 years on and Kosmonaut is in the same location (I think) on 10 tariff in the Northern Quarter. I went for a drink when it first opened, but had a tip that they did good pizza. It's similar to how I remember 10 Bar was all those years ago, I'm sure even the bar was in the same place. It's all industrial, expose pipes and brickwork which is fine by me. 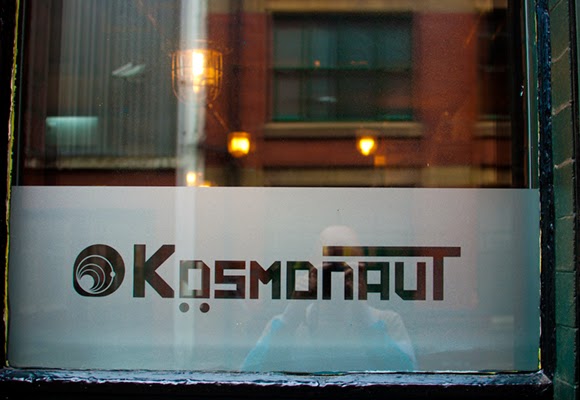 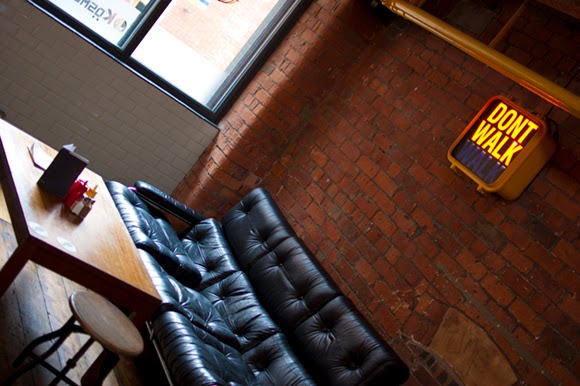 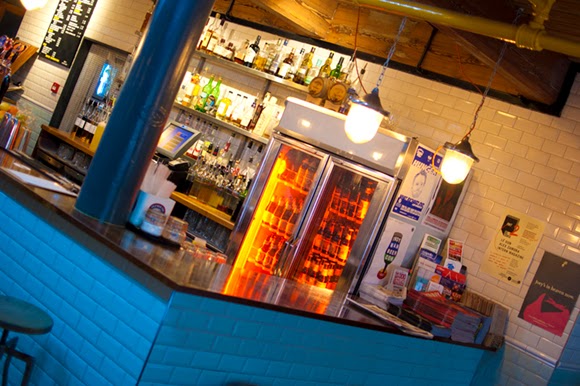 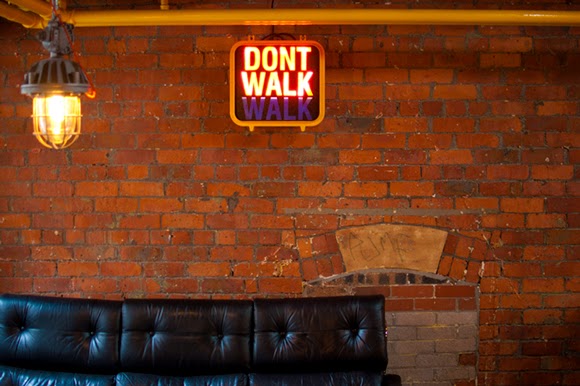 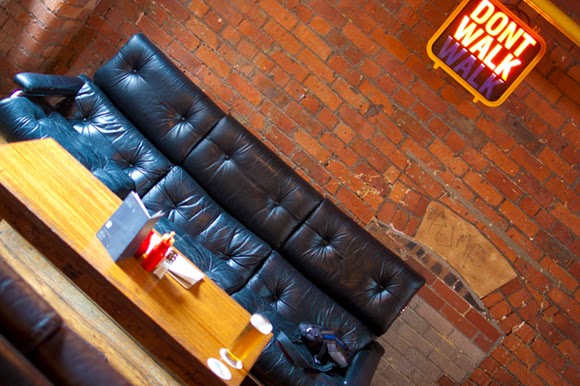 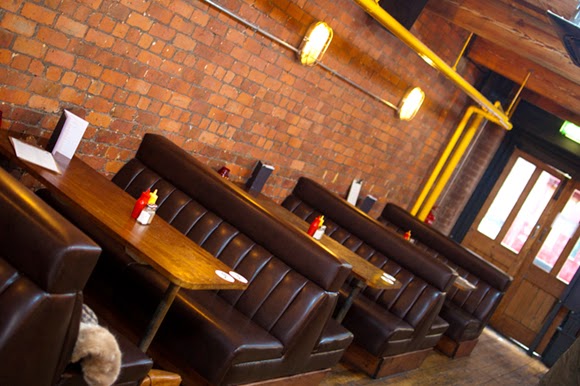 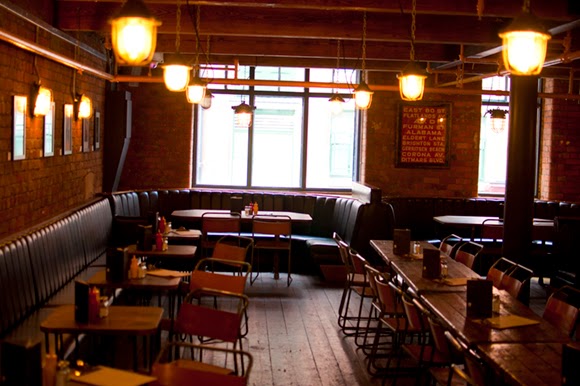 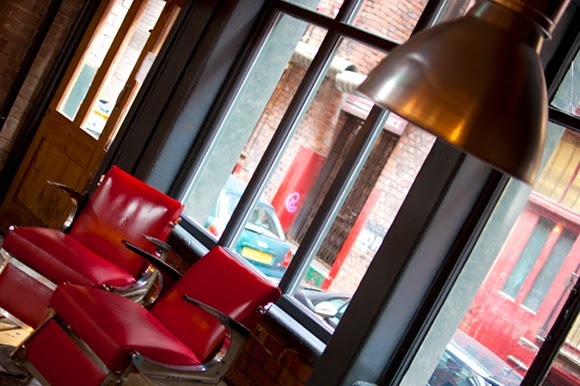 I ordered the Spicy Sausage Pizza. N'Duja Sausage, mozzarella and tomato sauce, (£7). Initially a little smaller than I'd anticipated, with a thick uneven crust at the edges, it looked like it had stood for a minute or two waiting for service. The taste however was fantastic. This N'Duja sausage seems to be everywhere these days, I really liked it, it made the pizza super hot and spicy. The cheese had been properly melted, so it was like molten liquid. So many places don't give you enough cheese so you get little separate blobs all over it, and don't cook it for long enough so it's not melted enough. This was all spot on. 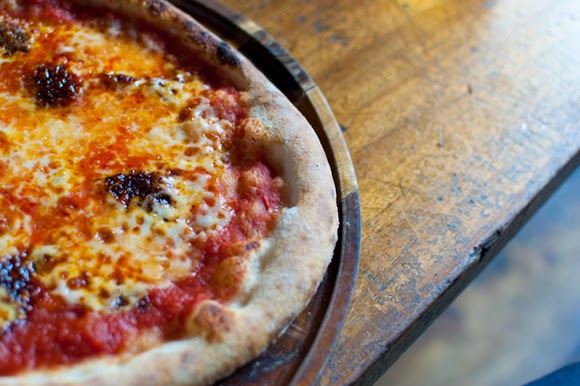 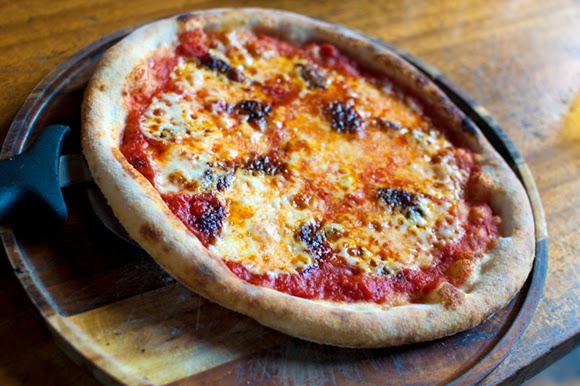 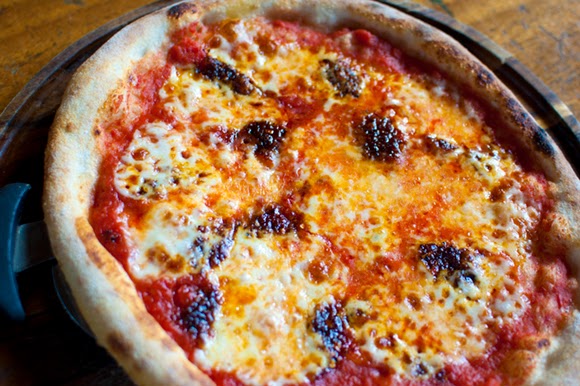 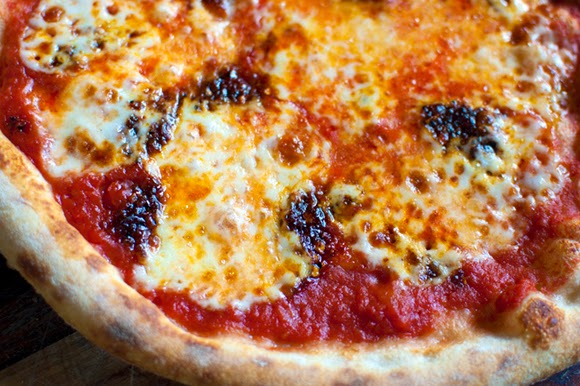 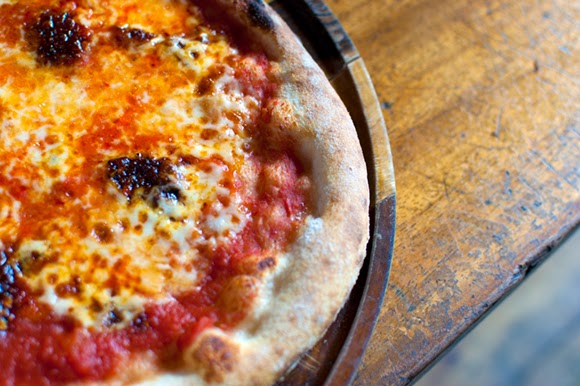 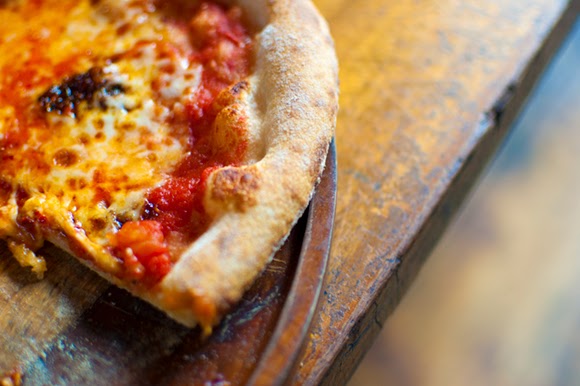 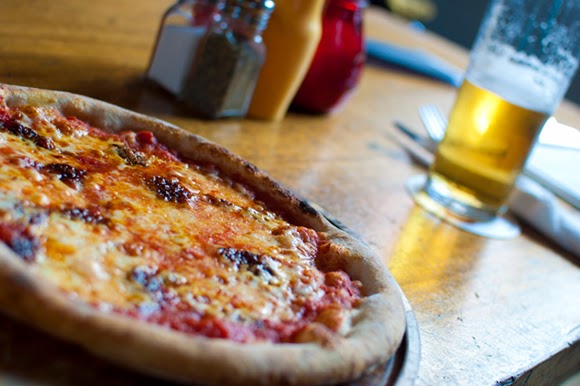 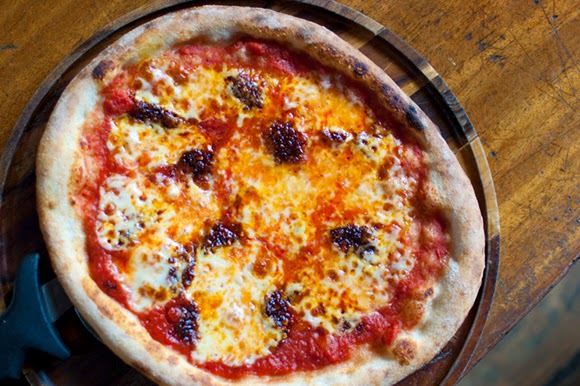 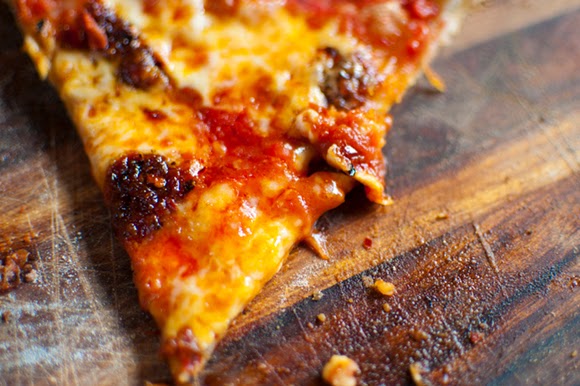 Yes, this was a lot closer to my idea of a perfect pizza than many of late. It's probably because they've taken advice from people who know; Honest Crust. I've not tried their pizzas yet, but I will do very soon and have heard nothing but good things about them. They even donated some of their 20 year old sourdough starter to Kosmonaut, who generously admit their pizzas are not quite as good as Honest Crust yet, but they're still way better than in any crappy chain I've been to.
Why do people still eat in the likes of Croma, Pizza Express and the rest when there are places like this about? In those days 20 years ago, there was no internet and no social media, you knew about somewhere or you didn't. Now there's simply no excuse.
It's too early to say if this is Manchester's best pizza, but it's certainly up there for me, and goes into the pizza semi finals (which only exist in my head), and one for a revisit soon, I reckon. 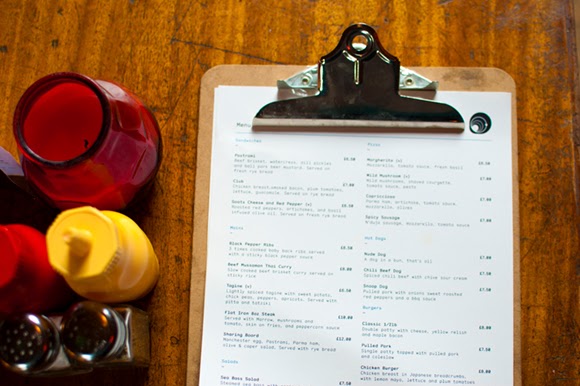 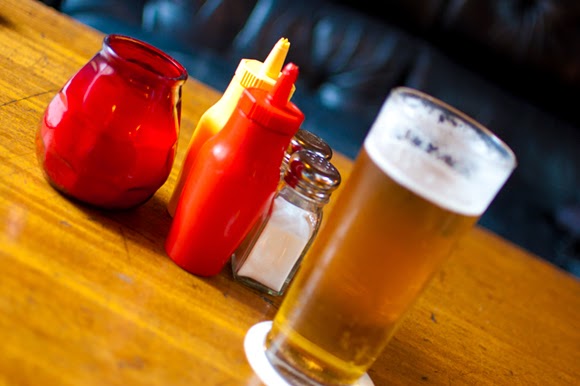 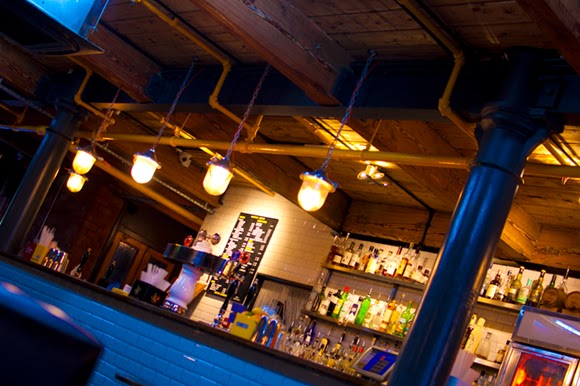 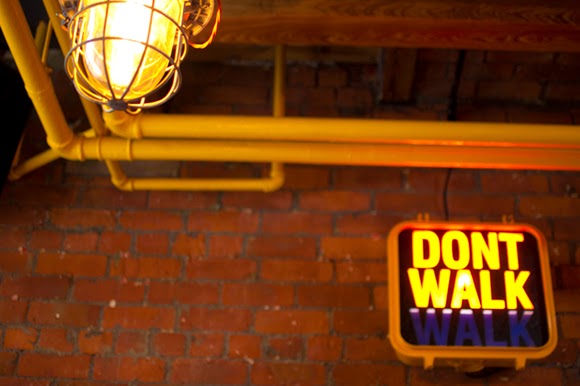 Follow @Bacononthebeech
Posted by Bacon on the Beech at 14:14