In my quest to find the Best Pizza in Manchester, a few people mentioned Fire & Slice Pizza who I was aware of from street food events but hadn't tried yet. They are currently in Albert Square as part of the Manchester Food & Drink Festival. I cycled in as Mrs B is driving to work now, it's actually as quick to cycle from Chorlton (20 minutes) - who knew? But I was going pretty fast, as lunch was involved. I deftly swerved all the road closures due to the Tory Party conference and made it to Albert Square just before the rain came in. 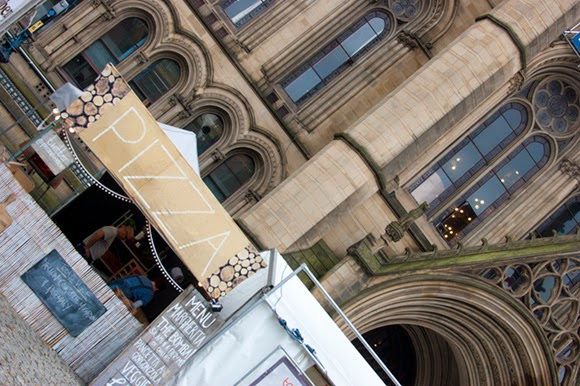 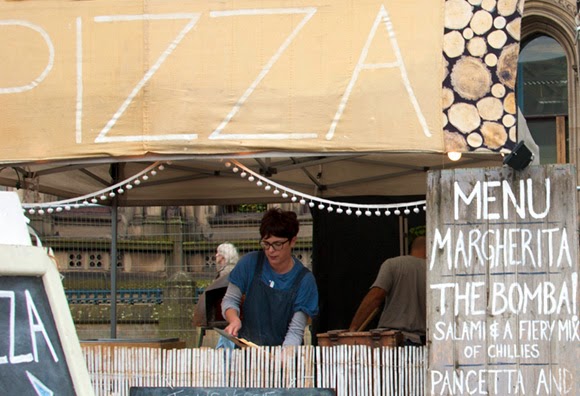 I'd seen a picture of the Gorgonzola and Pancetta Pizza on-line and had remarked that it looked good but it needed more cheese. The lovely people at Fire & Slice said "Come on down and we'll give you more cheese!" However when making it, her first mistake was asking me "if that was enough?" It's never enough for me, the pig that I am, so she generously added more. She also put on rosemary which brings a very pleasing herby element.
Well it was a mighty fine pizza, probably the best I've had in Manchester, perfectly done (please note folks at the Laundrette, it has to be slightly charred at the edges to be done properly.) The extra cheese added the gooey element I'm looking for and the tang of the Gorgonzola and rosemary together really make the flavour.
It really was a very good pizza and is clearly head and shoulders in first place on my Pizza Leader Board and currently the one to be beaten. So I suggest you get yourselves down to Albert Square sharpish if you want one, but you might have to ask nicely for more cheese.* 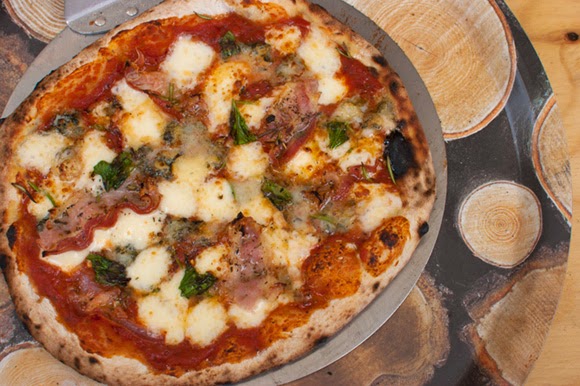 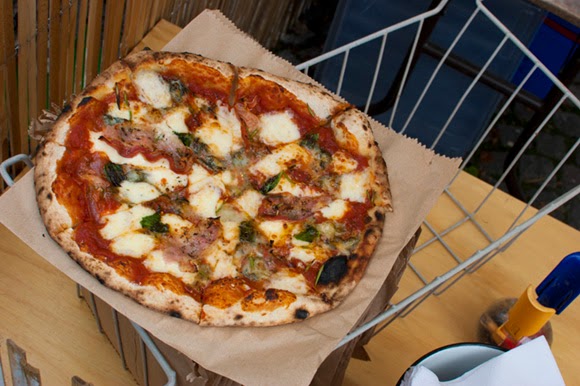 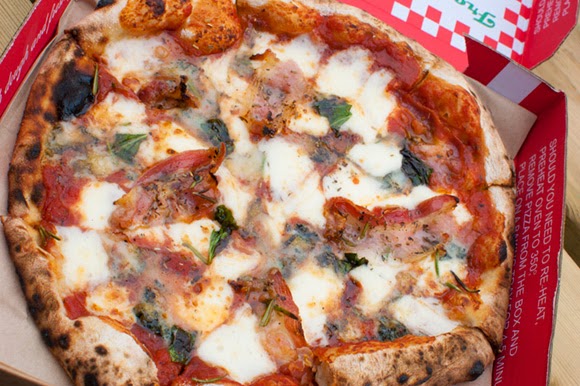 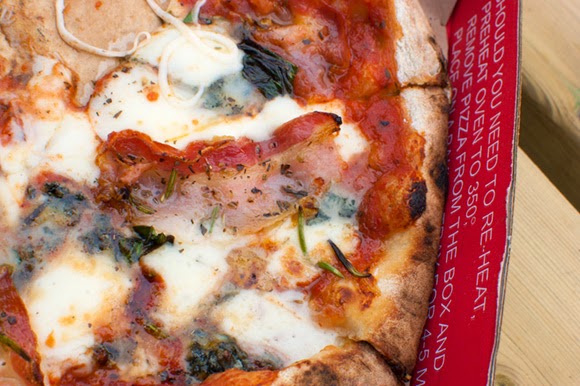 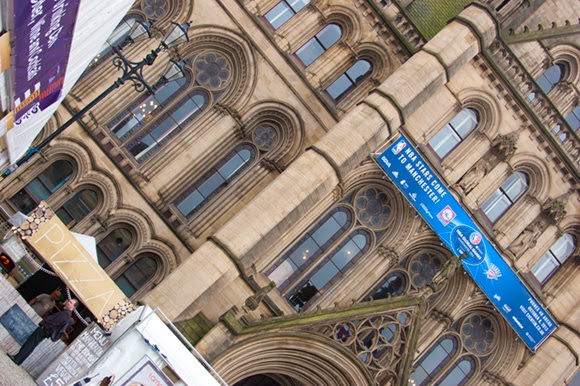 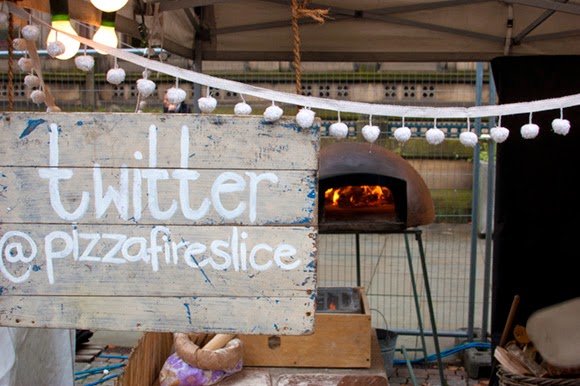 Disclaimer; I cannot guarantee they'll give you more cheese.

Follow @Bacononthebeech
Posted by Bacon on the Beech at 16:30