Tripadvisor restaurant reviews are a funny thing, they're not really like the hotel reviews. The hotel ones you can pretty much trust on average, obviously there will always be a few people moaning about daft stuff, but I've not booked a hotel in recent memory without it getting a great review on TA. And I've found some amazing places that way too. I only go on the average mark though and rarely on just one persons opinion. I skim the reviews and get the general gist, ignoring the loons moaning about bed softness. But the restaurant reviews are another thing all together. I've come to this conclusion; you cannot trust the average person to review food - this is especially true of high end restaurants. Because there are a sizeable minority of people who will always hate it just because of the cost no matter what. And these idiots get their say too. Most people in the industry know that many TA reviews are utter bollocks, full of petty grievances and ridiculous demands, from people with no palates. But this is what happens when you democratise opinion and let everyone have their say on-line. I don't want to know what idiots think, only people who know what they're talking about. 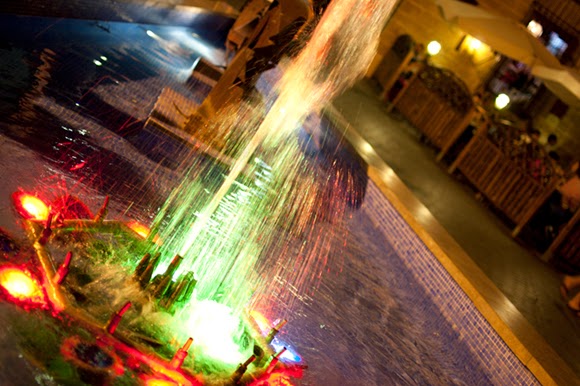 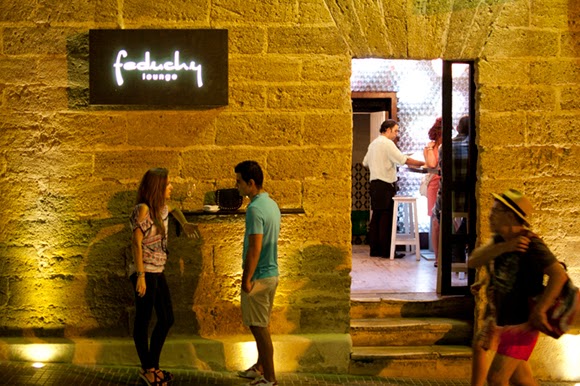 Sometimes you have no choice but to consult Tripadvisor though, especially abroad where there may not be as many blogs and review websites. Such a case in point was Feduchy Lounge in the Spanish seaside town of Conil de la Frontera. The reviews were unanimous, this was the very best of 85 restaurants in town. Turns out it was fabulous as well, and cheap too.
Feduchy Lounge is at the entrance to the old town wall, where the little fountain is. We turned up early (8.30pm is really early in Spain,) to guarantee a seat outside and set to order.
Salmorejo (A typical cold soup similar to gazpacho with tomato and ham and a hard boiled egg, €2.50) This was fabulous, creamy and fresh. So cheap too, I don't think you can ever find food of this quality at this price in the UK. 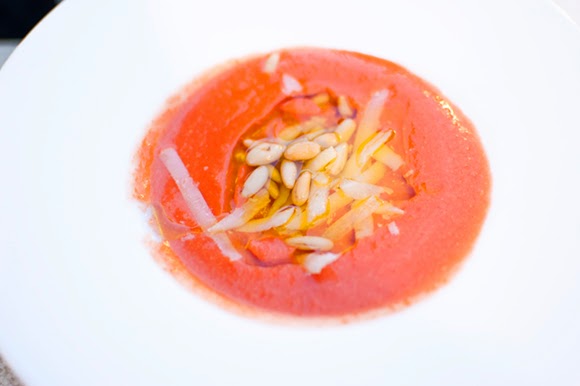 Paté de Perdiz in sweet wine "Pedro Ximinez" with pepper oil. Quite simply one of the best patés I've ever eaten, rich and smooth, and just €3.50 too - unbelievable. 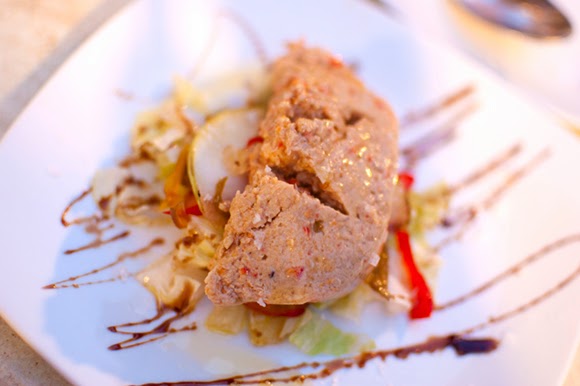 Cod in tempura and broccoli kebab with cheese sauce. (€6). Just superb, with the lightest crispest tempura. 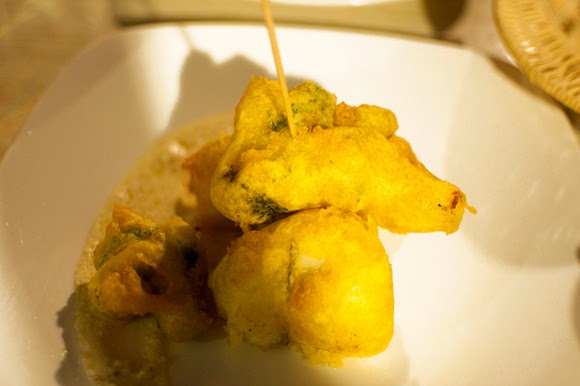 Smoked sardines fillet on tomatoes (€3.50). Surely this can't be this price can it? Amazing value. 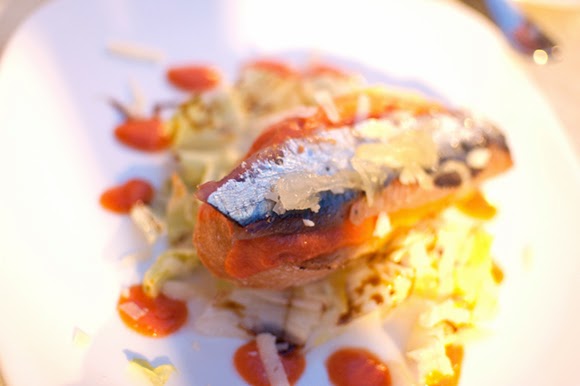 Blue Burger. I don't know why the bun is blue, but it was gorgeous and tender with proper rare meat too. I'm not sure why but burgers often taste better in Spain, is it the beef? 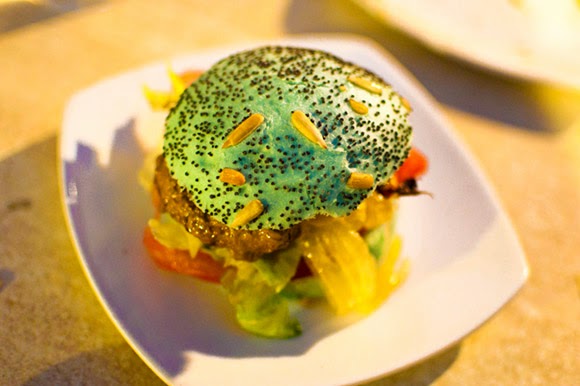 Rejo foam octopus, potatoes with garlic and potatoes. (€4). Simply one of the best octopus dishes we've ever had with not one iota of rubberiness in it. 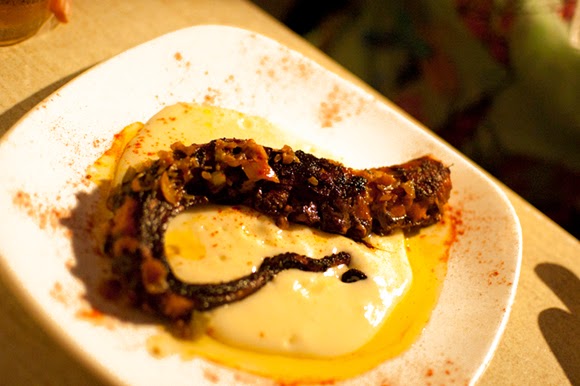 When I got the bill I laughed out loud! It was about €35 I recall including beer, for two of us! Considering the price, I actually enjoyed the meal here more than some recent ones I've paid £100 a head for in Manchester. This is quite simple tapas but with extra flair and skill; everything was just so damn tasty.
So the moral of the story is sometimes it does pay to listen to Tripadvisor. Other times it doesn't. Ok there is no moral, just make your own minds up.
Or ask someone who knows. 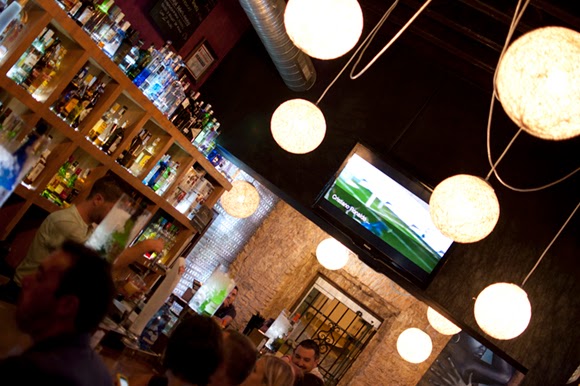 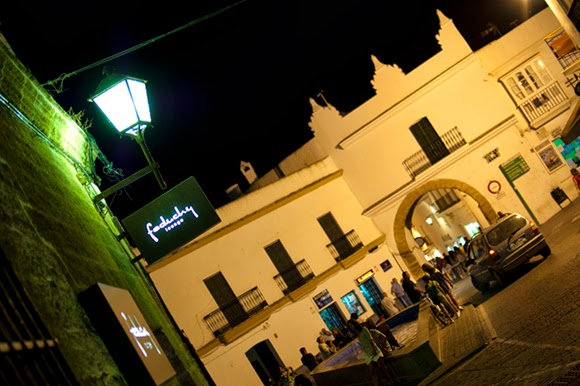 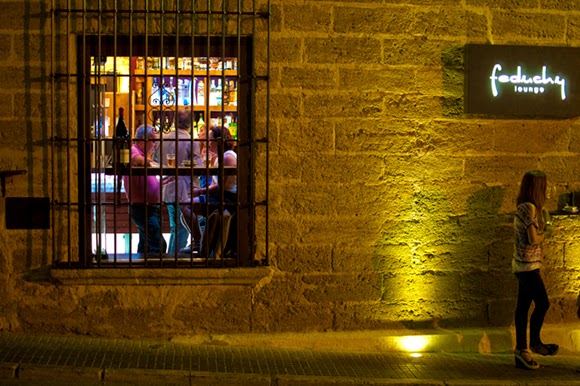 
Follow @Bacononthebeech
Posted by Bacon on the Beech at 10:22