I was a child of the 1980's video revolution, I reckon I've seen almost every major American film between about 1982 and 1986. Consequently, apart from a love of good films from that time, I also love really bad films from that horrible 80's era. Films so bad they're really enjoyable like The American Vacation series (or pretty much anything with Chevy Chase in it, Caddyshack being the worst,) and Roadhouse with Patrick Swayze (almost unwatchable it's that bad.) In a lot of these American movies there's often a scene in a typical American bar which is always dark with a Budweiser sign in it. Usually the scene would involve Chevy Chase getting into trouble with some bad guys and a punch up would ensue, or our main character would be drowning his sorrows with some whisky and a ridiculously attractive woman (with big 80's hair,) would come and chat him up. I always fancied going into these places, (probably for the latter reason,) but never have done. Well Dogs n Dough isn't too far away from it, I guess they've modelled their theme on these bars we know so well from the films and more recently the TV show Diners, Drive-ins & Dives. 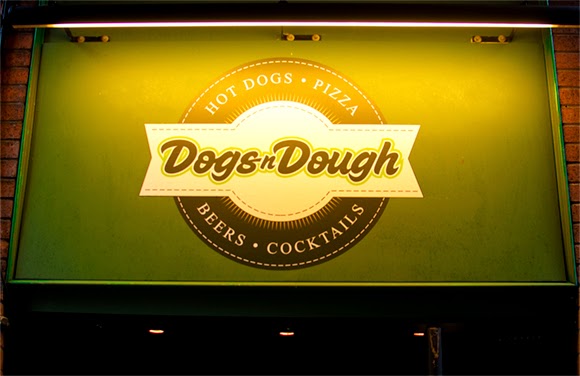 It was almost too dark as we went down the stairs to the basement on Friday late afternoon, I could barely find the door handle. The booths and American beer signs were just about right, but we were here for the dirty dogs.
It didn't take a genius to work out that the next fast food restaurant opening this year in Manchester would be making hot dogs. I expected it to be a copy of Bubbledogs in London, and predicted it at the start of the year. But I guess hotdogs and champagne is very London. Dogs n Dough have gone down the strictly American route which is probably just about right. 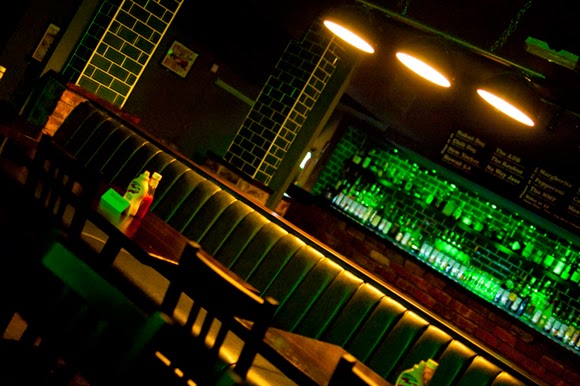 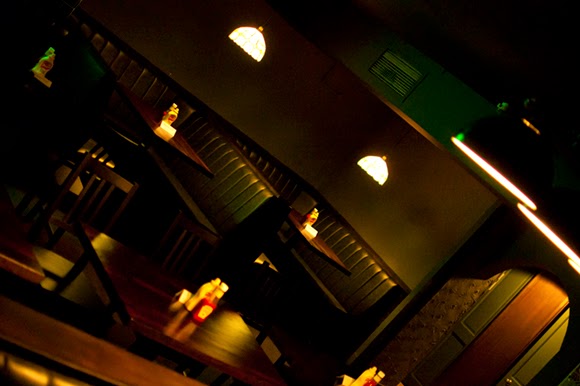 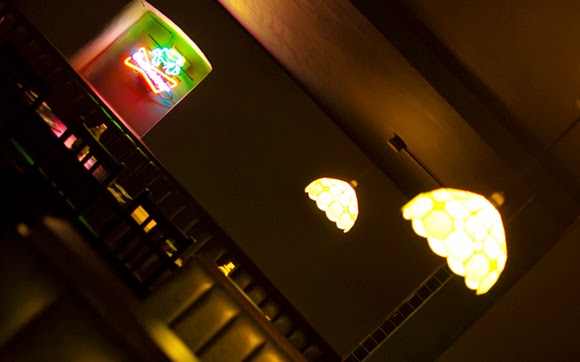 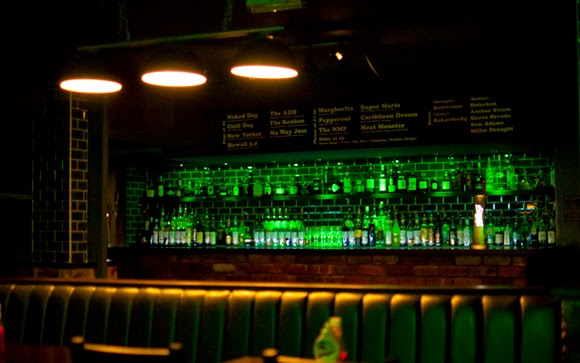 We shared a Chili Dog (chili and sour cream, £6) a New Yorker (pastrami, swiss, jalapenos, horseradish, mayo, £6,) plus some cheesy fries (£3.50,) and BBQ beans (£2). It was all bloody great, mucky, messy and gratifying, exactly what's needed with food like this. The cheesy chips and BBQ beans were spot on too. Even the bread used for the dogs was pretty decent, it didn't fall apart under the weight of the good stuff. Mrs B thought the hotdogs had a slightly tough skin which didn't bother me, but the taste was all good and they were priced reasonably too. 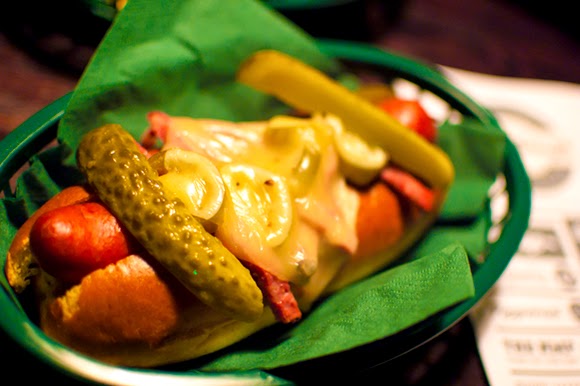 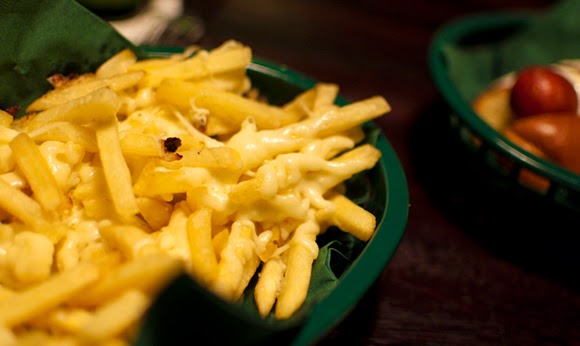 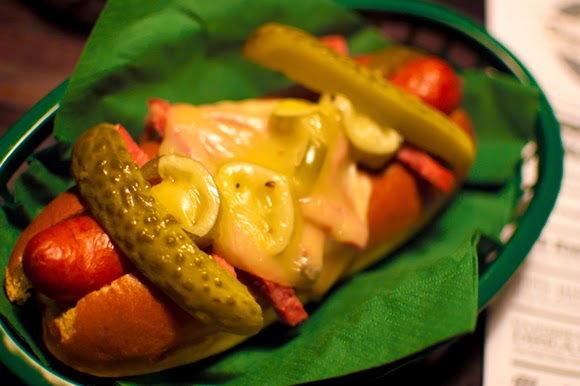 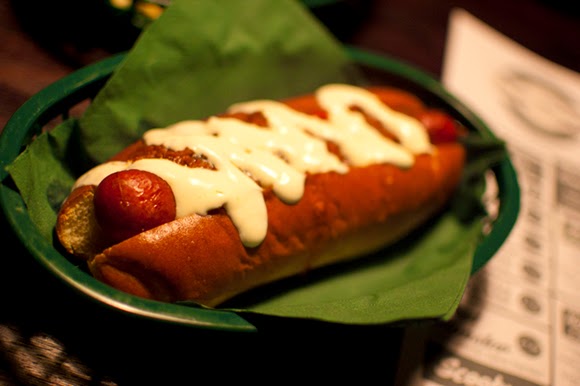 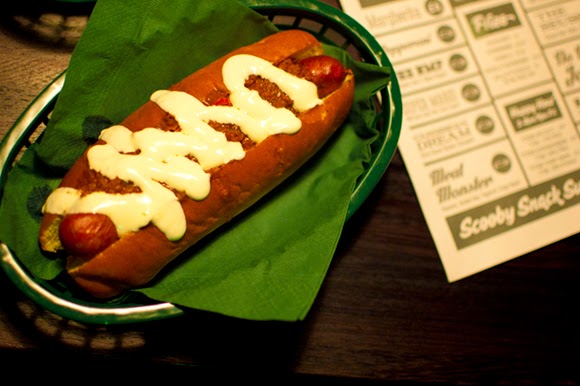 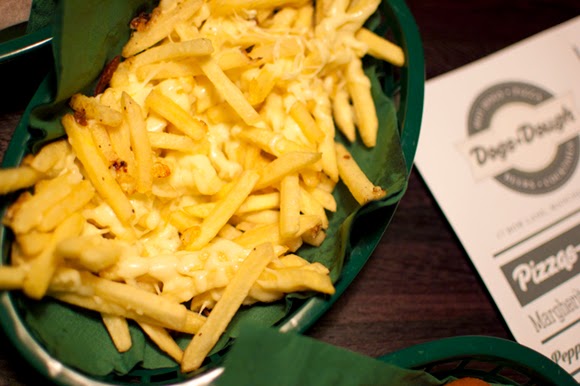 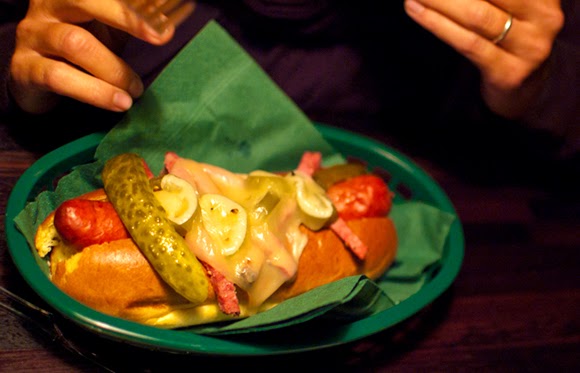 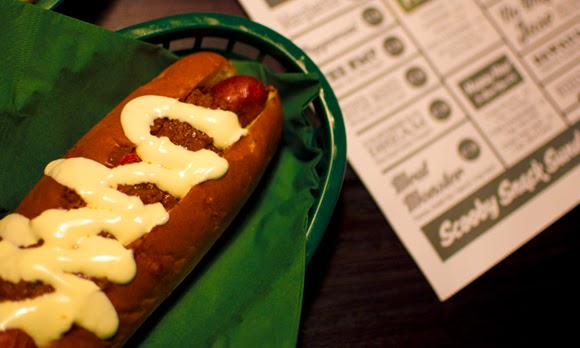 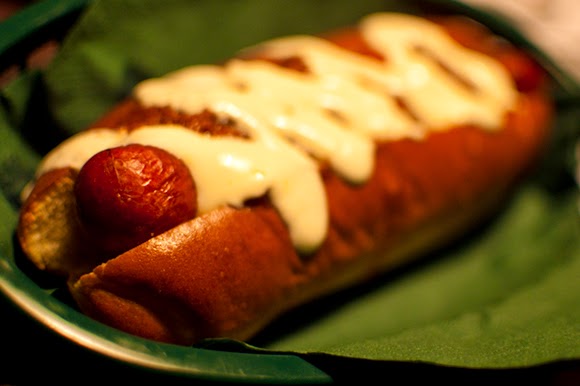 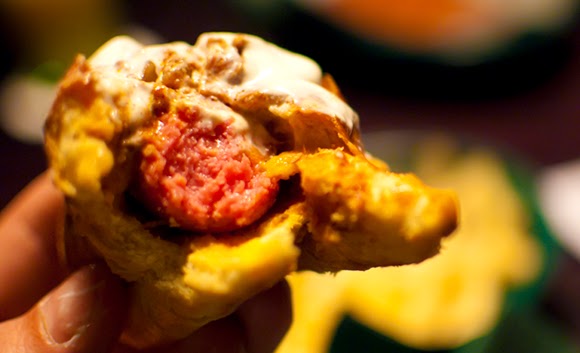 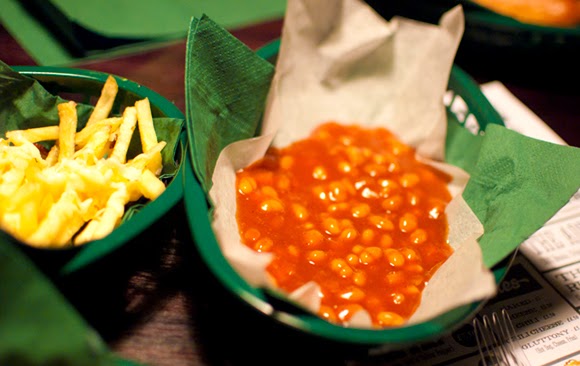 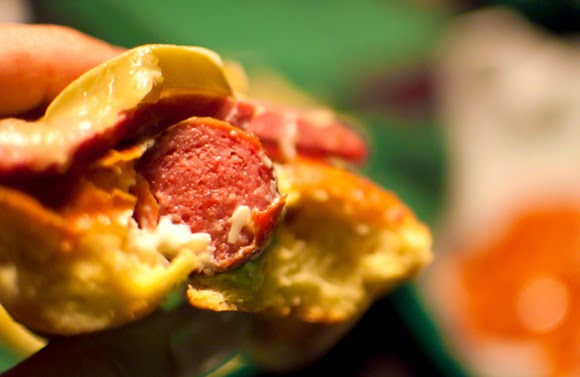 The only thing that jarred slightly was paying top prices for a pint of Budweiser, I know I liked the signs etc but the beer itself is poor and bland. They do have a selection of bottles, but the first drink on a Friday night for me needs to be a full pint (a small bottle wouldn't touch the sides). Perhaps they will get more choice on tap, I'd hope for some craft beer; an American IPA and maybe Blue Moon wheat beer which I wouldn't mind paying town prices for. 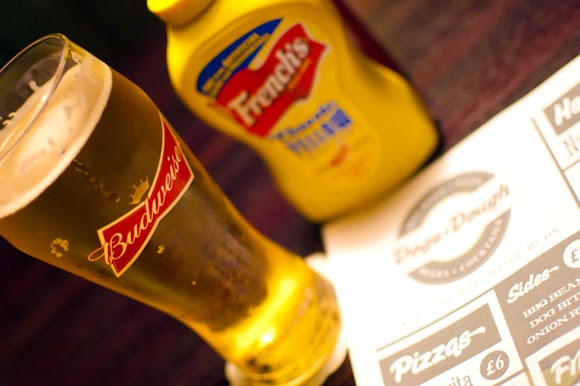 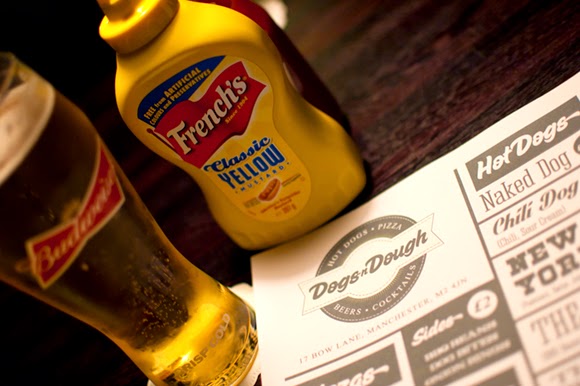 That said, we both really enjoyed Dogs n Dough, and would happily return, especially if the planned blues bands appear, it would make for a fun night out with a load of mates, and I could pretend that I'm in those terrible 80's films I love so much.

Follow @Bacononthebeech
Posted by Bacon on the Beech at 16:49