The Cornerhouse has been a part of my life since I first came to Manchester in 1989. It's outlasted friendships even, partners too. For me it's honestly one of the best things about living here. I've seen so many amazing films there. Too many to mention in full, but ones that come to mind are; Cyrano de Bergerac (1990), Reservoir Dogs (1992, Quentin Tarantino actually gave a talk there when he was just an unknown cult director on his first film), Life is Beautiful (1997), loads of Studio Ghibli films (notably Spirited Away; 2001), The Spanish and Latin American Film Festival (where I first saw Pedro Almodóvar films), and more recently last years stunning Moonrise Kingdom and Beasts of the Southern Wild. 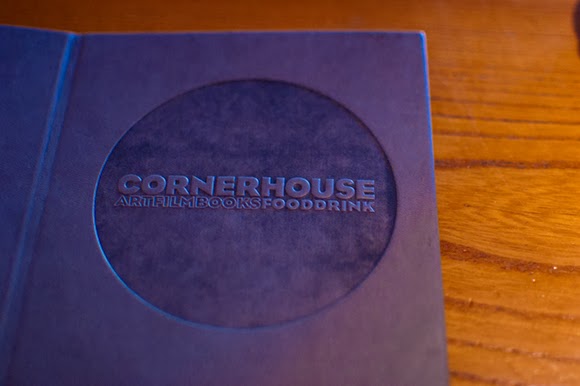 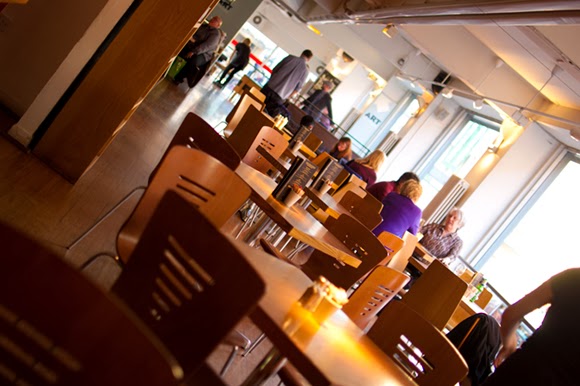 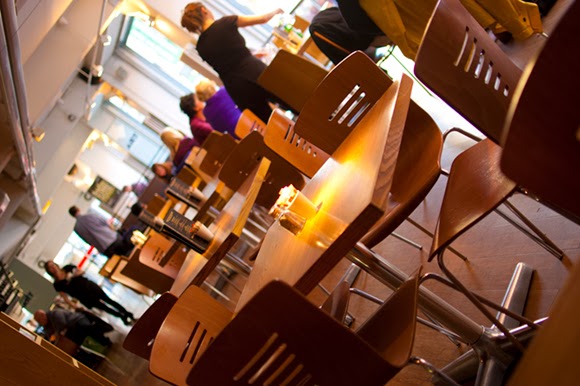 So you may be thinking this is a food blog; get on with it, but if you're not already a fan and live in Manchester I'd describe it in this way. Everyone loves a burger right? But you don't want to be eating them all of the time. Imagine life without Sushi, Chinese, Indian, Tapas, Italian etc? Basically I'm making a clumsy metaphor between food and film. There is a world of amazing stories at our fingertips, and it doesn't always revolve around the Hollywood machine (although like a burger, sometimes that is all you want.) Well as we were going to see the new Woody Allen film Blue Jasmine (a superb film by the way), we thought we'd take in a pizza before hand. It handily linked in with my search for fantastic pizza which is proving more difficult than I first imagined. 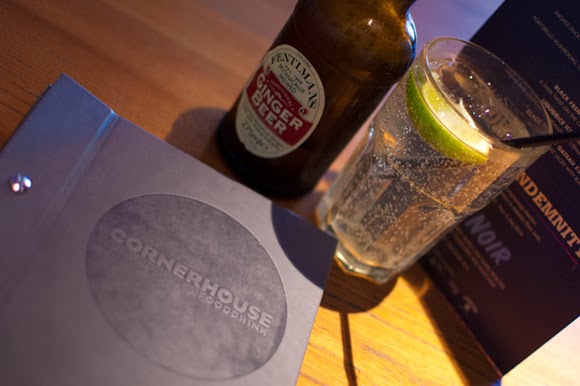 The café on the first floor is always busy. We settled in a corner and ordered two of the Napoli-Style Stone-Baked Pizzas. The Polpette, Mozzarella, beef & pork meatballls, (£8.75) and the Formaggio di Capra; Goats cheese, roast peppers, sun-dried tomatoes, mozzarella & tomato (£7.75).
When they were arrived they were surprisingly MASSIVE! Looked good, I tucked in. Here are my comments; the base is too thick, (although good that it's made on the premises), not enough tomato sauce, and the meatballs on mine tasted a bit weird and processed although they looked home-made. Mrs Bacon's was better, the goats cheese adding a nice tangy flavour. The cheese on both had got that sort of congealed skin on, not quite right - maybe a little over loaded. I'm being super picky though, we both we enjoyed them for what they were - pretty good enough pizzas in a gallery/cinema café. At least they weren't being stingy with the ingredients. 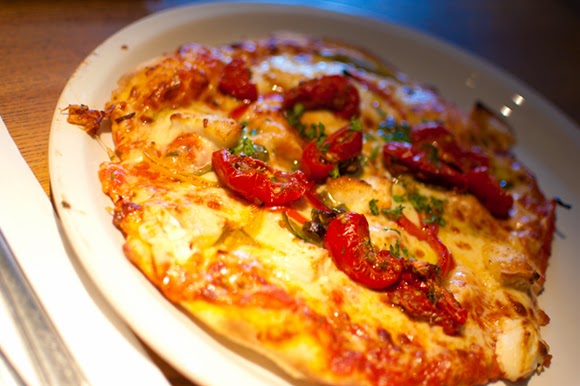 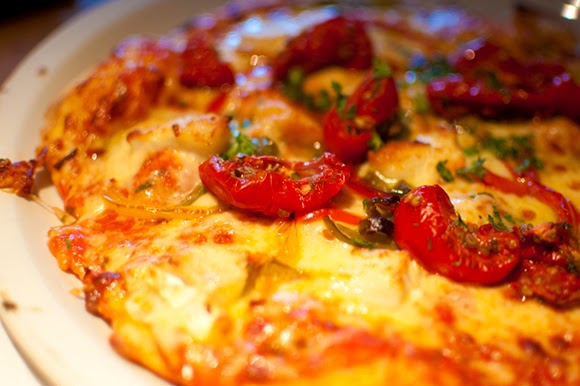 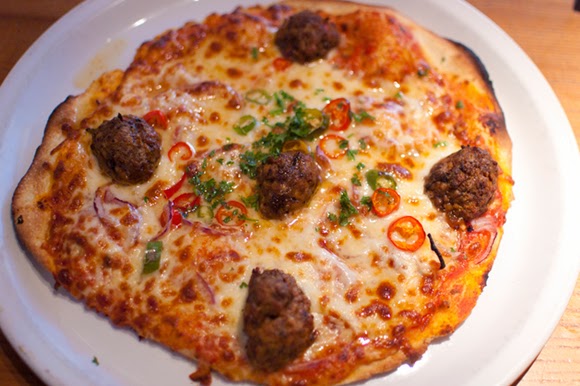 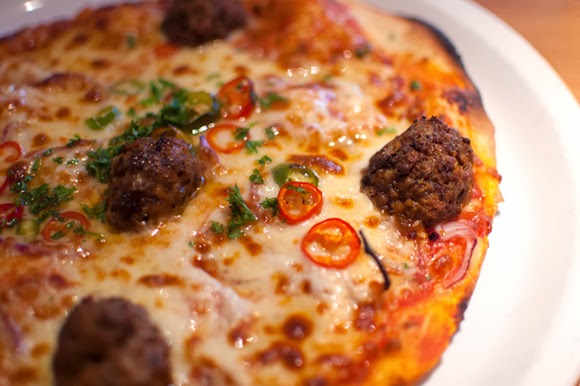 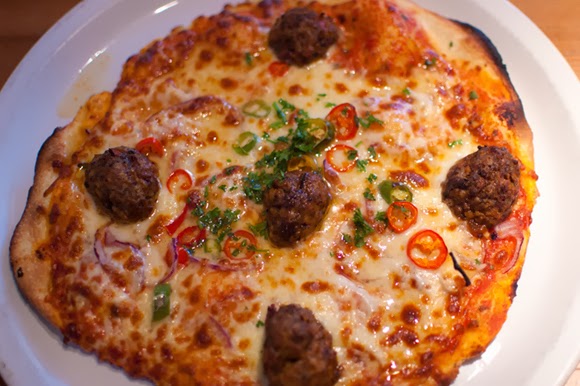 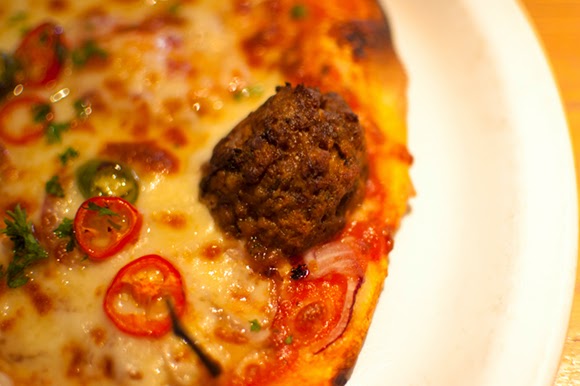 I'm not sure you'd ever go specifically to the Cornerhouse purposely just for food; there are better places top eat pizzas in town, (and worse) but it serves its purpose, and it is really popular. By 6pm every table was taken. Service was of the student getting through college waiting tables type, but that's kind of its charm too. We finished off with a perfectly fine walnut and chocolate tart. 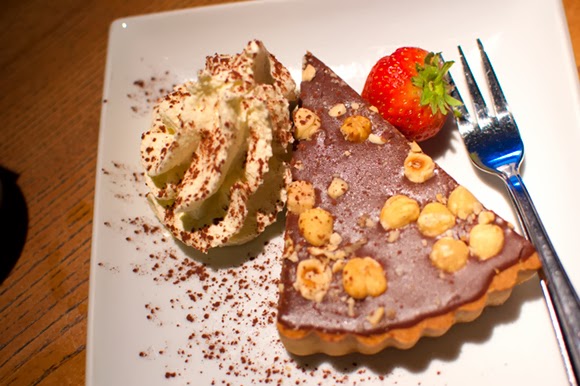 We were discussing the Cornerhouse and it's moving to a purposely built complex on First Street. Neither of us think it was a good idea. The location for a start is far worse, it's so well placed where it is now as Oxford road is so convenient. Mrs B used to work on First Street and it is a bit out of the way for buses etc plus we think much of its charm will be lost. Bigger is not always better.
However, I'm sure we'll always still visit The Cornerhouse when it moves.
To conclude the pizzas do not make it to my personal favourites in Manchester, but the cinema will always be a large part of Manchester and of my cultural life here. 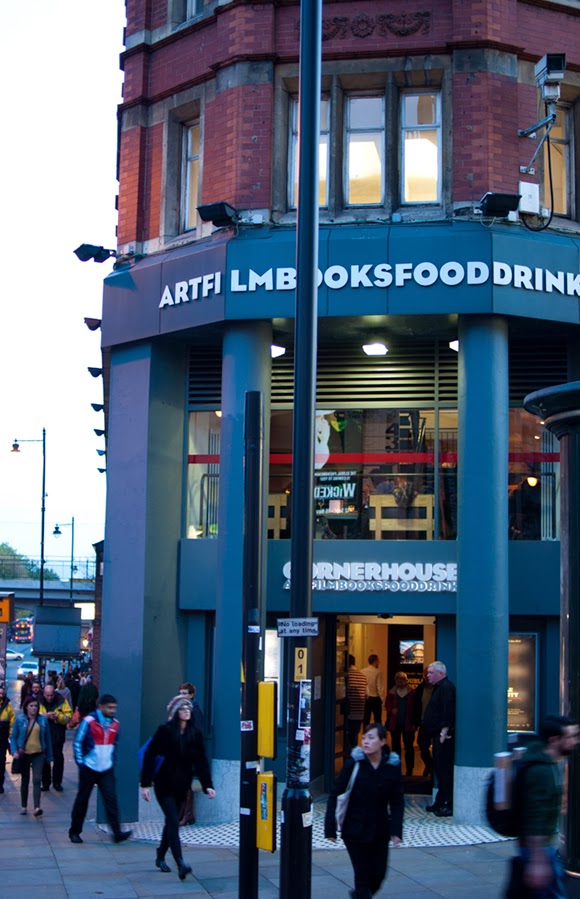 Soundtrack: A House Is Not a Home: Burt Bacharach.

Follow @Bacononthebeech
Posted by Bacon on the Beech at 13:03