Recently I described someone who definitely shouldn't be working in the hospitality industry, someone who was so rude, unfriendly and unhelpful, you wonder why they got a job working behind the bar at all (at Zouk incidentally.) On the flip-side, when you eat out as often as we do, you some times meet someone who is so brilliant at their job; charming, chatty and just a natural. This happened recently at The Chorlton Green Brasserie, a quaint little restaurant right near to where we live. The manager there is such an asset to this place; she's fantastic at her job. The other waitresses were nice too. 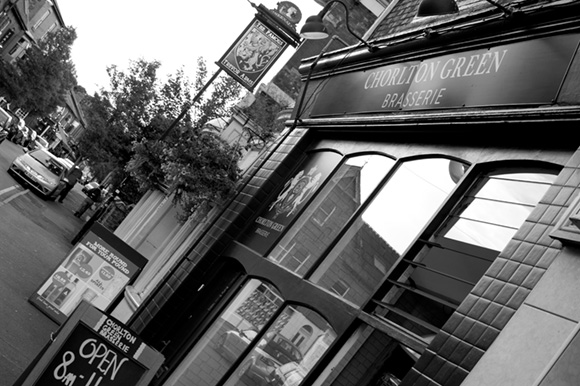 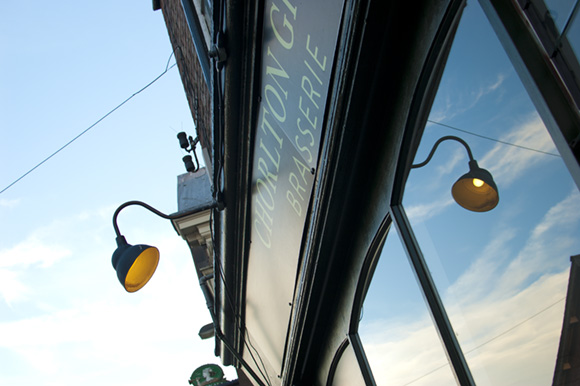 So why then did I have a sinking feeling in the pit of my stomach?
Well because the food on this occasion was really not good at all.
I don't say that lightly; like most bloggers, I didn't start a blog to be negative, there's enough of that on-line. I don't really enjoy these posts to be honest, but there's little point in reviewing anything unless you tell the truth. Here I have no choice at all, as the meal we had recently was such a massive disappointment. We'd really enjoyed it first time around as well. (Especially the pork belly). 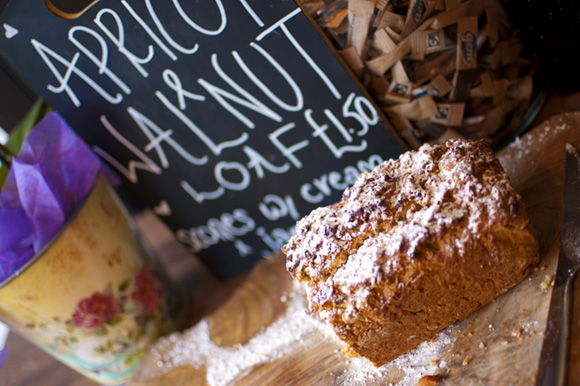 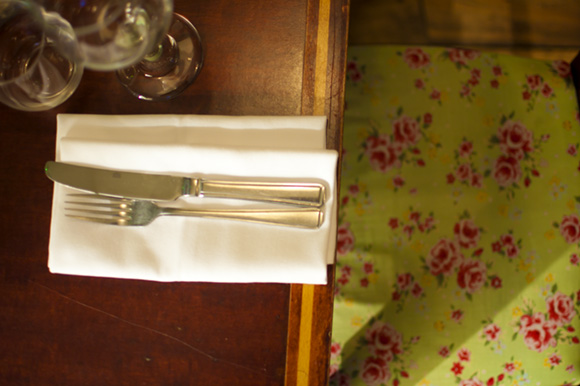 The warning sign came when we were given a big plate of complimentary bread. It was either yesterdays, or it had been left out all day, it wasn't fresh at all. There's no excuse for not quite fresh bread is there, even if it was free, especially when there's a fine bakery on the same street. The butter I think had been microwaved a little to soften it, it didn't taste quite right anyway.
For mains we had a Sharing board; Meat; salt beef, roast pork with crackling, potted duck, served with Troy’s piccalilli, crusty bread & pickles. It comes in at a whopping £14.50. The best I can say about this, was that it was edible. The pork was so dry, and the rest quite forgettable, like an average wedding buffet.
We also shared a dish of the new menu. Duck pork; pan fried duck breast, pigs ear chips, served with wilted spinach a beetroot fondant and spring onion mash. (£15.25). Oh dear, none of this worked for us at all. The meat was dense, dry and tasteless, the pigs ear chips weren't much cop and the veg wasn't much better, it was soggy instead of crisp. I wondered why they couldn't just do a classic Duck confit. 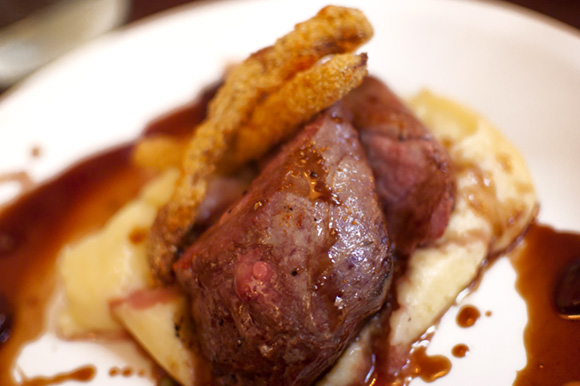 The most promising dish was the Savoury Cheesecake; Pea and artichoke savoury cheesecake with beetroot crisp. (£5.50). Sadly it didn't really deliver much in terms of flavour either.
None of it was cheap. We skipped desserts and got the bill.
So why didn't we say anything at the time? This is a complaint I often hear from restaurateurs. I can totally understand it. In this case I would have had to have sent everything back, and I'm not sure they could have done anything about it to be honest. Secondly, I'd just endured a 5 hour pig of a drive up and down the M6 in a journey that should have taken 2. I was knackered, and just needed to eat and have a few large glasses of red, before a red eye flight at 5am the next day. Thirdly, we were out with Mrs B's 80 year old Mum and Aunt who incidentally enjoyed it by the way (for what it's worth.) As it was Mrs B's mum's birthday I didn't want to spoil the evening, besides it had taken ages to come out in the first place. So we ate it all, (I'd not eaten all day) and kept our gobs shut. On the way home we agreed it was a huge disappointment. The following day in a typical Spanish seaside resort, we ate at a chiringuito (beach shack) we picked at random. The food was twice as good and yet half the price of the brasserie. 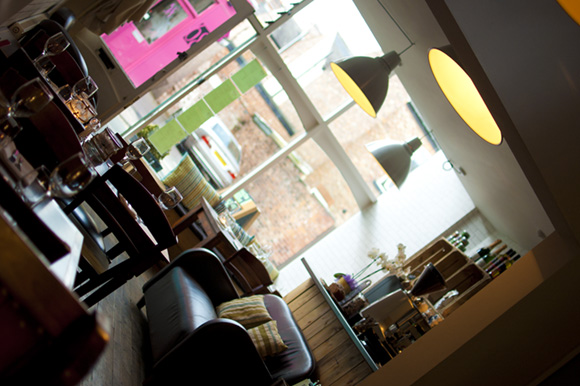 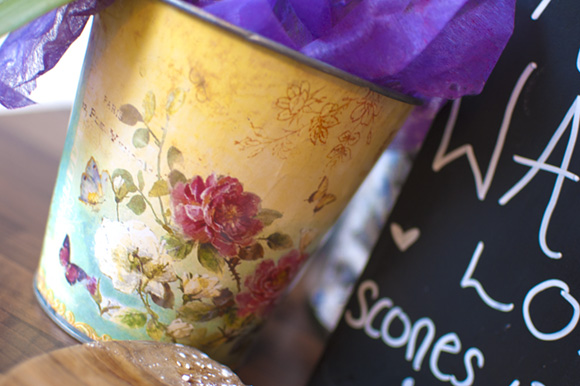 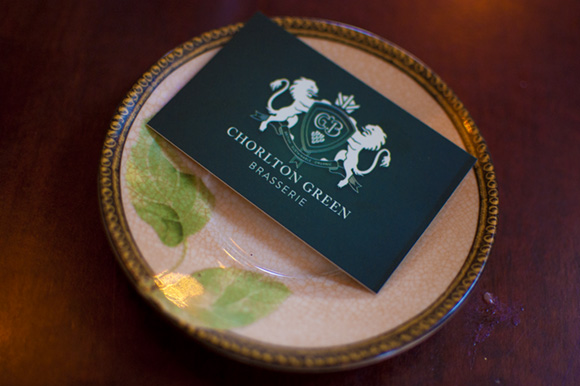 This is the problem that seems to be prevalent in Chorlton (and to a lesser extent Manchester); it's all style and no substance. The food just simply wasn't good enough - but the price is high. This cost us £20 per head! It just simply wasn't worth it. We could have eaten at the superb Parkers Arms for the same price! There was no love in the preparation of the food and consequently, we just didn't love it either. We didn't even like it much. Sorry, but it has to be said, otherwise, how will quality levels ever improve if we say everything is fine when it isn't anywhere near good enough for the price we paid? 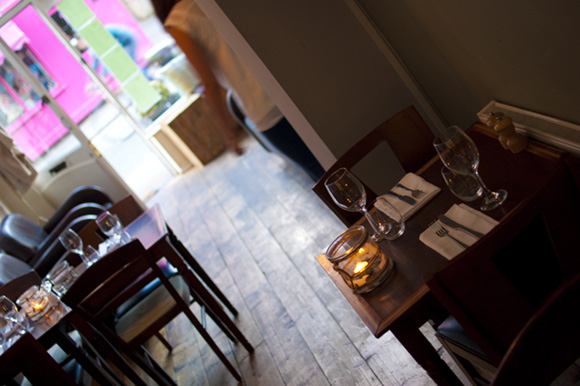 Price: Not worth it in my opinion.
Service: 8/10 Really good, charming staff.
Very slow food coming out of the kitchen though, considering there were no other customers.
Atmosphere: Shame, as I really like it inside, quirky touches; shabby chic I suppose.
Food: Not very good on this occasion.
Star dish: None
Score: 3/10.

Follow @Bacononthebeech
Posted by Bacon on the Beech at 13:54