We went along to check out the new café Caffeine & Co in Longford Park which is not too far from us on the borders of Chorlton in Stretford. It's a pleasant park with a Pet's corner for the kids which is right next to the café and the children's play area, so they have a captive audience right there. 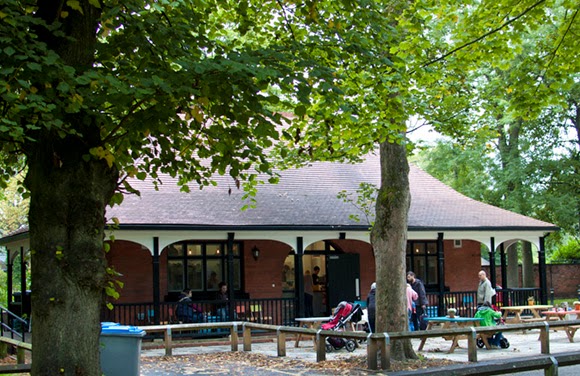 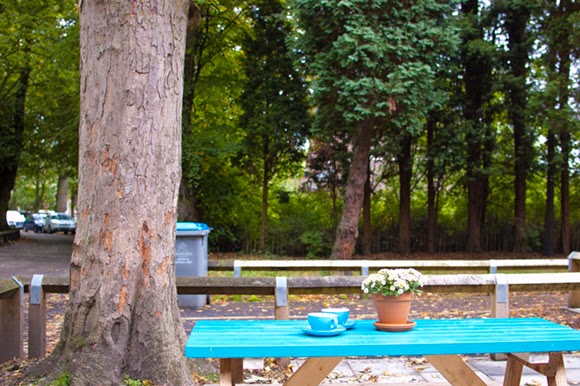 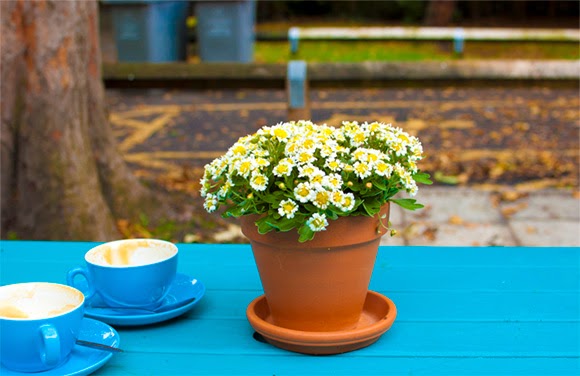 I ordered a sandwich and a bagel. Straight away I could tell the attention to detail was correct. Sometimes I think one of the most important differences between a good restaurant and a bad one (at every level) is attention to detail, making that special effort to make sure everything is as good as it can possibly be. To start with, the bread here is quality, well it would be, it's from nearby deli Barbakan. They hadn't scrimped on the ingredients either. The told me they were making pretty much everything from scratch, and this location would actually be their base to prepare food for their other branches. 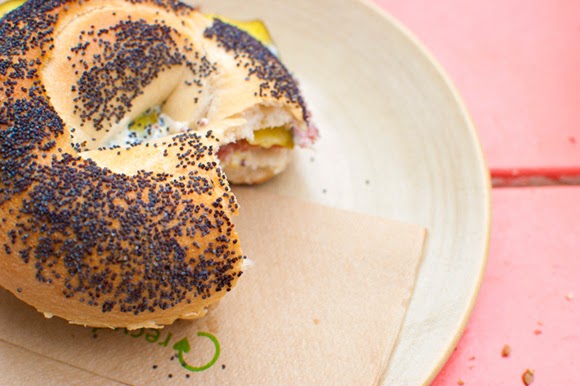 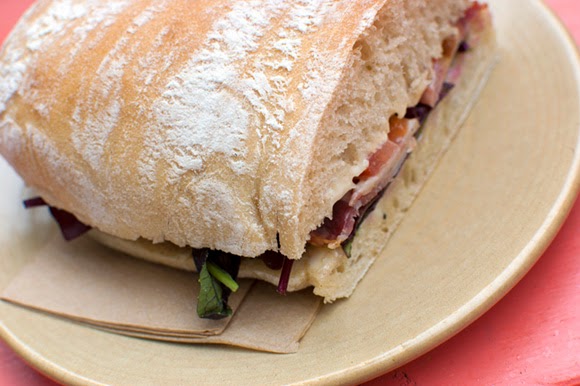 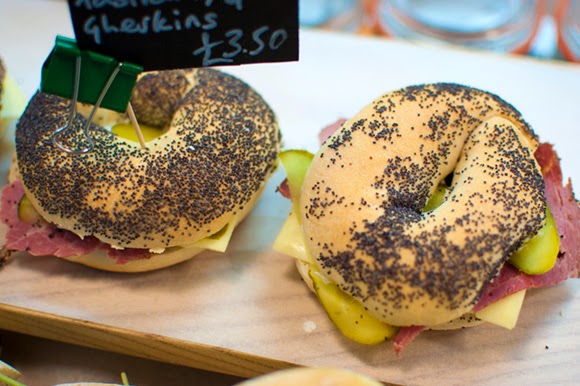 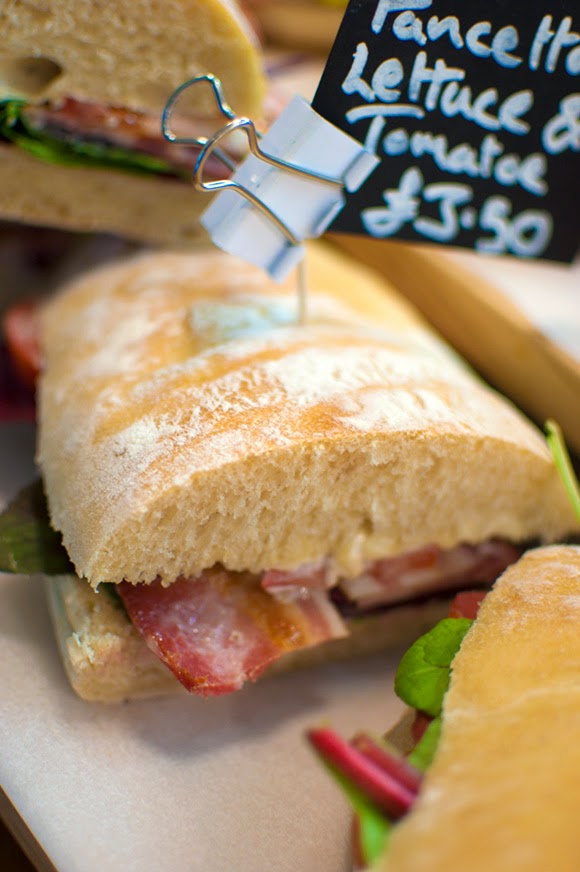 They have a newish branch in Manchester and shortly another to open in Spinningfields.
Soon they will be baking their own bread there too in partnership with Uprising Bakery. I went for a cupcake to share. Mrs B is very very fussy about cakes; the merest hint of dryness and she will screw up her nose in disgust and say "a bit dry." Not in this case, it was proper moist. She went in for another one, plus two coffees. 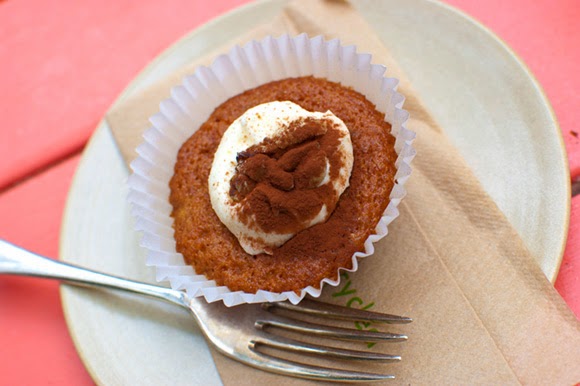 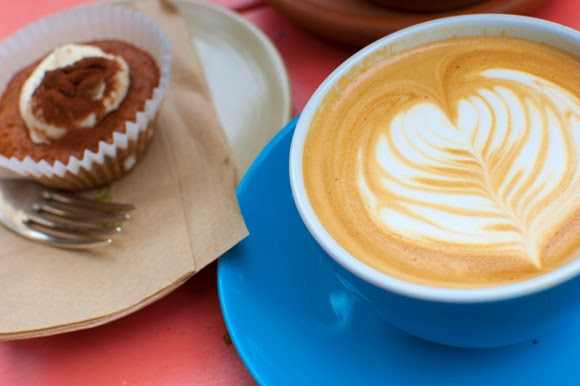 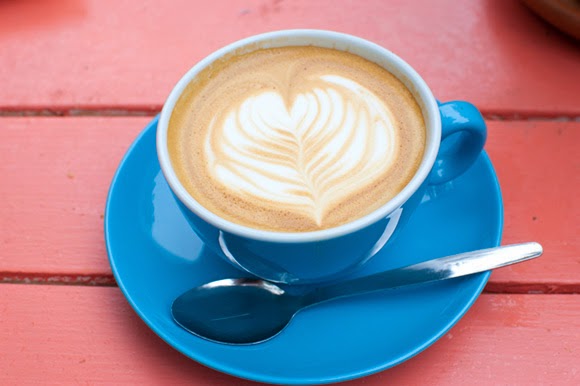 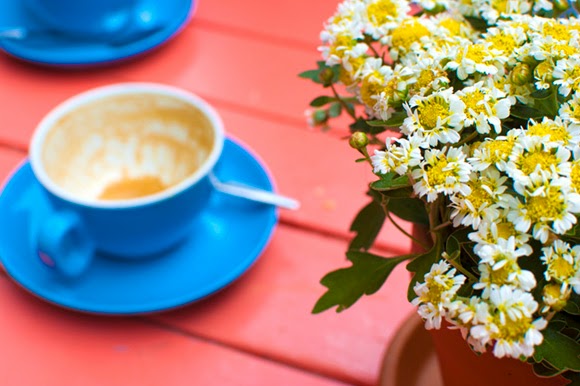 The cappuccino was good, but I'd have liked a little bit more strength of coffee in there personally or less milk. The cappuccino is not a latte and shouldn't be overly milky. It was a mile away from the blandness of somewhere like Starbucks though.
It was a very enjoyable brunch sat outside with the dog in Longford Park taking in the Autumn sun. We both rated Caffeine & Co and would happily return, they're doing things the right and proper way; with attention to detail. 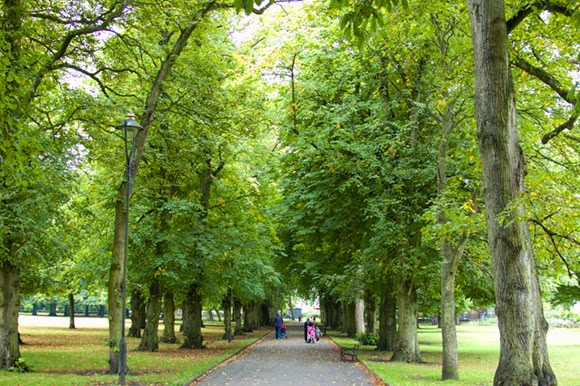 Follow @Bacononthebeech
Posted by Bacon on the Beech at 15:14