If you wanted to get into sampling British Craft Beer at its best, you can do a lot worse than drinking Kernel ales. In fact, every single beer I've tasted by them has been excellent. It's the epitome of a modern British Brewery, inspired by the American craft beer style with upfront flavourful beers, a million miles away from bitter of old that used to taste like warm dishwater. 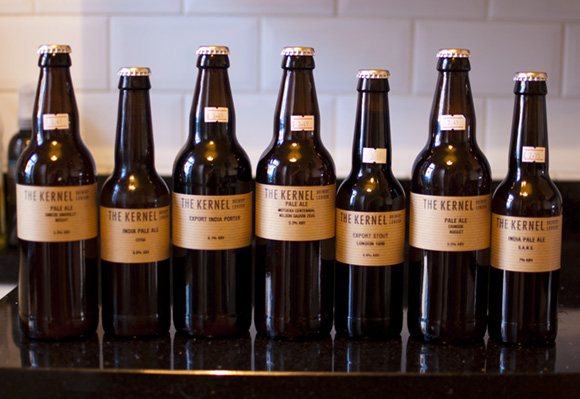 Here's some that I've recently tasted. Sorry if it gets monotonous, they were all fantastic! Apparently each beer is slightly different, they don't brew exactly the same twice so that's why there are many variations of their pale ales.
The Kernel Pale Ale Chinook Nugget. (£3.49).
All these pale ales are cloudy. This is fresh, dry and bitter. 8/10. 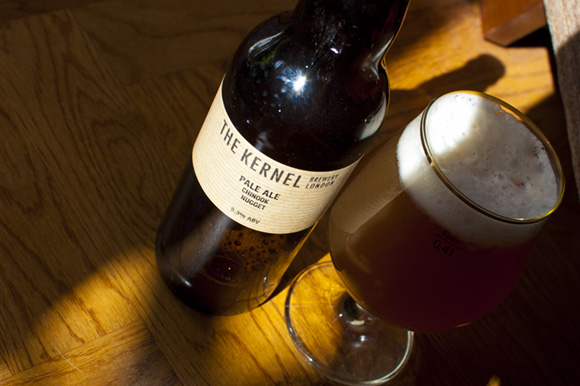 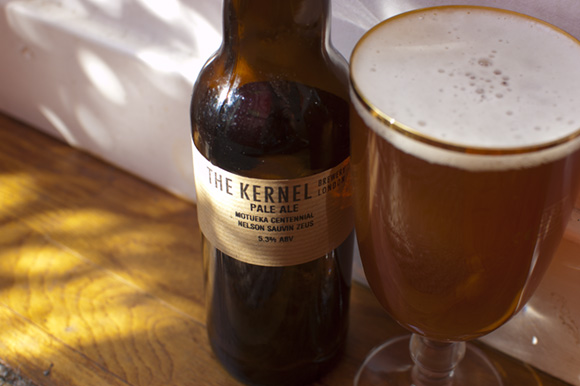 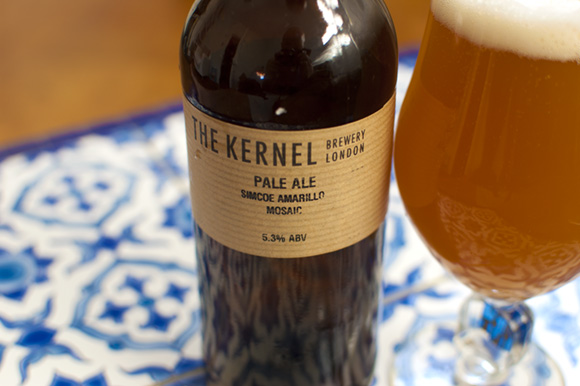 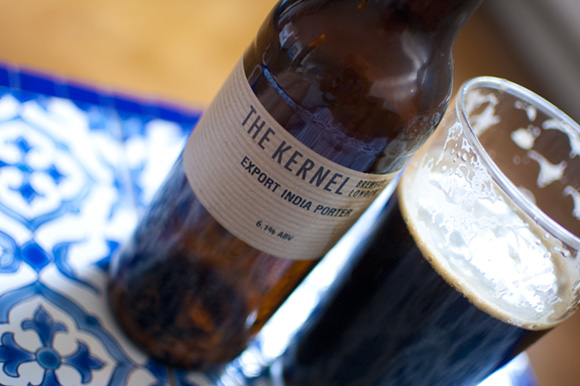 The Kernel India Pale Ale Citra. (£2.95).
A classic IPA, tropical flavours, fresh and hoppy with a touch of grapefruit. Not too bitter though. 8.5/10. 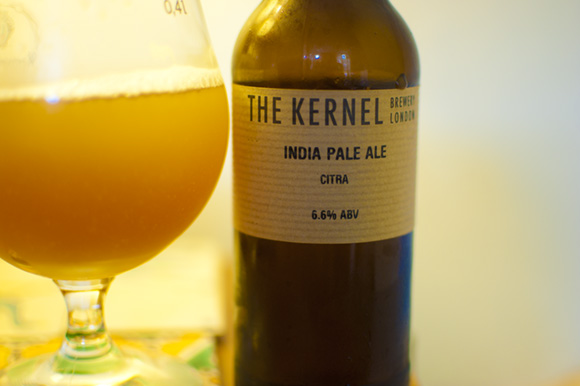 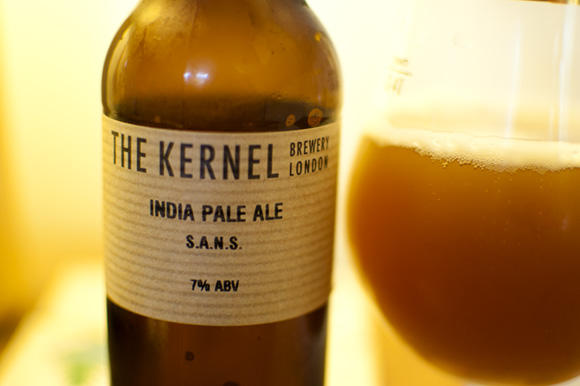 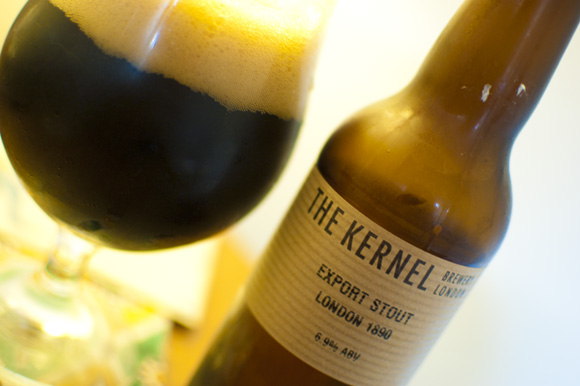 So the moral of the tasting is if you see Kernel beer just buy it, it's bound to be good.
I got mine from The Chorlton Off Licence, (it's their biggest seller,) but it's available in most good beer shops now.

Follow @Bacononthebeech
Posted by Bacon on the Beech at 10:39