The Hungry Gecko at The Beech, Chorlton.

I like being first in the queue. Just so I can say 'have you not been there yet!' (The following day usually!) I was rather pettily pleased with myself for being the very first person through the tills at both Pieminister and Beermoth (both in the Northern Quarter,) and was there on the first day at Cibo, Lust Luck Liquor and Burn, Damson Mediacity, Byron and Artisan. However, it's not always the best reflection of a place when they've only just opened. We were the very first people to be served by the Hungry Gecko at The Beech as well, and I had loads of interest on this website about it. (See my original review here.)
At the time I predicted it would be the local success story of the summer, and this has proved to be true. I've been back several times since (I do live about 2 minutes from there,) so it was about time I did a re-visit post. Since then The Beagle have also added a rotating street food operation, Guerilla Eats. Street food is clearly a big hit with people living in Chorlton.
At times I think the Hungry Gecko have been struggling to cope with how busy it actually gets, and occasionally they sell out, so my advice is, get there early like I do! As I said in the original post, it attracts the casual eater; you can go there for your tea or just have one dish as a snack (it's rarely one dish with me though.) 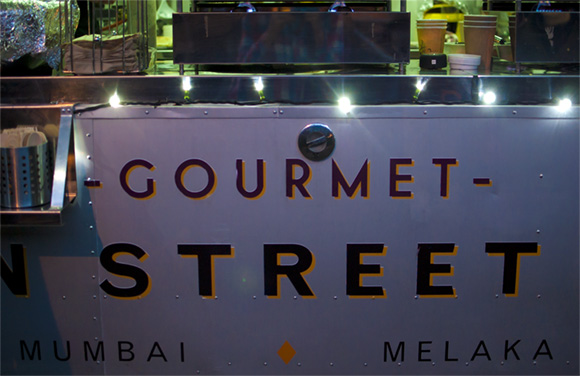 It has gone from strength to strength, Jackie has perfected her dishes and made them spicier, I'd also say the portion sizes are fair (something that some of the Guerrilla Eats traders hadn't quite got right yet I felt on my visit.) As I'm always saying, Chorlton-ites want good value for money. That's another strength of The Beech, the beer prices are not yet too astronomical (for Chorlton anyway.)
I was however dismayed to see they've now banned dogs from the room that we always sit in - the cosy side room. This is because of a new carpet. I hate carpets in pubs, they're so impractical as well. It's hideous, I can't believe they make swirly carpets like that any more! Anyway I digress, apart from a few moans about 'yummy mummies' taking over my local, (are they going to ban babies crawling all over the carpet as well?) The Beech is still my pub, and I don't see that changing any time soon.
Here are some of the dishes we've enjoyed recently. I especially like the Nasi Goreng with Pork Belly, I know Jackie has worked hard on this dish, no mean feat for a vegetarian. I also usually order the juicy Malaysian Beef Rendang. 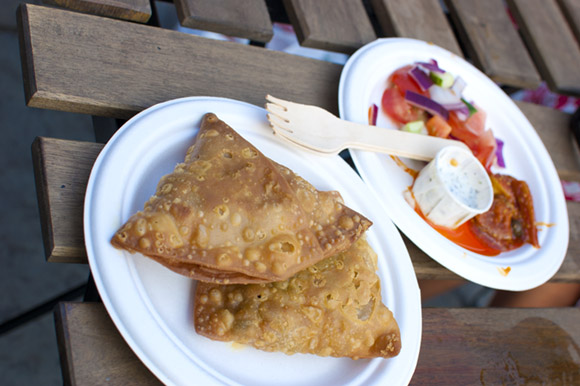 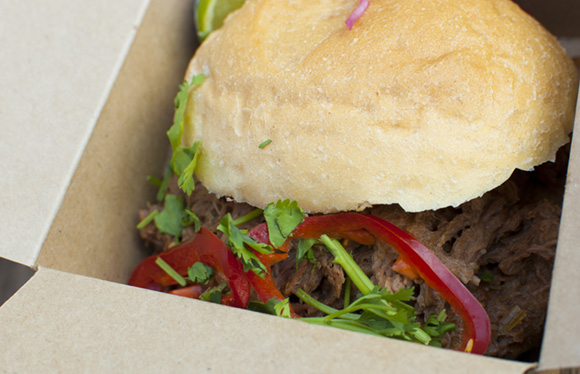 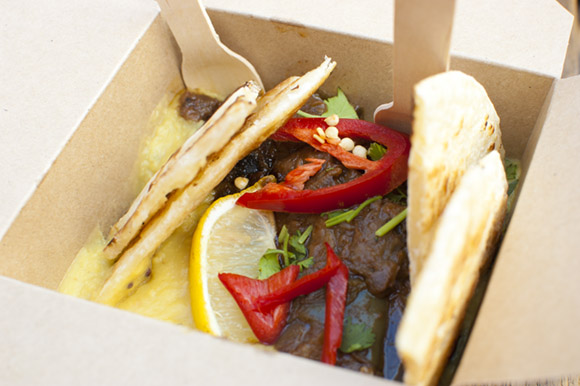 For pudding, you can not go wrong with the Rhubarb and Custard Samosa, a great idea that simply works. (I could do with a bit more custard though!) 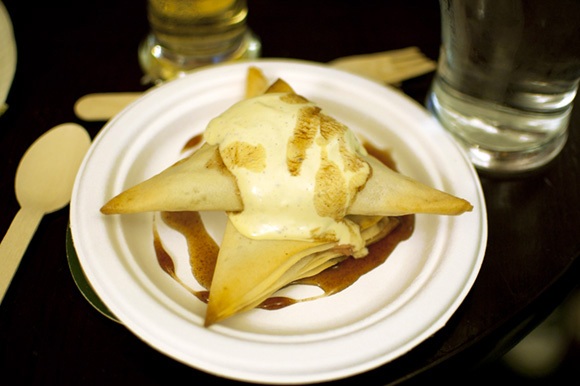 Here's my favourite yet; pani puri - it's a taste sensation! 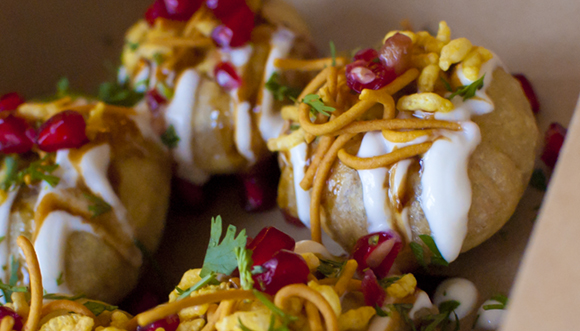 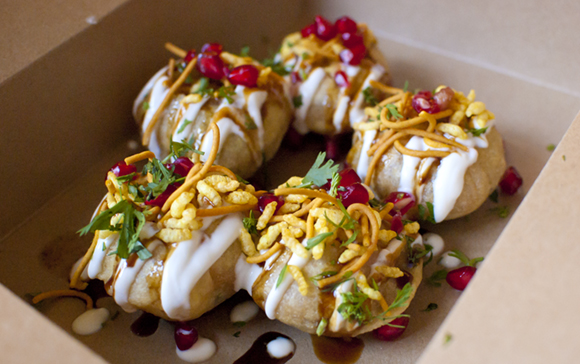 The question is though, when is the appallingly awful neighbour The Horse and Jockey getting street food in? 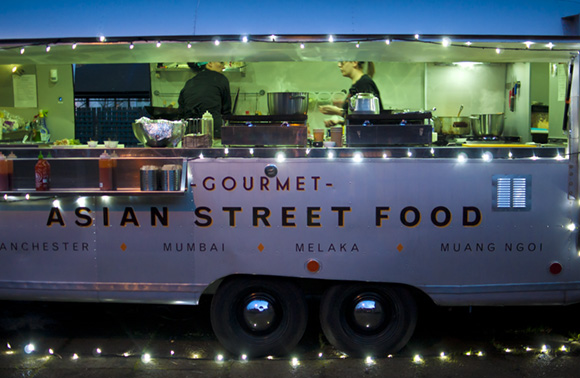 Follow @Bacononthebeech
Posted by Bacon on the Beech at 15:10