One thing I've learnt from our trip to Barcelona is this; the taxi drivers have no idea where they're going! We jumped in a cab and asked them to take us to Cal Pep. He'd never heard of it. (I thought it was quite well known amongst locals.) There's clearly no equivalent of London cab drivers 'the knowledge' here.
I was ill prepared really, I did have a print out of an ill defined google map showing the approximate street, but had neglected to write down the exact street name. The reservation had said be there at 1.15 sharp - do not be late! So we had my friends in the back desperately trying to turn on roaming on their iphone so they could google it, whilst the taxi driver is consulting his tiny A-Z whilst driving. After struggling with the traffic and the one way streets, at last we found it. Our driver got out and went down an alley in to a restaurant, I followed him, but this wasn't it, they pointed in the vague direction over the square, we all ran.
"Don't be taking pictures of the outside of the restaurant there's no time - and I need my lunch!" My friend Dr Gambas said! I did anyway. 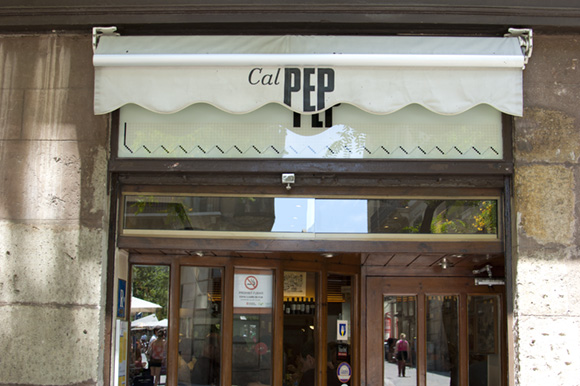 Of course when we arrived, they were nonchalant. We are so English with timing, in Spain when they say don't be late they mean no more than an hour anyway! The tapas bar to the front was heaving, despite it still being really early for lunch (1.30) but we were in the dining room to the back. (I'd found out that they do take reservations of four or more and emailed a request through.)  Basically the deal with Cap Pep (if you so wish) is that they bring you a selection of what they do. This is my sort of place - just keep bringing me more food! (It's not for the fussy eaters.) You can order what you want if you prefer, but that would be missing the point.
Our cheeky waiter said with a solemn face - no photos. Then he burst out laughing - he was having me on naturally! Our other waiter did the trick with the falling wine bottle - twice, and I fell for it twice! So the service was great, speedy, efficient and fun. So what of the food? Well there's a reason why it's so busy and that often there's a long line. The food is superior traditional tapas. That is everything they do is a about as good as it can be. So when you get some Jamón ibérico here, you know it'll be good. And it was, in fact everything was. Not fancy food, nothing has been messed about with but that's not what we're here for. The quality of the product is left to shine through, and no corners are cut.
We had:
Sardinas? 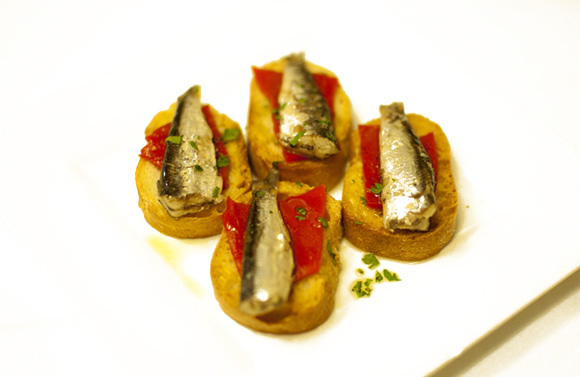 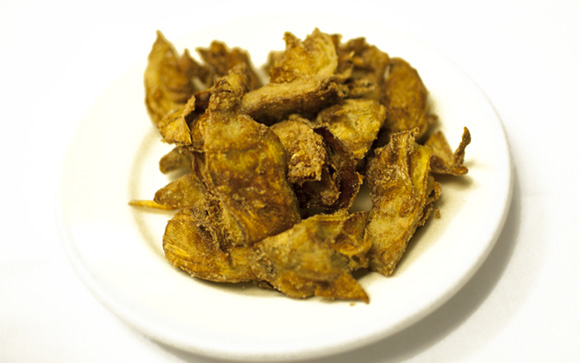 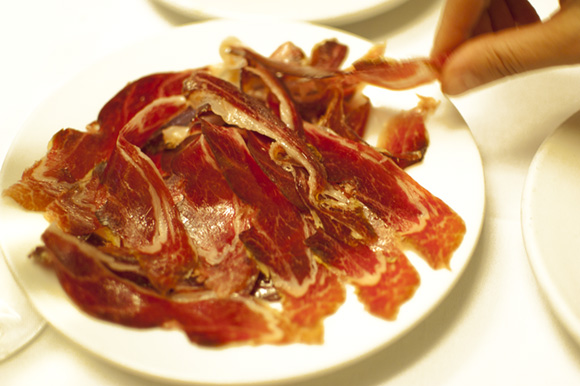 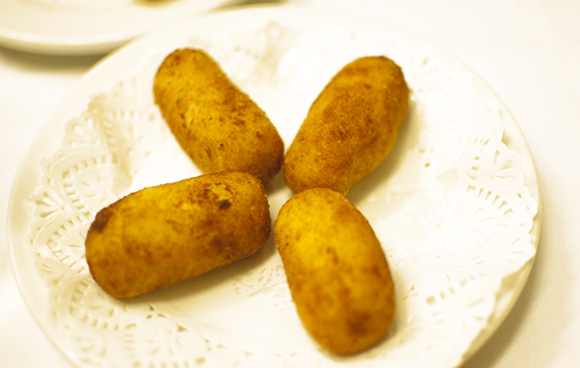 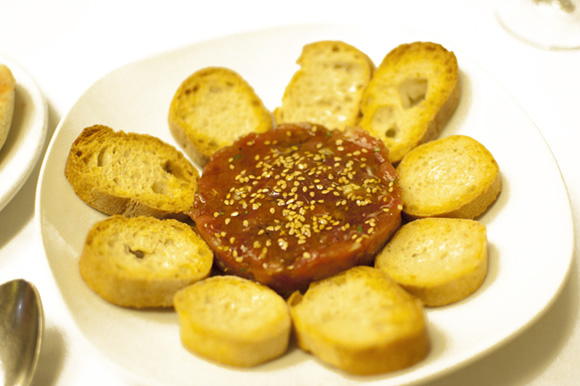 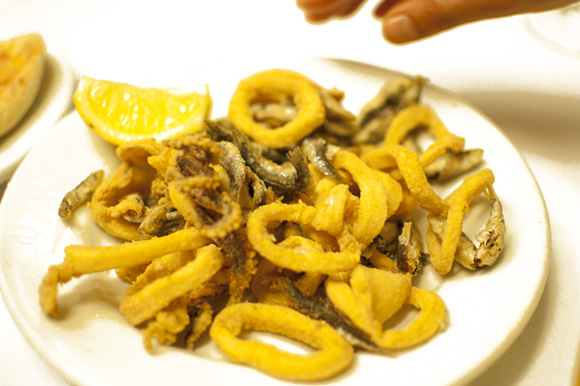 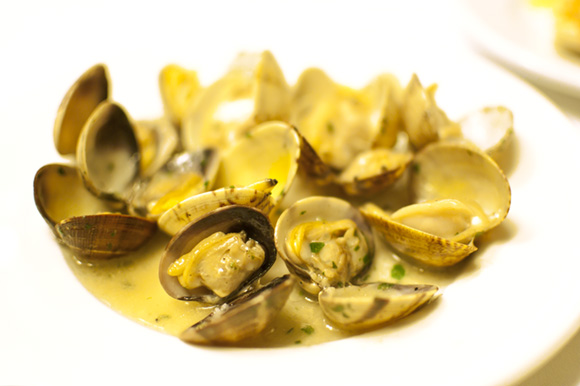 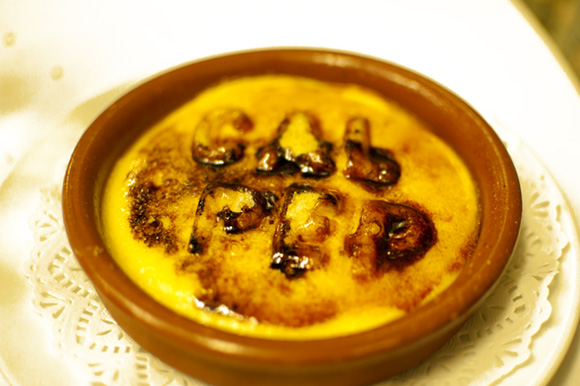 Everything was simply fabulous, in fact the whole experience was extremely enjoyable. We walked back to our hotel very full (which took about the same time as it did in a cab).


Follow @Bacononthebeech
Posted by Bacon on the Beech at 17:30