Straight away I must tell you that I love Relais de Venise L'Entrecôte. We've been before, but not since then they've lowered their prices to lure in the notoriously money careful Manchester public. It's only £17 for 2 courses. It's a right bargain now I think. It'd be at least that for an average steak in any average dull Italian wouldn't it? 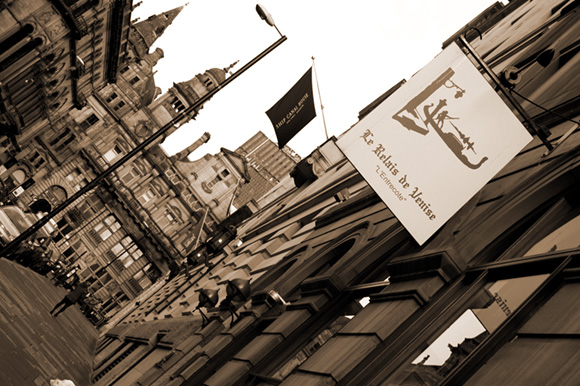 I love that they do just one thing, steak frites, and they do it very well indeed.
I love it's Frenchness and I love that it pisses off idiots on Tripadvisor.
'They don't do vegetarian' they bleat. Yes it's a f***** steak restaurant!
They won't serve butter! Tough luck, go elsewhere if you want butter!
'The chips are like McDonalds!' They're not chips they're frites and they're way better than those thick greasy ones you rosbeef eat. (I'm imagining all this conversation in an 'Allo allo' type voice).
'They won't serve my steak medium rare, only rare, medium or well done!'
'Are you still here I thought I told you. Non! Take it or leave it…..' 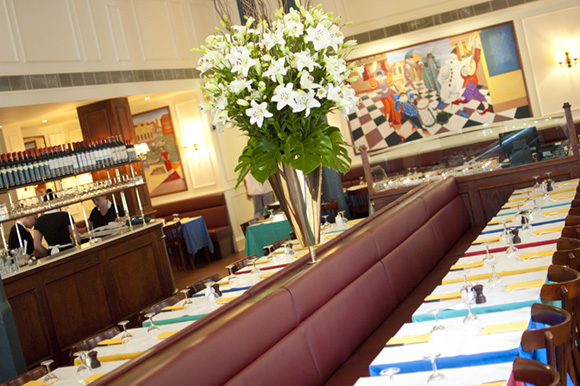 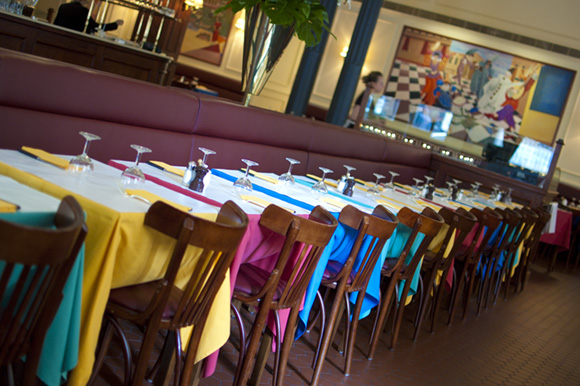 So we returned yesterday evening as it opened at 6, we were looking forward to this.
Straight away you get the starter, the classic walnut salad, it's just a walnut salad isn't it? I always enjoy it, I like the dressing. I ordered half a bottle of their house red as well. I've drank worse, it's a little harsh, but drinkable especially at just £7 for a half bottle. The glasses are like the ones our mums have at home; tiny dolls house size. The bread tastes like the stuff you get on your holidays. 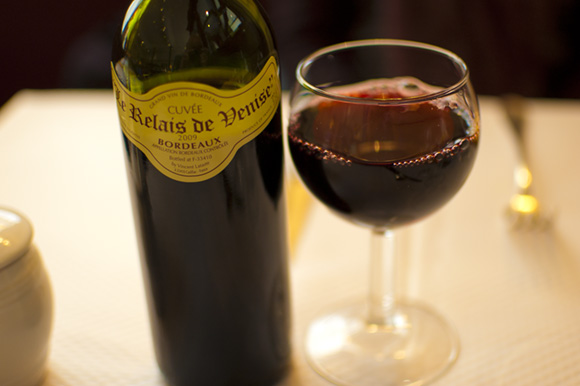 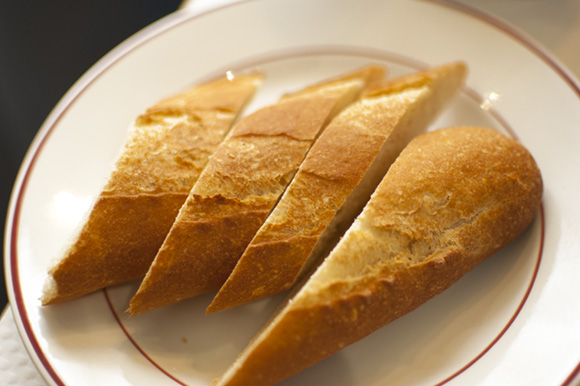 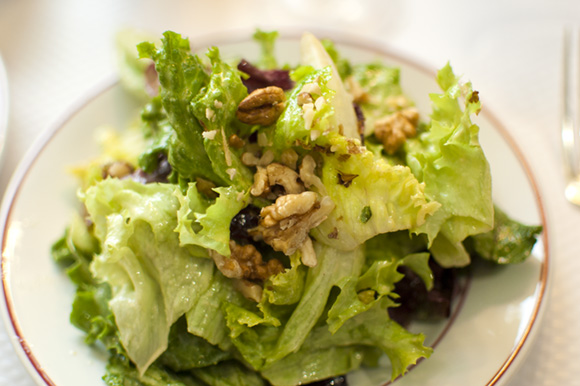 In no time at all the steaks frites arrived, they're fabulous as they always are.
I really like the thin cut meat always served rare of course. Because it's thin you don't get a lot of blood spilling into the delicious sauce. Shame. Still lovely steak though. I'm sure there are better steaks in Manchester (they'd have to be at some of the prices they charge in Smoak) but for me there's none more enjoyable. 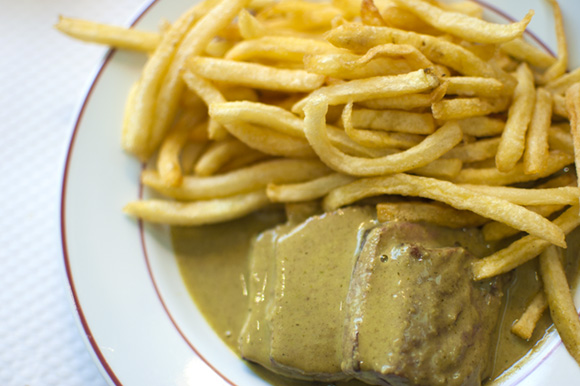 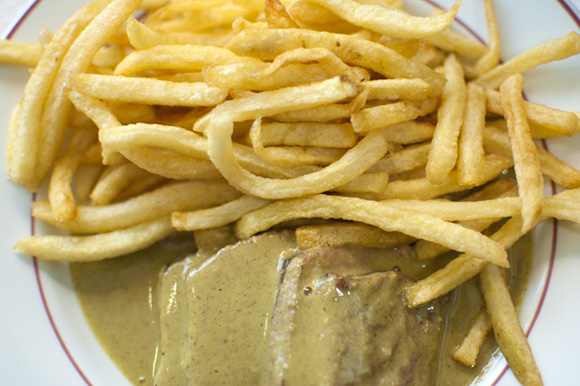 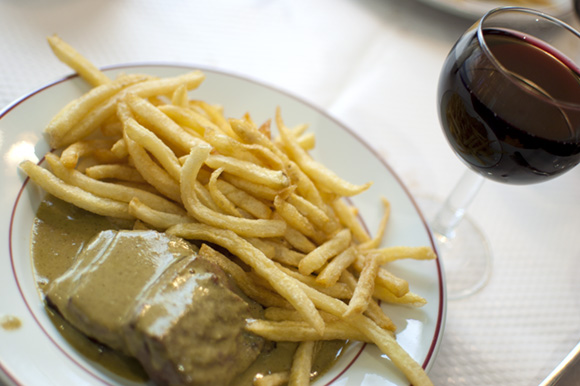 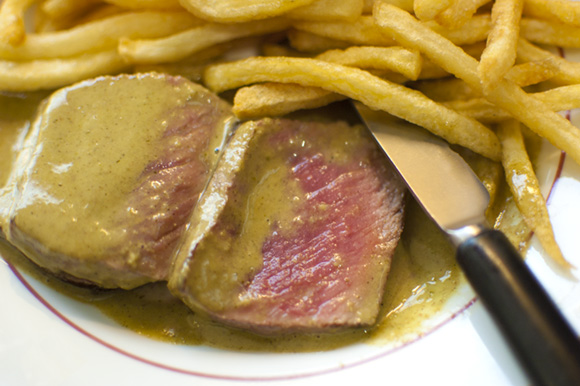 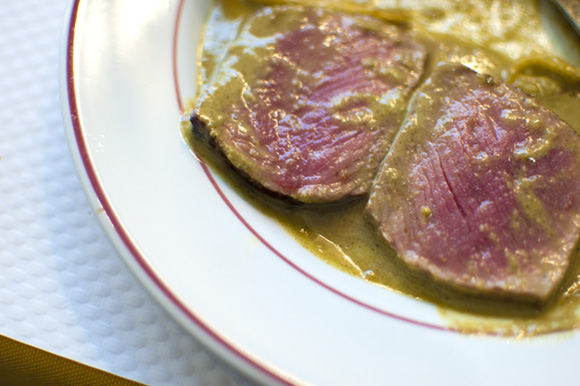 I love the secret sauce, we dip our fries into it. The frites themselves I also really relish. Recently Manchester Confidential re-visited, and the critic Jonathan Schofield didn't like the French fries much. I beg to differ, for me they're the best in town, they're so thin and crispy. I like their sharpness, they're like the bits at the bottom when you get chips from a chippie, but they're all like that - brilliant! I pick up as many as my fork will allow and dip it into the secret sauce and shove them all in my mouth in one go. Such a glutton!
For a moment I was taken back to eating chips on holiday as a kid. This little flashback rarely happens outside of a Michelin Star restaurant. They're so hot and savoury.
Greedy pigs like Mrs B and myself get rewarded with seconds, at last our talent for scoffing has its rewards! I ask for as many chips as my plate will allow. 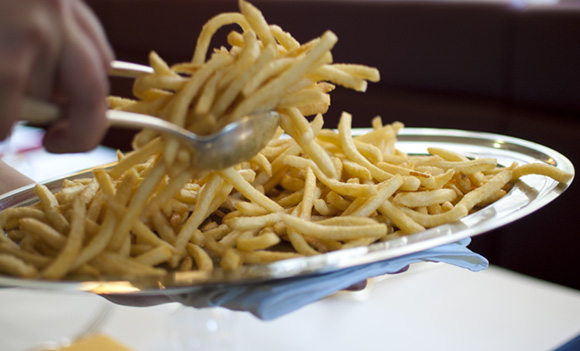 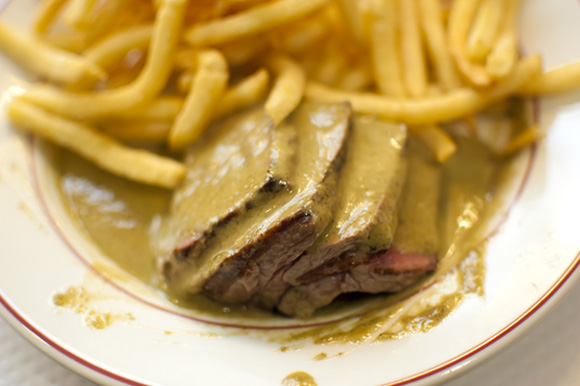 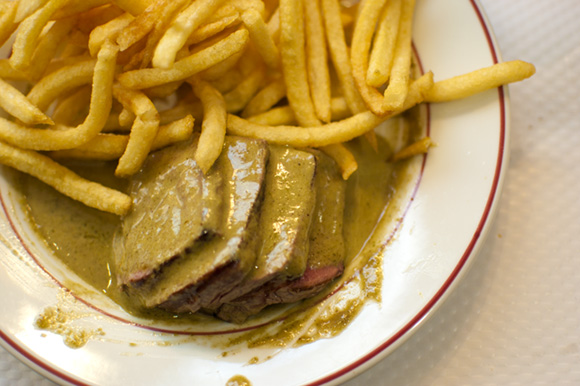 I wanted one of those massive puddings they do, but as Mrs B was paying she sensibly put her foot down and so we shared a Crème brûlée, and very nice it was too. 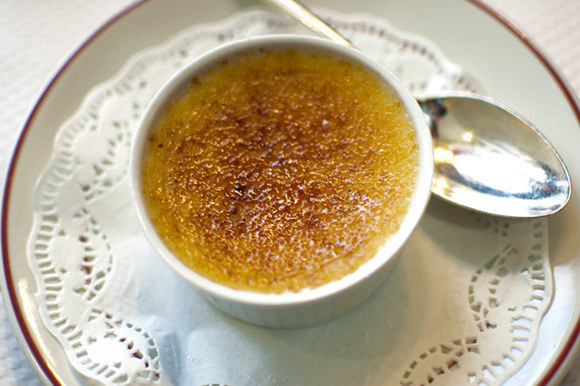 Things were going swimmingly.
Then I asked the waitress if the rumours were true.
She confirmed that they were and that le Relais de Venise L'entrecote is shutting it's doors for good on the 29th June.
We offered her our commiserations, she said she hoped to go and work in one of the London branches. But the other staff may well be out of their jobs. It's always sad when a restaurant closes, but with this one I think Manchester has truly lost something unique. A little bit of Paris in our rainy grey city. Yes it wasn't for everyone, but we'll miss it. Maybe she says they should have advertised more (perhaps on Manchester Confidential I say), as they were still getting new customers all the time.
There will be those that say Manchester folk didn't like getting told what and how to eat and that's a good thing. That's bollocks of course, the bottom line is money. There's just not enough footfall in Manchester, as opposed to London and people are more careful on how and where they spend it up here. Meanwhile the crowds still flock to TGI Fridays, Hard Rock and Jamies Italian, whilst a truly unique place closes.
We're just glad we went one last time. 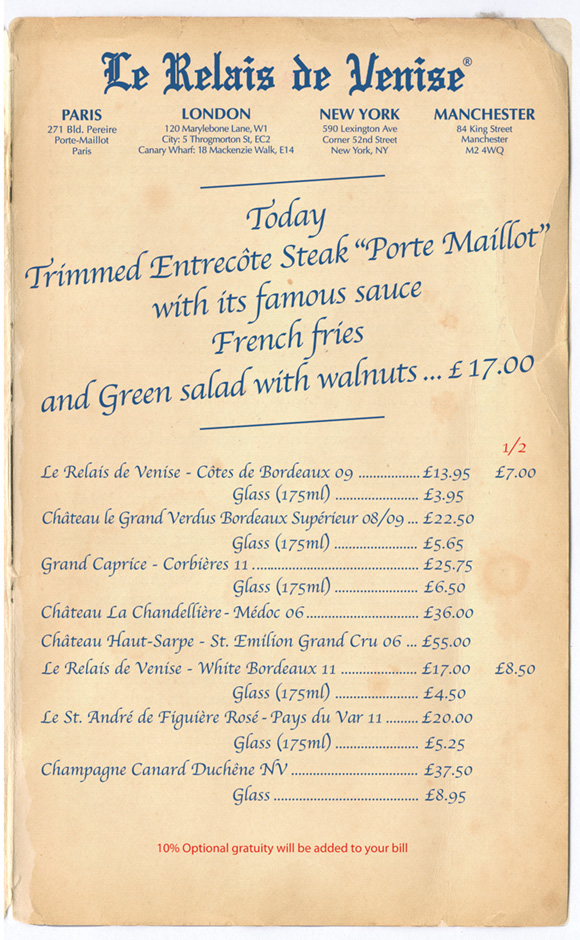 L'entrecote Manchester is closing for good on 29th June.
So go whilst you can. Just don't ask for butter.

Follow @Bacononthebeech
Posted by Bacon on the Beech at 11:10