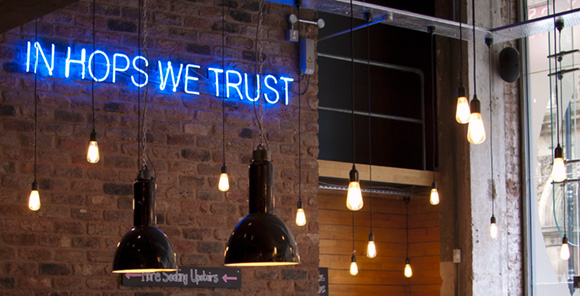 We went to Brewdog in Manchester not so long ago, just as they were changing menus the following week. I figured that they'd still do burgers, but no these have gone, to be replaced by ribs and pulled pork. Despite this, to be honest I had no immediate plans to go back, until today when our pre-planned lunch at Changos Burrito changed at the last minute. I could just not be bothered to join a queue of about a dozen people, all patiently waiting out on the street, plus I was on a parking meter for only an hour. Where to go? Pizza Express? No. Philpotts? Nah. How about that new Halal Steak place? Neither of us were keen, we'd had burgers on Tuesday.
I know, why don't we zip into Brewdog? So that's what we did. 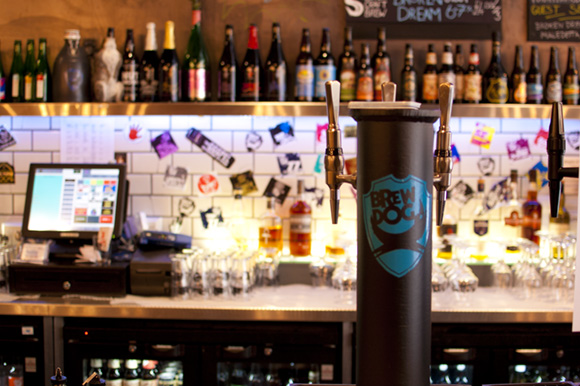 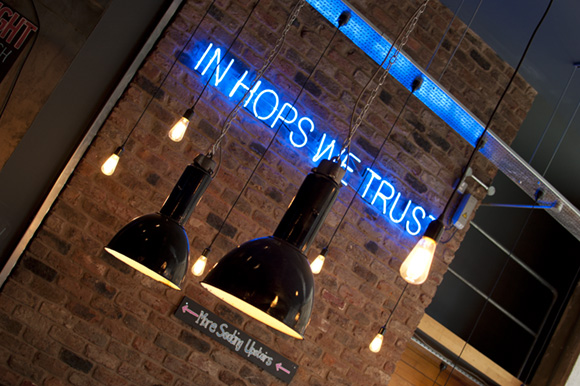 I asked what would be the quickest, and they said the Pulled Pork, (Smoked overnight, rubbed with spice and served in a roll). This was £9 and it comes with a side. It would have been mac and cheese as my first choice, but we were stuck for time, so we went for the Burnt Beans with meaty bits. 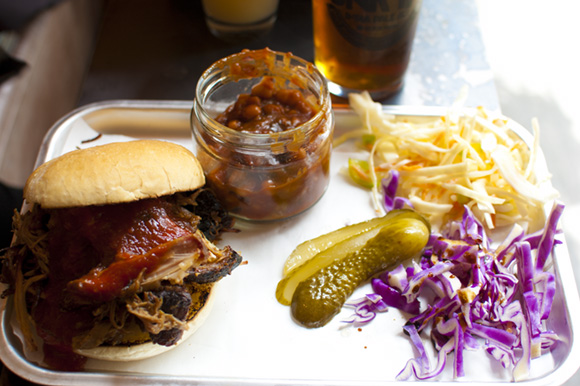 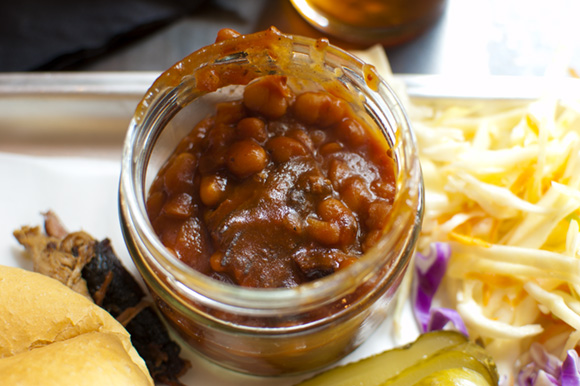 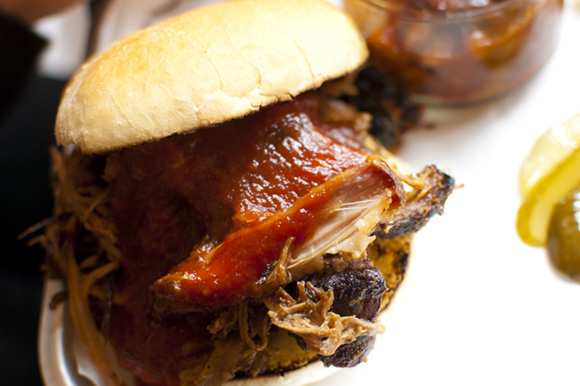 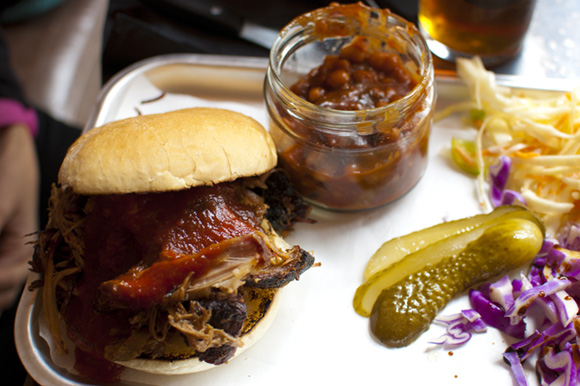 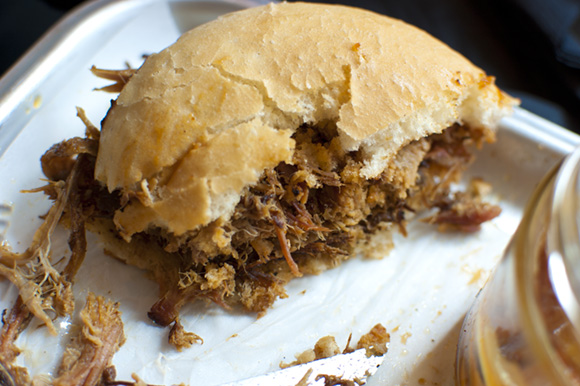 It soon came out as our really friendly barmaid had promised. We were sharing, it's enough I reckon for a lunch time, plus I didn't really want to be spending £20 for my dinner. I dug into the beans, they were fabulous, I especially liked the meaty bits. The pulled pork was nice and moist, perfect for soaking up the beer.  The only thing I will say is that the price I think is a little high. The portion was good, but you used to be able to get a burger for about fiver (which is what most people would spend for lunch). So although you can share, I noticed it was not super busy as the cheaper Changos had been. That said, I think we will be back to try the ribs sooner rather than later. 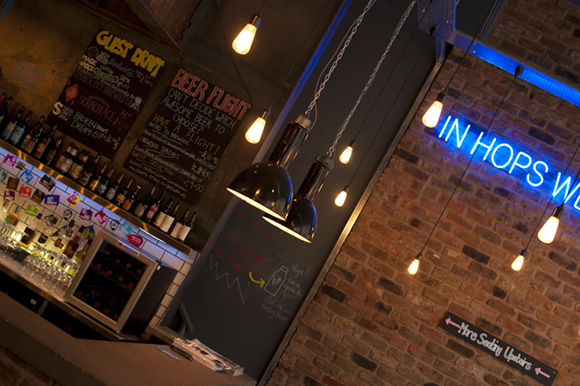 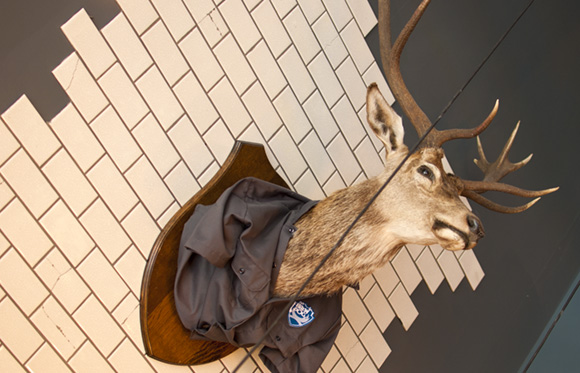 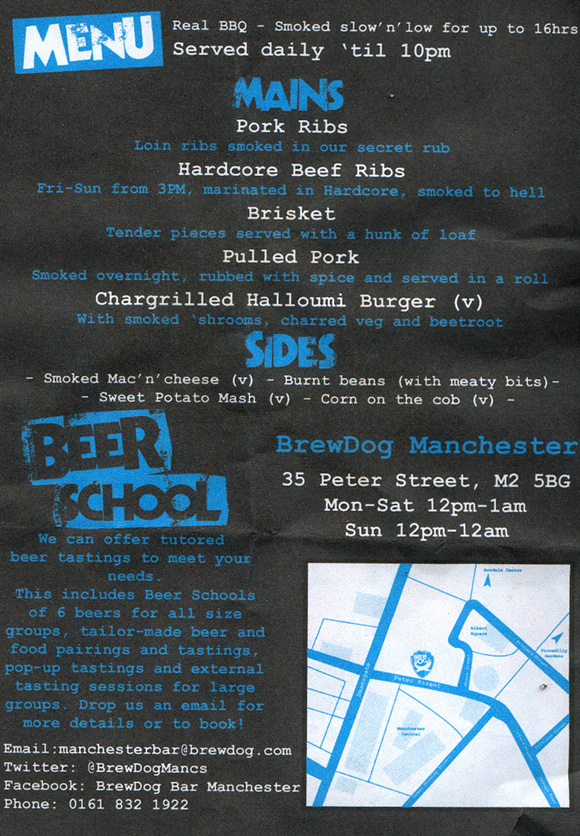 Follow @Bacononthebeech
Posted by Bacon on the Beech at 14:48