So I was invited to try the food at Mud Crab Café, but as I was too lazy to read the press release properly, it turns out this wasn't the Didsbury branch but the new one at Grinch bar in town. Problem was I was out at Didsbury talking to staff about a 'review' they clearly had no idea about. Never mind, we had a quick drink and I took some photos which you can see below. It had a nice vibe anyway this place. 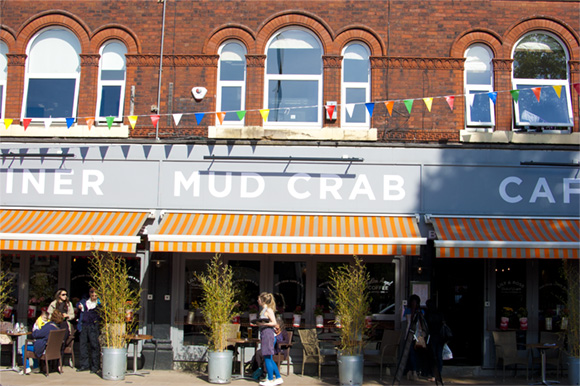 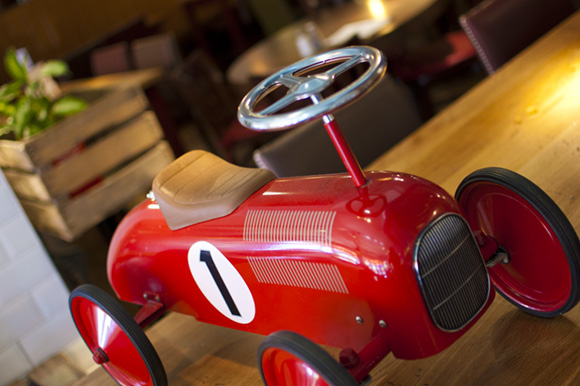 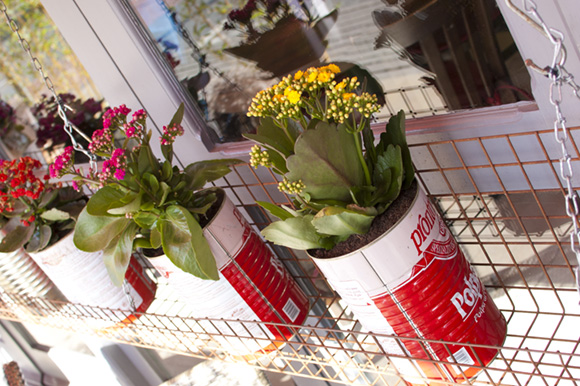 So the following week we went along to the newish outlet of Mud Crab in town, now situated in Grinch bar, which incidentally I haven't been to since the 90's. 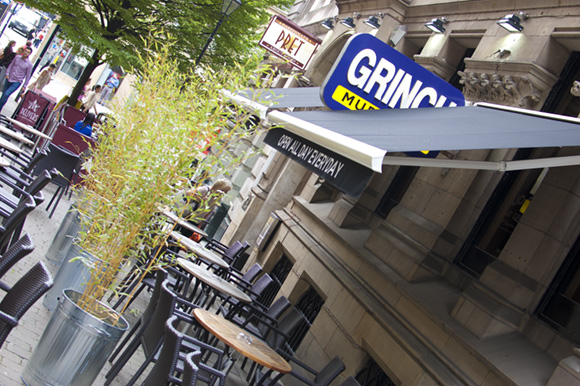 I've got into bad habits lately, I've started writing reviews in my head before I've even been there, you see I think I can guess what a place is going to be like even before I've eaten the food. But sometimes I get it wrong. It can go either way, sometimes it's not as good as expected, (3:21 to be honest), other times it's better. I thought the food would be ok at Mud Crab but on the whole it tuned out to be better than I thought. Maybe I had lower expectations, as I had seen a few dodgy reviews on Tripadvisor (for what they're worth). 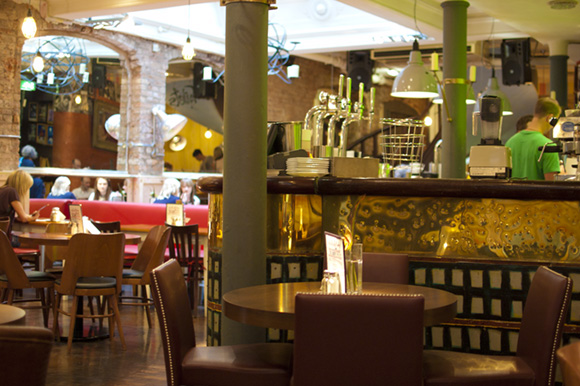 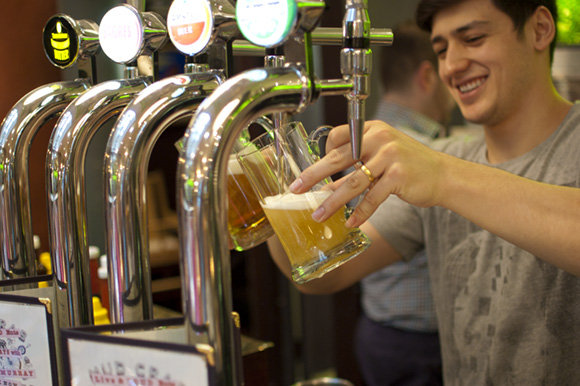 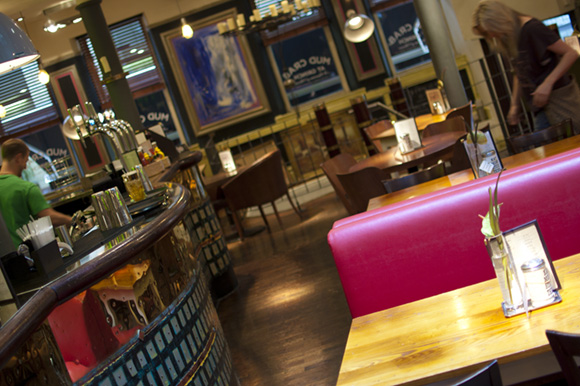 We ordered the burgers which were really the star of the show, big, juicy and bloody messy, our favourite was the 2nd Best Cheeseburger (double mature cheddar cheese & other hamburger stuff, £9.95). A tenner is quite a bit for a burger but it came with loads of good home made fries and it was absolutely massive. 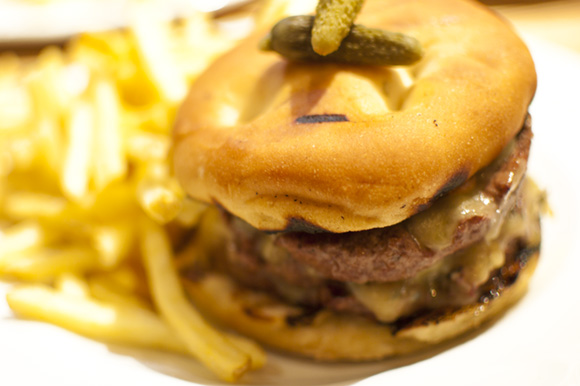 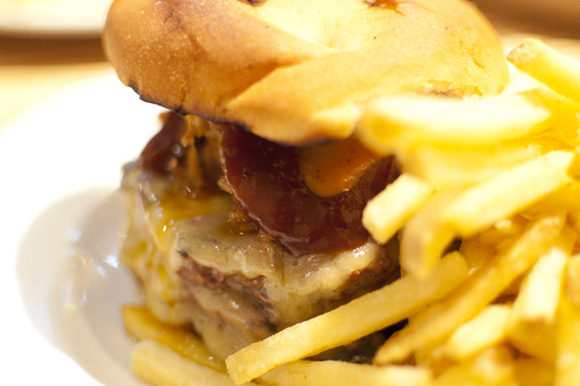 Even pricier and bigger was the Original Dirty Burger (pulled pork topped cheeseburger & house bbq sauce, £12.50) We liked this, but I was trying to work out why I preferred the other one, I think it's because for me the addition of the pulled pork doesn't make it better, it just dilutes the taste of the proper burger meat, and the bun gets overloaded. Sometimes less is more. 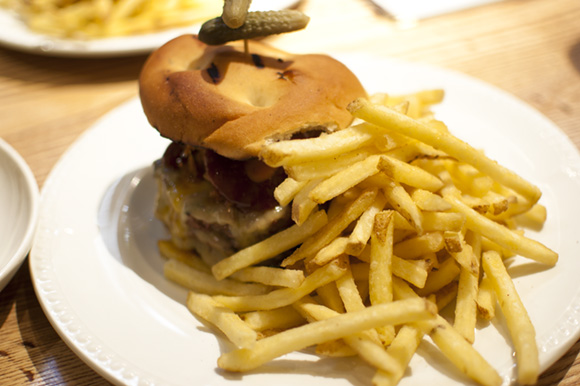 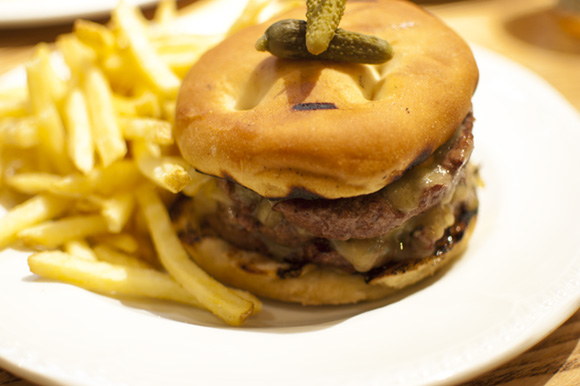 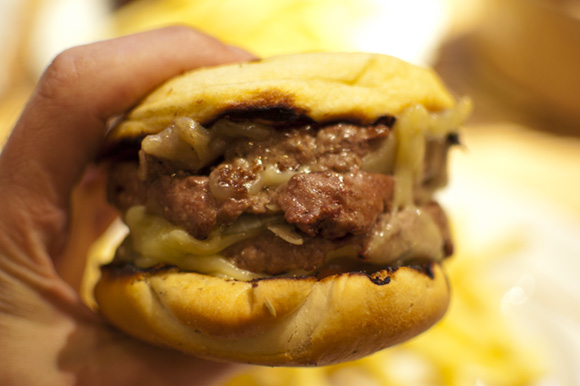 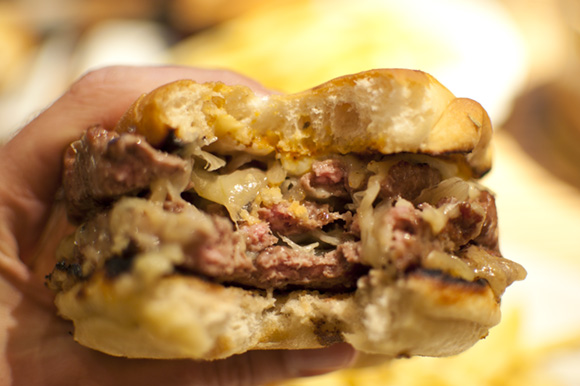 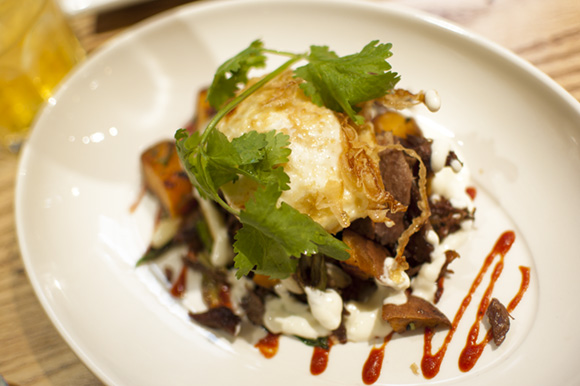 Less successful were the dishes off the £12 for 2 courses menu (although this is a total bargain for town). The Flatbread Pizza was nice enough, but the Mac and Cheese with truffle oil was a real disappointment. The bar had been set really high at All Star Lanes for this dish, and this version lacked enough gooey molten sauce, a bit dry in truth. 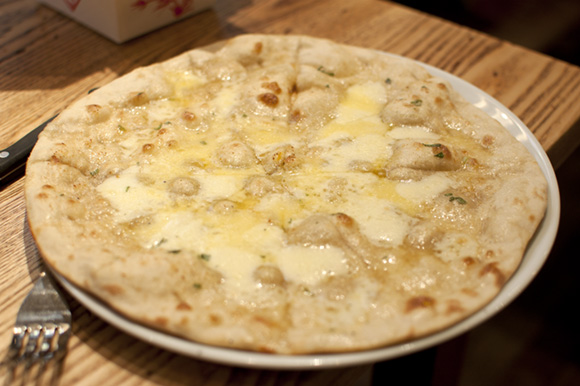 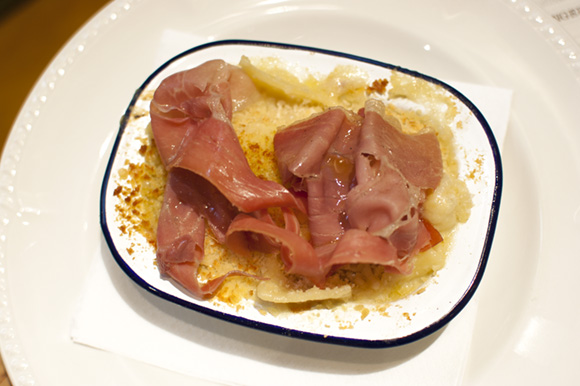 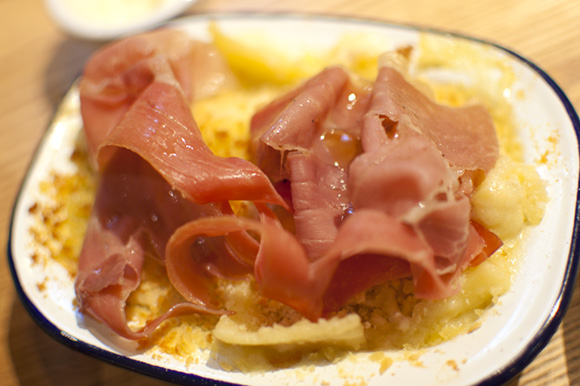 This was big food though, so we took our box of Churros home by which time they had gone soggy (and not enough hot chocolate with them either).
However, overall Mud Crab Café was a rather enjoyable experience, it was helped by our friendly waiter Huw (we were reminiscing about Canal street in the 90's with him). And like the Didsbury branch, it's a pleasant modern space, the combination of Grinch and Mud Crab works quite well.
But with the addition of Byron Burgers in town and hipper restaurants in the NQ for a burger, how does Mud Crab fare?
Well as I say, surprisingly pretty well. The burgers we ate on Thursday were cooked properly; medium rare, they were meaty and juicy, perhaps not the very best I've had, you can do a lot worse in town (Southern 11 won't do 'em rare enough for me, and 3:21's were no good at all I'm afraid).
I would just stick to the burgers if you go, the other dishes apart from the Shredded duck hash were fairly average. Even though I enjoyed it, I think I would probably still go to Byron over Mud Crab though, the burgers were superior, as although I'm a greedy guts, they were actually improved by being smaller, simpler and more manageable.
But despite this the burgers at Mud Crab Café still makes a surprising entry into my Top 10 Manchester Burgers (coming very soon). 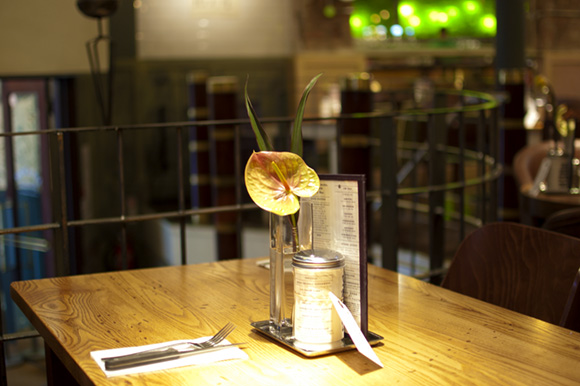 Follow @Bacononthebeech
Posted by Bacon on the Beech at 09:09