Guerrilla Eats at The Beagle Chorlton.

I've been a fan of Chorlton bar The Beagle since it opened, so when they announced that they were changing around their set up I was intrigued. Although I was a fan of the food, I'm not sure it was quite right for Chorlton, as I always say, it's first and foremost a drinking culture round these parts. The places that do well seem to be smaller, cheaper more casual eating places, like say tapas Bar San Juan on Beech road, or The Hungry Gecko at The Beech. The Beagle became more known as a 'posher' restaurant and the eat in only area didn't help either. (This is no longer the case - seating is first come first served now whether you're eating or not).
So it's sad to for me see the old food go, but I think it's for the best as The Beagle are re-branding themselves as first and foremost a bar and Guerrilla Eats are parking their vans outside and catering for them on a rotational basis. 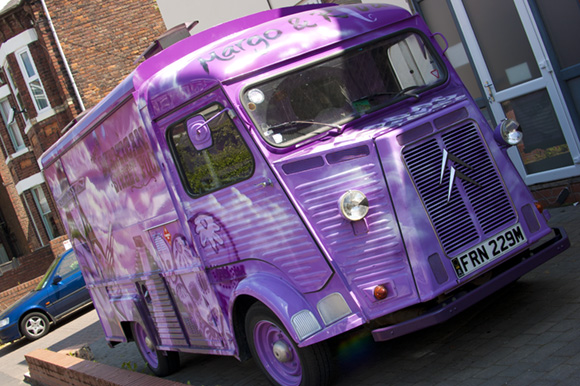 If last nights opening night is anything to go by, it will be a huge success (as I predicted the Hungry Gecko would be).
If you didn't know, Guerrilla Eats are a collective of about a dozen street food operators that have been doing pop up events around Manchester. They kindly invited us down last night to sample the first three traders. As Mrs B was away galavanting at a spa, my plus one was the Professional Scouser. He loves a free feed, and likes to get 'tucked in' as he calls a drinking session. I had a feeling this was going to get messy.
I went down early with Sam my collie, to secure a table in the sun. By the time he turned up I was two pints down. I sampled the Summer Wine Beagle Pale Ale, (£3.70)  Brooklyn Summer Ale (£4.20) and Schneider Weisse (£5.20). All good, but I still have problems with a £5 pint no matter how good it is. 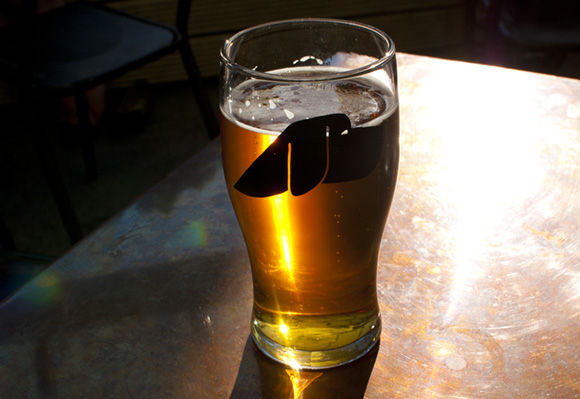 I had a feeling other food bloggers would be there but I was quite pissed now to even introduce myself, especially before I'd eaten. By the time the food came, I was ravenous. We both had The Chicken And Chorizo Tacos (2 Tacos with cheese, a fresh lime slaw, chicken and chorizo, homemade charra sauce, sour cream and fresh cilantro £6). We both really enjoyed these, the Scouser remarked he'd never seen them served open before. These were from Margo & Rita and their fabulous purple van. 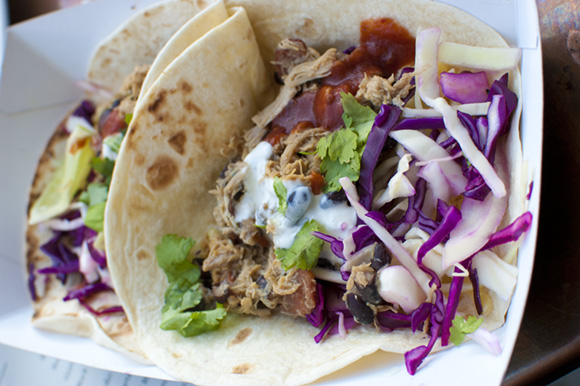 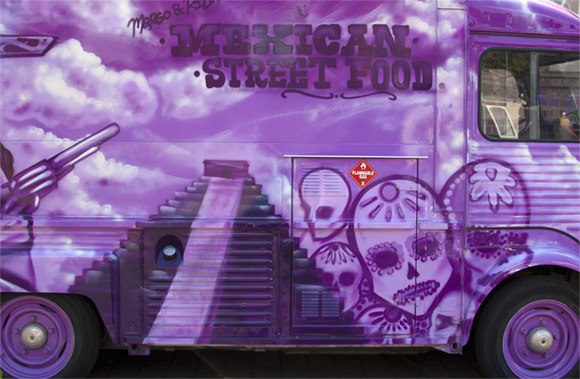 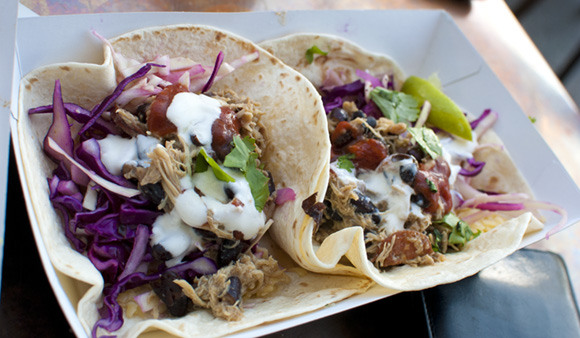 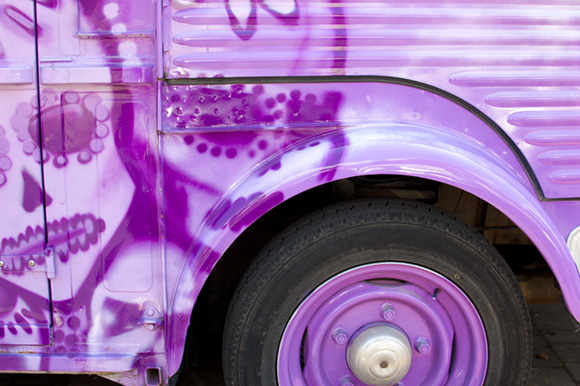 We shared Boquerones in Cava Vinegar (£3) from Roaming Pinchos. You often get these whitebait served in vinegar in Spain which can be quite sharp, I preferred these in the cava vinegar. The scouser wasn't so sure about the oil. (This has since been removed). 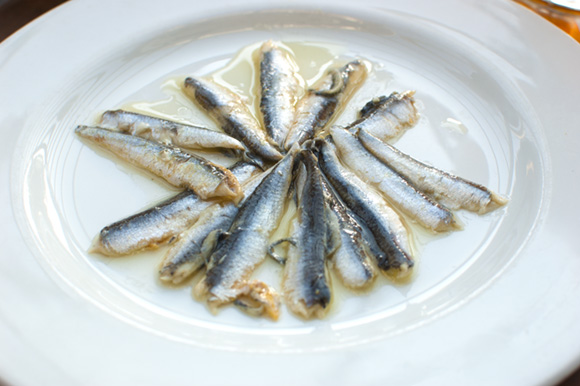 I also had a Free Range Pork Belly with Jack-by-the-hedge pesto (£5.50) from The Moocher. To be honest we felt this needed some work, the bread was too weak and had become soggy and I wanted some cracking. (This I learnt was due to time issues, which I'm sure will be ironed out). 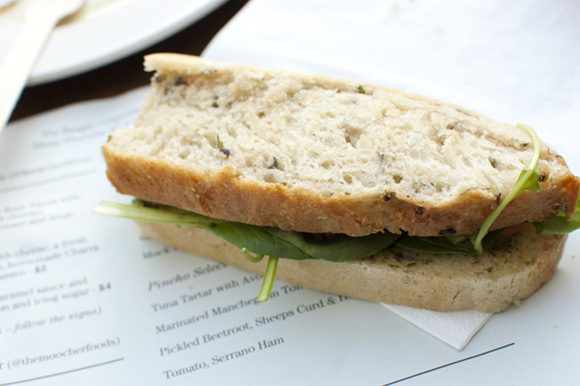 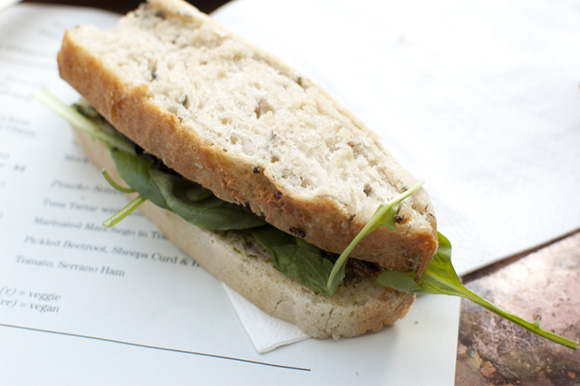 Much better was the Cured Venison Loin with Rocket and Parmesan (£6). We both rated this as very good. But I think the portion should be  a little bigger for the price. People of Chorlton in my experience like to get good value for money. 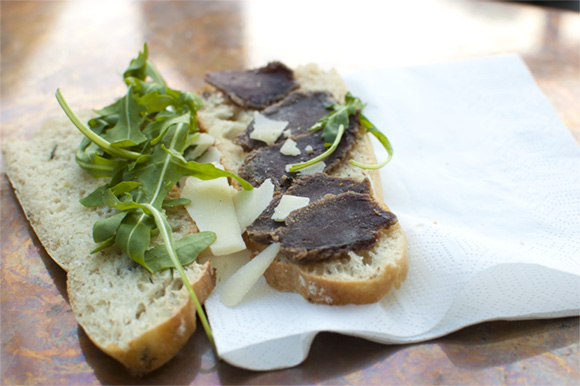 As we were several pints down at this point, we thought the best idea was to go and sample the delights of Electrik's beer garden, then after more drinks, I had a large donner kebab from Panicos on the way home to soak up all the dirty booze (declaring that Guerrilla Eats was 'just a starter'!)
See this is what happens when Mrs Bacon is away, I go off the rails!
Anyway, I predict that Guerrilla Eats at The Beagle will be a huge success this summer, I'm going back to taste the food of all the rest of the traders, I'll see you down there.... 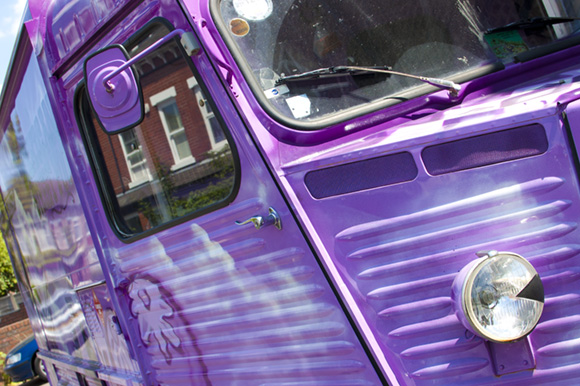 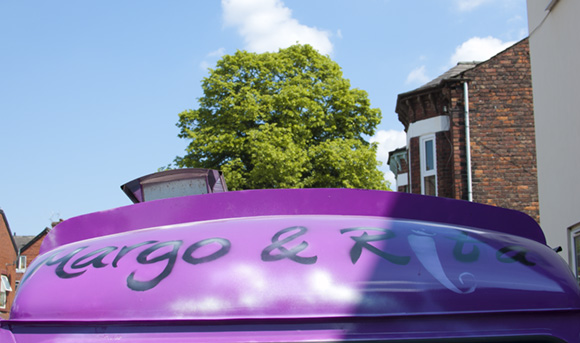 So I returned to The Beagle sooner than I thought after Margo & Rita asked if they could use some of my photos on their website. I said yes no problem in exchange for a few dishes! They agreed, so the terrible blagger that I am; we returned on Sunday afternoon and the sun was still shining. 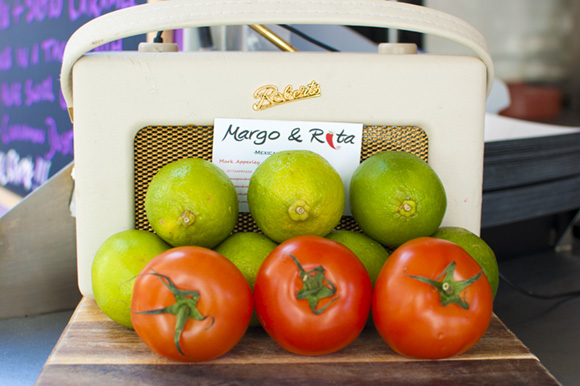 This time Mrs B was with me, we met up with a few more friends keen to try the new food. We had a portion of Chicken and chorizo Quesadilla (12" pan roasted flour tortilla, filled with tomato sauce, Monteray Jack cheese, Mexican spiced chicken and chorizo £6). I'm a recent convert to the quesadilla, this was pretty good, but I wanted a lot more heat to give it that kick. I think a lot of Chorlton people like spicy food, The Hungry Gecko has made her food more spicy, and I remember the manager of the now closed Impress telling me as much in comparison to his other restaurant in Urmston. 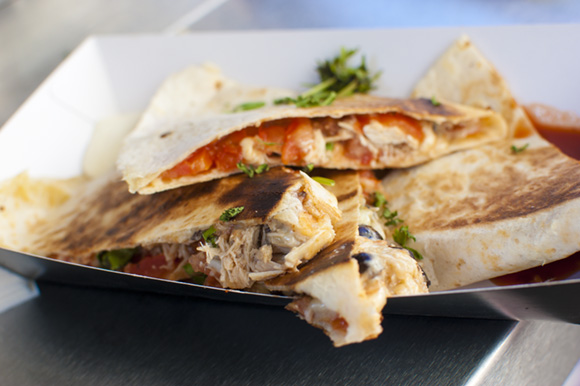 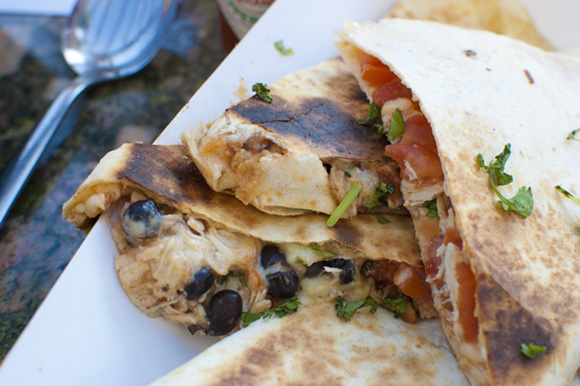 We had another portion of the tacos, still my favourite. Mrs Bacon also bought some snacks from the Roaming Pinchos. First A Shot of Virgin Mary Gazpacho (£1) this was good and tasted authentically Spanish. 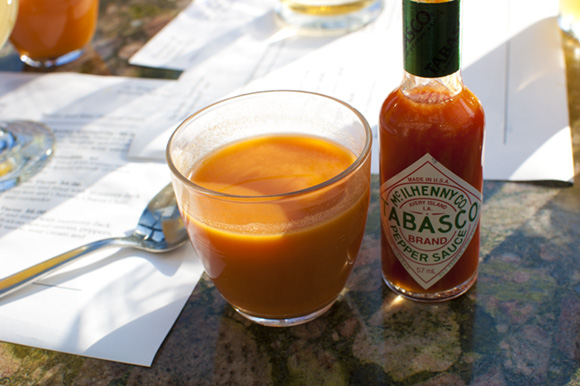 I washed this down with a pint or two of Belgian wheat beer Blanche de Bruxelles (£4.20). I said the other day I had a problem with the £5 pint, I also have a problem with paying £4 for a pint as well, but this excellent beer was quite hard to resist in the sun. I swapped to a cheaper brew after a few. 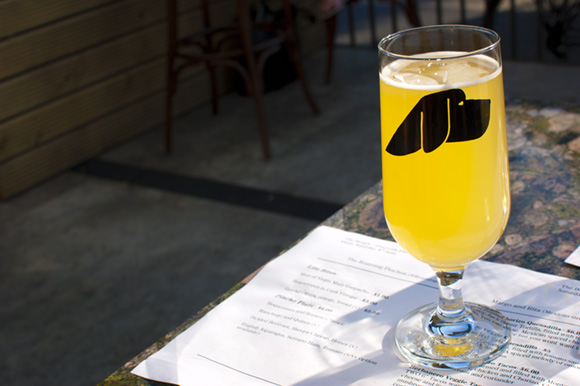 We also shared a plate of Pinchos; Boquerones, Manchego & Quince, Beetroot & honey, and English asparagus with Serrano ham. (£6). These were tasty little morsels, the sort you may get free in an Andalucian tapas bar. 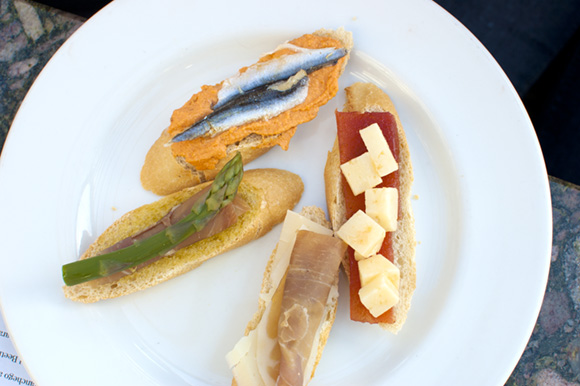 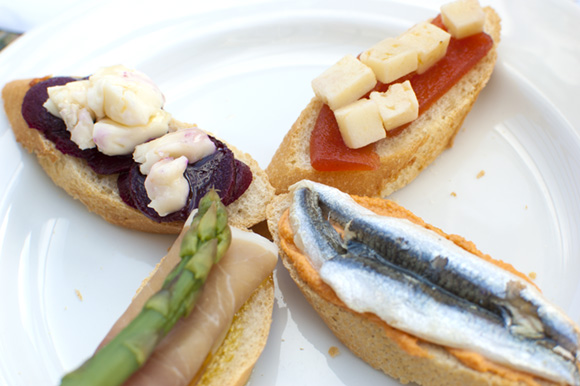 But there's the slight problem; it actually made me more hungry not less. It's more of a snack to eat before your tea as a starter rather than as a replacement for a full meal. But I'm already £10 down with the beer. So it can get quite a pricey do. I think they need to make the portion bigger or lower the price. There's a lot of good competition in our area. I can get quite a big tray of excellent spicy food at The Beech for £8. The previous evening we had a lovely pork belly dish from Hungry Gecko which was actually quite generous, plus beer is only around £3.20 a pint there. We didn't actually need our tea after sharing it plus a pie from AllaboutPies.
Like I said earlier, many Chorlton people are definitely cost driven. It might be better making slightly less profit on each dish sold to tempt people in, and more people will likely buy more food in the long run.
Having said all that, it's early days, for Guerrilla Eats, with a few tweaks, this will be I'm sure as successful as they hope. I'll be back to try some of the other traders very soon. 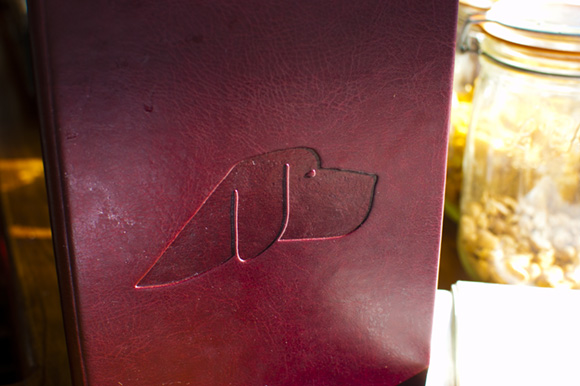 Follow @Bacononthebeech
Posted by Bacon on the Beech at 15:46