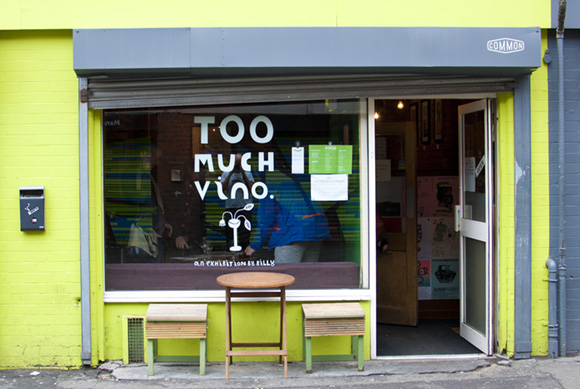 Food bloggers often go to the same restaurants maybe because we read each others websites and probably have similar tastes. Some places are just 'foody', but there are often gaps where no food blogger has gone to yet. For some reason I couldn't find any recent reviews of Common in the Northern Quarter. This was odd as it was recently featured in The Guardian's Top 10 Budget Restaurants in Manchester, which you can see here. 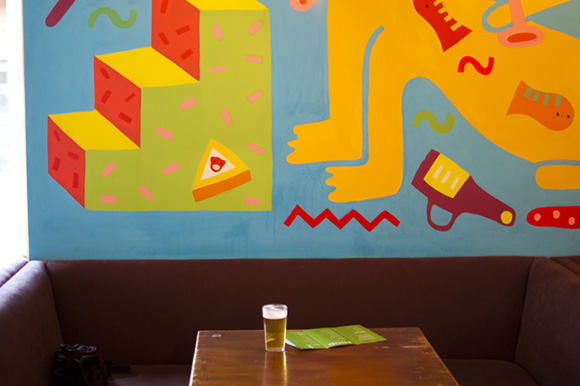 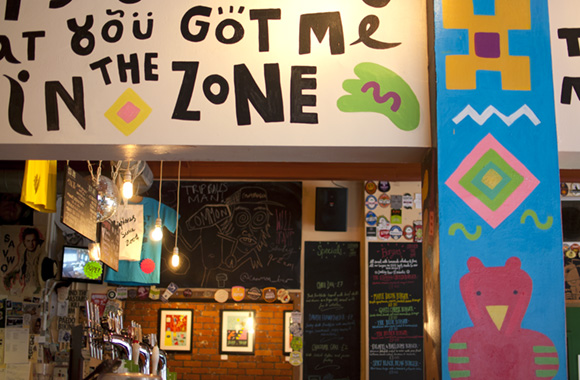 They've improved their food of late with menus designed by Laurence Tottingham of Aumbry fame. This immediately made me want to go there, as the menu at The Beagle in Chorlton is inspired. But this one was inspired by NY delis. So you're getting Italian meatball subs, and salt-beef sauerkraut. We were here for the burgers though and my quest to find the best Manchester has to offer.
We went as we often like to; early evening after work. It's a cool bar in the Northern Quarter. I felt under-dressed without a beard, and at least a decade over the average age. The colourful wall paintings really add to the hip NQ vibe. 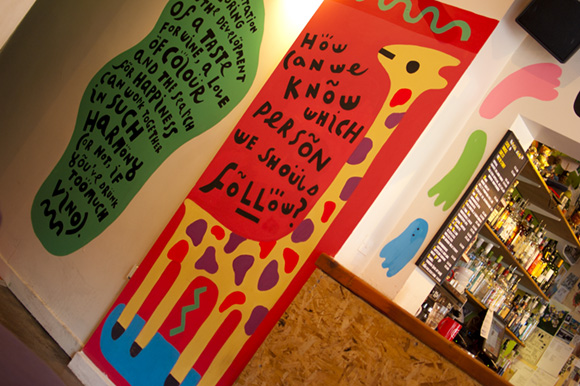 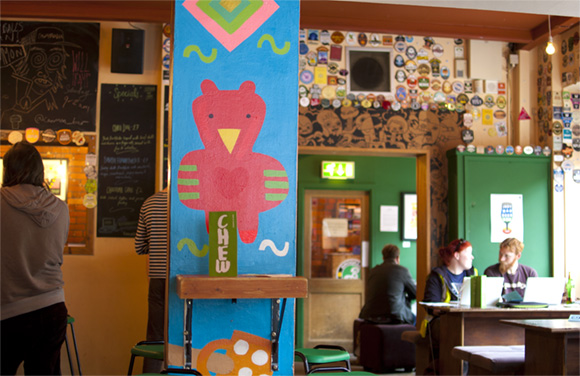 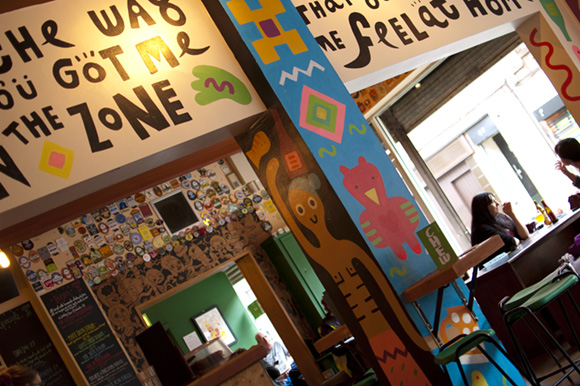 Plus they stock a decent range of beers as you'd expect, with it being sister to the Port Street Beer House. What I like though is that they have a couple of 'house' beers which are a very reasonable £3.60 (it is the NQ after all.) 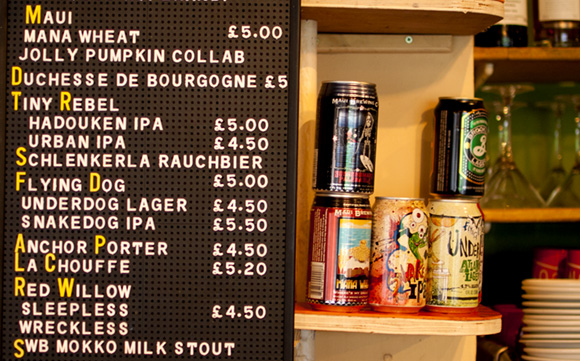 We got a seat at the back and a booth; result! I went for a pint of house Wild Swan from Thornbridge a decent session ale, served quite cold, but I didn't mind. 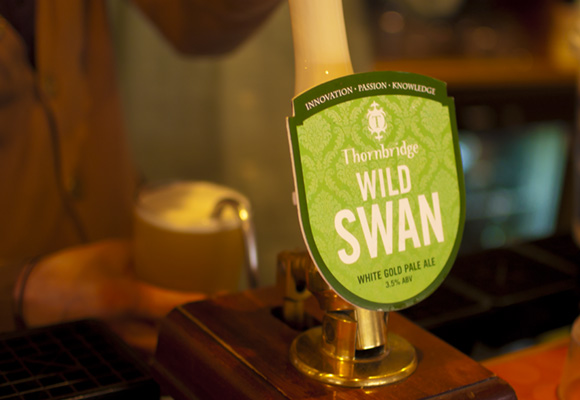 At one point the barman poured half of the house Smoked Porter by mistake. He let me have it anyway for free, which was good of him, I've seen bar-staff throw mistakes out like this rather than give them to the customer. It was gorgeous.
We shared a Chilli dog as a starter. (Pork Frankfurter topped with chilli beef & cheese £7.) This was spot on; hot, spicy and trashy as I like it. The fries were excellent; very skinny, crispy and well seasoned. So far so good. 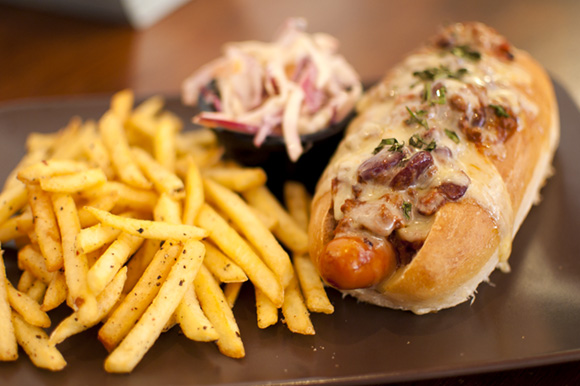 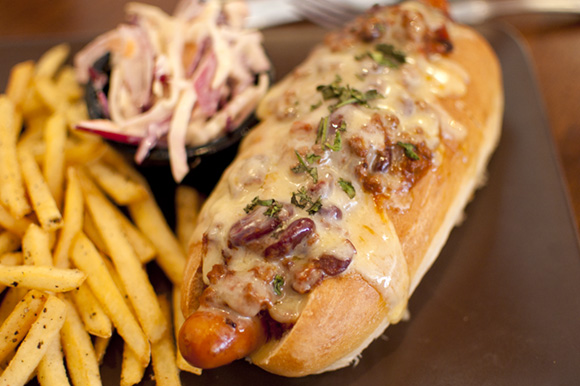 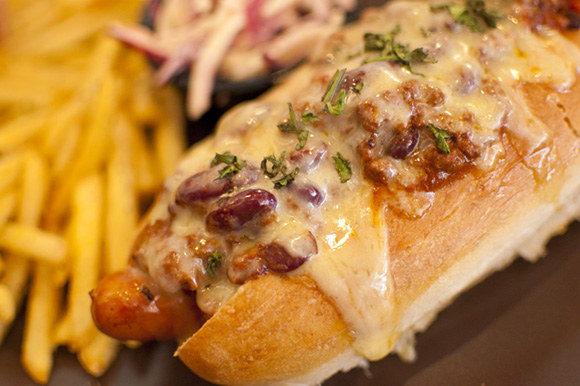 Then The Blue Burger (£8.50) Blacksticks blue cheese, rocket & horseradish. This was juicy and gratifying. The bun/meat ratio was perfect, (not too bready) and the strong blue cheese was a perfect pairing with the soft meat. But most importantly the burger was nice and pink, not overcooked. It passed the 'mmmmm' test and is a new entry in my Top 5 Manchester Burgers I'd say. 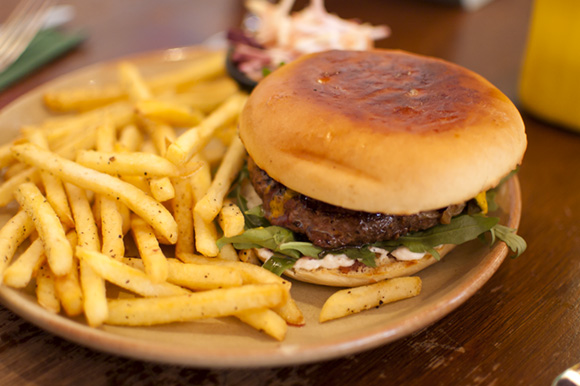 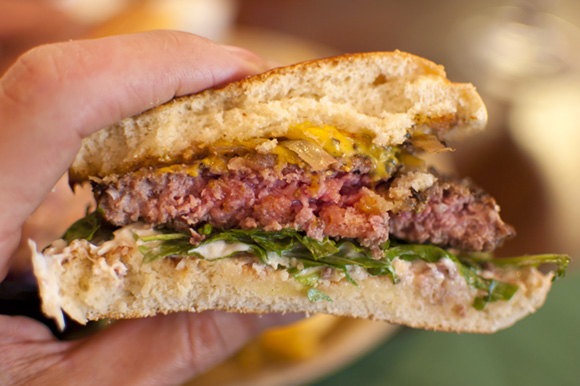 We also had the The Reuben Burger (£9:00) Topped with sauerkraut, pastrami & emmenthal cheese. 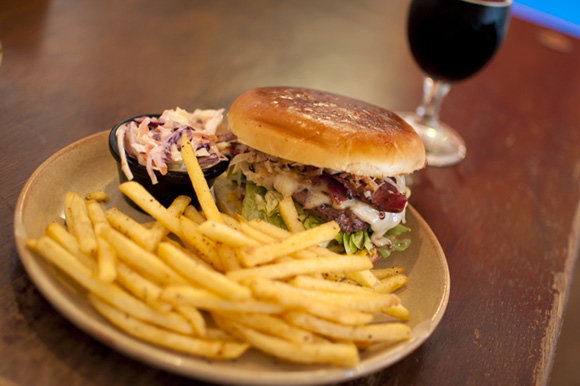 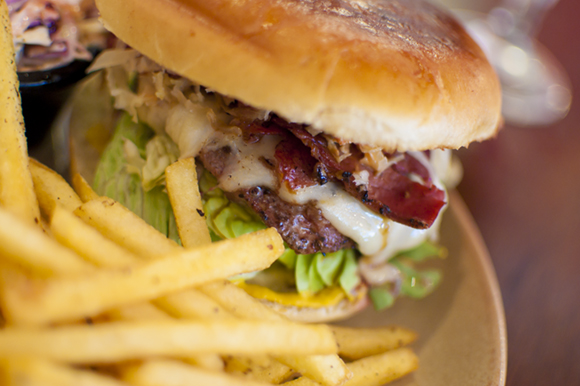 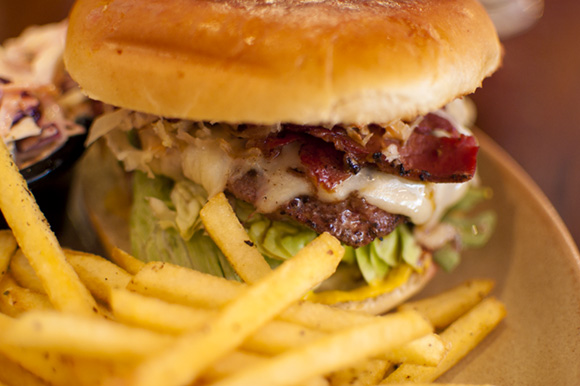 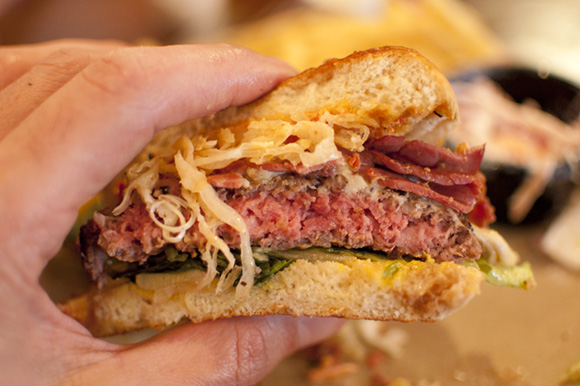 We liked this but both preferred the Blue Burger, that strong cheese really won us over. And like I said, the skinny fries were super (actually better than the ones at Solita.) For pudding, Mrs B treated us to a cocktail each, I had a Mojito (£6.50) she enjoyed a Posh G&T (£7) 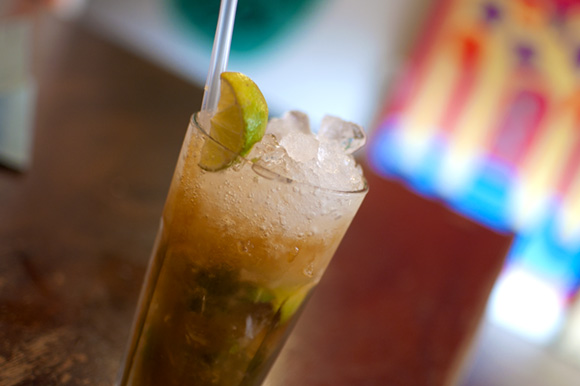 We both really liked Common, the food was spot on, actually surprisingly good of its type. It had a nice mellow vibe when we went (not actually too cool for school,) and the prices were reasonable for the area. I think they should adopt this menu for The Beagle.  I reckon this casual NY style dining would actually work better in Chorlton as well to be honest. 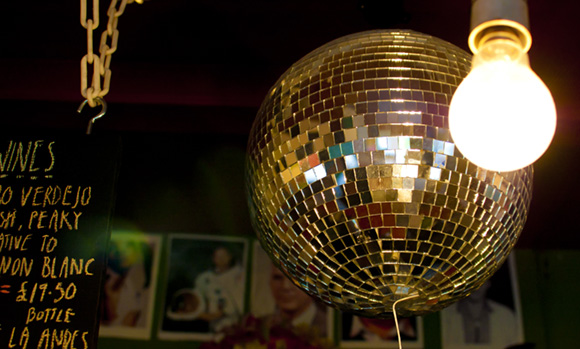 Follow @Bacononthebeech
Posted by Bacon on the Beech at 12:47