I was going to try and be clever with this post of Barburrito, and review it in one sentence: "like Subway but Mexican." But Mrs B reckons that this is quite unfair. Her exact words were, "the bread is sh*** at Subway, it's much better than that." Indeed, she's right, Barburrito is better than Subway. So I'll do a proper review. 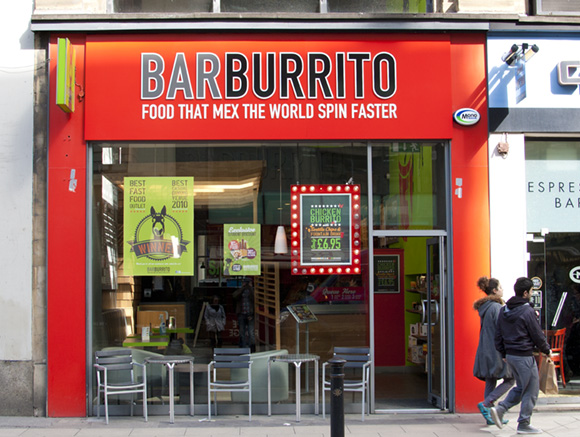 I'm all for the slow food movement. But sometimes you just want to go, eat and f*** off.
I cannot be bothered with waiters sometimes. I'm just so impatient. Must I ask for a jug of water for the third time? So fast food is what I want. We were sent some vouchers for Barburrito, so we went to the Deansgate branch on Friday evening. Does it matter which one we go to? I'd imagine they're all similar. 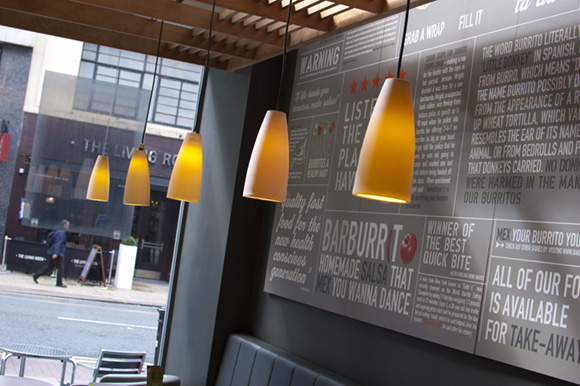 First of all you can see straight away that it's not a proper restaurant, but a fast food joint. I had no preconceptions about Barburrito, I've never been before. You order at the counter and it's made up for you fresh out of serving trays.
I wasn't prepared for the 50 questions they ask you in rapid fire as you're ordering. Making decisions was never my strong point, so this was confusing, do I want hot sauce or medium, do I want this or that for 50p extra? I'd no idea, so I just said yes or no in random order. So I'm not sure exactly what we had. Well I think it was a Spicy Shredded Beef Burrito (£5.50) and a Char-grilled Chicken Taco (£5.15). The chicken first. This was as dry as a bone. The sauce helps a little, but the best I can describe this as is edible. 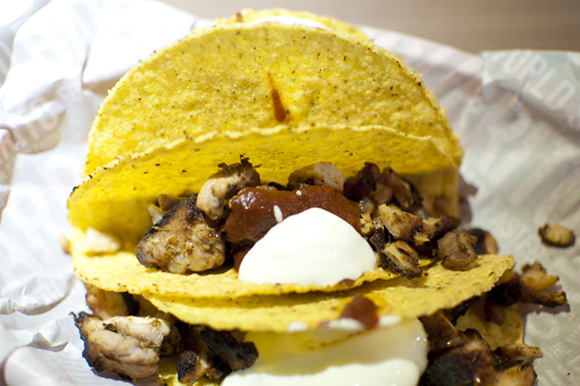 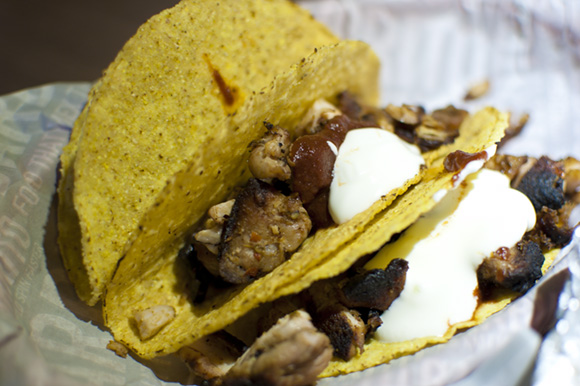 The burrito was much better, especially with the Chipotle hot sauce. Yes we liked this, it was spicy and tasted fresh not fast. Although it was gone in a moment. 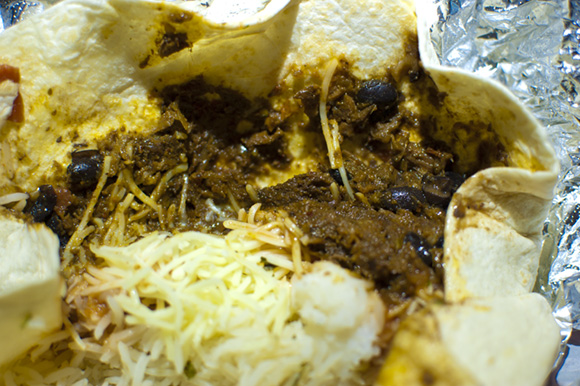 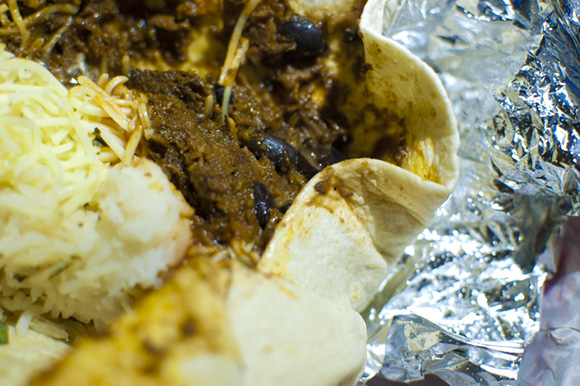 We went back to the car and f***** off. We'd been exactly half an hour. Now that's fast!
Would I go to Barburrito again? Yes probably, it's a good concept, it's quick, it's cheap, and it's easy.
And it's way better than Subway. 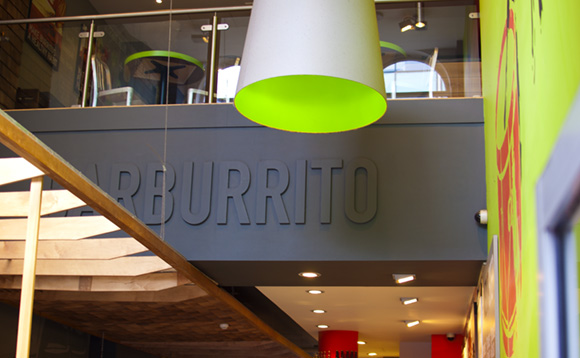 Follow @Bacononthebeech
Posted by Bacon on the Beech at 09:41