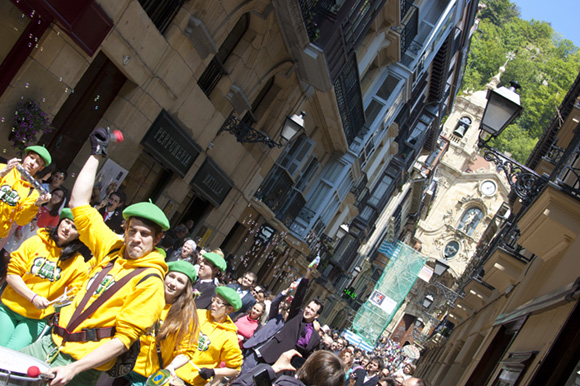 It was like a dream, wandering through San Sebastian on a sunny Saturday afternoon. I'd almost forgotten my hangover from last nights extravaganza at Azurmendi. We heard the drums first, then crossing our little narrow street, a wedding party Basque style, with bubbles and big drums, it was one of those holiday 'moments' that you're amazed that fate has brought you here to enjoy this exact point in time on this spot. We'd already had some fantastic pintxos at Borda Berri, (separate review later,) it was now time to try and find Bar Zeruko. A recent Guardian article described this pintxos bar as inventive though"sometimes going too far down the showy molecular route." I knew I'd love it!
As we entered the busy bar it was somewhat of a shock. On the counter was I think the prettiest presentation of food I've ever seen. But here's the thing, I recognised very little of what was on display! It was like going to a tapas bar on a different planet! (Remember that scene in Star Wars where Han Solo goes into the weird alien bar?) 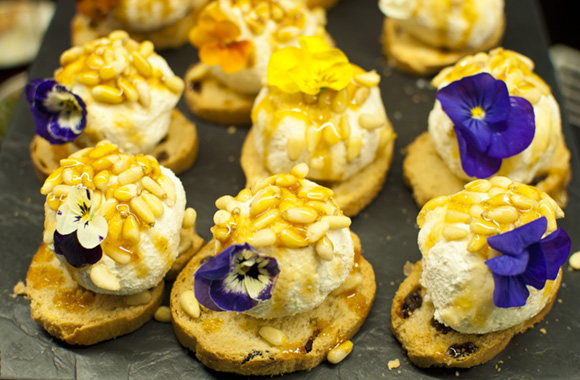 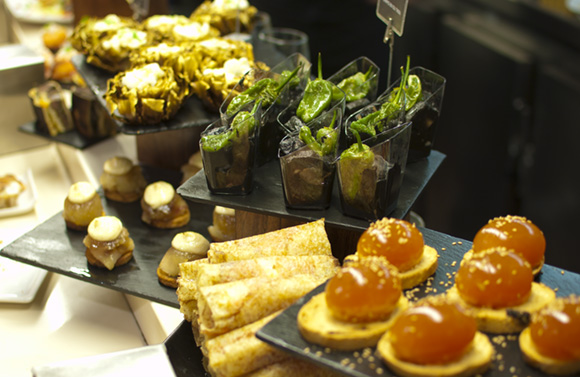 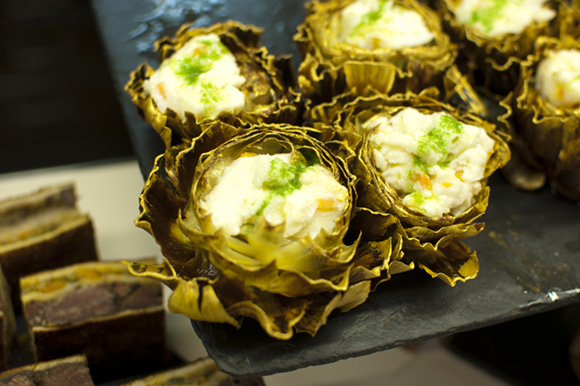 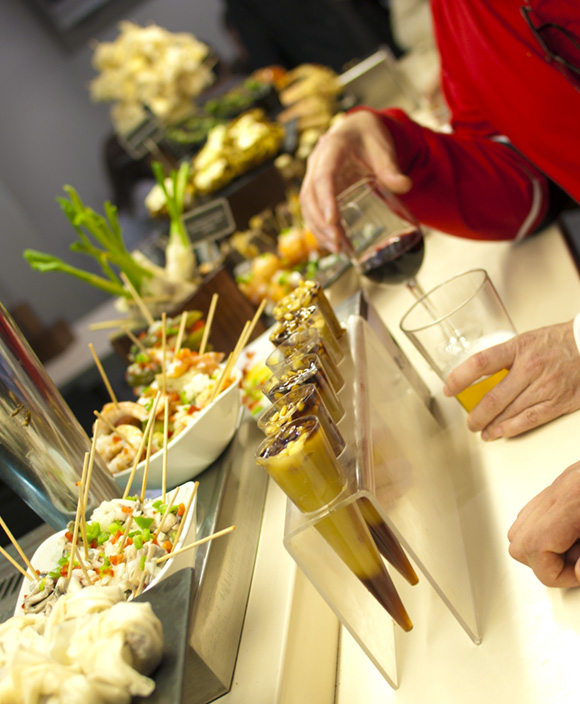 Luckily I'd done my research. We managed to find a seat at the back and I set to order. I made a bit of a faux pas at first. You can pick up a pintxos but you must show the staff what you've ordered. (As often they will heat it up for you.) They can be a little brusque, but it's worth it for wonderful the food!
To start off we each tried a Queso con coco (Goats Cheese and Foie,) rich and delightful! 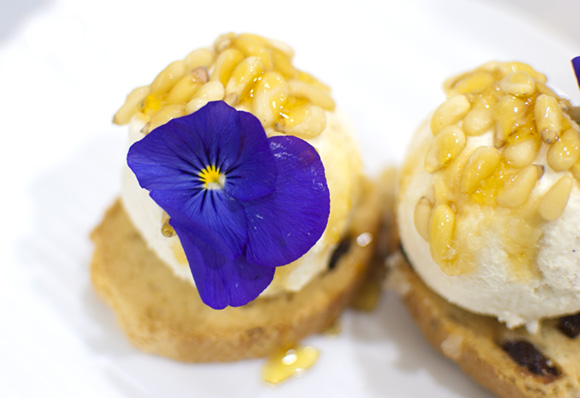 Then the Baked Creamy Sea Urchin which was fabulous. 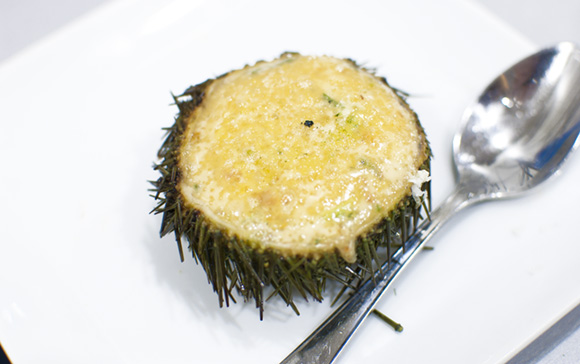 Finally he brought over the signature dish; Smoking Lobster with rose water which was a magnificent spectacle. 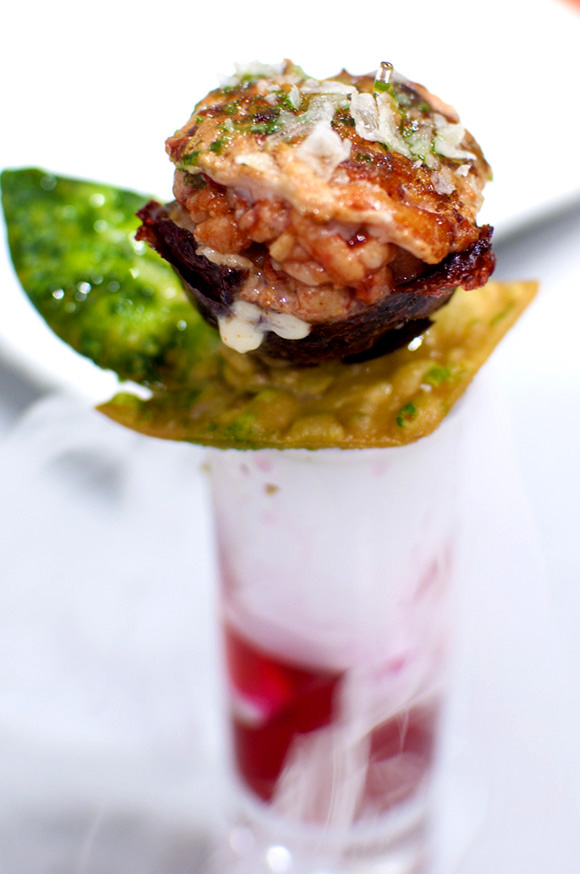 Pacing ourselves, we set off to try and find the next Pintxos bar on our map. (Fuego Negro.) We're going to order the menu de degustación (tasting menu) for just 35 euros next time we come. I hope it's sooner rather than later! 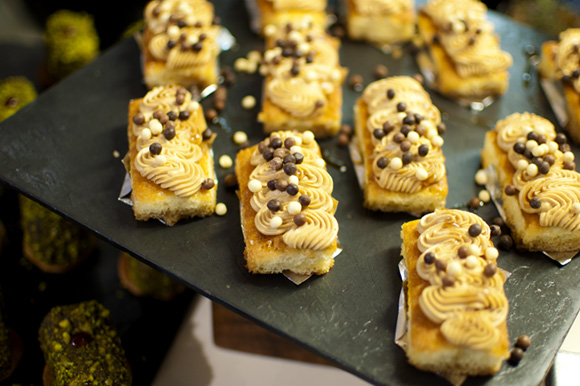 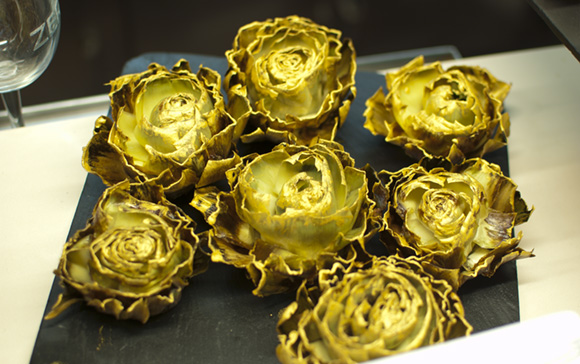 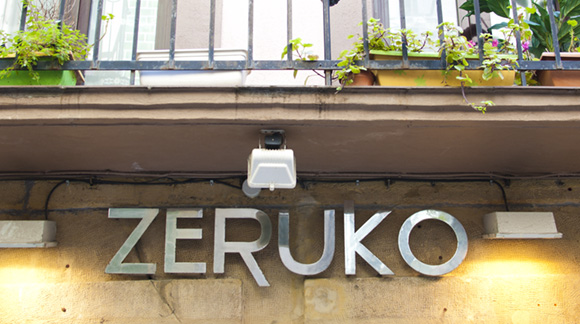 Follow @Bacononthebeech
Posted by Bacon on the Beech at 07:25