Pizza is such a simple dish isn't it? Then why do so many places get it so wrong? As a purist, I'd always go for the Napoli pizza, a super thin crispy base, and simple, few but fine ingredients. In my opinion certain things just don't belong on pizzas. These would be tuna, pineapple, sweetcorn, seafood etc. The list is endless.
Until now, one of the only restaurants you could get pizzas in Chorlton was Croma. This is unfathomably the busiest place round these parts. On our last visit, we noticed corners were starting to be cut. The mozzarella salad had stingy amounts of cheese and tiny tomatoes, plus the tiramisu was no longer in a large coffee cup. You could almost see them saying, 'we can get away with this, we're so busy anyway'. The atmosphere was still good, and the food adequate, but we can do better than this surely?
I always think that the difference between a good restaurant and a bad one, is giving a shit. The chef has gone to that little bit more trouble in getting something right and tasty instead of thinking 'that'll do'.
I was thinking this whilst sat in newly refurbished Nook & Cranny bar in Chorlton. 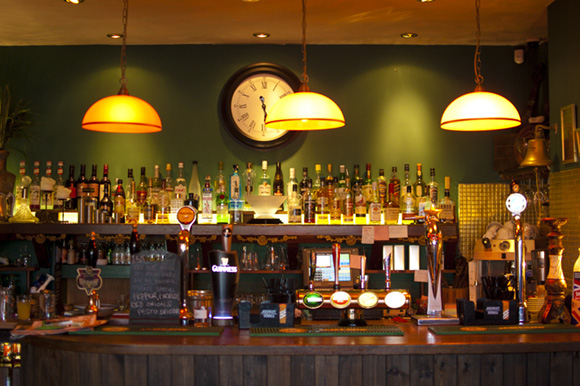 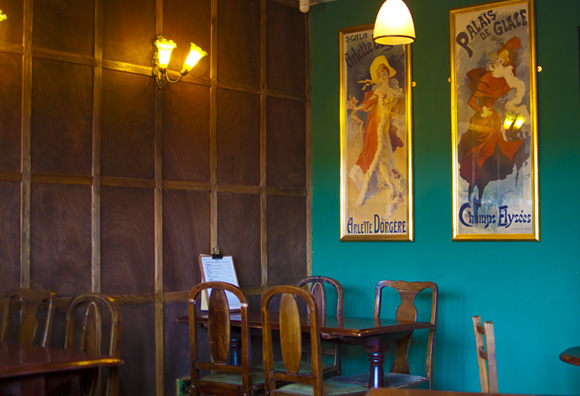 We've always liked this little place, we've DJ'd at a few private parties there downstairs (Bacononthedecks) and recently enjoyed Ashley Beedle play some fine rare records.
They've just re-branded from The Nook to become The Nook & Cranny and made it into a kind of speak-easy bar upstairs and downstairs. They've added booths making it more intimate. Bars have been struggling in Chorlton over the last few years, there's so much competition, so it makes sense to do something different. 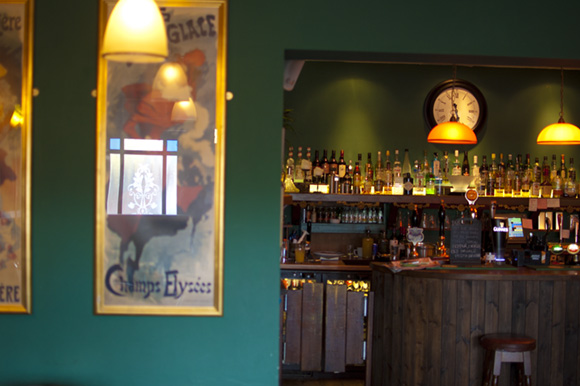 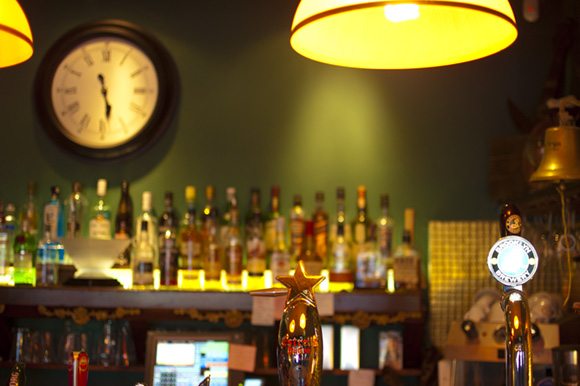 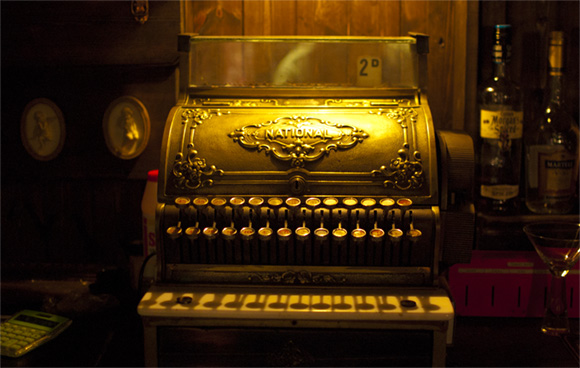 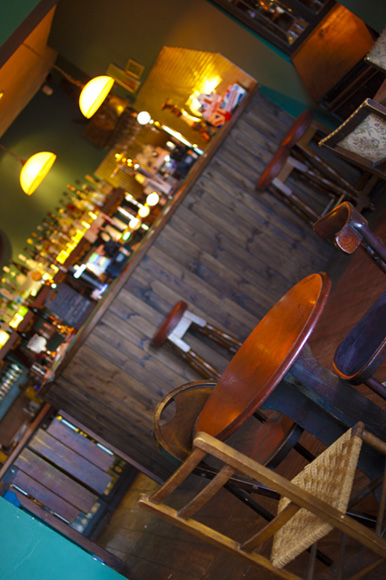 Most importantly they've started doing what looked like proper Napoli pizzas, this is what we were here for. We went in on Friday evening. It was a good idea to refurbish, but I would call it a work in progress. Obviously it costs a fair amount of money to do these things properly. I'd like to see them going the full way down this path making it proper cosy; velvet curtains, drapes and cushions (I'm thinking like Mort Subtite in Altrincham, being the best example of this style).
It's an antithesis to the same old cold boring interior of most Chorlton bars. For example, the coldness of The Hillary Step, it's awful acoustics, and terrible bright lighting does not make an intimate space. 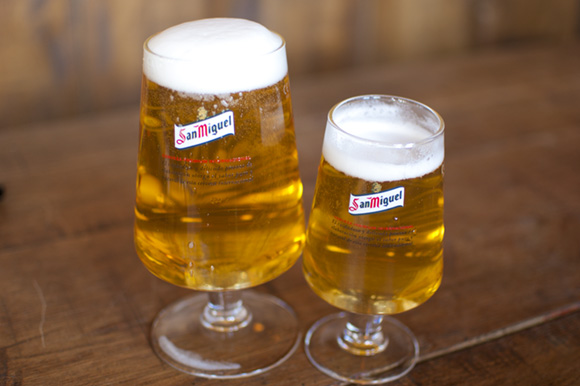 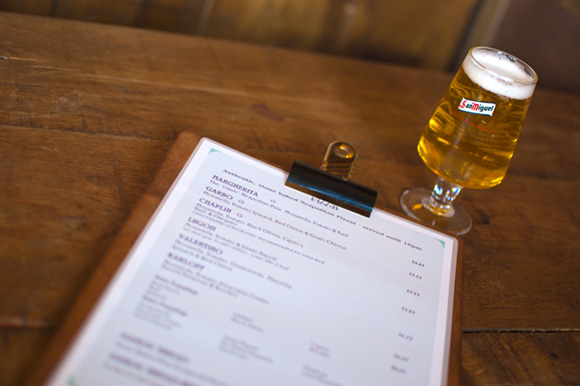 Onto the food; nice to see them keeping to the authentic Napoli pizzas, only 6 types and no daft toppings. I had a good feeling about this place. We ordered a Garlic Bread & cheese to start. (£2.75). 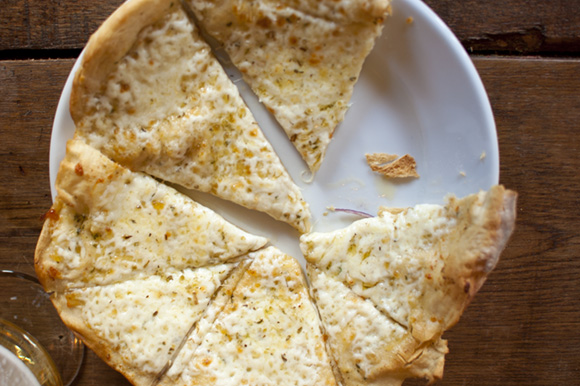 Garlic bread isn't really proper Italian, but you have to have it in the UK it being a taste sensation and all that. I think you can judge a place by the garlic bread and the soup. How much effort has the chef put into it? It was good, a decent thin base, and juicy cheese topping, but us being 'garlic heads' would have preferred it a lot stronger. We were talking to John the owner later, and were urging him to do a super strong version for people like us. Apparently some people complain if garlic bread is too garlicky.
I call those people wusses.
Onto the pizzas, we got a Valentino; Mozzarella, Tomato, Gorgonzola, Pancetta, Rocket & Red Onion (£6.25). 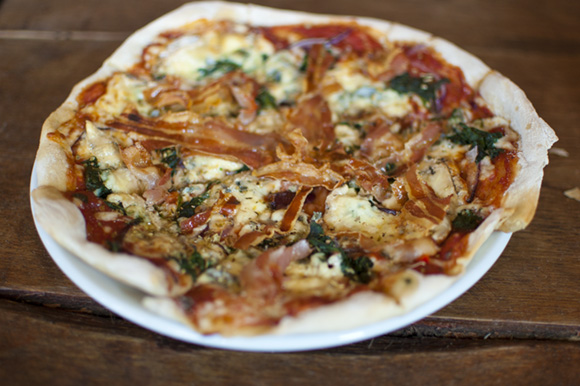 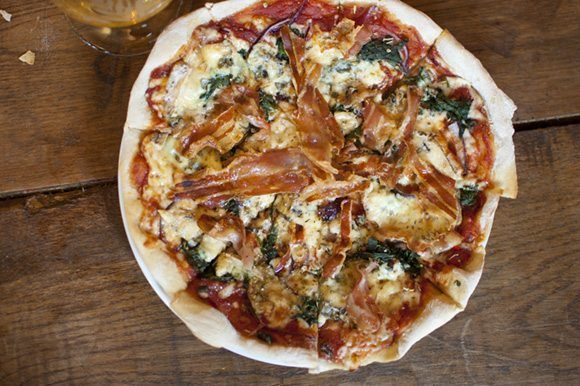 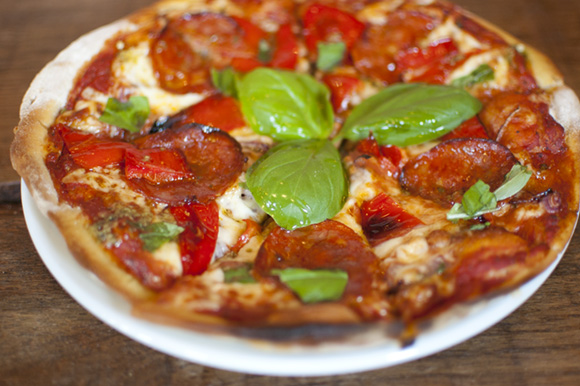 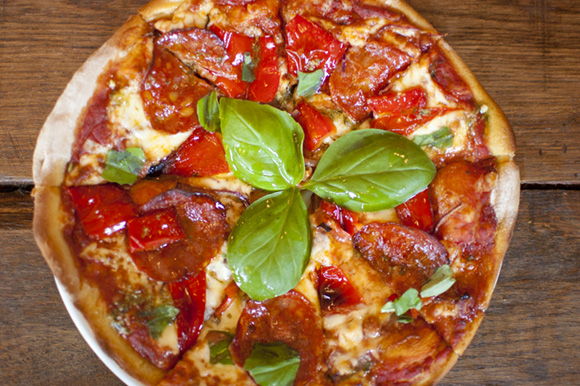 I have to report that both were absolutely fantastic. Really spot on. The crispy pancetta was so good, but we couldn't choose between them. All were good ingredients from Hickson & Black's on really thin bases. They were way better than Croma pizzas, without doubt the best in Chorlton. 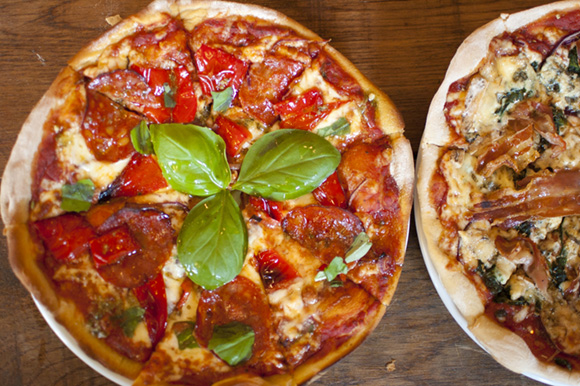 In fact, despite the fact that they don't have a real wood fired oven, I was struggling to think where we'd had better pizza in the whole of Manchester.
Honestly, they were that good.
Back to what I was saying about the difference between good and bad restaurants, for me it's just giving a shit. And when John the owner was talking about going to the trouble of getting exactly the right tomato sauce, and the real authentic Napoli style, it was exactly that. Making the effort to do it properly. Not cutting corners.
It makes a difference.
So I urge you all to give up boring dull old Croma and go to The Nook & Cranny instead.
You won't regret it. 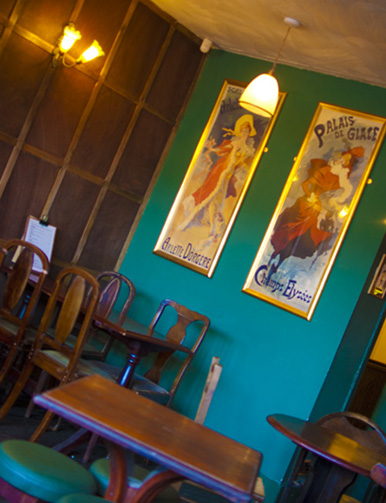 Price: Amazing value. Around £5 for a pizza.
Half price on Mondays.
£2.90 for selected beers before 8pm.
Service: No 'service' as such, this could be worked on a little.
Atmosphere: Bar style.
Food: Excellent simple Napoli pizza
Star dish: Valentino Pizza
6/10

Follow @Bacononthebeech
Posted by Bacon on the Beech at 12:37