We were lucky enough to be given tickets for The Cake & Bake Show at Manchester Central this last weekend courtesy of the good people at The Sainsbury's Food Blogger Network. If I meet other members of the network can we agree on a secret handshake like The Masons?
Anyhow, to be honest baking is not really my forte, but eating is, so I took a few friends along. My greedy agenda was to see if we could get some free cake tastings. These were not as forthcoming as I'd hoped, but it was interesting to see the grand world of baking. It was huge and very busy, though it was quite tricky to walk round, so half an hour was all I could manage. 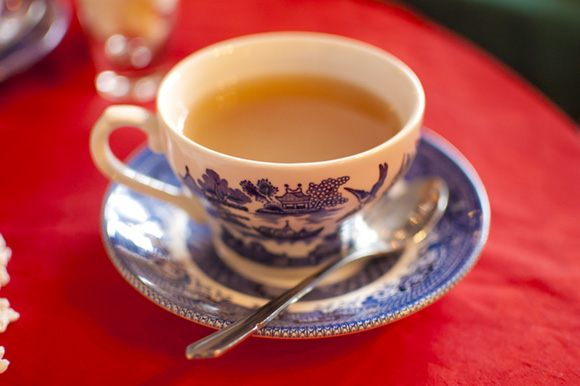 I persuaded the others that a trip to the Richmond Tea Rooms was in order. It's right behind Canal Street in The Gay Village. I don't actually think I've been down here since the late 90's! Anyone remember Mash & Air? And that lovely Belgian Bar next to Manto's? 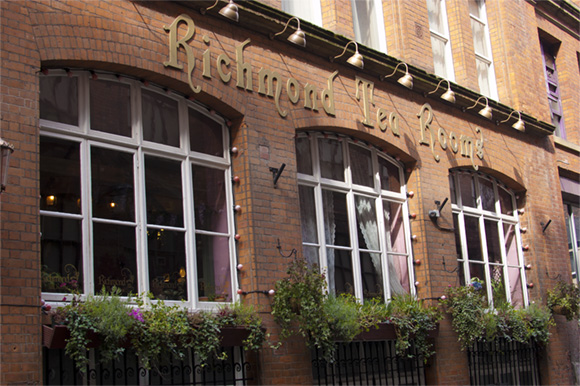 Entering the Tea Rooms is like going into another surreal world, with the Alice in Wonderland theme, (and a hint of quirky Tim Burton), they've created a lovely old fashioned ambience like a film set. We took the very last table for four in there. It was extremely busy (mainly of women it has to be said), some clearly celebrating birthdays. 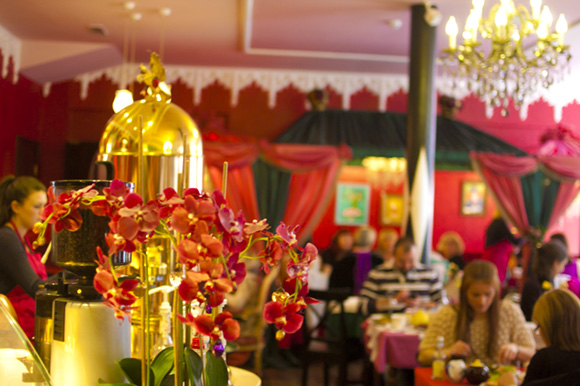 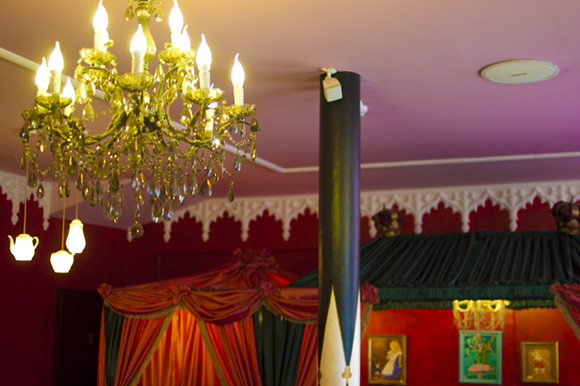 We ordered lashings of ginger beer (my favourite Fentimans), some pots of tea obviously, and to eat Alice's Rarebit and The Hatters Tea.
We loved the doilies and the Willow Pattern China, all these details were bob on. 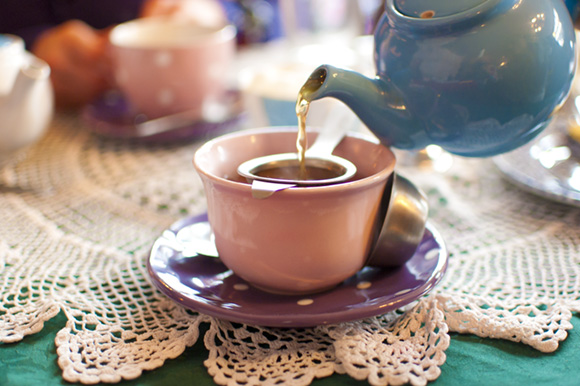 Alice's Rarebit (with farmhouse cheddar English mustard, Worcestershire sauce served on doorstop toast with a side salad, £5.95) was superb. Proper thick toast and generously melted bubbling crusty cheese, you could really taste the mustard and Worcestershire sauce, giving it a really pleasing kick. 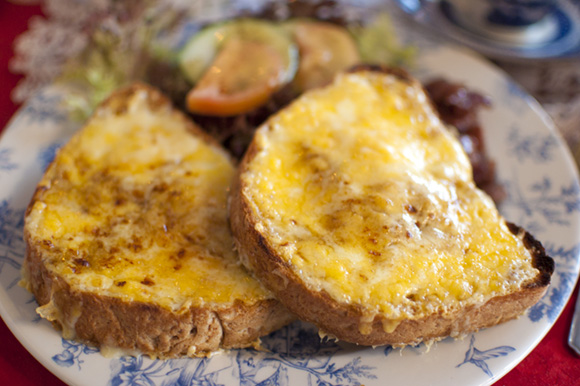 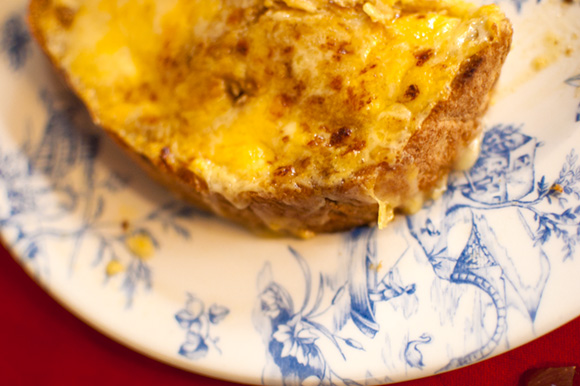 I've not eaten a rarebit for ages, and this is one of the best I've had. The Hatters Tea came on one of those multilevel cake stands and comprised of various four finger sandwiches, a large scone with clotted cream and tip tree Jam with a Pot of Tea.
This was strictly Mrs Bacon's, but she fed me bits throughout. The butties were ok, nothing special to be honest, the scone was more than enough to share, though she thought that it was all perhaps a little over priced at £10.50. 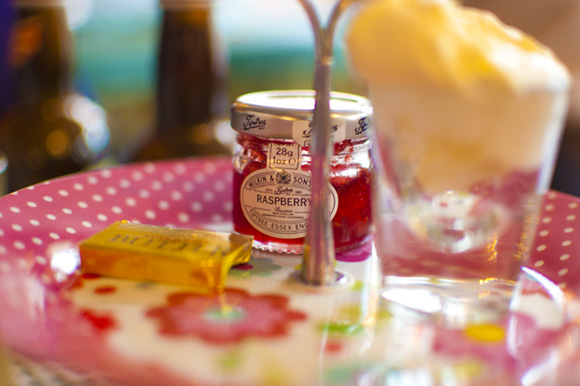 Really this place is more than the sum of it's parts though, it's as a whole that I would judge it. It has a lovely buzzing atmosphere and the décor is truly unique. We all really enjoyed our lunch there and would definitely return to try the pretty looking cakes. 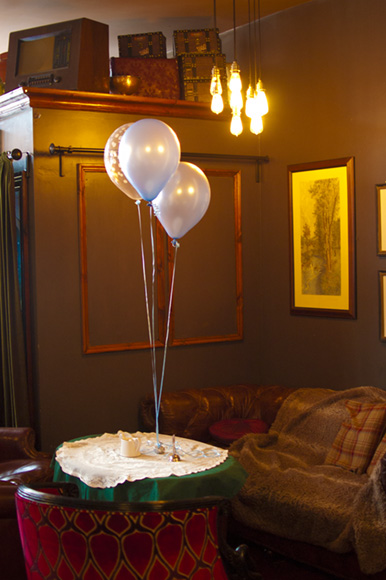 Follow @Bacononthebeech
Posted by Bacon on the Beech at 17:50