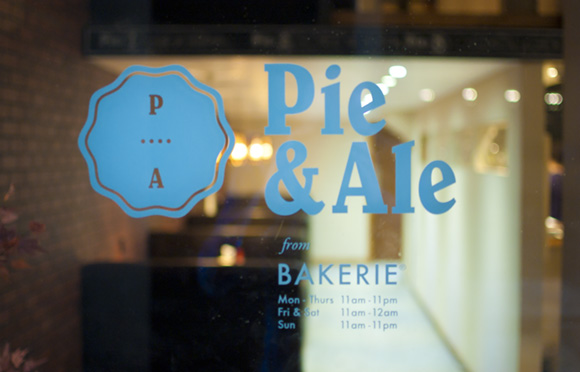 I went into the Northern Quarter to Pie&Ale for lunch today. It's next door (and connected to) Bakerie. It's a brand spanking new space with panelled wooden walls and high ceilings. 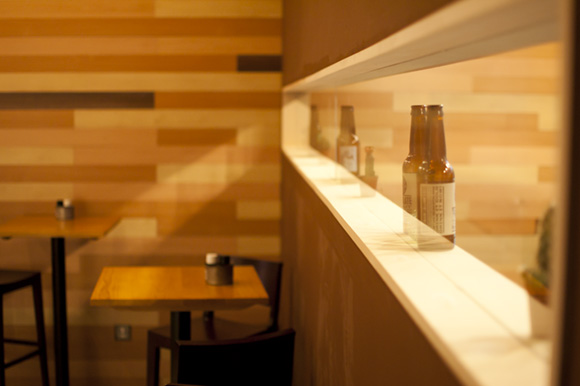 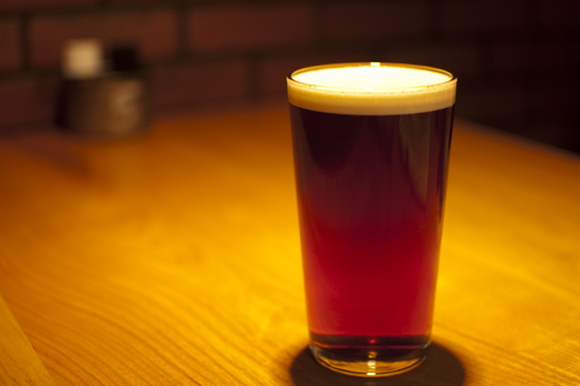 I ordered a Steak & Stilton Pie, with mash and peas sides (only 85p each) plus a pint of Black Jack Brewery First Deal which was on offer at only £2. (I counted six real ale hand-pumps). So the whole lunch came to only £10.50. 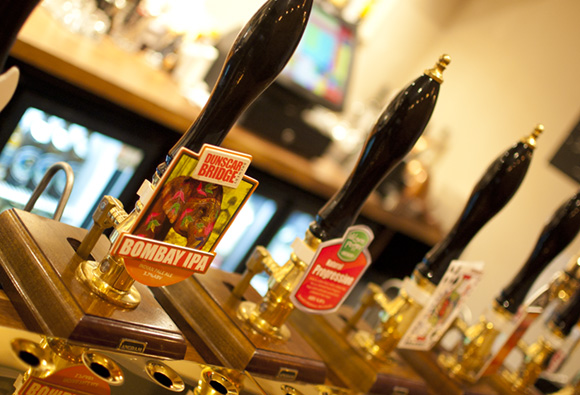 I took one of the cosy looking booths behind the bar. (There's also an upstairs area).
The pie was pretty big, much larger than I expected, with a really firm thick crust, (possibly this could have been slightly thinner) and a generous jug of gravy. You could really taste the Stilton and also the red wine in the gravy which was rich and flavourful. (I sneakily drank this when I thought nobody else was looking as there was no spoon). 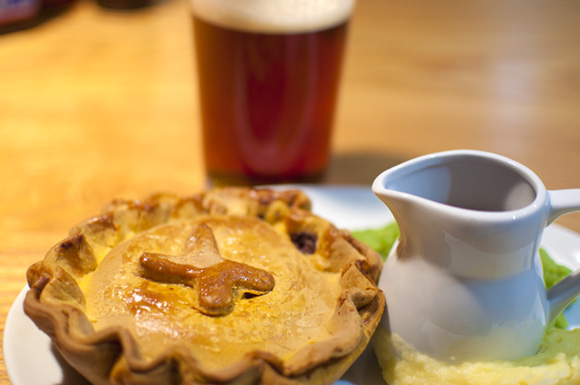 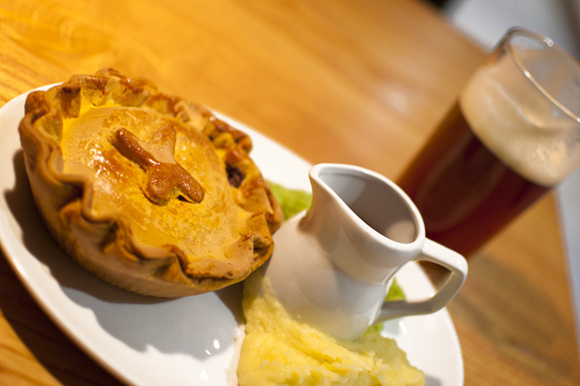 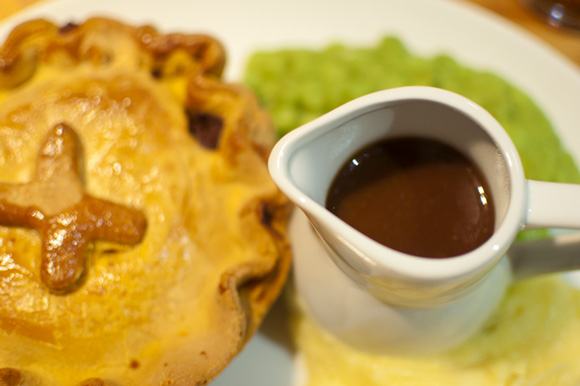 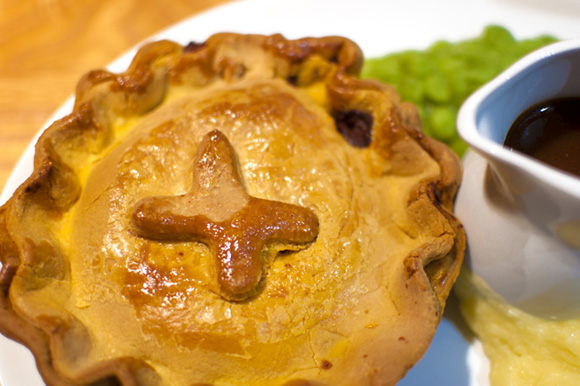 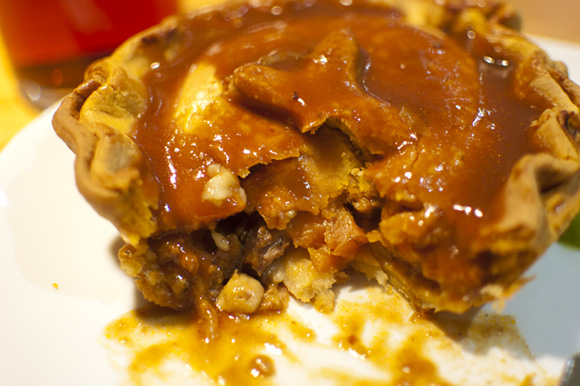 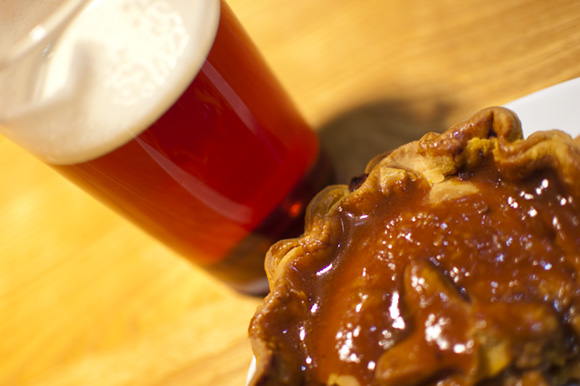 I could have done with a bit more mash, but speaking briefly to the manager afterwards he said that the pie was too much for most people, so they'd made the portion of mash a little smaller as people were leaving it. But if you're a big eater like me, they will give you more if you ask for it. I have to say though, after the pie and a pint, it was more than enough in the end, even for me .
The pie was good, it tasted proper home made (they make them on the premises) and the price was fair, plus the bar staff were really friendly.
I like eating pies and I like drinking beer, so Pie&Ale bar was always going to be a winner with me to be honest, and it was. 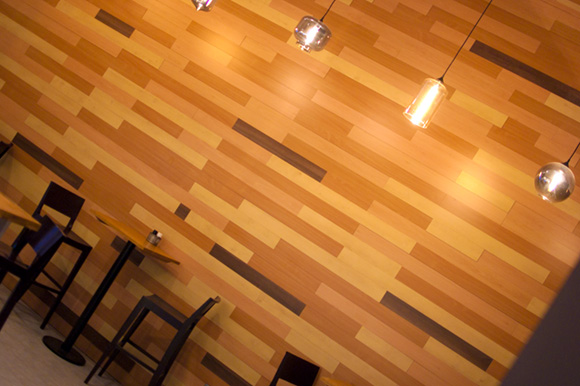 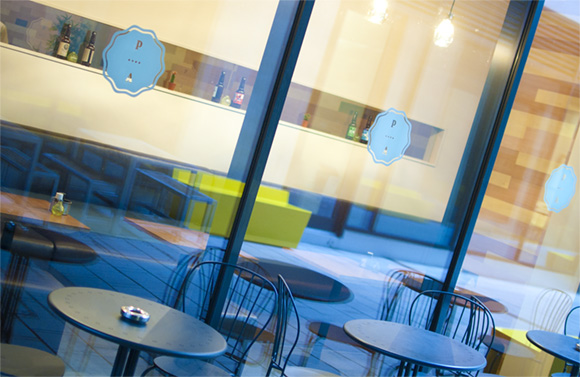 Follow @Bacononthebeech
Posted by Bacon on the Beech at 14:44