I really like Pi in Chorlton, and I've also recently been to the Altrincham branch which is pretty much the same as the original. 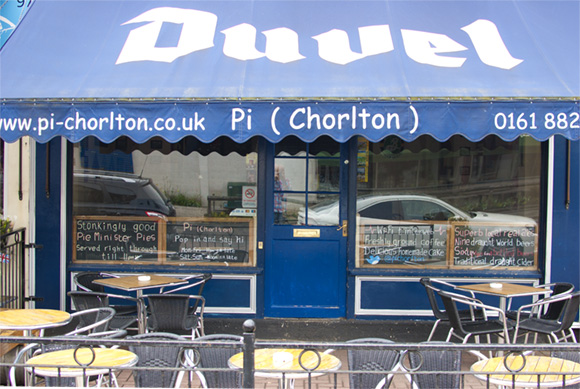 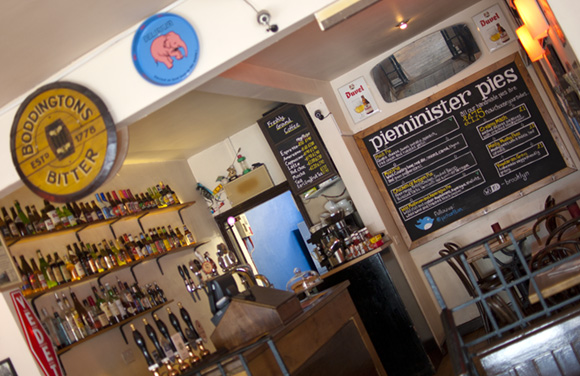 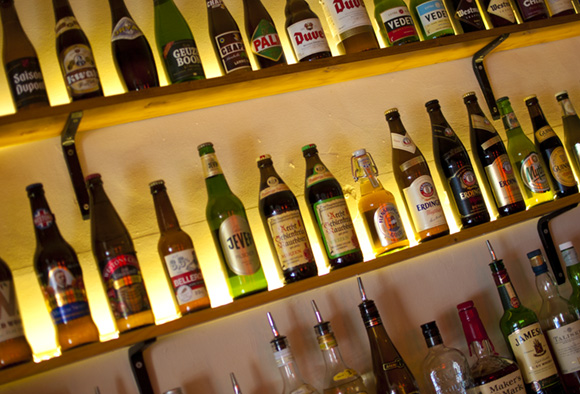 But there are a couple of reasons why I'm not as quite regular as I'd like.
Firstly location. There's quite a few favourite places in between it and home. Fantastic bars like Electrik, Parlour, The Beech and Marble. Secondly it's not dog friendly, and Sam the dog likes to come out with us as well. 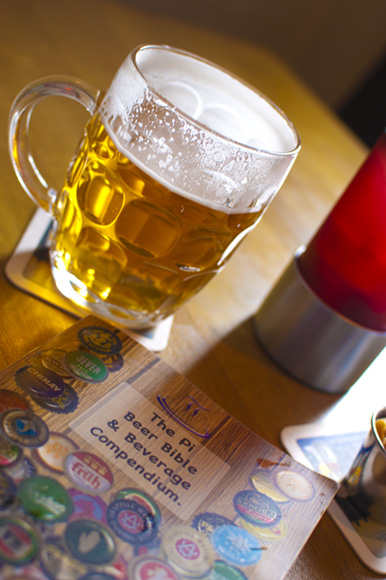 On that drag, The Beagle, Marble, and now Font all let dogs in so we are spoilt for choice. Having said all that, it was time I returned to Pi for this blog, (the sacrifices I make for you the reader), and tried another one of their fantastic pies from Pieminister. Especially in light of a Pieminister bar opening soon in the Northern Quarter. Why Pi works so well, is that from the off they had a great idea and stuck to it. Pies and beer are such a perfect combination, it's mad that nobody thought of doing it before. They've always had a good choice on the extensive beer menu, including rarer gems like German Schlenkerla Smokebeer and my favourite Christmas beer ever Delirium Nocturnum. 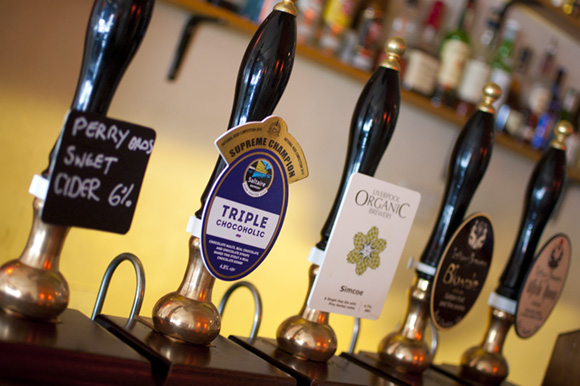 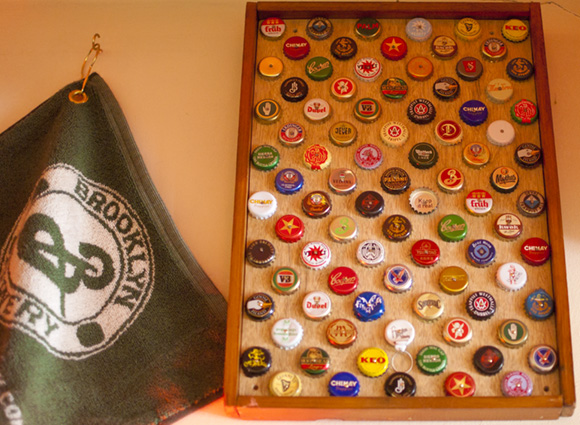 Since my last visit,  they seem to have even more in line of cask and quality keg beer on tap including Blanche de Bruxelles and La Chouffe.
As it was lunch time I settled on a weaker session beer from local Tatton brewery at a very reasonable £3. I also like the way you get offered free peanuts at the bar. Surely this pays for itself in the long run as you feel more thirsty anyway? I wonder why other bars don't follow suit.
I've tried and enjoyed many of the Pieminister Pies, The Matador, Heidi, and Chicken of Aragon, and loved all of them. I went for the Wild Mushroom and Asparagus this time with minty mushy peas which are a pound extra. You can also get creamy mash which is a pound also. The pies at £4.75 make it a really inexpensive night out. People love this casual inexpensive dining, especially in Chorlton. They sell an awful lot of pies apparently. Places like this one and San Juan on Beech road do great business because rather than shell out £20 plus for a sit down dinner, here you can get a pie and a pint for less than a tenner. I'd imagine customers probably do this two or three times over going out for a pricier meal.
The pie was great, so were the peas.
There's not much more I can say about it.
So here's a load of photos. You can never have too many pie pictures can you…. 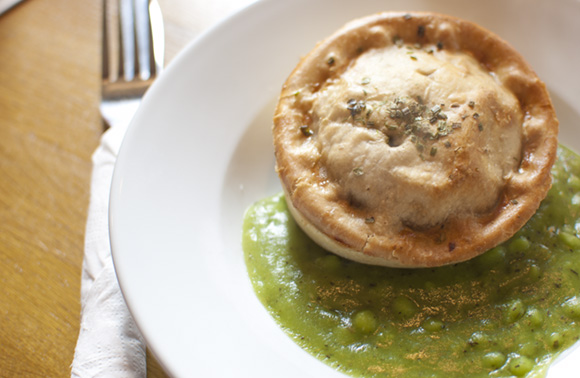 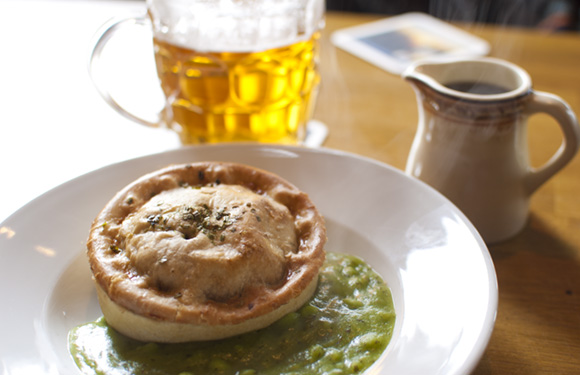 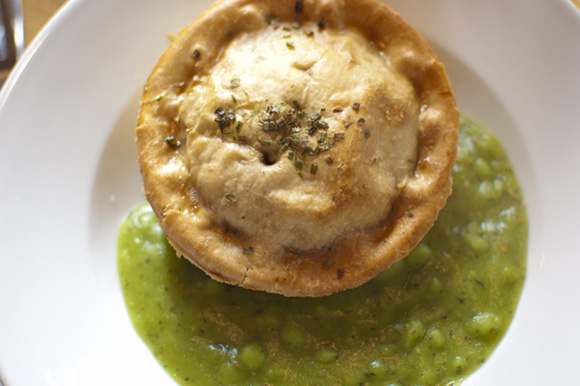 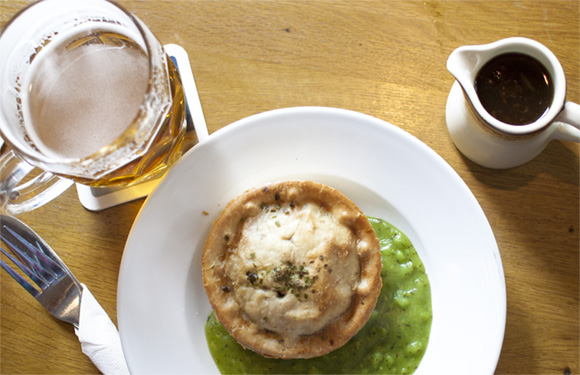 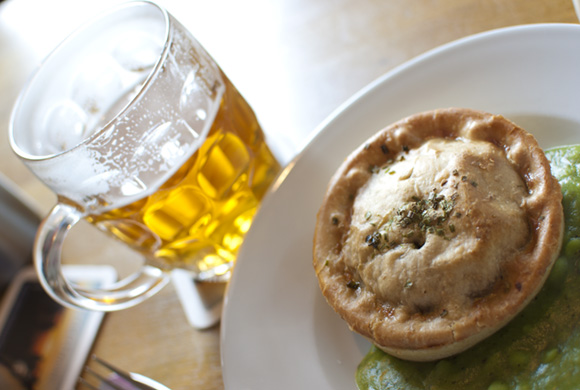 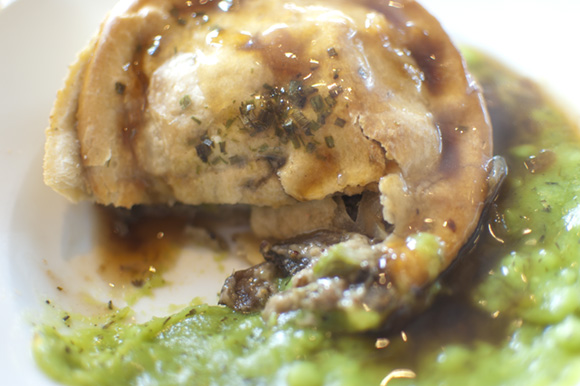 Follow @Bacononthebeech
Posted by Bacon on the Beech at 11:08