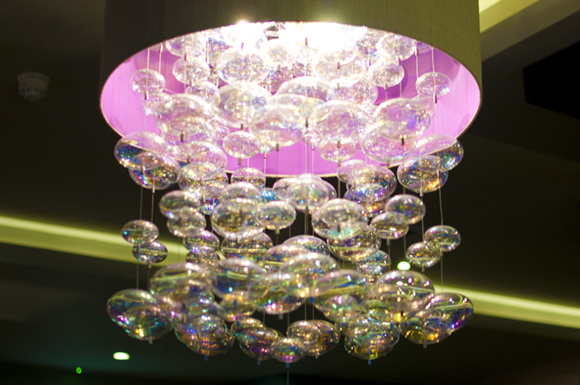 I have absolutely no memory for facts or figures. I'm rubbish at quizzes, in fact I dislike them. But with one curious omission. I have a really good memory for music. For tunes, and for who recorded what and when.
This is because I've always been really into music. From an early age I was fascinated in the records firstly that my parents had (Revolver & Sgt Peppers by The Beatles, The Beach Boys Good Vibrations - they were a brilliant grounding in musical genius from the beginning.)
Then I started collecting records, and getting vinyl from the local record library, anything from Atlantic Records box sets to whatever was current at the time, and old jazz and blues records. Now my tastes are mainly in the soul-funk-boogie-rare disco-eclectic-house-hip hop - jazz - electronica genres. Essentially black music of the last 50 years. (With also a weakness for bubblegum pop).
This is all very well and good you may say, but what's it to do with food? (Well I suppose I would claim to be a connoisseur of fine music and fine food.)
But the subject of music in restaurants came up the other day.
I think it has no place at all.
Specifically, on our trip to Damson in MediaCity, they were playing various records that we felt were totally inappropriate to the setting.
They'd spent thousands of pounds on the plush decoration only to ruin the whole cool vibe with records playing such as The Cult's 'She Sells Sanctuary'.
Now The Cult were one of my favourite bands when I was a teenager, in my brief flirtation with indie-rock I suppose. They were one of the first bands I ever saw live. I was around when this record first came out! It is the sound of sweaty 80's school discos, college indie-discos and now I guess revival nights. But it has absolutely no place in a 'swanky' new restaurant whatsoever.
It was irritating being forced to listen to it yet again, (for the millionth time) and it just didn't go with the decor at all in any way. Even if I wanted to hear it again, (which I don't obviously), I can choose to do it at home any time I like. Also, what about everybody else in there? How do we know what each person wants to hear?
Music is such a personal thing.
I enjoy listening to the latest Flying Lotus album, but I wouldn't want anybody else to be subjected to it. They most probably wouldn't like it.
There are presumably people of all ages going to a restaurant like Damson, I'd imagine taking my Mum and Dad there. They'd like to hear 50's jazz like Dave Brubeck or Paul Desmond playing over the speaker. I'd prefer classic soul Stevie Wonder, Marvin Gaye etc.
Mrs Bacon as a former 'indie kid' was a massive fan of The Fall in her youth, she went to Spike Island to see The Stone Roses, she was a Hacienda regular. But she does not want to listen to "I am Curious Orange' whilst enjoying her risotto, or 'Heaven knows I'm Miserable now' over her panna cotta.
Although we're still both really inspired by music, old and new, it's all a matter of taste, and of timing.  It could be the right song but at the wrong time.
A lot of people love 'You're Beautiful' by James Blunt. It's a million seller.
But if you played it at a restaurant, I'd have to leave immediately. Either that or be sick.
You can see the problem here.
Why do you have to play music at all?
I can sort of understand it in a bar/restaurant in the hip Northern Quarter, but in a proper restaurant it's totally unnecessary. If you do insist on something to create an atmosphere of sorts, it should be quiet and inoffensive. 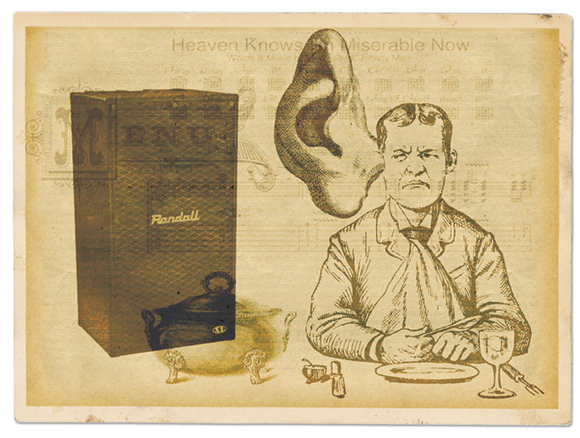 My suggestions for a place like Damson would be something ambient, mellow chilled and cool, maybe jazz.
Something something along these lines;
Air - Moon Safari
Quiet Village - Silent Movie.
Arthur Verocai - Arthur Verocai.
Miles Davis - Kind Of Blue
Danger Mouse & Daniele Luppi - Rome.
St Germain - Tourist.
Buena Vista Social Club.
Vangelis - The Blade Runner Soundtrack.
Terry Callier - The Colour of Love.
I could go on but you get the picture.

But in the end, music is just too important to me to have it on as 'background' anyway.
So I'd always say if in doubt just turn it off!
Now don't get me started on TV's in pubs……


Follow @Bacononthebeech
Posted by Bacon on the Beech at 18:31