It's tricky opening a new bar in Chorlton. We have that many good ones. Morley Cheek's opened five months ago into a very crowded marketplace where only the strong survive. They've wisely been looking to carve a niche to set themselves apart from the rest. 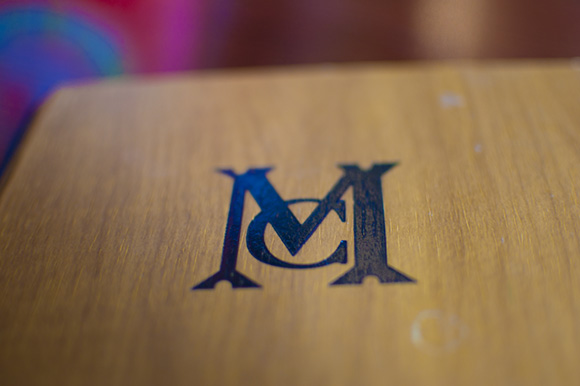 They've recently started doing burgers, hot dogs and giant pizzas. Nobody is really doing this sort of food exclusively in Chorlton, whereas you can't move in the city centre for dirty burgers these days. It was a wise move. They've even shamelessly stolen been inspired by Almost Famous to serve the burgers in 'peg trays'. Why not? AF were influenced by Meatwagon/Meat Liquor in London, who were themselves inspired by American restaurants like Bobcat Bite in New Mexico, and Hodad’s in San Diego. It's all definitely been spreading across the UK like a virus since the constant showing of Diners Drive-Ins and Dives and Man Vs Food on the cable channels. 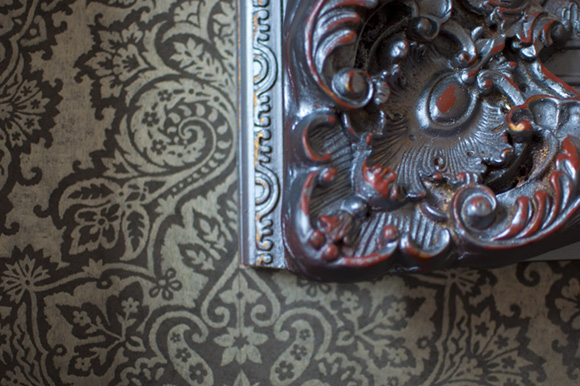 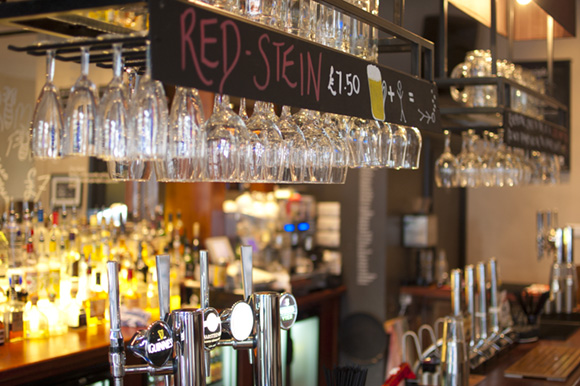 The bar itself hasn't changed that much since the days of Argyles, although they have opened a smokers area out at the back, which will be a good spot in the summer if we ever get one. 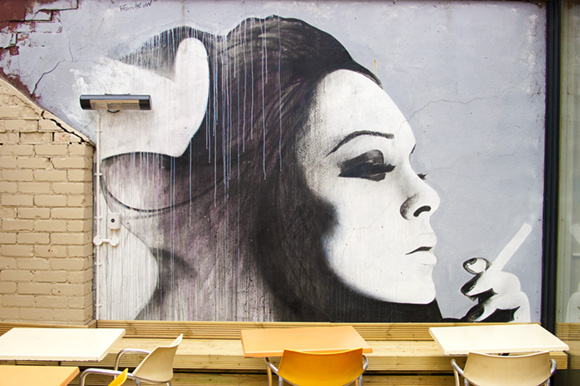 The beer range was ok, although the choice of Real Ale was not especially exceptional for Chorlton standards, they do have a decent range of imported bottles.
As it was lunch time I went for a pint of steady old Wainwright's. 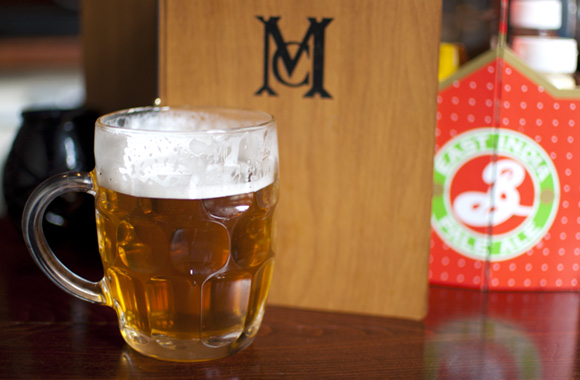 That and a burger cost me less than a tenner. The burger & fries are £8 (plus 25% discount until the 15th April). This pleased me no end. It will also please my accountant (Mrs Bacon). After a bit of a wait the burger arrived.
Slightly smaller than I imagined it'd be, it had two 1/4 pound beef patties, and I got to choose one sauce (chilli jam) and one topping (blue cheese).
The fries were plentiful and looked good, they were proper crispy and thin, although slightly over seasoned for me. The burger with meat from local butcher Frosts was pretty good as well. I couldn't really taste the chilli jam, but it was an ok burger nonetheless. 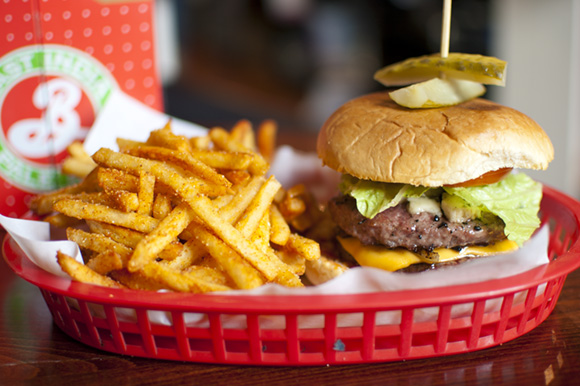 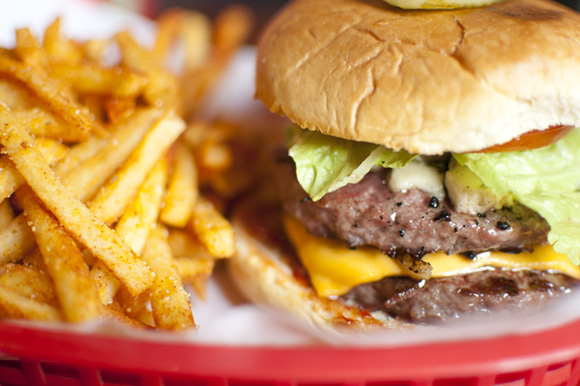 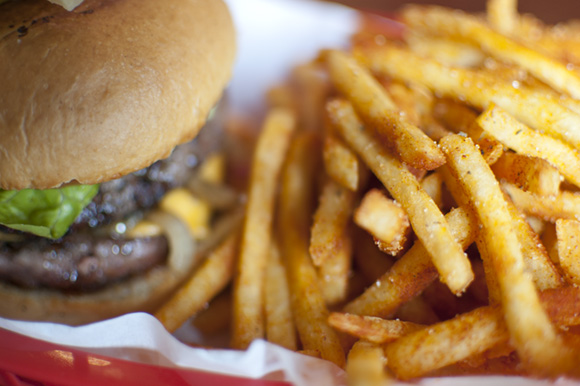 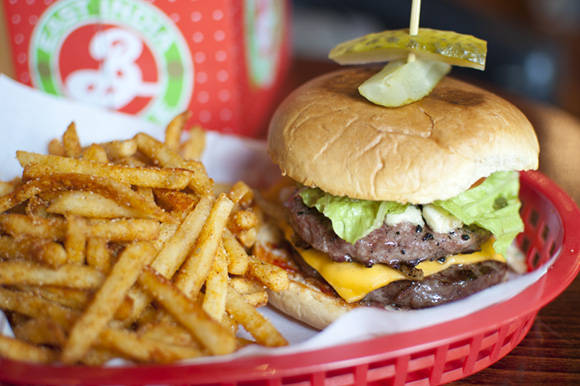 The burger is not in the same league as Almost Famous et al, but for a first attempt it was quite good. I guess it is unfair to compare them to Manchester's best, this is a bar first really, moving into doing food. They are on the right path though and I can see them only getting better.
I'm not sure what the atmosphere/evening crowd is like as I went in the daytime when it was fairly quiet and with the dog, (it's dog friendly as well another plus point for me).
To conclude, I think it's great what they're doing at Morley Cheek's, they've looked at the market, seen what people want and gone straight for it.
I'd have done exactly the same thing if I was in their shoes.
I would definitely return to try one of their 18" pizzas, I wonder if I could manage it all on my own? 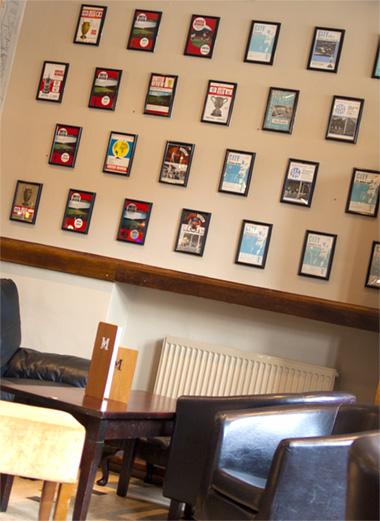 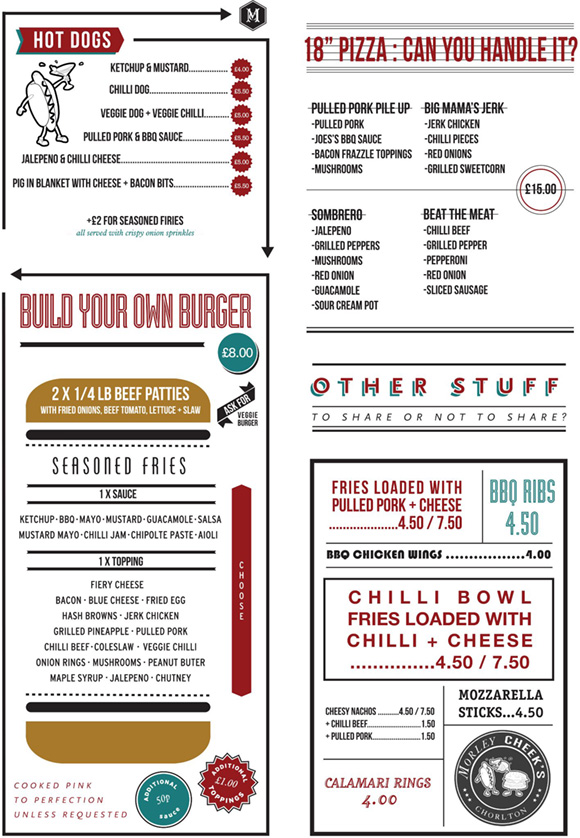 Follow @Bacononthebeech
Posted by Bacon on the Beech at 15:38