After several cold drinks and a 'pre-tea' of fine pizza at The Nook & Cranny, it seemed like a good idea to go for a curry as well as it always does when beer is involved. We had also been joined by our friends and founder members of the Chorlton Curry Club.
On this occasion, we chose our Indian restaurant purely on location, it being exactly in the middle of all our houses. Asian Fusion is actually on a row with two other Indian restaurants, Azad Manzil (the original Indian in Chorlton, average and old fashioned), and Tandoori Flame which although it has excellent food was rejected for having zero atmosphere and no ambience whatsoever.
Our favourite was too far to walk to; although we hear rumours that Coriander is moving next door to the other three, making a kind of mini curry mile.
So Asian Fusion it was. We've all been several times, although for us it's been a while. This is because the chef has always been heavy handed with the ghee, keeping me awake for several hours in the night whilst digesting it. 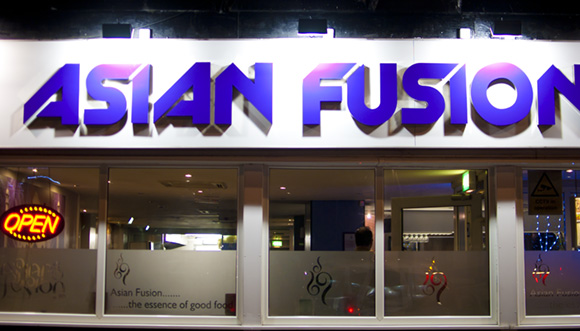 Asian Fusion brands itself as 'Contemporary Indian Cuisine', but there's nothing that 'modern' or 'fusion' about it, as far as I can tell; it's very similar to most other Indians with all the usual suspects, plus a few extras.
The decor was quite smart when they first opened, but it's starting to look a little shabby now, especially when compared to the new style of 'glitzy' Indian restaurants like Eastzeast and Akbars.
As usual, We started off with poppadoms and dips. These were crisp and fresh, and the dips plentiful. 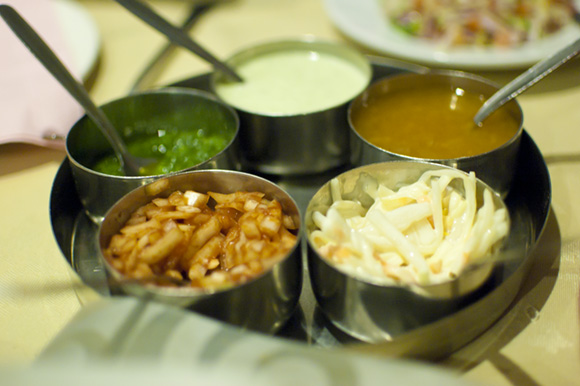 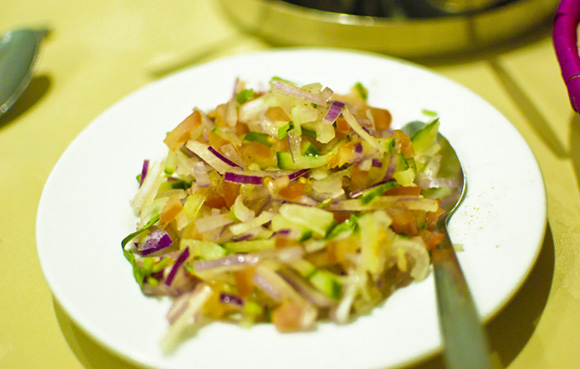 Mrs Bacon ordered a Mango Lassi. It was totally undrinkable. You could actually feel the crunch of sugar in your teeth, it was that sweet. Is adding sugar necessary at all in this drink anyway? I sent it back. They asked if we wanted any more, I told them we didn't. Totally ignoring me, they brought another jug anyway, which was slightly less sweet, but still overly saccharine.
It was to be one of several comical miscommunications of the night.
I asked whether the garlic nan was made with real garlic. The waiter said it was. When it came, I could tell that it'd been nowhere near the stuff, although the bread was pretty good, it was lightly sprinkled with that awful powdered garlic. Why did he say it did when it clearly didn't, did he think that I wouldn't notice?
These things are always telling to me, it's just plain lazy and cutting corners. (They also brought my friend a 'mains' portion whereas she wanted a smaller 'starter' portion).
For once, we kept to our NO STARTERS rule, (they specialise in 'sizzlers' which are pretty good), and shared a South Indian Garlic Chicken - 'Diced chicken tikka, heaps of fresh garlic and rich medium sauce' (£7.95). This was pretty decent basic tasty fare, and not heavily coloured which was good to see. 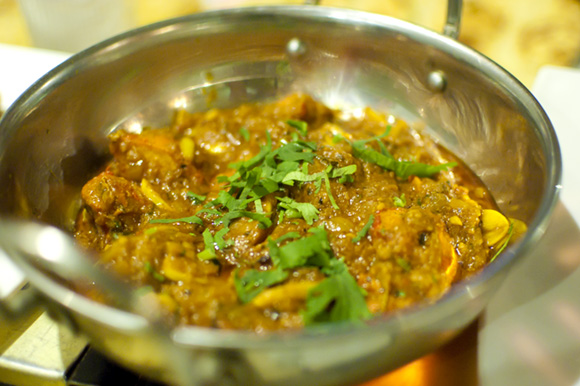 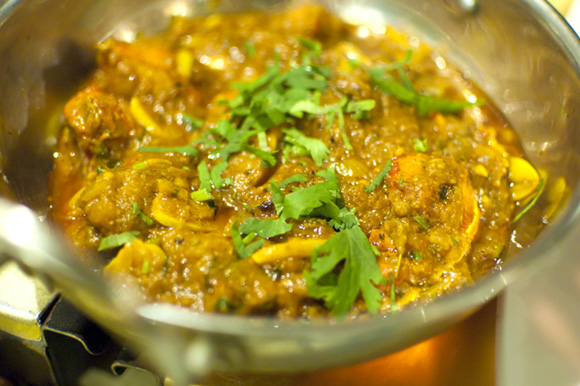 We asked for the bill. They brought us someone else's. (After a 'few' beers I probably would have paid it as well). It came to just £22 for the two of us, as we had shared the main course.
They sent us double round of fake mini Baileys and After Eights, which was quite good of them after all their mistakes. (I always enjoy the fake Baileys).
Overall though, still an average experience with quite shambolic service.
They're going to have to up their game when Coriander comes and moves next door I'm afraid. 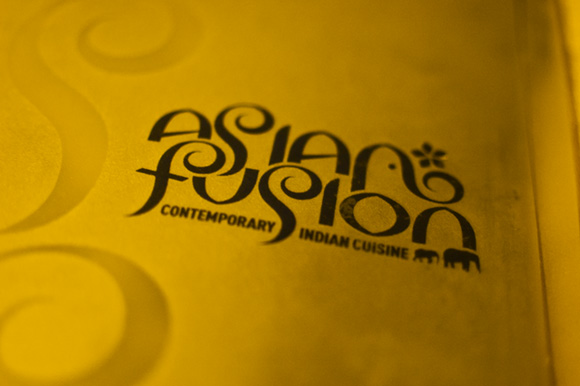 Follow @Bacononthebeech
Posted by Bacon on the Beech at 17:38