Last Friday was not just the first night of the much anticipated Simon Rogan's The French restaurant at the Midland hotel, it was also the opening day of Tiny's Tipple, a new independent fine wine and beer shop on the main Wilbraham Road in Chorlton. 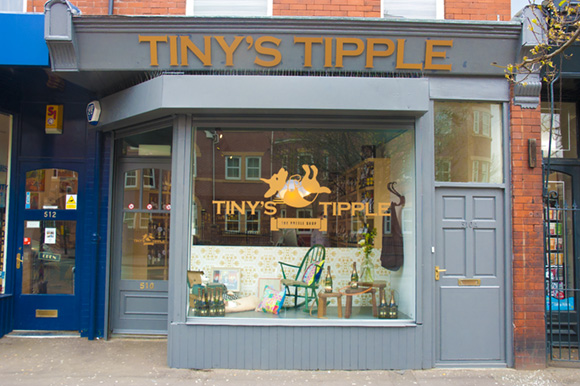 Annoyingly it turned out that I was missing the openings of both as we were on holiday, so I popped in today to have a look round. (They close on Mondays.) Firstly, they let Sammie the collie come in, which immediately made me like this place. He made himself at home on Tiny's bed, (the shop's doggie mascot who was absent today.) The branding is successful, and the open window display is cute, making a very good first impression. 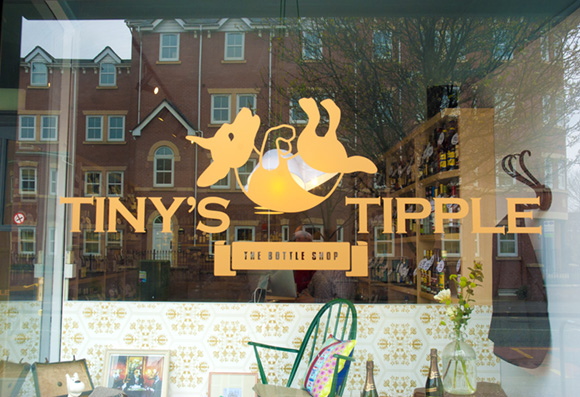 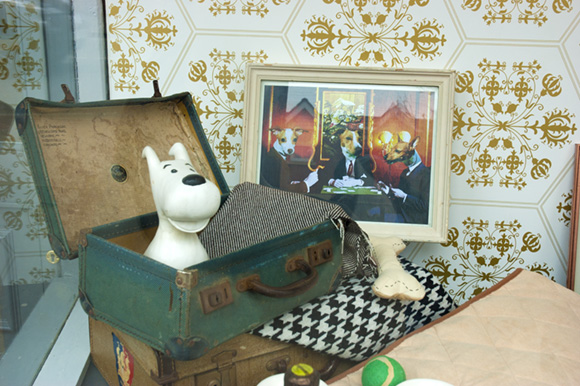 I was chatting to the two friendly owners, both came from working at the nearby sinking ship Oddbins, so you'd expect the wine selection to be quality, and it was. The prices looked to be around the £8 - £10 mark, there is little point in them trying to compete with Aldi, so it looks like they're going for well chosen product from lesser known brands. 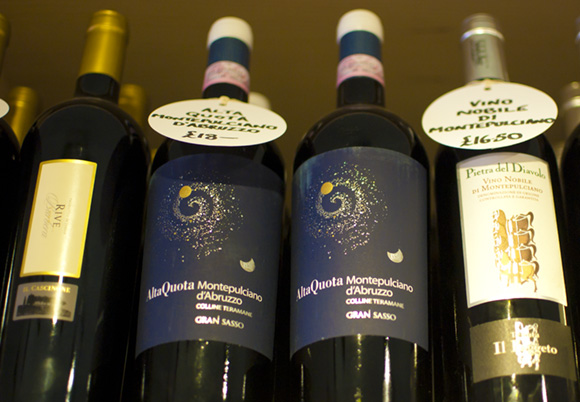 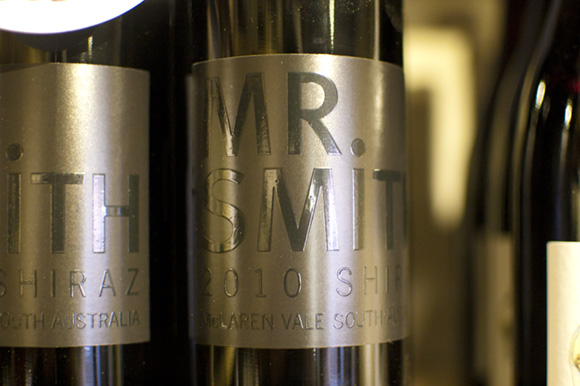 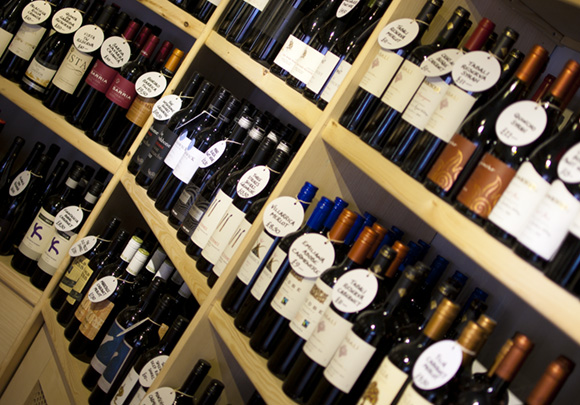 I was mainly here for the beer, this is in a separate room at the back, it's much larger than I expected. Straight away I could see that the selection was decent, I headed straight for the Belgian section as I've not been able to buy Belgian beer in Chorlton since The Belgian Belly shut. 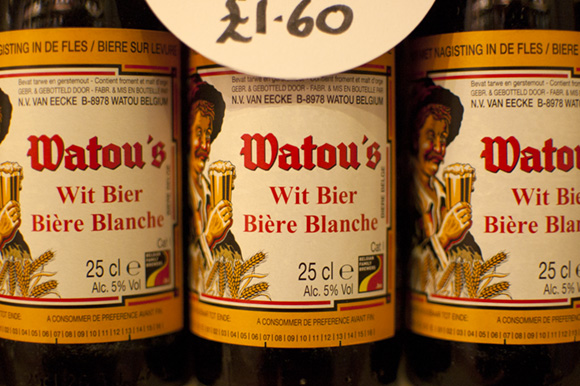 They had a pretty good choice and will be adding to it hopefully in coming weeks, depending on what people want and what sells best. They will helpfully always try and get something for you. I have a long list! Interestingly, they said that the British beers sold the best over the first weekend, (they had to re-stock earlier than they anticipated so it went well.) I spotted quality ales from Brew Dog, and local brewers Tatton and Offbeat. 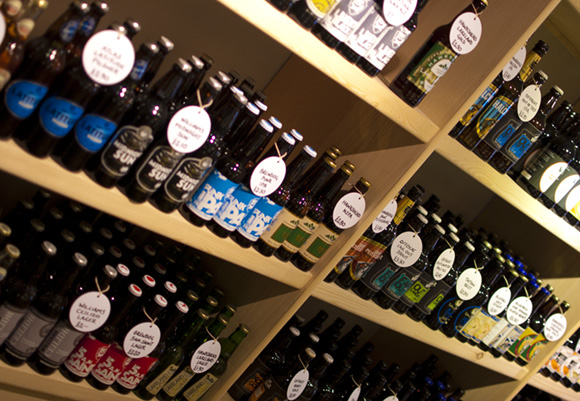 I also noticed the prices were pretty reasonable, this is quality product after all, the beers I bought were between £2.80 and £3.30. I couldn't resist a few favourites Corsendonk Agnus Tripel, St Bernadus Tripel, Tripel Karmeliet are all world class, as is La Chouffe. I also picked up a few new ones Mikkeller Belgian Tripel from Denmark, and from California, Bear Republic Red Rocket Ale which seems very highly rated on review site Ratebeer.com. Hawkshead NZPA was recommended  to me so I'm looking forward to trying this one. I recently enjoyed a Porter by the Odell Brewing company, so I bought the 5 Barrel Pale Ale as well. I picked up much more than I'd planned to, as usual.


It's not my 'specialist subject' but the whisky and champagne selection looked pretty impressive. 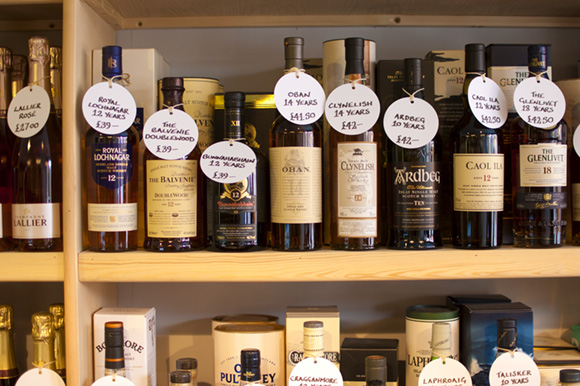 The German Beer section was good also, although it didn't have too many surprises for me. (Again, this will be something they will be adding to, but you have to start with the likes of Schneider Weisse, Küppers Kölsch and Erdinger  - and it must be stated that most of these are not available in standard supermarkets.) 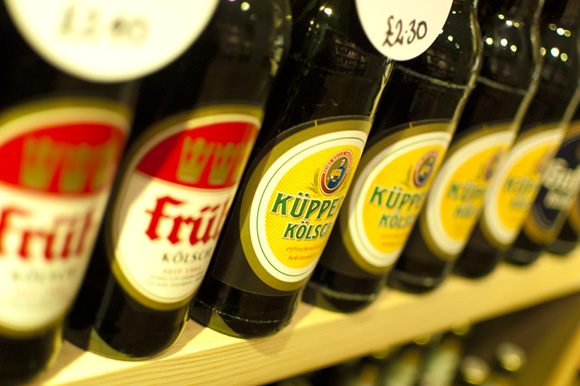 I can see myself becoming a real regular at Tiny's Tipple, it's local, it's friendly, it's independent and most importantly of all, it sells high quality booze, what more can you ask for? 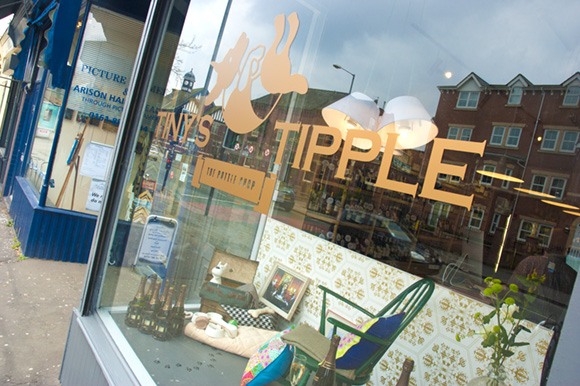 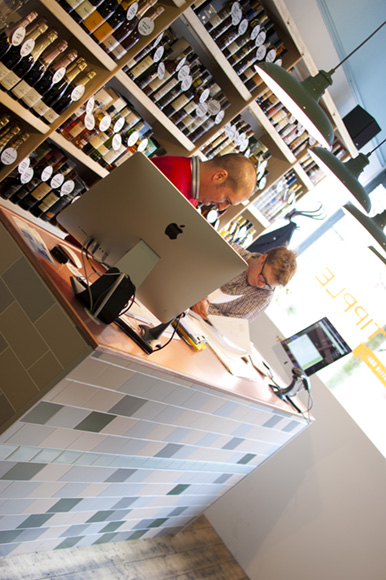