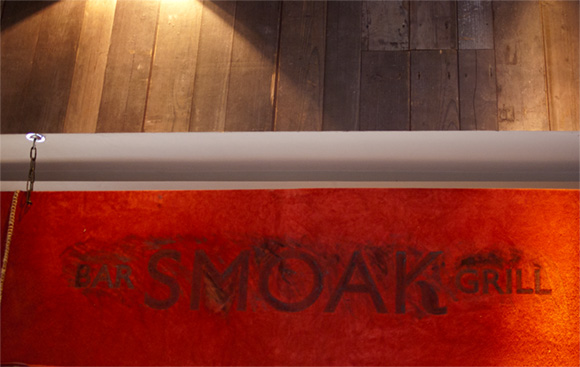 Smoak is part of the Malmaison Boutique Hotel chain in Manchester Piccadilly.
It opened a few years ago I think, but I've only just managed to visit. I popped in for lunch today. First impressions are pretty good, you walk through the hotel reception to the left hand side into Smoak. The interior has been nicely done, I suppose you could call it a faux vintage Americana, but perhaps slightly more tasteful to how I'd imagine The Hard Rock Café to be. (Although I've never been, and am not likely to either). 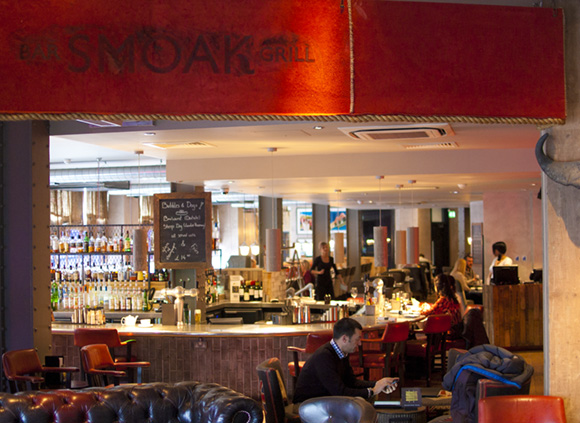 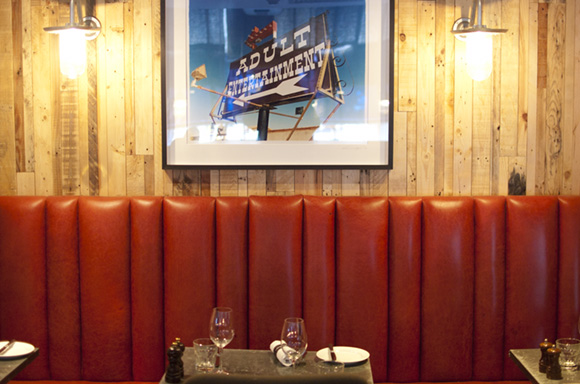 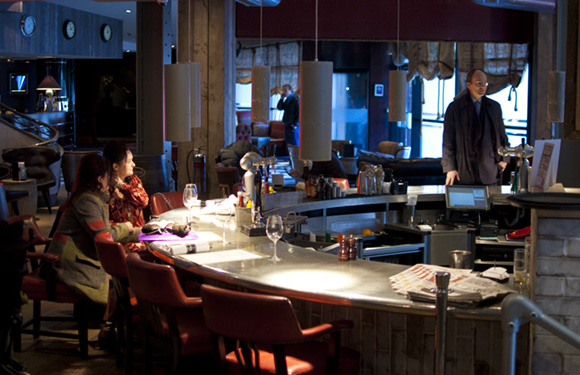 You can sit around the large bar area to the front, or next to the grill. I always go for the booth though, and I got one at the front. 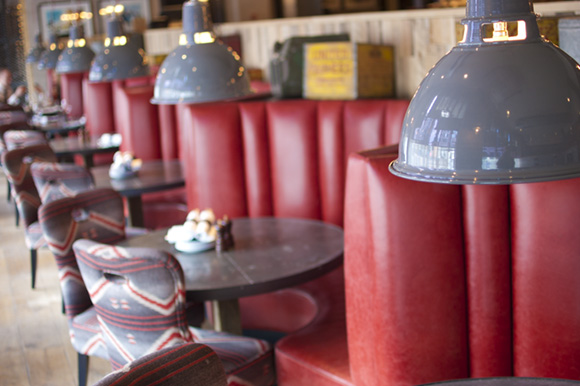 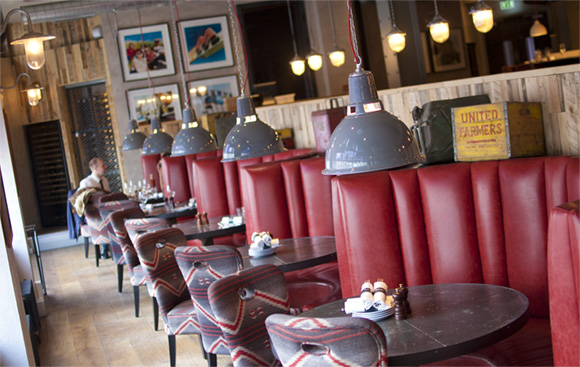 I'd already decided what I was having as I usually do. Reports are very good on the steaks but they are priced at a minimum of £25 for a 400g sirloin going up to a hefty £52 for a 900g wing rib sirloin. For that price I'd hope it would be the best steak I would ever eat, but I could just not bear to part with that sort of money on this occasion, as Mrs Bacon always tells me I should be economising. 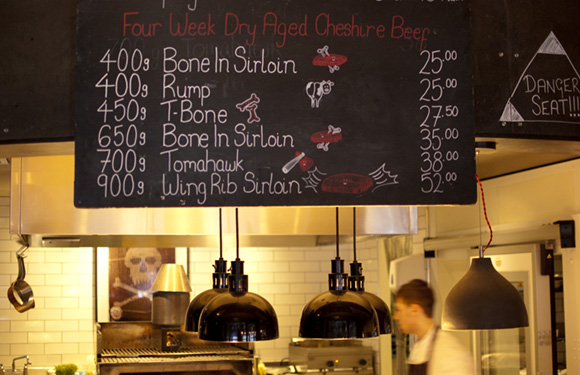 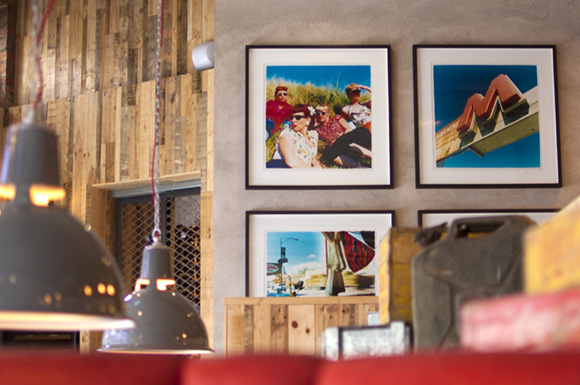 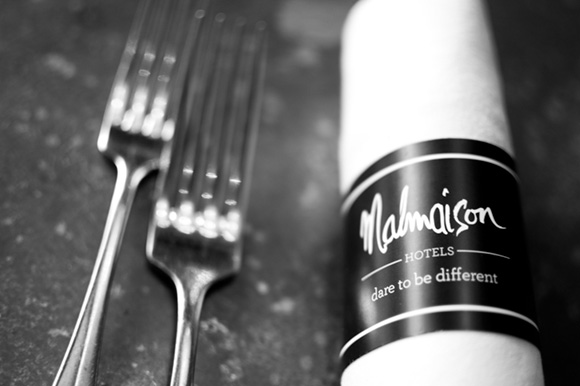 To begin with, I went for a starter portion of Steak Tartare (£6.50). It arrived fairly quickly. The dish looked rather pretty with a raw egg yolk in it. I'd had one recently at Neighbourhood that was a little under-seasoned, no worries on that score here. First bite was quite spicy hot, I think it was the capers - if anything it was slightly over-seasoned. It was fresh and clean though, and came with nice thin crispy toasts. 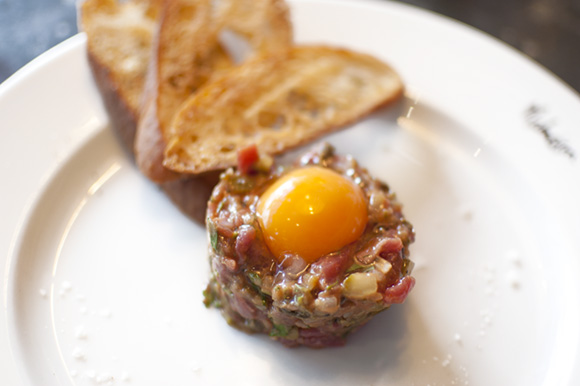 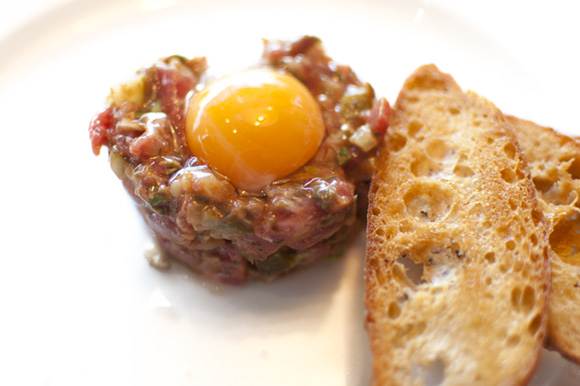 I was pleased that I could get a proper glass bottle of Coca-cola with it, (I hate that tap stuff) but even though the charming waitress bought a glass of ice, I'd really expect the bottle to be ice cold as well, not room temperature.
For mains I got a 'Mal' Burger with Gruyère cheese, bacon & fries (£14.95). It certainly looked the part, I could barely fit it in my mouth. 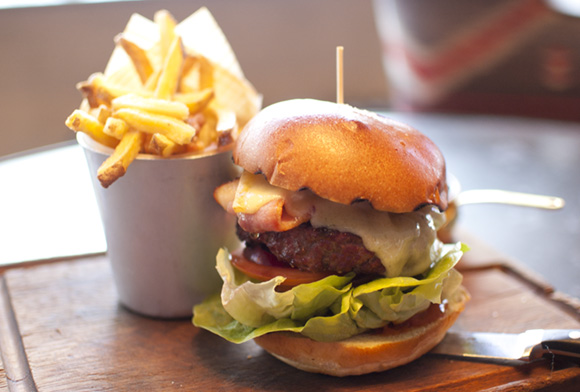 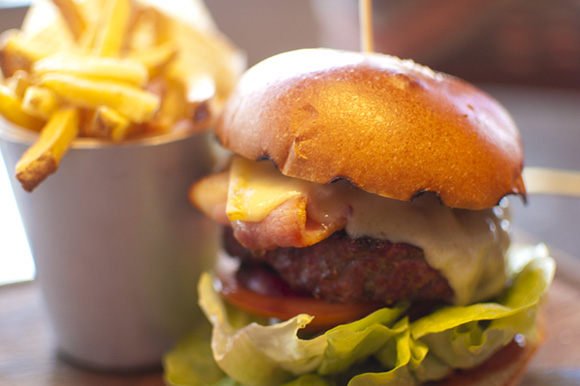 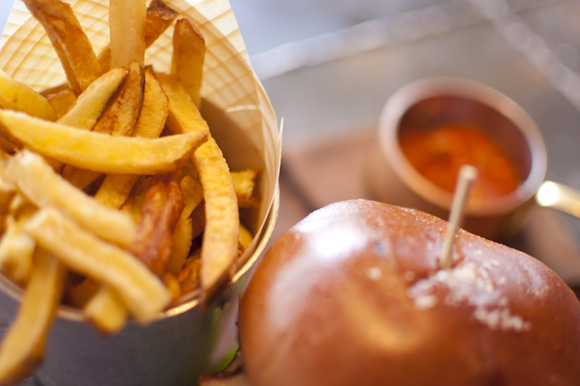 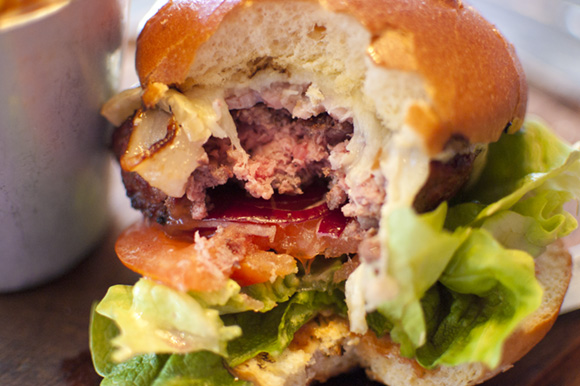 It was a decent burger, juicy, char-grilled and medium rare which is how I asked for it, but I have had better burgers. The fries were ok, but again they were really nothing special. I'm sure I'd asked for garlic butter sauce, but they came with a tomato based sauce. However, I really couldn't be bothered changing it.
I quickly got the bill. It came to £25.81 with service already added. (Not really a fan of this, it's not really the British way, but it seems to be getting more widespread). 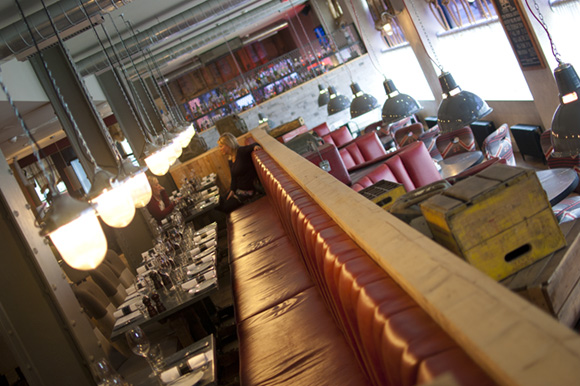 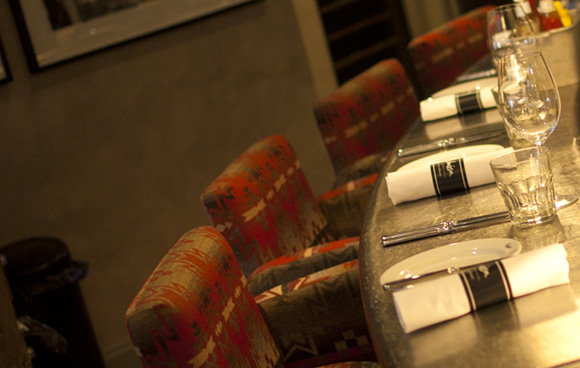 To conclude, I quite enjoyed Smoak but I feel it does not give you the best value for money in Manchester.
In the last few years we've seen the likes of Almost Famous, Solita and Gorilla offer very good burgers at a much cheaper price. For instance Gorilla price a 'standard' burger at about £8.50 which is almost half the price of the Smoak burger, and at Almost Famous you can get one for £6.50! Don't get me wrong, I'm happy to pay nearly £15 for a quality burger, but you better make sure for that price that it is an absolutely amazing burger but unfortunately I just wasn't convinced that it was.
I would have preferred to go to AF or even Lust, Luck Liquor and Burn. Their burgers all passed the 'mmmmm' test; when I just cannot help making that involuntary sound.
I liked the interior in Smoak, but I did feel like it was a slightly corporate hotel space, no matter how well they dressed it up. If I wanted a glamorous setting and a burger I'd go over to Neighbourhood rather than here.
In short, I quite enjoyed Smoak, but Manchester has moved on over the last few years, we can get burgers in cheaper cooler more independent places or plusher restaurants.
Having said all that, perhaps I should have pushed the boat out and got a steak after all. 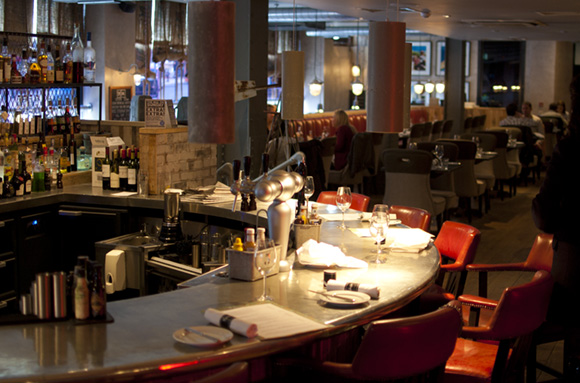 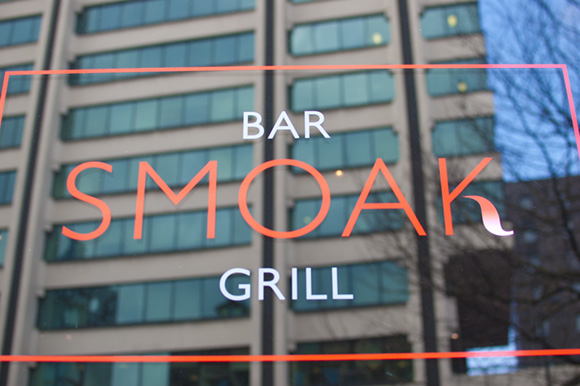