I like to research my holidays quite extensively (especially when I should be working and in the depths of this never ending terrible British Winter.) So when I saw pictures of the food at Lilium I got quite excited. Plus the Tripadvisor reviews were very favourable (for what they're worth.) So on an overcast day near the end of our sunny 10 day holiday in Lanzarote, we made the short journey up from our resort Playa Blanca to the capital Arrecife. We got there early to secure our booking and then went for a coffee on the 17th floor of the nearby Arrecife Gran Hotel. The views over the little scruffy typically Spanish city are spectacular. (Although it's one of the only towns in Lanzarote that wasn't designed in keeping with the aesthetic demands of architect and artist Cesar Manrique.)
Nobody eats at 1 in Spain, so we were the first there. 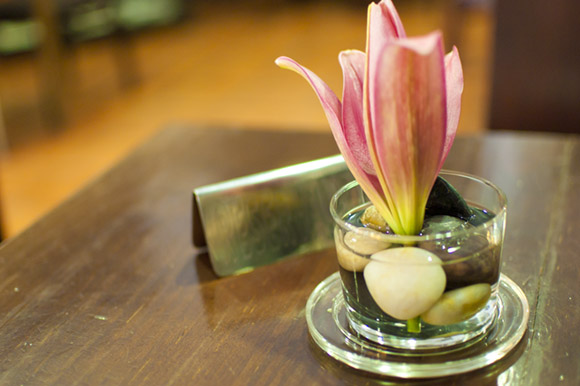 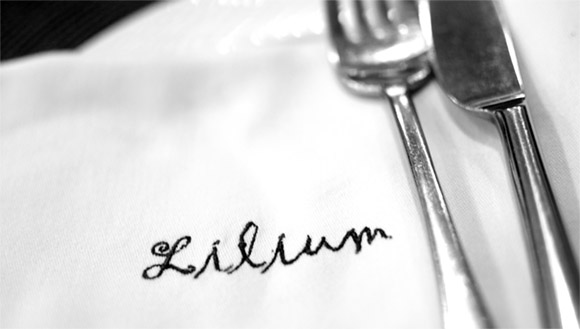 We were always going to go for The Taster Menu which is only €35 for 5 courses, which we though was very reasonable in comparison to similar standard UK restaurants. To start with, we had a pre-course of Asparagus Soup as it was in season. (Always a good sign.)

Orlando Ortega, chef and co-owner brought most of the food out himself, maybe because it was quiet. (He worked a season stage at El Bulli.)
I like it when the chef interacts with you, rather than just handing the dishes over to the waiter. He's a really charming fellow, and rightfully proud of his food, carefully explaining the idea, concept and sourcing behind every dish. The home made bread and dips were excellent and came with a quality bottle of Torres El Silencio Arbequina Extra Virgin Olive Oil (who knew Torres made oil as well as wine?) 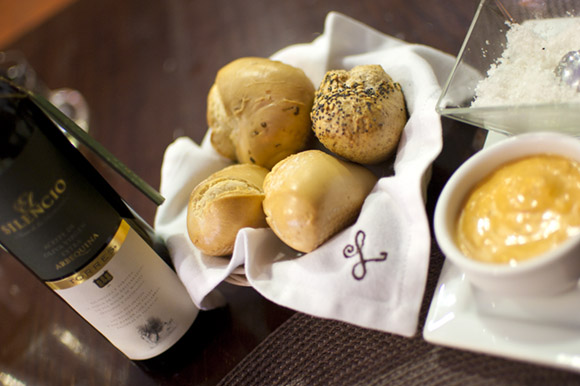 The first course proper was a stunner. He explained it as a word-play joke: Canary Island Black Pudding: 'Morcilla Cigarillos' (the words sound similar,) with tomato marmalade.

Looking like real cigars in an ashtray, I really enjoy a fun dish like this, but it has to taste as good as the concept demands, and it did. Delightful.
It's worth noting that Canary Island Morcilla differs from the Burgos style as it is not made with rice, and is sweeter.
The second course was a fresh salad of Assorted Lettuce, Papaya and Prawns with Ginger Vinaigrette, a decent tasty combination.


The third course was a Medium Rare Local Tuna Steak (apparently most of the restaurants on the island are only allowed a certain quota in this 'season' of just 2 weeks) served with Wild Mushroom Risotto and with a pipette of pork stock jus and soy sauce.


This was superb, although we'd have personally liked our tuna slightly more rare (almost like sushi) the risotto was nicely textured though with the earthy mushroom flavours working in harmony with the fish.
The crispy Duck Leg Confit with figs was another winner with us, the meat beautifully cooked with a nicely satisfying crackling type skin.

The sweet and sour sauce which I'm not normally a fan of, was quite subtle and didn't over power the dish. We requested an extra course which came next, a meaty juicy Mini Gourmet Burger with Almogrote, although the crusty bread didn't really work for me, I'd have preferred a softer bun.

The dessert of a home made Cheesecake with proper vanilla ice cream brought to mind a mille-feuille; delicate, sumptuous and truly delicious, a perfect end to an excellent meal.

The restaurant had filled out a bit now and we took some other restaurant recommendations off the affable chef, and a delicious Dessert Wine (slightly sherry-ish which I don't normally like, but this was good.) 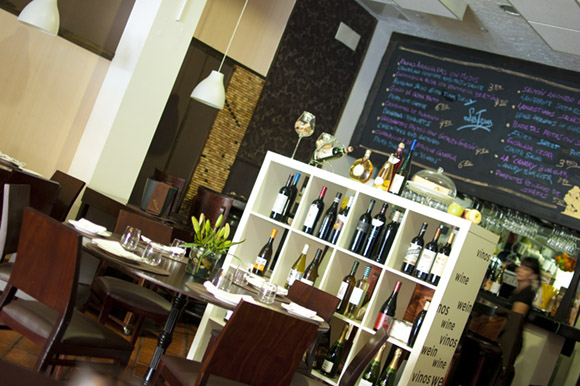 Incidentally, we also had an excellent local wine from The El Grifo Winery and a grape I'd not heard of Listán Negro which is apparently most often found on these volcanic islands. I ended up drinking this stuff for the rest of our holiday instead of my standard Spanish choice, Marques de Caseras.
We really enjoyed Lilium, the food was innovative up to a point with some creativity but not at the expense of the flavours. The bill came to €104.16 which was definitely worth it for what was definitely the best food we ate on the island. 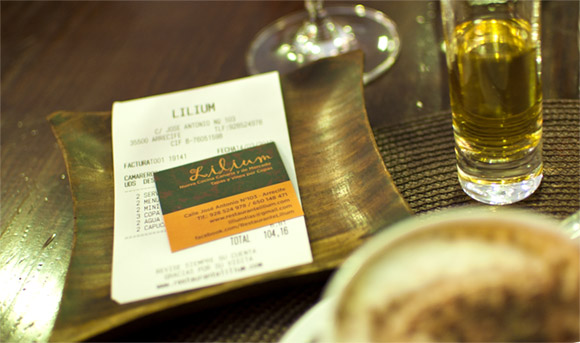 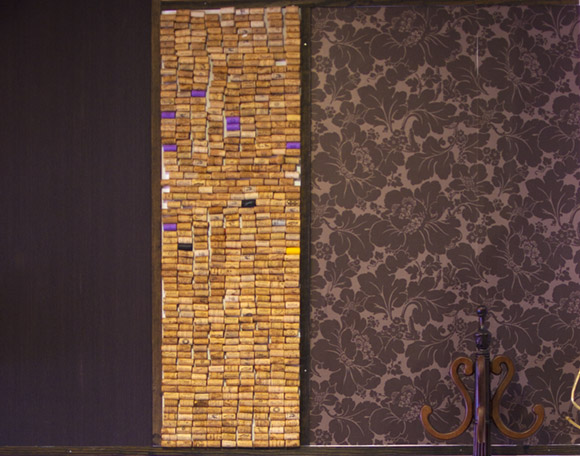 Lilium is in The Michelin Guide.
restaurantelilium.com.

Follow @Bacononthebeech
Posted by Bacon on the Beech at 21:48