What's in a name? Bacon's not actually my real name. Before I started this website, I was thinking whether I should really start a blog or not. Did I really want to photograph every meal I ate out? Once I started, I knew I'd not stop, and so it came to happen. If I did start, I thought I'd call it Bacononthebeach after a favourite quote from Homer in The Simpsons, you can see the clip here.  As I live just off Beech road in Chorlton, I changed the a to an e. Once I'd thought of the name, I just had to do the blog, because the name existed so the blog would have to. 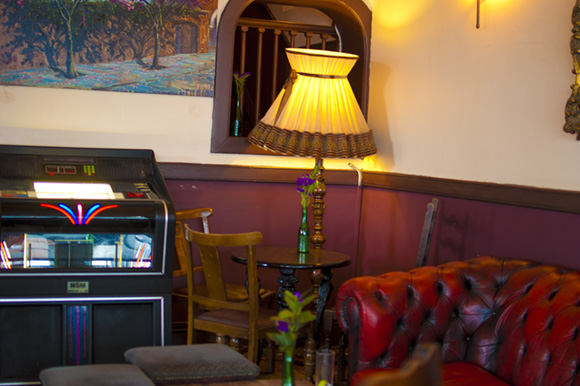 Our favourite bistro on Beech road, Parlour was previously called Marmalade, then before that it was The Nose, and The Blue Note even further back. These were all separate businesses, but in the same venue, which hasn't changed that much since it was The Nose. 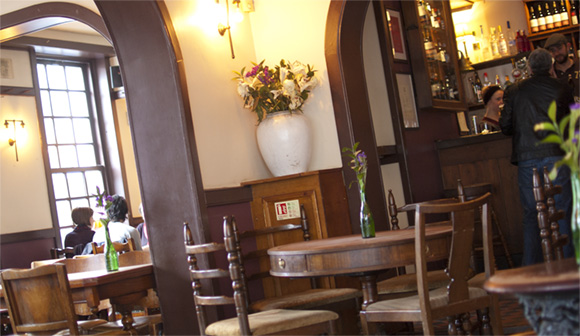 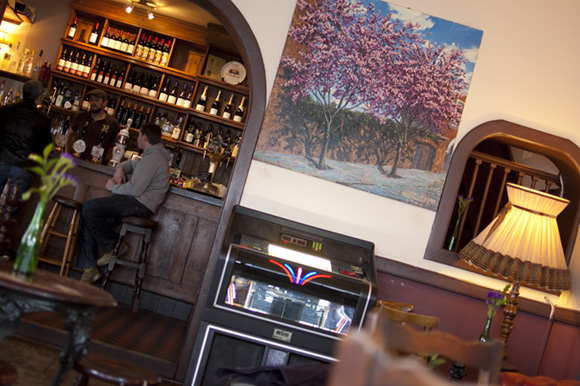 I was reading a London food blogger called Burgers & Bruce (great name again especially if you love both burgers & Bruce Springsteen.) She had only gone and reviewed Parlour, our local. We've been to Parlour loads of times as it's only two minutes from Bacon towers, but how come I've never had a burger before or even noticed it on the menu?
I popped in on Thursday lunchtime, they've really got shabby chic down to a tee, and I was able to take Sam the collie as well, he was very happy with that. I ordered a pint of Harviestoun Bitter & Twisted, a quite weak but decent session beer that was perfect for lunch time at only 3.8%. I really like the old school dimpled pint glasses, they have cute little half pint ones as well which are hard to get. 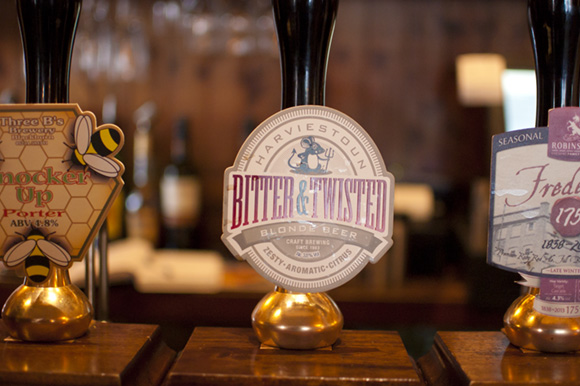 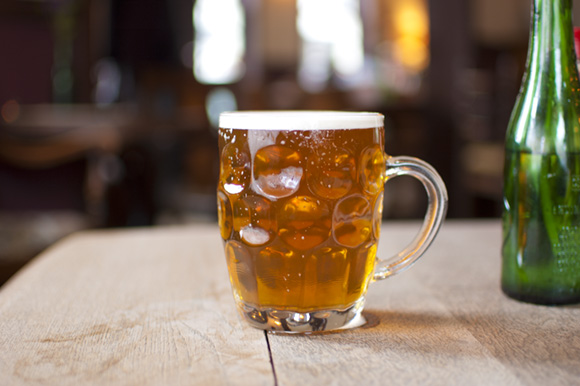 I  knew I was going to have the Handmade Beef Burger with Cheese, Caper & Gherkin Mayo, Proper Chips & Beer Batter Onion Rings (£10.75 + bacon £1.00 extra.)
When it finally came, it did not disappoint, with the bun from local bakers J B Richardson (you can see my review here,) which is just across the road, and the meat from Frosts, the two main elements were sourced very locally. The burger was lovely and juicy, it sounds daft to say this, but it really tasted of meat. Done just the way I like it as well. I also liked the gherkin and the mayo and it was definitely worth paying the extra pound for the bacon. 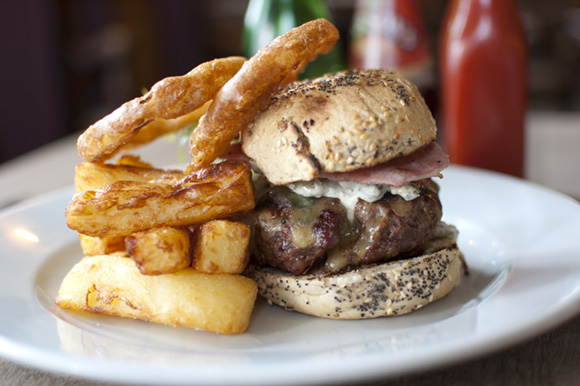 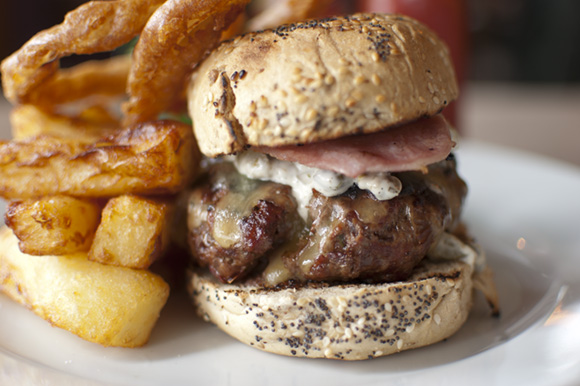 I was now eating Bacon on (the)beech (road!) 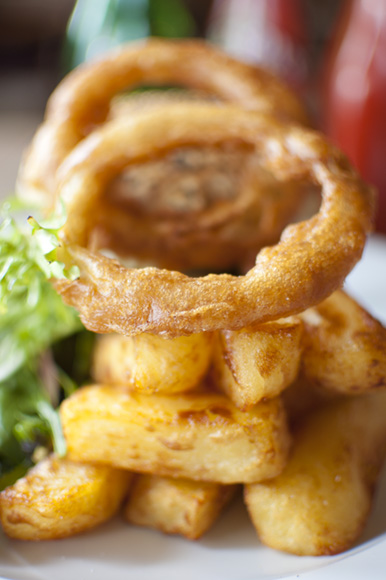 I'd always prefer thin fries to chips, but these thick chips were good and crispy and quite well done which is how I prefer them, as were the crunchy onion rings (I'm not normally a big fan.) 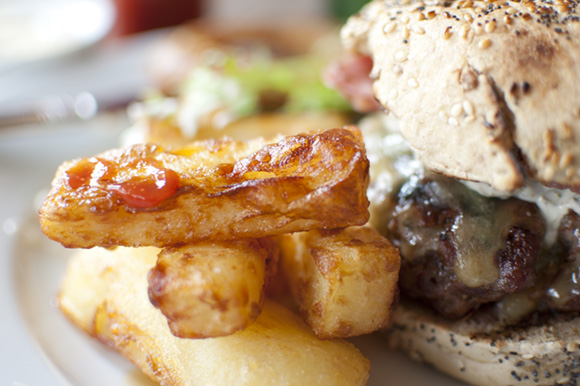 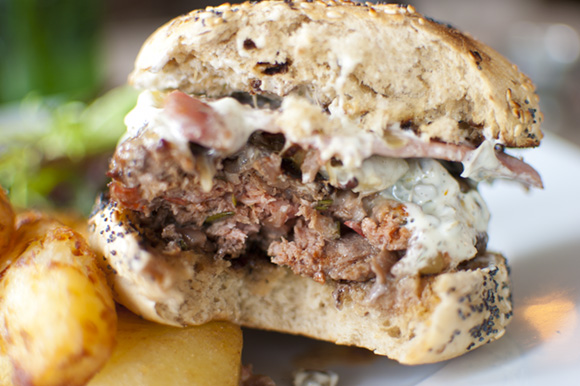 The bill came to £15.15 with a pint, and they bought me and the dog some water.
It was a lovely lunch.

I returned to Parlour a few days later for their Observer Award Winning Sunday Lunch with Mrs Bacon and my Mum & Dad. It opens at midday and we got the last table at about five past 12 - unbelievable! It's very popular, although you can reserve a table if your party is over 6 people. 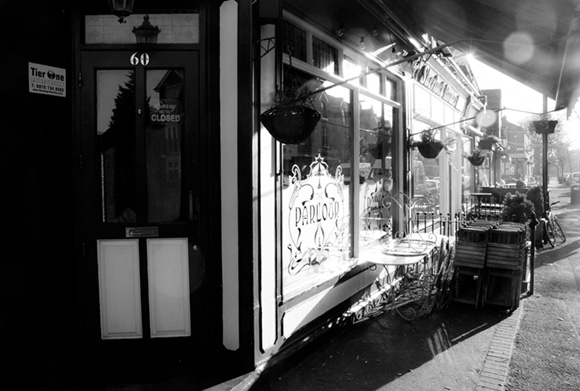 We started off with the Ham Hock & Apricot Terrine with Piccalilli (£5.25) which was pretty good, but the Mackerel Paté with Granary Toast (£4.95) was even better (I'd have preferred bit more paté though.) 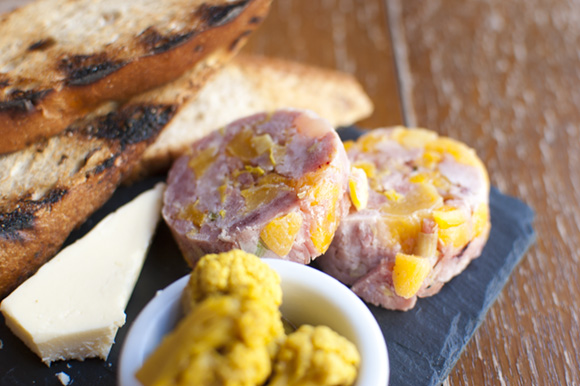 My dad said that his Sweet Potato Soup of the Day with Granary Bread (£4.75) was the thickest soup he'd ever had (this was a good thing for him.) Then came the Pièce de résistance; the Sunday dinner. We all went for the Roast Topside of Beef & Yorkshire Pudding Served with Roast Potatoes, Mashed Potato, Carrot & Swede Mash, Honey Mustard Roasted Organic Parsnips & Braised Red Cabbage (£11.95.)

Before it came Mrs Bacon was concerned there wasn't going to be enough gravy; we both like it swimming in the stuff, and if there's not enough, it's a gravy crisis. We ordered extra to be on the safe side. The massive dinners came, along with 2 extra jugs of gravy. Mrs Bacon was now worried we'd got too much as there was plenty on the roasts after all. "You better eat all that," she said. "No worries", I said. I love my gravy, and can quite happily drink it with a soup spoon. This was very good gravy as well, so I did.

The roast was big, the meat was good, the roast potatoes were lovely and crisp (I'd have liked another to be honest but I'm a greedy guts.) The mash was nice and creamy as well. Nicola Duncan the previous chef has gone to Damson in Media City, (see my review here, ) but the famous roast lives on, as it has done from the beginning. We didn't have room for a pudding. Our lunch came to £76.65 with a few drinks, which we all agreed was good value. 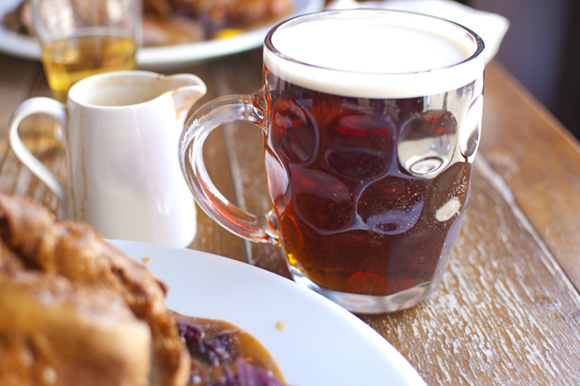 We left at about 1.30 and Beech road was buzzing, every table was full inside and outside despite it being February.  Another fine reason to be grateful we live in Chorlton, Parlour is real a winner with us. 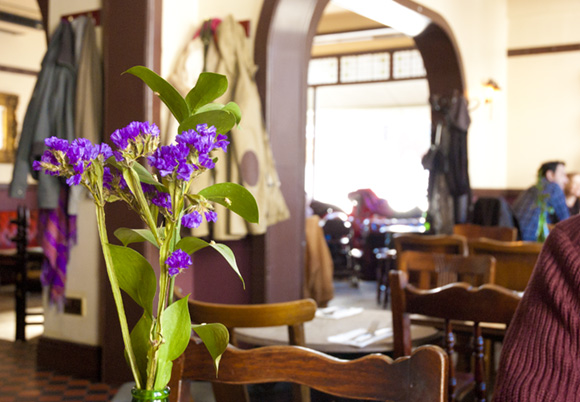 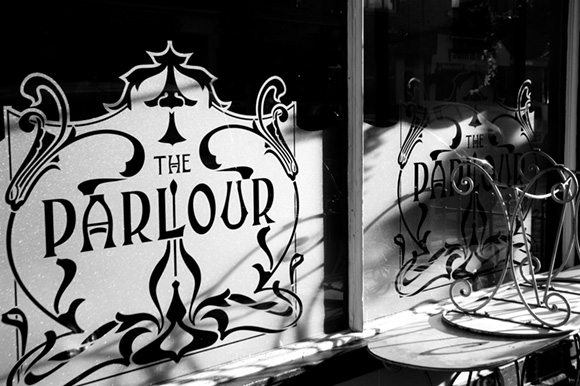 Follow @Bacononthebeech
Posted by Bacon on the Beech at 13:42