When a new restaurant opens in Manchester, it's nearly always an Italian. Why on earth would anyone open yet another one in an already hugely crowded market full of distinctly average Italian restaurants? It remains a mystery to me.
However, there was a really interesting opening on Thursday; the team behind Almost Famous, (Beau Myers, Jon Kirby & Marie Carter) were starting a new place with a Calexican style, 'inspired by a Vegas to Mexico road-trip'; Luck, Lust, Liquor & Burn. 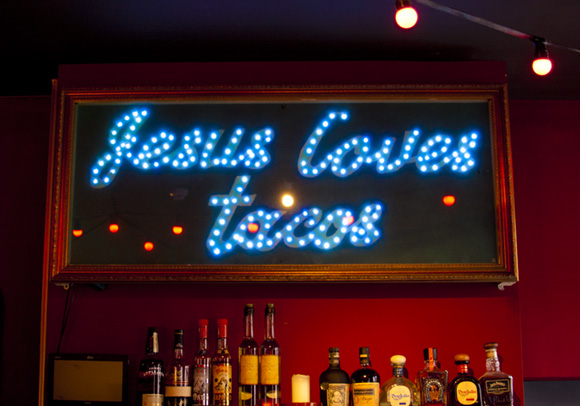 This was interesting for a few of reasons, firstly these guys have shown Manchester how to create hype and 'coolness' using social media to it's full effect.
I don't know why some people didn't like Almost Famous. We loved it. It was great fun and different, we'd not seen anything like it in our city before. People were queuing outside - for burgers; genius I reckon. To the doubters I say do you remember the 80's? No? Too young? Well I do, and it was for the main part pretty poor for restaurant choice and quality, as opposed to today (as I discuss here.) But most importantly, strip away everything else and what do you have? A great burger (using Frosts quality meat.) If you prefer horse meat you can always go to Burger King. 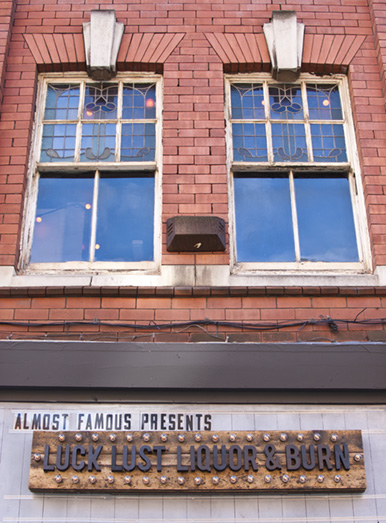 Secondly, and here's the genius part, we did not have a decent independent American/ Mexican restaurant, certainly nothing quite like this anyway.
So they've done what few others in Manchester seem to do for some reason - they've seen a gap in the trend driven market and dived straight into it. As with Almost Famous, they've taken elements from American eateries and brought them over here.
Like a lot of people, I love watching Adam Richman in Man vs Food (especially his knowing looks to camera whilst holding a burger the size of a barstool cushion.)


And I can happily watch hours of Diners Drive-ins & Dives, they're always going to Tex Mex places in these programs.
But I've never eaten it before. I've not even been to well rated London based chain Wahaca, which is more Mexican proper. So I was quite excited to try Luck, Lust, Liquor & Burn. I popped in on Friday lunch time to see what it was like.
It's next door to Almost Famous in the old Socio Rehab location in the heart of the Northern Quarter. Downstairs there's a bar, I sat chatting to the fellas in there, with a pint of their own brand beer. I decided to have a look upstairs. It's similar to Almost Famous with stripped back walls and quirky details. 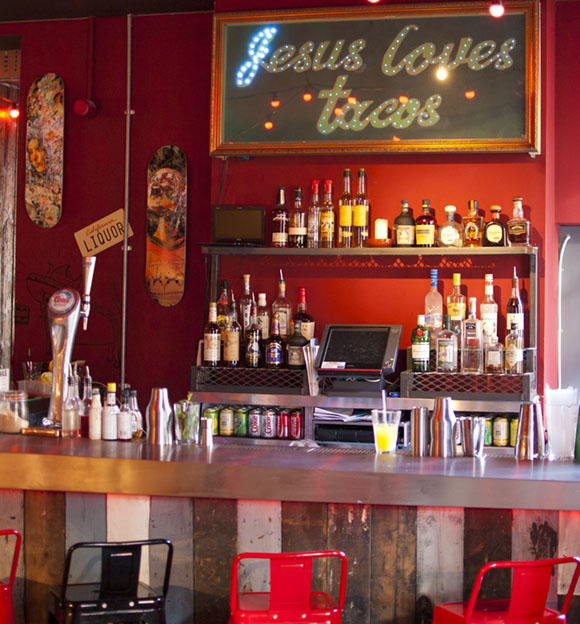 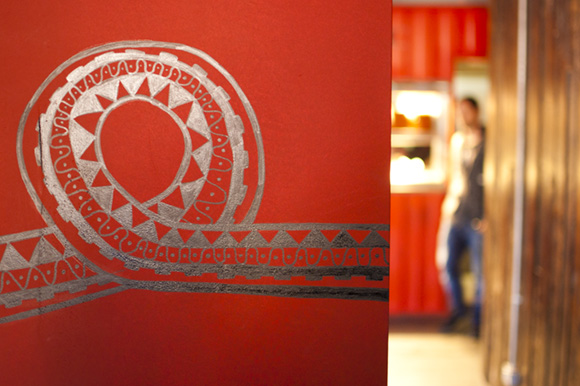 I ordered a portion of Buffalo Chicken Blasts: 5 spicy coated chicken breast pieces rinsed in Hot Buffalo BBQ sauce with cooling blue cheese dip (£3.50.) These were great little morsels, perfect with beer, the spicy heat a fine combination with the tangy cheese. Now I understand that funny line I heard somewhere; 'alcoholism; the only 'disease' that comes with Buffalo wings.'
I could very happily sink several beers in here and enjoy quite a few portions of these. 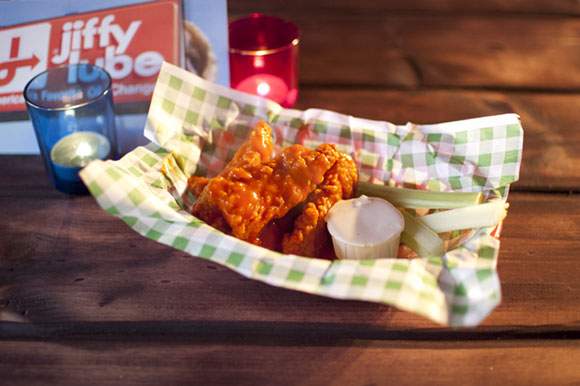 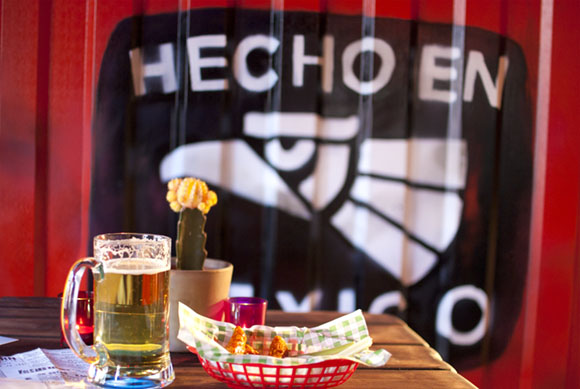 Next I got a Dirty Chicken Street Taco; cheese, pico de gallo, chipotle sour cream (£5.50) I dug in. It must have been good, I'm pretty sure I made that "mmmm' sound - out loud. 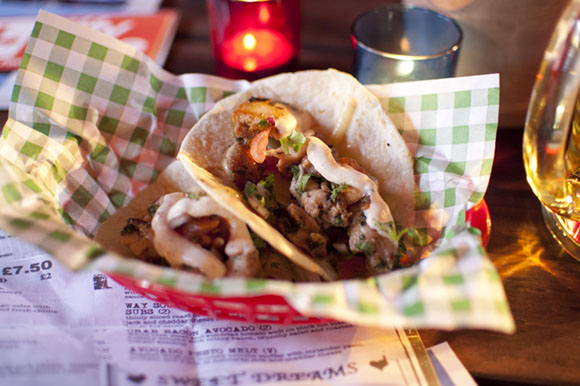 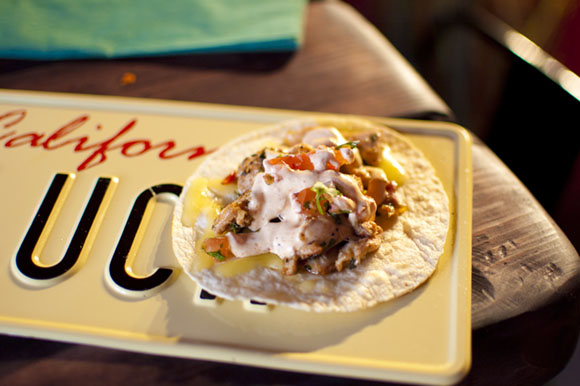 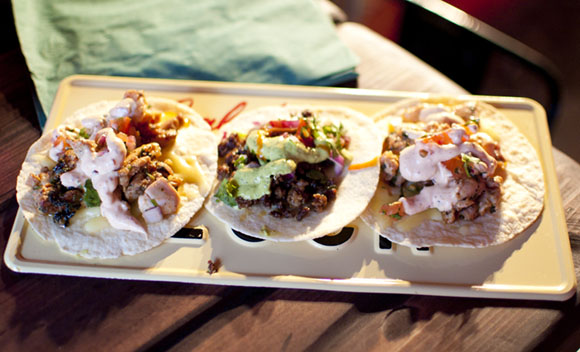 Like Almost Famous, I can see this place doing very well. They know how to create hype and interest, (which some others could learn from when opening,) but most importantly the food hits the spot. They've cleverly hit the crest of a trend wave, little tapas size bites to go with beers or cocktails is perfect for Manchester, it's how people like to eat in our city. You can graze in the downstairs bar or eat bigger food upstairs if you prefer. 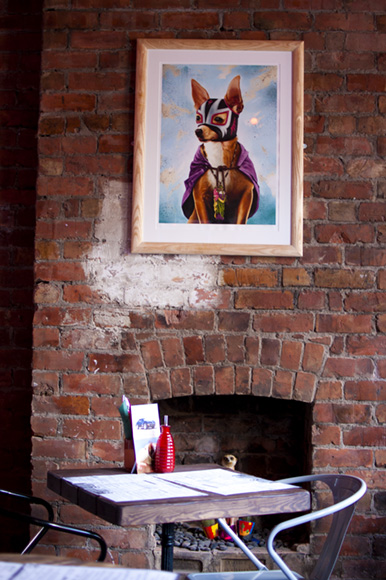 As I left to try and find The Northern Quarter's second opening of the week, Beermoth (a specialist beer shop,) I passed a big stream of people all coming in.  A very enjoyable lunch and sensibly priced. I'll be back, and Mrs Bacon insisted I take her next time.
This was shaping out to be a very good day indeed…..


Since writing this, Luck, Lust, Liquor & Burn asked if they could use some of my photos on their website and in American drinks magazine Imbibe. I was really thrilled, I don't think of myself as a photographer at all, just a creative person who can take ok photos. (I'm not really technical either, I just point and click.)
Another thing also happened, the amount of hits on the original review went through the roof. Over 2000 in two weeks. I don't take any credit for this myself, it's a well hyped opening after all, and this website along with Hungry Hoss were originally the only places on-line you could see the full menu as their website was not yet up and running. There was also a link to it from the Manchester Confidential website, which gets a lot of traffic.
Anyhow, Mrs Bacon was keen to try it, so we went on a very chilly Thursday evening as they were opening at 5pm. We bagged one of the two booths at the far end. (We love a booth, but then who doesn't.) I'd brought along my own menu (with notes!) so we knew what we were having well in advance. I had a few pints of their own German style Pilsner as we waited. 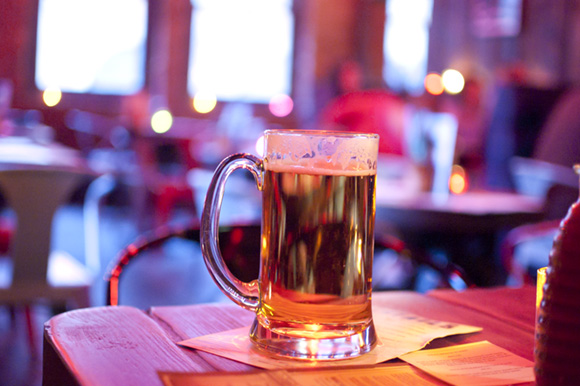 I must mention the staff. They've managed to employ the most friendly waitresses in Manchester, they really were charm personified. I was intending to take loads more photos, which I did, but it was quite dark in there with just candlelight, so most of the pics didn't turn out that well (photography aside I love a dark, cosy room, it just creates a nice ambience.) 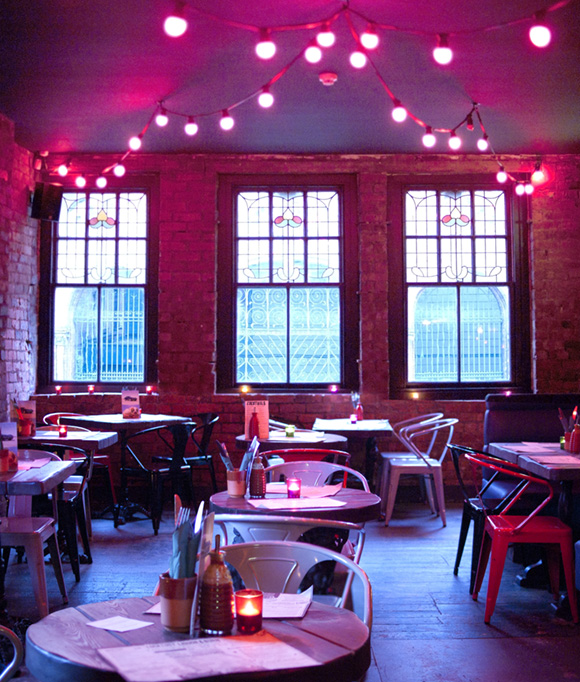 We started off with the Buffalo Chicken Blasts, one portion with Hot buffalo and the other with Hawaiian BBQ which we thought just edged it. The cooling bleu cheese is just the best thing though. We also had the Street Tacos; one dirty chicken and two shredded beef (you normally just order one type but we managed to mix and match.) We both preferred the beef. Mrs Bacon really loved these. We also had the guacamole (£3.50) which is smashed at your table.
Me and Mrs Bacon are always nosing at what other people on other tables have ordered, but the beauty of food bloggers on the internet means that we can see what everybody else had as well! I couldn't begin to compete with super blogger Hungry Hoss and his Man vs Food style Tapout Burrito. But when I saw another blogger had enjoyed the Sloppy Juan Burger (£9), I knew I was having that. It was really lovely, proper juicy as well. Mrs Bacon wasn't quite as into the Alabama Bone Suckin' Slammer Burrito (£7.50.) I think it was the overpowering bbq sauce, I liked it, but it is a strong flavour that you either love or you don't. 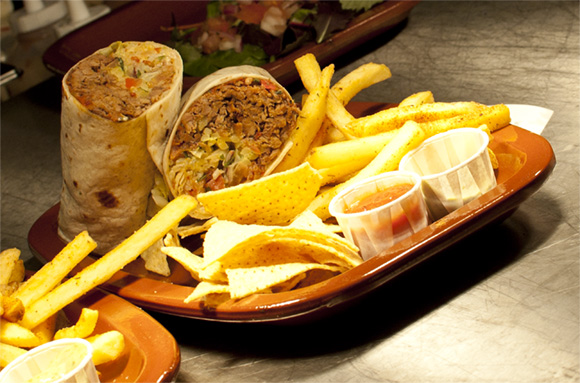 We were getting really stuffed now, but our second stomachs were empty, the OC Cheesecake Fantasy (£7.50) was just the ticket. It was a very tasty dessert, the blood orange segment was a real surprise.

We finished off with a cocktail each (Mrs Bacon had a mocktail as she was driving.) I had a Break for the Border (£7) El Jimador Tequila, Elderflower, Nettle Lime Mint, Tonic & Long Frappe which was a perfect way to end the evening, the mint settled our very full bellies. We left a busy restaurant extremely satisfied and out into the freezing cold night. 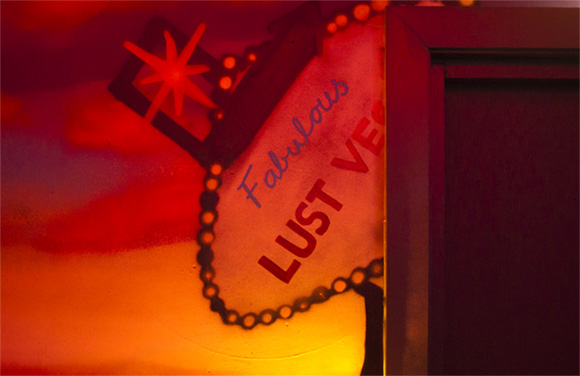 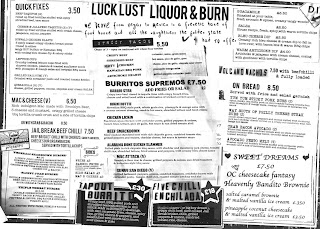 Follow @Bacononthebeech
Posted by Bacon on the Beech at 08:52