I go to bed in the week after eating a salad, chickpeas or something healthy Mrs Bacon's made me eat that evening and watch about 3 or 4 episodes in a row of Diners Drive-ins & Dives or Man Vs Food. It's getting to the point where I now go, "Oh I've already seen this one", it's the one where he eats a spicy pulled pork sandwich covered in deathly hot 'Shut Up Juice'. (Which I've seen at least three times.)
Consequently I dream about the food I really want to be eating like Burgers, Pulled Pork or anything 'bad' for me, which I have to save for the weekend. 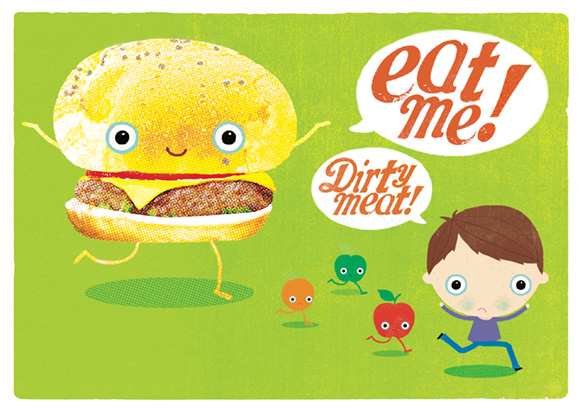 So it was a real treat to return to Almost Famous Burgers on Friday.
Everybody's been to Almost Famous now haven't they? Even some London food bloggers have been up, and wasn't it trending on twitter the other day? If you've not been or have not heard of it, where the hell have you been? Under a rock?
Like I said last week, on my report of a fantastic lunch at sister place Luck, Lust, Liquor & Burn, they've made a template of how to open a restaurant in Manchester in these times using social media and creating a successful 'cool' brand, with the unmarked door etc, people want to buy into it.
However, it's not all a facade; they back it up with some fantastically dirty burgers at pretty decent prices for the Northern Quarter. They've been influenced by Meatwagon/Meat Liquor in London, who themselves were inspired by US places like Bobcat Bite in New Mexico, and Hodad’s in San Diego.
I went with Mr. Kane and the boys from Cahoona. We weren't intending to go there, but they lured us in with burger porn on twitter that morning, and like moths to a flame we hastily altered our plans.
At 12.30 on Friday lunchtime there was a queue to get in, every table was full. Where else do you get that? If I was a restaurateur I'd be ripping them off in a second.
I got in past the friendly bouncer and waited in the scrum at the bar. Despite it being what you may think of as a 'too cool for school' place in the Northern Quarter, everyone in there was surprisingly nice, the staff and the other blokes waiting (it was mainly blokes,) were all so polite. It was all a bit 'after you, no after you.' It's very English, I don't know if it's a bit more hectic later on as I've only been in the day/early evening.
I asked if they had any specials left like those I saw on twitter that morning.
He said he'd got the last two left and he'd put them on one side for us. I clutched the bit of brown paper he gave me like Charlie with his golden ticket. (despite it not being a ticket at all - it was just a flyer.)
Two of our party got the standard Almost Famous Burger, and us two lucky ones (me & Ben) got the limited edition Hulk Hoagie; Double smoked cheese burger, herb roasted beef topside, hand cut potato crisps, fennel slaw mustard & horseradish mayo topped with grilled cheddar. (£10.)
It was a bit of a wait, but they were very busy. When they came, it was worth it.


Almost famous have said that these were the best thing to come out of their kitchen. They weren't wrong. 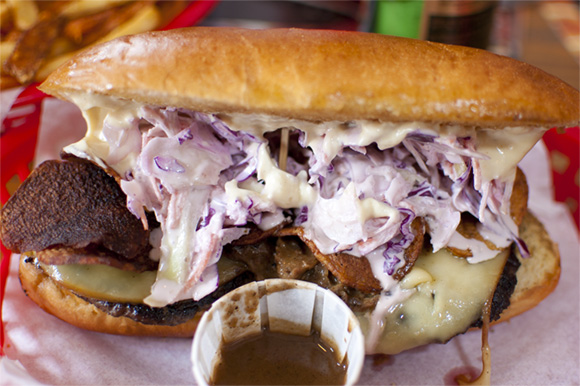 Oh my god, they were good. When eating is this gratifying, I go into a kind of trance, and like all really enjoyable things, you don't think about it when you're doing it, before you know it, it's gone. I can't actually remember eating it. But I know it was really great.  It was a big and messy affair and it had to be devoured immediately with some relish. It's so wrong, but it feels so right. 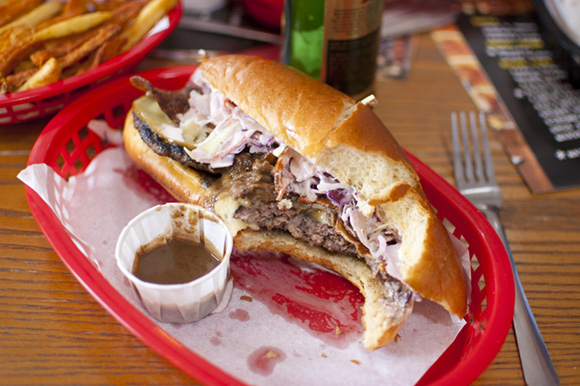 We also had the Trailer Trash Fries and standard Winning Fries. 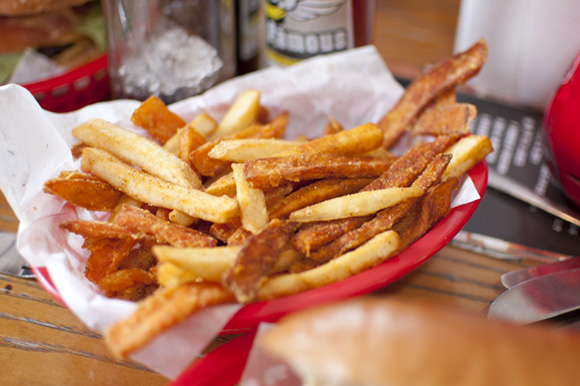 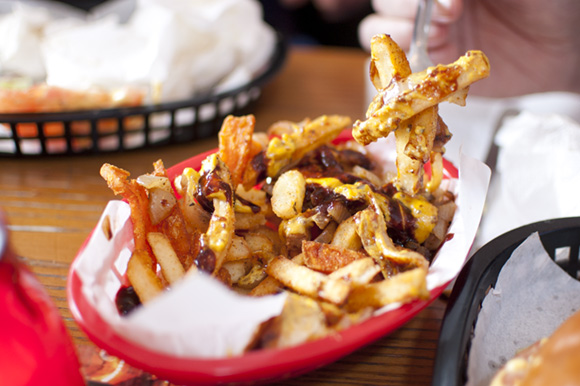 I'll probably be dreaming about this burger next week when all I've got for my tea is some bloody lentils. 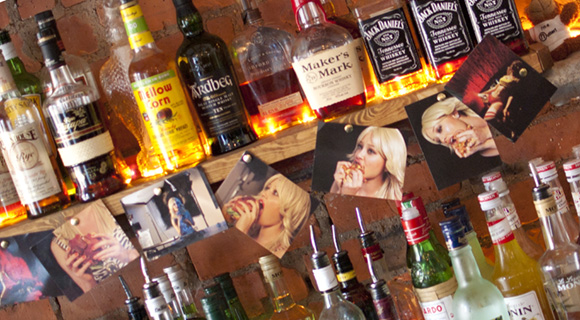 Follow @Bacononthebeech
Posted by Bacon on the Beech at 10:36