The Great Stout off: Britain vs Belgium.

I noticed I had a couple of beers left from my Christmas stocks. A bottle of one of my favourite British brewers Redwillow and their Fathomless Oyster Stout and the other a Black Albert Stout by Belgian De Struise Brouwers.
I thought it'd be interesting to compare them:
The first, Fathomless Oyster Stout. I was looking forward to this, but from the moment I opened it and poured it, something was terribly wrong. It was totally flat without any liveliness in it whatsoever. It had zero head, I've never seen this before in a beer, surely it's a faulty batch?* I persevered on, after all this cost me £4.10, since when did take out British beer cost more than a pint in a local? It turns out that Oyster Stout is supposed to have oysters in, I've never drunk one, and luckily this one had no discernible taste of oysters whatsoever, I can't imagine that it would be pleasant anyway. (But I'm prepared to give it a go.)
Surely it shouldn't be this flat? It tasted ok though, thin & jet black, drinkable but not that bitter. In conclusion a bit of a disappointment, I've had much better stouts, and much better beers from this brewery. 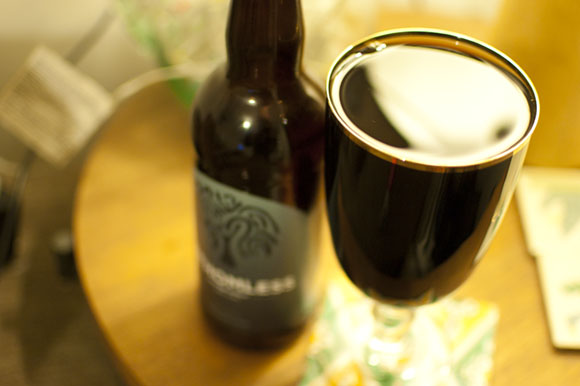 I should have maybe gone for the Thornbridge Imperial Russian Stout, to compete against the next beer, as Belgium's De Struise Brouwers Black Albert (Batch 0) was literally a different kettle of fish from the off.
It poured a lovely lacy beige head, and the taste was intense, like being punched in the face by a black velvet glove. Bitter dark chocolate, roast coffee and a pleasing lingering dry hoppy taste, this was one of the best stouts I've had in ages, if not ever.
Yet again Belgium beats the UK with ease, (though to be fair the British Redwillow is a standard stout in strength, whereas the Belgian is a super strong Imperial.) 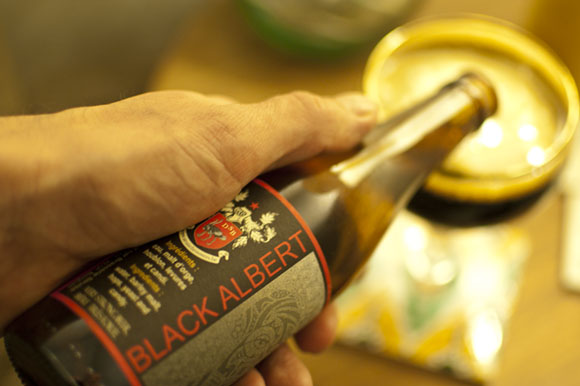 Black Albert
9/10
ABV 13%
Bought from Beer Planet on-line, Brussels and posted. Difficult to source in the UK
Originally brewed exclusively for Ebenezer's Pub in Lovell, ME, USA. Follow @Bacononthebeech
Posted by Bacon on the Beech at 18:06