The Cost of Food


I think it's because we all have to eat and balance our budgets, that everybody has strong opinions on the emotive subject of food prices. Frosts our local butcher has had their biggest week ever last week, in the wake of the Tesco Horse Meat scandal. Taking out the issue of horses for a moment, what did people think would be in meat so cheap? It's not going to be good what ever animal it is. Many consumers in this country are so used to buying industrialised cheap food, they've lost sight of how much things really cost. It's better to eat meat less often and buy quality or choose cheaper cuts from your local butcher than to buy supermarket industrially processed garbage.
How about restaurant food though? A complaint I see regularly when looking at Tripadvisor reviews is of meals out being too expensive, and especially people going to a pricey 'posh' or Michelin starred restaurant for the first time thinking it was "not worth the money."  The same old clichés are often used like; "if people are daft enough to pay these prices", and the old chestnut, 'the emperors new clothes' etc.  Also people often accuse us so called 'foodies' of being snobs. (A love of food is definitely seen as a middle class thing in Britain as opposed to the Mediterranean countries, France Spain and Italy, where everybody wants to eat well, and loves to discuss it at length.) 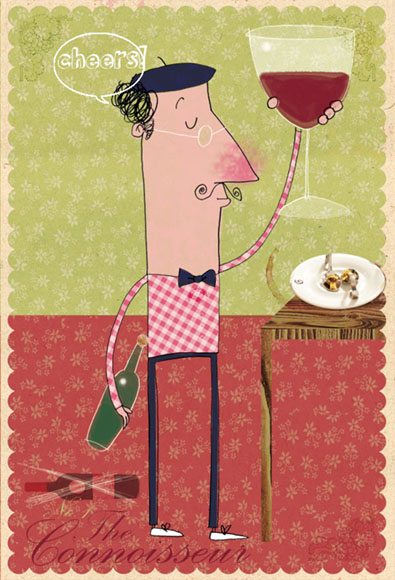 They just don't get it. Most of us who really love food, love it at every level from the bottom up. I enjoy an occasional quality donner kebab from Panicos. Guardian food writer Jay Rayner often discusses this; the so called 'guilty pleasure' in sometimes eating trashy food.
At the other end of the scale, a friend of mine got irate with me for suggesting he try a Michelin star meal at L'Enclume just once just to see what it was like. He said it was a "total waste of money spending so much when people are starving." We all hired a cottage in Cartmel, and they came along.
So although he could afford it, he refused to come with the rest of us (and had the meal of our lives.) Him and his wife stayed in with an M&S £10 meal deal.  He just couldn't cope with it costing that much, so wouldn't have enjoyed it. If it's 'right' or 'wrong' to spend so much is a personal judgement of course, it's neither right or wrong. For me, I'd already got over the expense of it, I was concentrating on the sheer selfish pleasure of indulgence. My friend didn't mind we were going there by the way, he just didn't want to himself which is fair enough. Many people have an amount of money in their heads that they want to spend, and anything over that would be a waste, which is good housekeeping I guess, we all have to balance our budgets. Of course, in these austere times, most do not have the luxury of spending so much on food.
Just going to a 'posh' restaurant seems to irritate other people (such as work colleagues.) They seem to think we're doing it 'for effect' or getting 'above our stations' or just being snobby to show off. What people don't understand they often try and knock. Why would anyone pay such large amounts of money just for a meal out?
Dine at anywhere like L'Enlcume, and you can easily see where your money is going. First of all, you're paying for the experience as a whole. The staff and service; there are so many waiters attending to your every need in a Michelin star restaurant, and they should all be paid the going rate, plus all the chefs in the kitchen that are needed to create such a high quality meal.
It's like a footballer, the best in the game get paid more, as it is for chefs. If one of the best chefs in the country Simon Rogan is cooking for me, I'd expect to pay the amount which he is worth which is obviously a lot more than going to my local Nandos.
And of course the exquisite food that's being created costs more in itself. It's like everything in life, most times you pay for what you get. Obviously this is not always the case, many bad reviews are down to the fact that if prices are high, so are expectations.
I'm not rich by any means; my hobby, (more like obsession) is eating as well as I can for the money I have. Finding good value restaurants, and occasional splurges to Michelin starred restaurants when I can afford it. I don't want to spend that much to be honest, but I enjoy quality food that much that I have to swallow the cost (literally) and just enjoy.
I wouldn't dream of buying a personalised number plate for instance, that to me is the ultimate waste of money for something that's pure vanity to show off to strangers you'll never meet. But I wouldn't lecture others that they are daft spending money in that way. It's their money, to spend as they wish. If they get pleasure out of it, who am I to judge?
So why is food so different? Because we all have to eat that's why.
And people have difficulty accepting that a real love of food and eating out well is worth it for us, because of the sheer pleasure it brings us.
And life without pleasure is hardly worth living at all. Follow @Bacononthebeech
Posted by Bacon on the Beech at 09:39