I took my parents to Thai Spice a few years ago. Despite them never having eaten Thai food before, my Dad declared it the best meal he'd ever had!
When we were kids, and were taken for the occasional meal out on holiday in Torquay or Ilfracombe my Dad's mantra to us when choosing was always: "stick to what you know!" So when my sister chose something 'exotic' like Duck a l'orange and consequently didn't like it, the old saying would come up: "I told you, stick to what you know!" My Dad has been eating apple pie as his pudding of choice for about 40 years. They will always try something new though, and it was lovely to see them enjoying their first taste of Thai food. 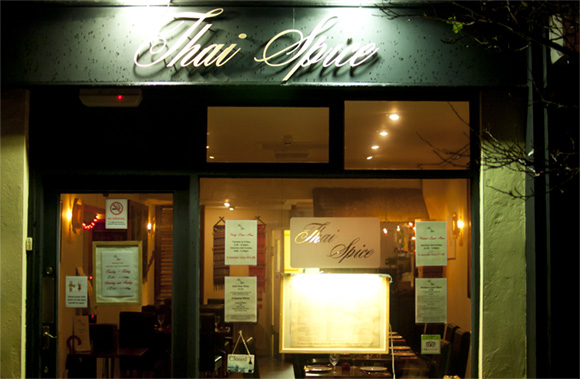 When I eat Thai or Chinese, my Dad's old mantra comes up in the depths of my brain, and I often end up eating the same dish. At Thai Spice it's the Gaeng Panang. We don't go to Thai Spice regularly, but when we do, I always say, "why don't we come here more often?" It's a nice little place on Beech road, and on Saturday evening when we went, every table was full. 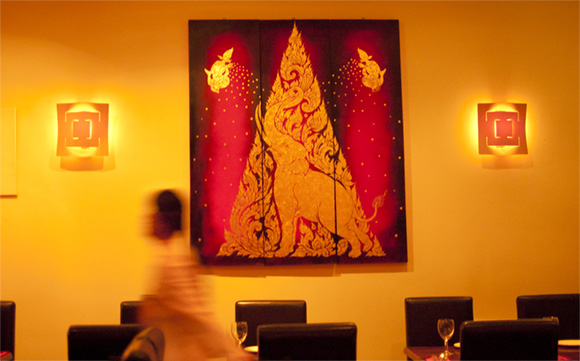 After the bowls of prawn crackers, we settled on the Thai Spice Mixed Starters: Chicken Satay, Spring Rolls, Pork Spare Ribs, Prawns on Toast, and Golden Triangles with a selection of Sauces (£13.95 for two.) Unlike yesterdays debacle at Olive & Thyme (I may get over it some day though I doubt it,) it's pretty good value for sharing. We especially like the spare ribs with their sweet & sticky sauce, and the meat falls off the bone.

After a bit of a wait, our mains finally arrived. As I say, we always have the Gaeng Panang (Thick Red Curry with Coconut Milk, Peppers, Kaffir Lime Leaves and Sweet Basil Leaves; £8.75 for the chicken version.) I wish I'd have noticed that they do it with duck for £9.45, the chicken for me tasted too processed and dry. Same with the prawns, in some Chinese-Thai-Indian restaurants the prawns tend to be over cooked & become rubbery, so we avoid them.
The real draw here though is the sauce. That slight heat and fresh clean taste of the Kaffir leaves and lemon grass with the sumptuous creaminess of the coconut milk is unmistakably Thai. We got ours with Kao Suay: Steamed Thai Fragrant Jasmine Rice (£2.50.)


One  reason that we don't come here as often is that I get slightly irritated with the high mark up on the Tiger beer. As already discussed in earlier reviews, this is where restaurants really make money. But if you're drinking several beers over a meal like me, costs really do mount up. (It's around about £3 for a small bottle which to be fair is fairly standard in restaurants.) I probably go to average Indian Impress over the road five times for every one trip to Thai Spice. Why? Because it's BYO and so is a whole lot cheaper.
The 3 types of Ice cream looked good, you could see little black specs of vanilla from the inside of the vanilla bean, but it just tasted mainly of cold. I found a Glacé cherry, I've not eaten one of these since the 80's!


Half of the table thought the Banana fritter served with ice cream was the work of the devil, half were looking forward to it all night, (including Mrs. Bacon) it's one of those; you love it or hate it. They loved it.

However when it comes to Thai Spice, we all enjoyed our evening there. It is what it is, a cute little local neighbourhood Thai restaurant and none the worse for that. 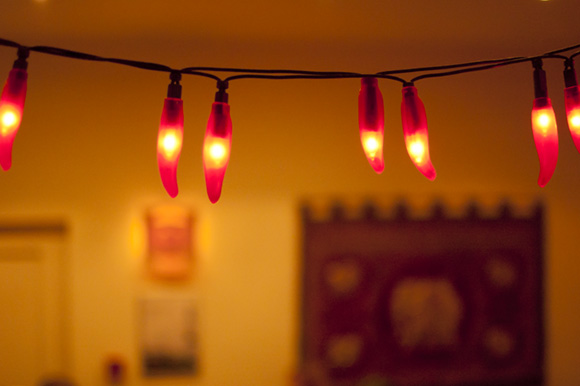 Follow @Bacononthebeech
Posted by Bacon on the Beech at 16:31