Het Anker are one of my favourite Belgian Brewers, their Christmas beer Gouden Carolus Noël is one of my Desert Island Beers, so I was keen to try this particular version of the Gouden Carolus brand. It was first brewed in 2008 to celebrate the 10th anniversary of the Cuvée van de Keizer (Blue) a strong dark beer. The bottles look the same apart from one has a blue stripe, the other a red. As with all the Gouden Carolus beers it's 100% natural with no chemicals or preservatives. It only comes in a large corked bottle. 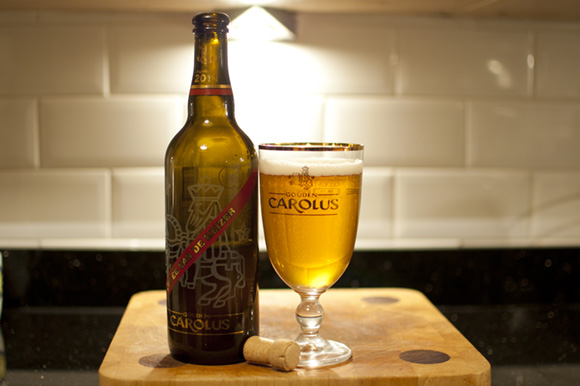 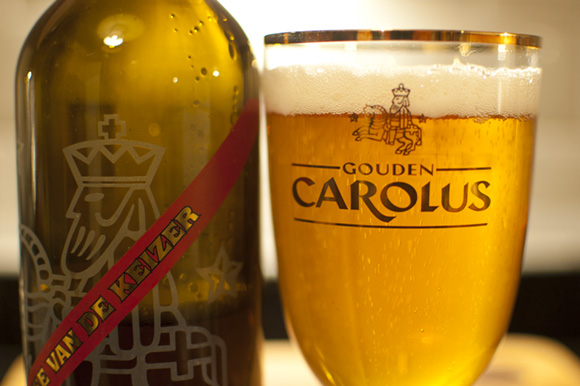 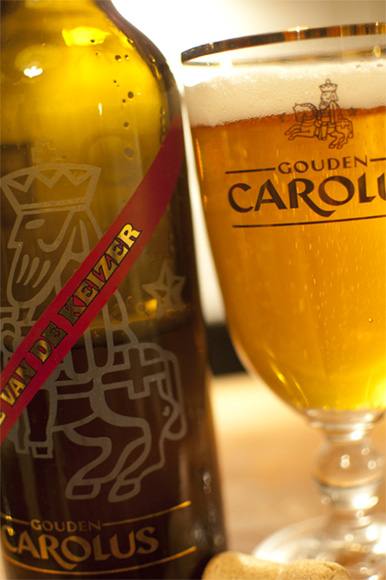 As soon as I opened it, I knew I was going to love it. It's pours a beautiful golden colour with a white head. It's my favourite sort of ale; blonde, strong, spicy, complex, bitter and dry. But each element is balanced perfectly to create a deliciously strong brew. It's the epitome of a Belgian Tripel. Even Mrs Bacon liked it, she thought it tasted of pear drops.
One of the best new tastings I've had for some while, beer does not get much better than this.

Follow @Bacononthebeech
Posted by Bacon on the Beech at 13:34