Benchill, Wythenshawe is one of the biggest council estates in Europe, it's a poor area with a high crime rate. So how did I end up trying to source a bottle of Margaux Grand Cru Classé 2004 from the Aldi in nearby Baguley in Wythenshawe?
Well because it was a massive bargain, that's why. This wine normally retails for £43.82, but Aldi were selling it for half that. But they only have a small stock of bottles that bargain hunters know come out into every store at 9am on a certain date (normally on a Sunday and a Thursday.) But I wasn't too worried, nobody in Wythenshawe would be buying expensive vintage French wine would they?
I casually turned up the following day, cock-sure with my secret knowledge.
"Some lady came in and bought the lot yesterday morning" They told me.
Of course, since I couldn't get it, now the only thing I wanted in the whole world was that bottle of wine. Then I had a brain wave. I called my mum in Stoke. They were going to do the big shop tomorrow, and there was an Aldi opposite Tesco's. I went over the wine details several times to make sure they'd get the correct one.
She got a bottle, which we called a Christmas present.
Result! A mate of mine went to Wrexham to get his bottle!
I wouldn't normally spend over £20 on wine, let alone £40, I just can't afford it. But I try and buy well for my budget (about £7-£8) and keep an eye on reviews, supermarketwine.com is a great resource, as it collates all the newspapers wine columns for each supermarket.
So what's the Margaux Grand Cru Classé 2004 actually taste like?
Surprisingly smooth actually. But, judging by taste alone, I would never have guessed that this wine normally retails at £43.82. (But like I say, I don't drink wine that's worth £40 a bottle often.)
It has a really pleasant savoury character that would be enhanced by red meat, it's full bodied, but is not too heavy or harsh. It has smooth tannins and is fragrant. It was very easy drinking sitting by the fire watching people on the TV news struggling in the snow. Could there be anything more cosy? 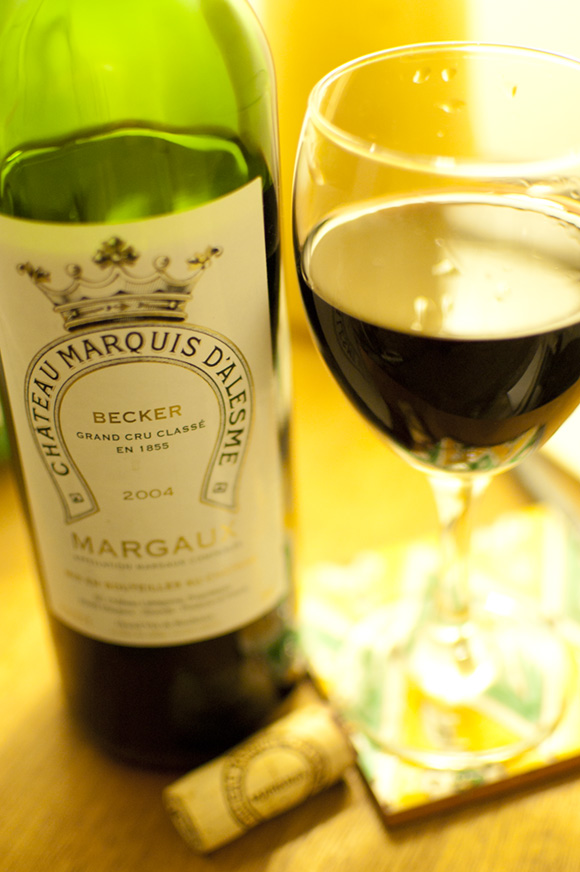 Despite us not having any dessert, we decided we were finally going to open the bottle of Tokaji Aszu 6 Puttonyos 2000 which we picked up from the same Aldi for £17.99. Mrs Bacon wisely does not like spending her hard earned money easily, so I was surprised that she bought this wine, without grumbling, but we've got into dessert wines recently, and this was another bargain that we could not pass by. According to the press release this wine "is a 'rare and celebrated Hungarian dessert wine which stunned wine critics when it won a GOLD medal at the 2012 International Wine & Spirit Competition. The usual market price for such a quality product is around £68.75 with some of the high-end retailers including Fortnum and Mason and Selfridges only selling an inferior 5 Puttonyos Tokaji for £23.50 and £34.99 respectively."
Well that certainly convinced us.
After we'd drunk the Margaux though, I was having trouble getting this out of it's little wooden box, it was like a game of jenga or one of those IQ tests. Either way I was failing horribly as I normally do with these things. I was just about to get the hammer to it (my go-to solution) when Mrs Bacon stepped in to open it, pulling the little wooden slot up to release it.
What's the Tokaji Aszu 6 Puttonyos taste like?
The first thing you get is the sweetness. It's so sweet, it's like concentrated tropical juices, ripe buttery apricot, mixed with one thousand 1970's kiddies sweeties pineapple cubes liquidised. We loved it, but it really needed a pudding, and we didn't have one. "What about fruit?"suggested Mrs Bacon? "Fruit shmoot" I said, she's always trying to make me eat more, it's a chore, and this wine deserves better than that.
Luckily, dessert wine keeps for years, so we have this wine to look forward to next time. 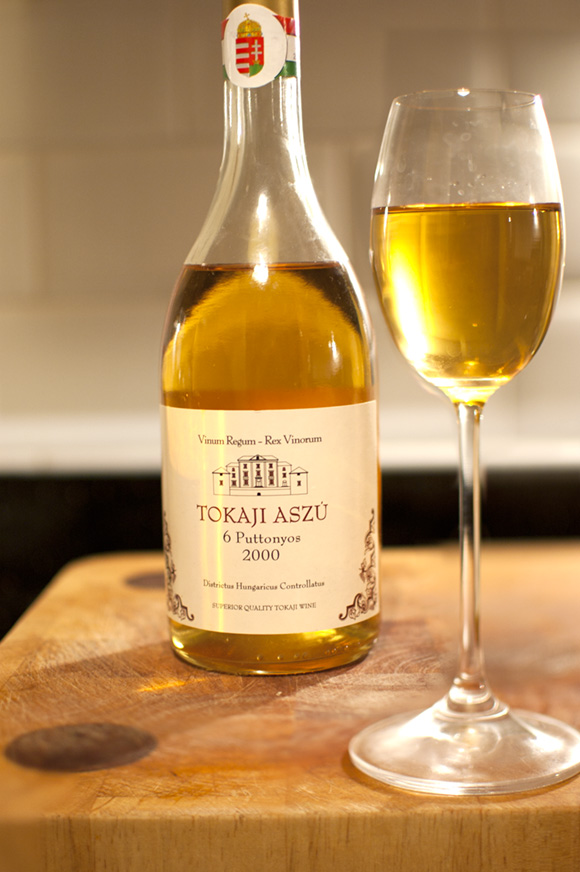 Region:  Hungary, Tokaji
Price:  £17.99
Grapes:  Blend; 75% Furmint, 25% Harslevelu
ABV:   11.5%
Closure:  Cork
Scores on the doors: Superb 9/10
See also my review of the Aldi 1973 Vintage Bordeaux Napoleon Brandy, which is still currently available in some stores, these two reviewed above have long gone. Follow @Bacononthebeech
Posted by Bacon on the Beech at 15:25