Why do British supermarkets sell such terrible bread? Asda has to be worst, the so called Baguette should be had under the trades description act, it's soft doughy and spongy and not a bit crisp and crunchy like it should be. Here on Beech road we have it very good for bread indeed. Etchell's the newsagent sell a large range of Barbakan bread including the cheese & bacon bread (this is the crack cocaine of bakery, as soon as I've had one slice, I know I will have to devour the rest.) Then there's J. B. Richardson, a wonderful traditional bakery, I'm a huge fan of their granary as well as their pies & pasties. Their bread is baked on the premises, so if you walk past in the morning you can smell it in the air.
We now have a second bakery on Beech road. Epicerie Ludo make their bread in house as well.
Remember being in Paris and buying a baguette or ficelle well, anywhere and thinking, why can't we get bread like this in the UK? Well on Beech road, we can. The ficelle from there is absolutely superb, (as is the rest of the bread) It's just like the baguettes you get in France, thin and crispy and light, giving you that satisfactory crunch when you bite into it. 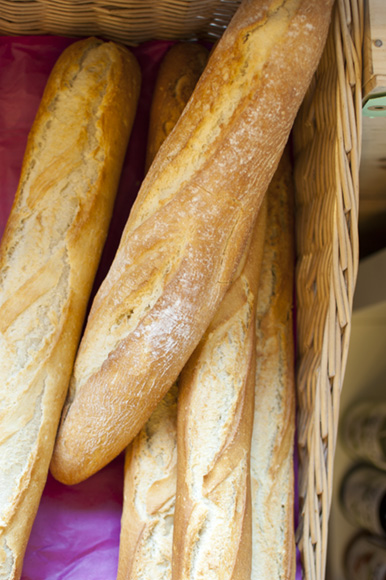 Bread this good doesn't need anything else, just real butter.
Epicerie Ludo has just celebrated it's first birthday and it's really gone from strength to strength. It's shops like this that make you really happy and grateful to live on Beech road. Imagine living in so many other places and there's just a crappy local Spar selling industrial long life bread? 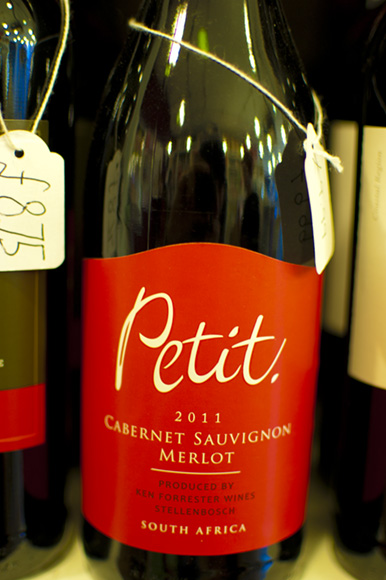 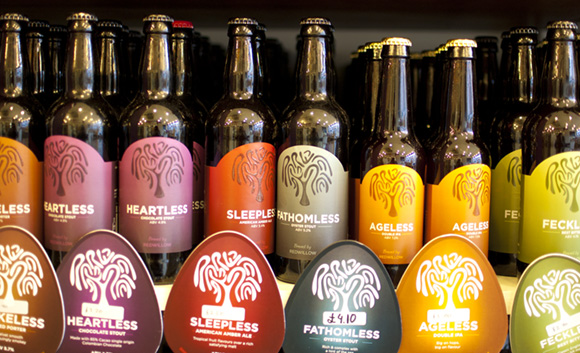 At Ludo, they sell just about everything that you want a deli like this to sell. As you'd imagine the wine selection is superb as Ludovic Piot the owner, used to work for Nicolas wines on Deansgate, so he hand picks everything himself. The shop has also starting selling a good range of the excellent and well rated Redwillow, from Macclesfield, Cheshire as well as a decent selection of Marble Beers. (I'm still hoping they may go with my idea of Belgian beer, as there's nowhere in Chorlton that does this since the sad loss of Belgian Belly.) 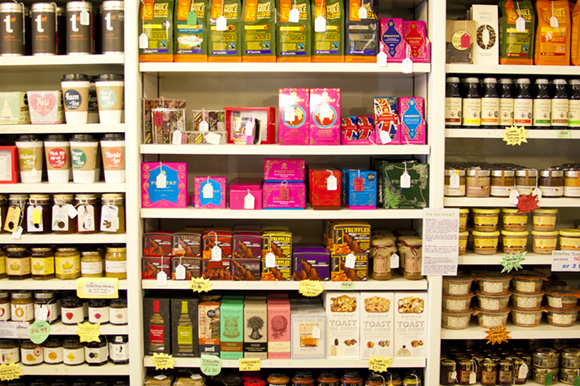 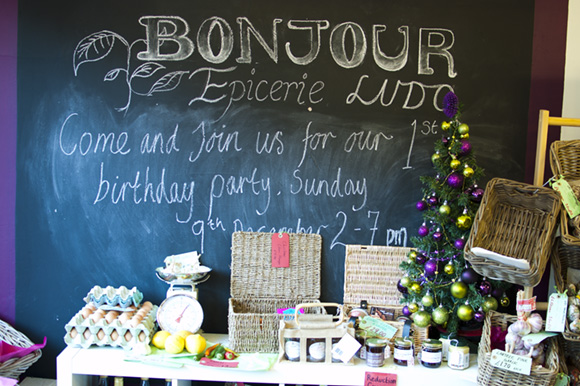 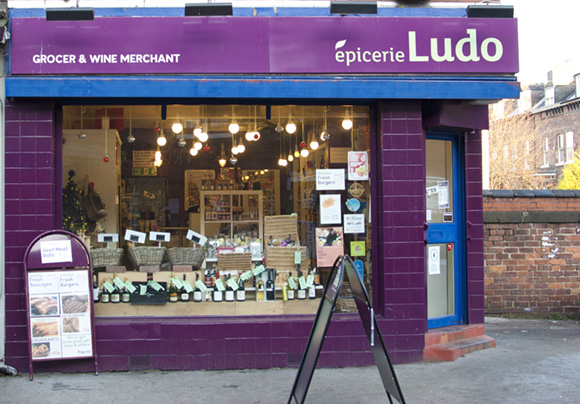 The shop is so well stocked from store to ceiling with stuff, and it looks so beautiful and colourful inside, the only thing is though, the outside colour and logo isn't working for me, that purple doesn't seem to fit with a French deli look, and the typeface looks incongruous to my eyes (reminds me of the down market Nisa brand which is not what you want me to be thinking when you're running a quality delicatessen.) For me, the design should shout out 'quality' which is what the shop is. However I work in the design field, and so I'm quite fussy about these things. 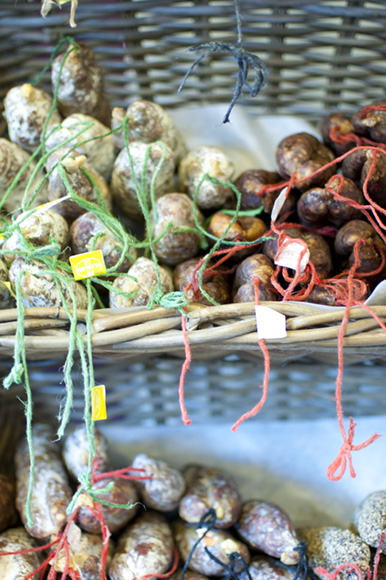 They have a great selection of saucisson in loads of flavours including walnut, herb, black pepper, pork, smoked pork & hazelnut. The cheese choice is also excellent and very much stays with the French and European, they have brie, goat log, comte,  manchego, parmigiano regano, bleu, auvergne and coeur de neufchatel. Also in the fridge section are artisan pies & sausages and meatballs.  How about stocking a small range of artisan British cheeses to compliment? My suggestion would be Little Black bomber*, (see post below) there's also some wonderful local Cheshire and Lancashire cheeses that would compliment the local ales they stock. 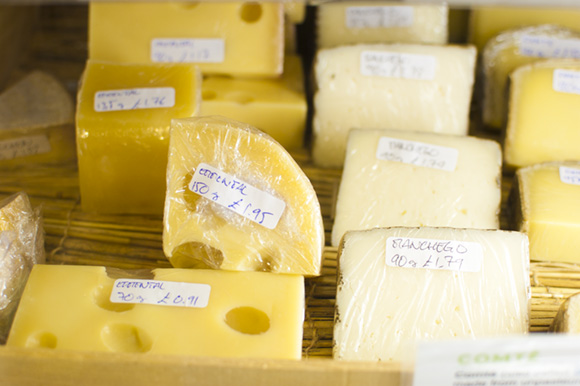 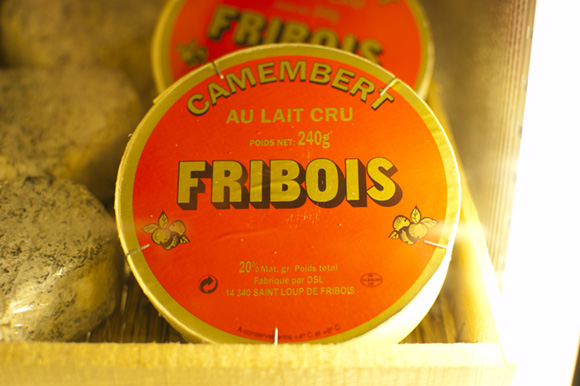 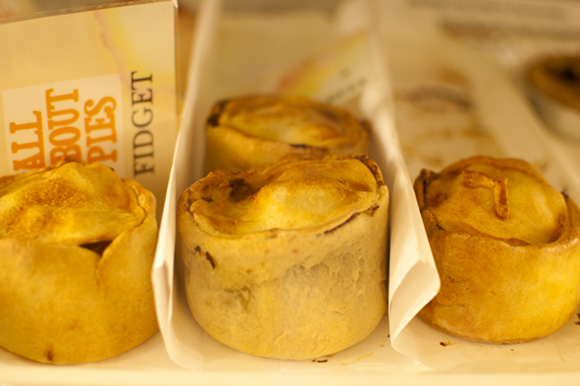 There's also loads of other stuff, gifts, jams and chutneys all nicely displayed and presented. 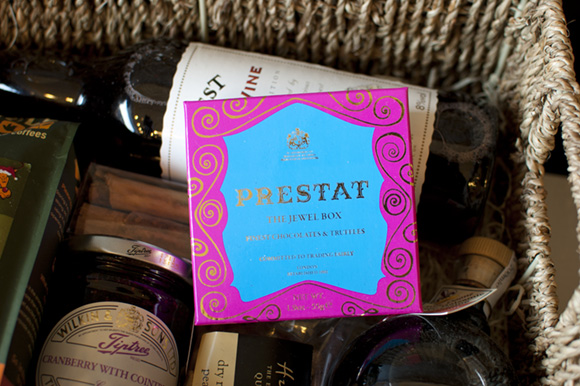 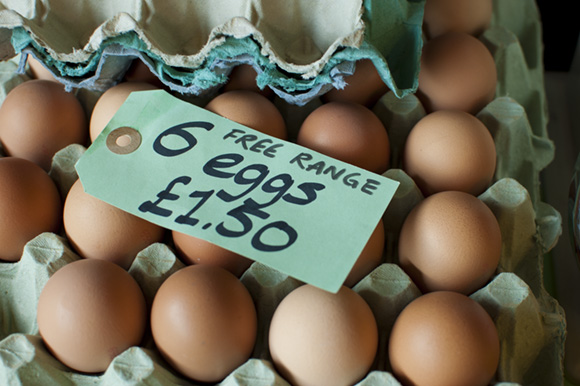 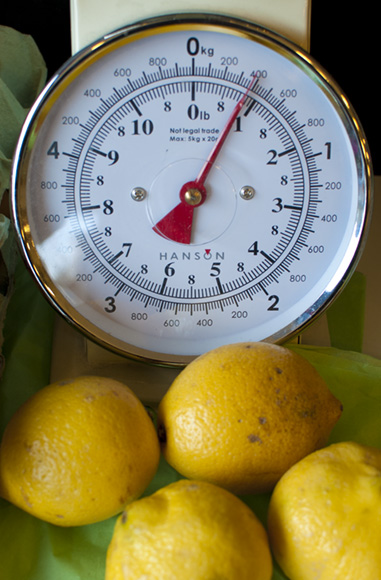 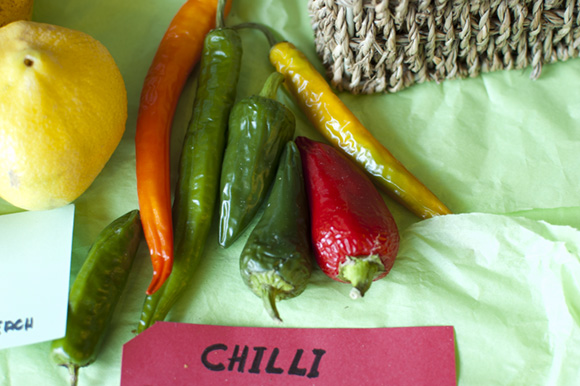 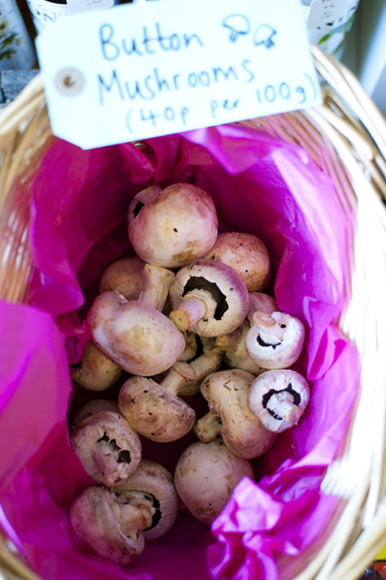 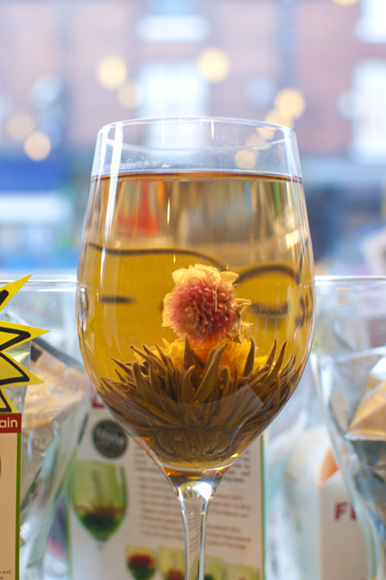 They are open later in the evening normally until 9pm (and 10pm Thursday, Friday, and Saturday) which seems to be really be working for them, as the footfall is so much higher at that time, as people come out to go for drinks, come home from work etc. People love the 'continental hours' and it's good for business. I never know why some of the cafe's on Beech road shut in the evening when most people come out, they are losing so much possible trade.
Not like they need it, but my suggestion would be to expand their website, to deliver to people who are not lucky enough to live here. They could design a great range of ready made hampers for instance, concentrating on the French produce, you could have two or three French cheeses, a few various saucisson a bottle of red & white wine, and some crackers and chutney etc - in a wicker basket of course.
We were in real desperate need of a good deli on Beech road, and I can't imagine a much better one than this, here's to year two Ludo, Cheers!

* Since writing this, Ludo has informed me that they do stock the fantastic Little Black Bomber cheese! Plus they do stock a large range of hamper baskets to make your own with.