I couldn't find a proper round up review of Belgian Christmas beers anywhere on the internet. So I thought I'd do it myself. It's a tough job but somebody has to do it!
After all I've been enjoying this stuff for 20 years.
My main suppliers are Biercell in Altrincham and The Bottle Stop in Cheadle.  Occasionally I'll make the journey to The Beer Emporium in Sandbach.
If you want to go out and drink Belgian Beer, the best places would be Mort Subite in Altrincham and Port Street Beer House in Manchester City Centre.
Of course this is not an exhaustive list by any means, there are plenty of Belgian Christmas Beers I've not included, I've just reviewed the ones I was most aware of and could get hold of here in the UK.
Some were difficult find here in the North West, so I had them sent over from Beer Planet in Brussels, which seemed to me had the largest range you could buy on-line.
Warning: These were tasted over several sessions. Don't drink all these beers in one go! 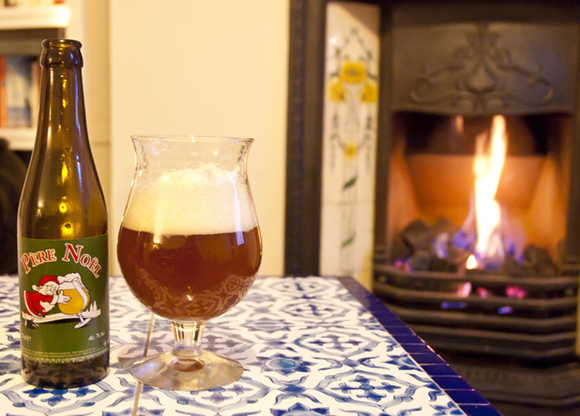 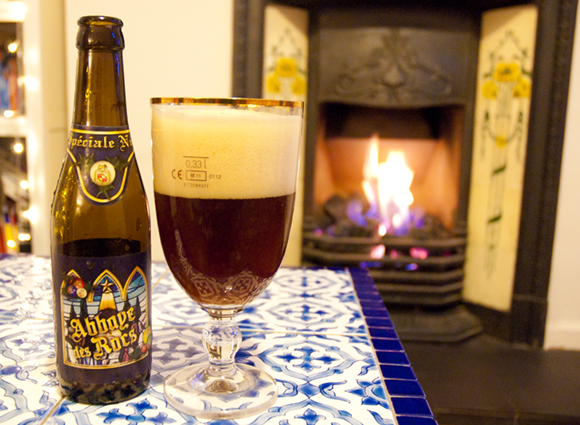 Abbaye de Rocs Noël
Style: Strong Dark Ale
ABV: 9%
It's a hazy brown colour and quite lively, it fizzed all over the glass upon opening, releasing a large head and little floating sediments into the glass.
It has a dark toffee-ish caramel flavour with spice fruit and malt notes.
This is not really my favourite style, but a solid beer nonetheless.
7/10
Bought from: Bottlestop. Also available from Biercell. 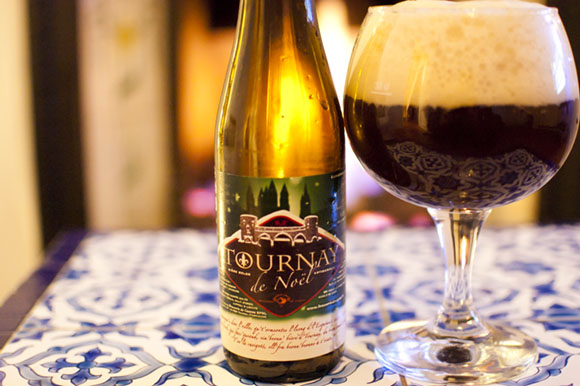 Cazeau Tournay de Noël
Style: Strong Dark Ale
ABV: 8.2%
A new brewery on me this one. Another dark brown brew, it's like a barley wine with that typical Belgian alcoholic heat that hits you in the back of the throat.
Quite bitter, nutty and complex. Has that dubbel mouth feel.
6/10
Bought from: Bottlestop. 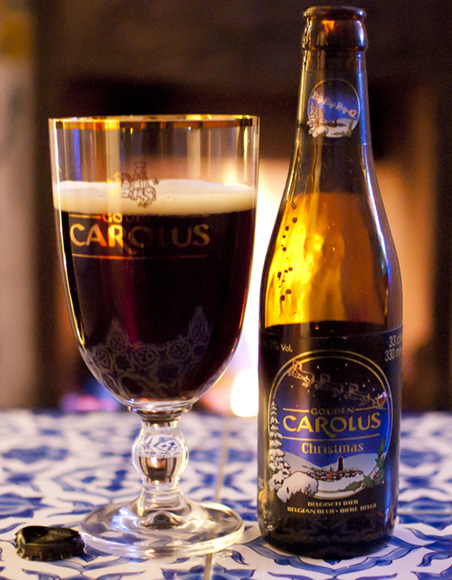 Gouden Carolus Noël
Style: Strong Dark Ale
ABV: 10.5%
This is my favourite Christmas beer, I've been drinking it every year since the days of the sadly lamented Belgian Belly in Chorlton.
I love the the label as well!
It tastes like a dark fig dandelion and burdock barley wine with liquorice and dark fruits notes. The bitterness and sweetness are in total harmony. It's just delicious.  9/10
Bought from: Bottlestop, (large bottle) Beer Planet in Brussels (small bottle)
Also available from Biercell (large bottle.) BEST BUY 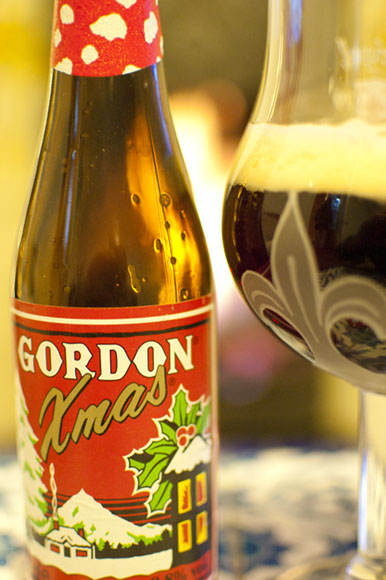 Gordon X-Mas Ale
Style: Scotch Ale
ABV: 8.8%
Apparently this beer started the tradition of Christmas ales in the 1930's in Scotland. I believe it's brewed mainly for the Belgium market.
It's like a dark toffee brown ale, but it's not overpowering, it hides it's alcohol content very well. It'd be a potent session beer!
7/10
Bought from Biercell.
Available in Gift Packs. 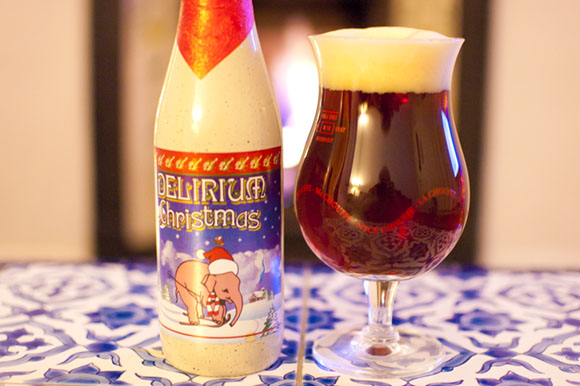 Delirium Noël
Style: Strong dark Ale
ABV: 10%
Another dark brown brew, like liquidised fruit cake. A little too tart and malty for my tastes. Not one of my favourites, but it's highly rated amongst those who enjoy this style. 6/10
Bought from: Biercell
Also available from Bottlestop. 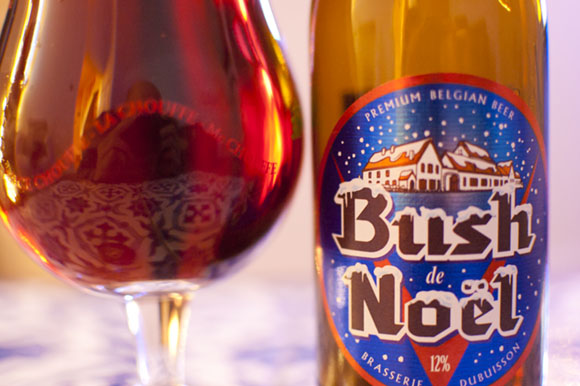 Bush Noel (Also sold as Scaldis Noel)
Style: Strong dark Ale
ABV: 12%
Even though it's 12%, it doesn't taste as strong as it is . More bitter and hoppy than malty, but slightly sweet and fruity.
7/10
Bought from: Bottlestop, & Biercell. 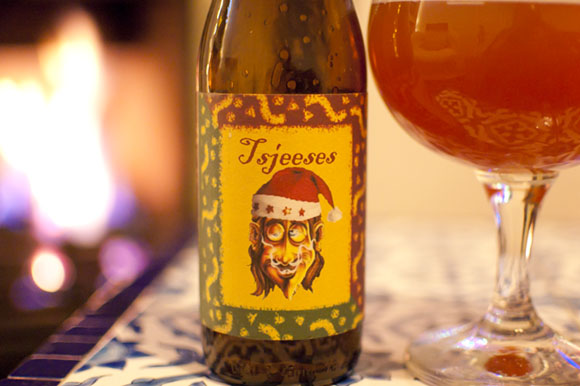 Struise Tsjeeses
Style: Saison
ABV: 10%
I didn't think I'd like this beer from the infamous De Struise Brouwers as I'm not keen on the Saison 'farmhouse' style as it's often quite tart and sour. But I loved it.
Complex and cloudy, fruity and bittersweet.
8/10
Bought from Beer Planet in Brussels (As far as I'm aware, hard to source in the UK) 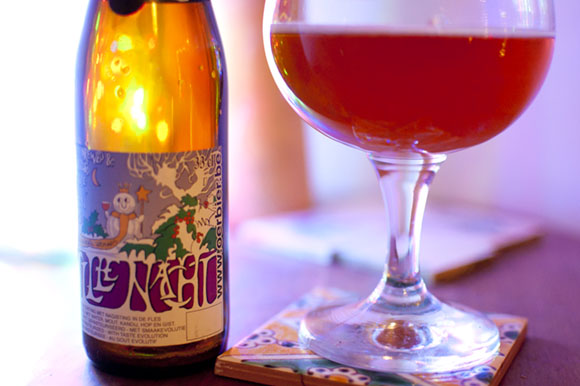 De Dolle Stille Nacht (2011 Vintage)
Style: Strong Pale Ale
ABV: 12%
On first sip I thought it was a bit too tart for my palette. Actually by the second sip I'm enjoying it a lot more. No wonder, it's 12%! It's candy sweet which balances the very slight sourness perfectly.
8/10
Bought from Beer Planet in Brussels
(Hard to source in the UK, although they have it at the Port St. Beer house)

St Feuillien Cuvée de Noël
Style: Strong dark Ale
ABV: 12%
Another dark brown brew, it tastes quite weak and thin in comparison to some of the brews I've been drinking of late. Different from the others, it's not at all bitter with very slight hints of fruit. An ok session beer. Love the label though!
6/10
Bought from: Marble Bar Northern Qtr.
Also available from Biercell. 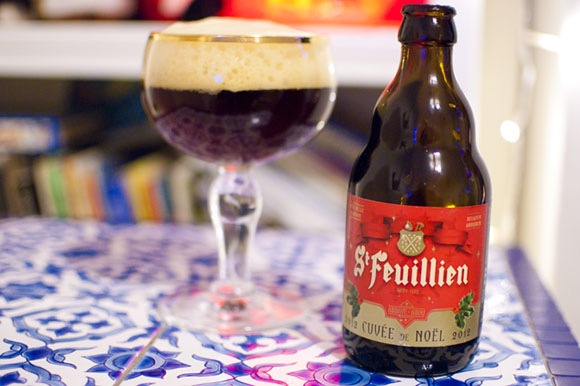 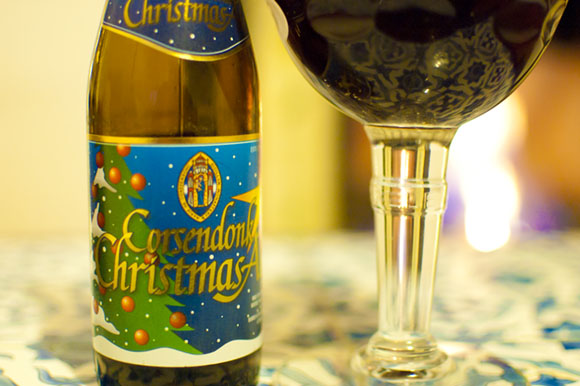 Slaapmutske Christmas
Style: Strong Dark Ale
ABV: 7.4%
This ones nice and soft with a very subtle spicey back note. Not complex but surprisingly drinkable.
7/10
Bought from Biercell. 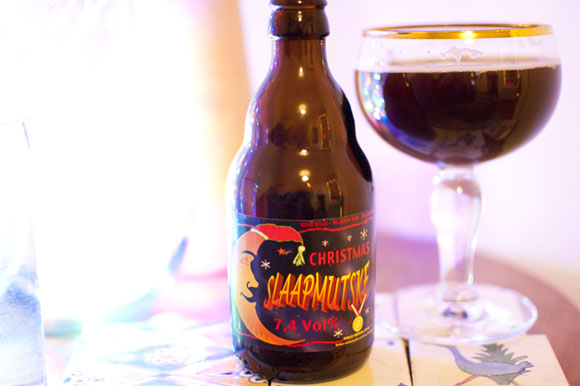 St. Bernardus Christmas Ale
Style: Strong Dark Ale
ABV: 10%
It pours a nice dark mahogany colour. It has that slight Dandelion and Burdock flavour like the Gouden Carolus Noël but not as pronounced. Caramel sweet and velvety without any discernible hop presence, it's not overpowering at all despite being strong in alcohol.
7/10 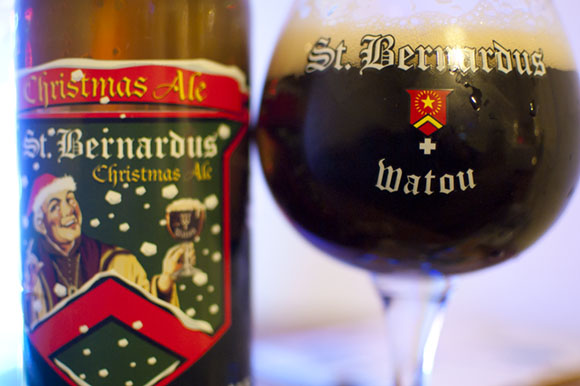 St. N'Ice Chouffe
Style: Strong Dark Ale
ABV: 10%
I'm a fan of the strong blonde Chouffe beers. This one though is a brown malty light bitter. It's quite acidic. Not one of my favourites.
6/10
Bought from: Bottlestop. 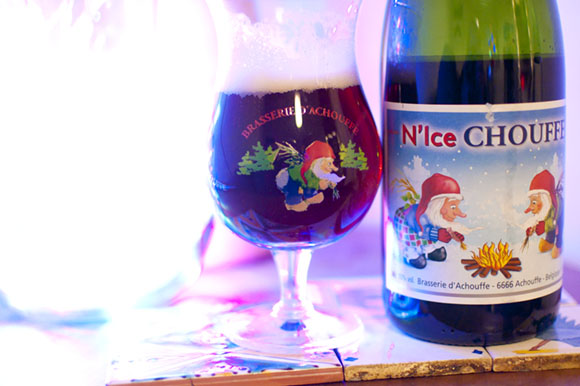 Further internet reading:
The two main beer review sites have a pretty much all the Belgian beers reviewed.
www.ratebeer.com/country/belgium/23/
beeradvocate.com/lists/top-be


*Since the government's minimum pricing came into force, sadly these beers are even more expensive than they were, the small bottles are between £2 & £4. The large bottles a lot more.

* Since writing this I was tweeted by the fantastic brewery De dolle Brewery via Biercell in Altrincham. It reads:
" You should have been at Kerstfestival in Belgium last weekend.
174 Christmas Beers !"
Now I knew there'd be a lot that I've not covered.
But 174! I've barely even scratched the surface of the wonderful world of Belgium Beers!

Follow @Bacononthebeech
Posted by Bacon on the Beech at 08:35