Everybody knows discount supermarket Aldi is cheap. We go in for basics and selected products, Parma Ham, Chorizo, and Parmesan cheese are all excellent for the price. They used to do a fantastic olive oil from Crete which was amazing value considering the quality of olive oil from that island. Occasionally they'll sell special limited stock that come in on Sunday and Thursday. I found myself in a scrum at 8.45 one morning going through cycling gear.
When I heard about  the premium gourmet range they were selling, I was not too worried, although it included a Grand Cru Champagne for £22.99 (usual market price £49.99), a Grand Cru Classé 2004 Margaux for £22.99 (usual market price £43.82), a 30 Year Old Tawny Port for £37.99 (usual market price £79.95) and a 1973 Vintage Brandy for £24.99 (usual market price £87.00).
I went down to the Wythenshawe branch the following day to get the Grand Cru Classé 2004 Margaux, thinking nobody in that area would be buying it. Wrong! A lady had been in the previous day and bought up all the stock - about 12 bottles. I bought the 1973 brandy for £24.99. It's in a glass cabinet so you have to ask the checkout operator to get one from the back, whilst a queue of disgruntled customers wonder where the staff member has gone and couldn't they just buy this sliced white and get the hell out of there. Of course then I became obsessed with getting a bottle of Margaux. I phoned my mum, of course, they'd have them in Stoke. They did. I've not drunk it yet. A friend went to Wrexham to get his bottle.
Mrs. Bacon also bought a bottle of Tokaji Aszu 6 Puttonyos 2000 for £17.99 which according to the blurb is a 'rare and celebrated Hungarian dessert wine which stunned wine critics when it won a GOLD medal at the 2012 International Wine & Spirit Competition. The usual market price for such a quality product is around £68.75 with some of the high-end retailers including Fortnum and Mason and Selfridges only selling an inferior 5 Puttonyos Tokaji for £23.50 and £34.99 respectively.' 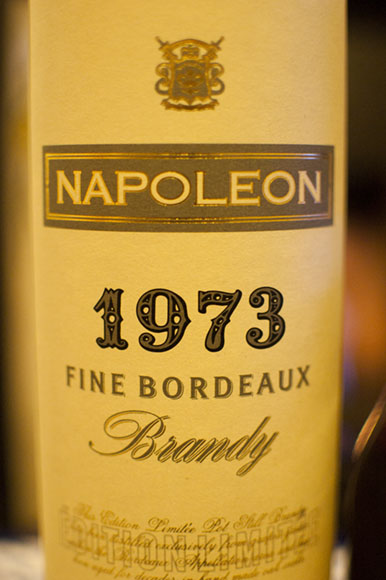 That comes in it's own little wooden box. We are looking forward to that.
You open the 39 year old 1973 vintage Fine Bordeaux brandy and give it a sniff, and it smells unbelievable, like Christmas.
It's like every year Santa decanted all the booze given to him from various parents into a wooden barrel and left it to mature for nearly 40 years. On tasting you get the heat from the alcohol, but it's smooth and dry. You can taste it's been matured for decades in these French oak casks. The heat from the alcohol goes up the back of your nose, and a warmth comes over you.
Do yourself a favour this Christmas, get yourself a bottle and settle down with the lights down low on Christmas eve and watch the superior version of A Christmas Carol, 'Scrooge' with Alistair Sim. As they insist on playing the colourised version I have to remove the colour from my TV to see it in it's full glory. I always wait until the moment of the film where a reformed Scrooge is hanging out of the window, shouting out to a boy in the street to send him the biggest bird from the butchers 'and there's half a crown in it for you'. It's one of my most favourite moments of film. A giggling ecstatic Alistair Sim is so joyful to watch, it's hard not to shed a tear.
You'll never feel more Christmassy. 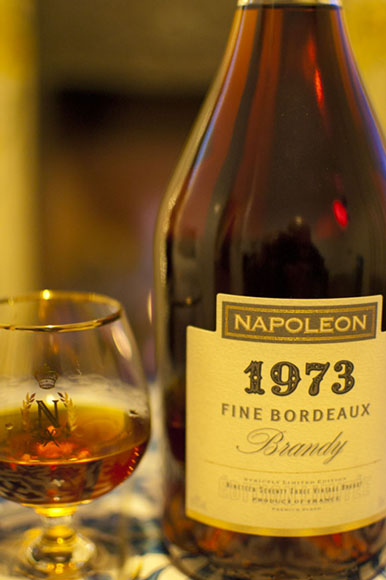 1973 Vintage Bordeaux Napoleon Brandy is currently available in Aldi stores while stocks last.
Follow @Bacononthebeech
Posted by Bacon on the Beech at 09:28